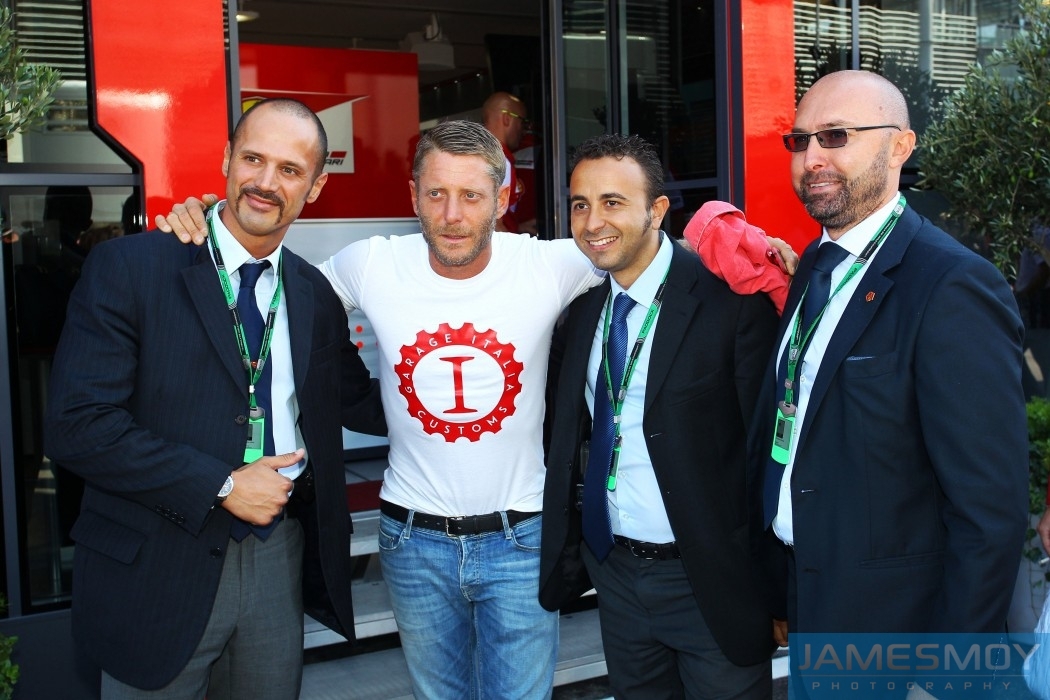 Here we are already over the halfway point of the season. Thankfully, the Hungarian Grand Prix provided a glimpse of what Formula 1 is capable of delivering when everything comes together. Let’s just hope for the same degree of unpredictability in the remaining events. On a less positive note, what is more worrying right now is the obvious fact that Formula 1 fails to excite the corporate world in the way that other sports are doing. Sure, there are lots of stickers on the cars and badges on team uniforms, but if you delve under the skin, you’ll find a dearth of what were once referred to as Title and Major Sponsors.

I’ve repeatedly complained that Formula 1 is now operating in such a vast bubble that it has lost sight of the bigger picture in so many ways; a picture that I’m finding many of the other sports I come into contact with have recognised. However, that’s only a part of the problem! In the past few weeks, under the guise of a project I’m working on, I’ve been doing some research into the thoughts and opinions of sponsorship within a few fairly high-profile companies. It’s confirmed to me that the problem I outlined lies a lot deeper than just a lack of innovative, professional selling skills within many of motorsport teams themselves.

Firstly, the corporate world is being presented with an ever-increasing number of sponsorship proposals. Imagine for example, the number of these that land on the desks of a global bank like HSBC – well into the tens of thousands worldwide, I believe. The sheer scale of these proposals means that only a few will ever be looked at. That in itself is a problem. More alarmingly, what was blatantly obvious in my research was that many of the marketing personnel working in the middle-management levels of companies don’t have a clue about the tremendous business development potential that sponsorship has the capability of delivering. At best, when confronted with the question they would wheel out the three old “faithfully”: brand awareness, hospitality and PR. That was it, end of story.

Furthermore, what also became obvious was that these same people demonstrated a reluctance to listen to anything that didn’t fit in with their own fixed views of what sponsorship could deliver. In other words, only ideas that emanate from within, or in some cases, through the agency that they use, would be considered. It doesn’t need much thinking to understand why this attitude prevails – fear of the unknown, that’s what that is.

Sending out what we all refer to as proposals is rather like trying to win the lottery.

The current situation immediately takes my mind back to that old story about King Harold, who in 1066, on the night before the Battle of Hastings, was asked by his servant if he wanted to talk to a salesman who had called, offering a new weapon which he believed might help King Harold win the forthcoming combat. Harold’s reply was the classic “tell him I’m too busy preparing to fight a battle to talk to a salesman”. Not a problem, the salesman told the servant and threw a cover back over the new invention in his cart, a machine gun, and carried on to the next town! That sums up far too many marketing departments in the corporate sector when it comes to creative sponsorship opportunities.

The final problem, which results in a lack of sponsorship, is blindingly obvious. The clue lies in the word ‘proposal’. How can you possibly send a proposal to a company and expect it to excite or even interest that company, when it has been put together without any prior discussion whatsoever about the detailed business issue that faces the company, both in the short and medium term? It’s no different from walking into a shop and the salesperson approaching you with an assortment of products under his arm that he thinks you might want to see! It’s ludicrous. Virtually every sponsorship deal that I have ever secured has been based on thorough research with carefully targeted companies. Once I know some of the issues that a particular business face, then I can devise a proposed sponsorship strategy designed to meet those specific issues. Sending out what we all refer to as proposals is rather like trying to win the lottery.

You’re probably now thinking that what I’ve said is all very well in theory, but impractical in the real world of sponsorship selling. If you are, then you’re wrong. I’d like to use a short anecdote to explain why I say this. For the past three years, I’ve been invited by the BRDC to deliver sponsorship sales training courses at Silverstone for their Superstar and Rising Star drivers. During last year’s course I was running through one of several case studies that I use to highlight a specific sponsorship strategy. The case study involved a sponsorship deal that I secured many years ago which allowed me to turn professional as a race driver. At that time, a season of Formula Ford cost around £12500. My sponsorship deal was for £25000. As I explained to the delegates the way that I’d gone about selling this to the company in question, I could immediately sense that a few of them were thinking that a deal going back many years had no relevance whatsoever to the current times.

They were far from the truth. When I’d finished explaining how I’d structured the proposal and then outlined the strategy that I’d created for commercially exploiting the deal to deliver the agreed objectives, one of the delegates stood up. He introduced himself as currently being a Director for the company in question and went on to tell everyone that the way I’d structured that sponsorship deal with his company all those years ago, would be just as relevant and successful today. There were a few stunned expressions amongst the delegates! This person went on to say that he agreed 100% with me that the one thing that never changes in the business world is the determination to sell more products and to increase market share. My deal was designed to do just that and that’s why I got the budget I mentioned.

When I worked with Benetton F1, I got to know some of the people at Hewlett-Packard, one of our sponsors. I can recall visiting their Head Office in Bracknell and during a meeting with their marketing personnel, being told that HP was not in the business of selling computers, it was in the business of providing business solutions. It struck a chord! That’s how I’ve always felt about my activities in respect of securing sponsorship. I make a point of never looking upon it as selling sponsorship, or even finding business partners. I like to think of what I do as a way of finding effective solutions, through the use of creative and innovative sponsorship strategies, to some of the challenges that a company faces in selling more of its products or services and increasing its market share.

The more I do to help a company increase its sales and marketing share, the more sponsorship deals I seem to secure.

Gary Player, the South African golfer, used to say that the more he practised, the luckier he became! I like to think that the more I do to help a company increase its sales and marketing share, the more sponsorship deals I seem to secure. When I talk to teams, drivers and often parents about the business of securing sponsorship, many tell me that their most difficult task is to decide upon which companies to approach. I have a proven way of showing them how to tackle that topic successfully. However, a high number will say that for them, the most difficult part is getting a meeting. I can understand these concerns, particularly in today’s business world, where so many people use their voicemails as a defence mechanism to avoid speaking to anybody. It fits in with the current fashion for walking around with a giant pair of headphones on one’s head designed to discourage a potential conversation with the wearer. Communication skills, which one might have expected to improve as the world develops, have in fact done just the opposite. One of my pet hates is the use of emails instead of talking face to face or over a phone. I wouldn’t mind if the use of emails meant we were less busy, but that’s not the case. Thousands of the wretched things bombard us all in our daily business lives and I’m finding that for many people it makes them feel more important to deal with everything electronically. The trouble is that unless they are written with care, emails can be ambiguous, hostile, rude and thoughtless.

It’s not going to change much, in my opinion, so if you can’t beat it, make sure you get it to work for you. In my courses, I explain how you do this, but it’s not enough to be good with words. Today you have to be creative in finding the route to speak to people. That has been one of the skills that I’ve developed and it’s based on a combination of honed communication skills, both written and oral, some psychology and a double dose of sheer bloody-mindedness! Don’t give up just because the switchboard operator tells you “we don’t give out names” or “she doesn’t take calls” or, the worst of all, “put it in writing and if we’re interested we’ll get back to you”.

Be ingenious. It’s not difficult if you are determined not to be beaten.