Status Quo… great on stage, not in motorsport! 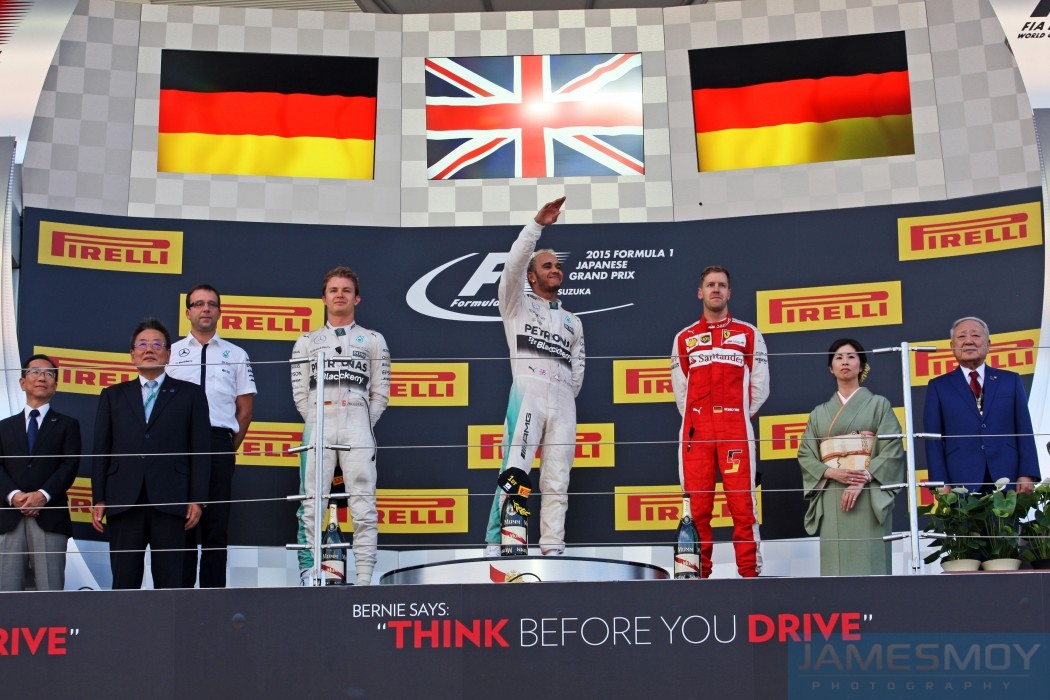 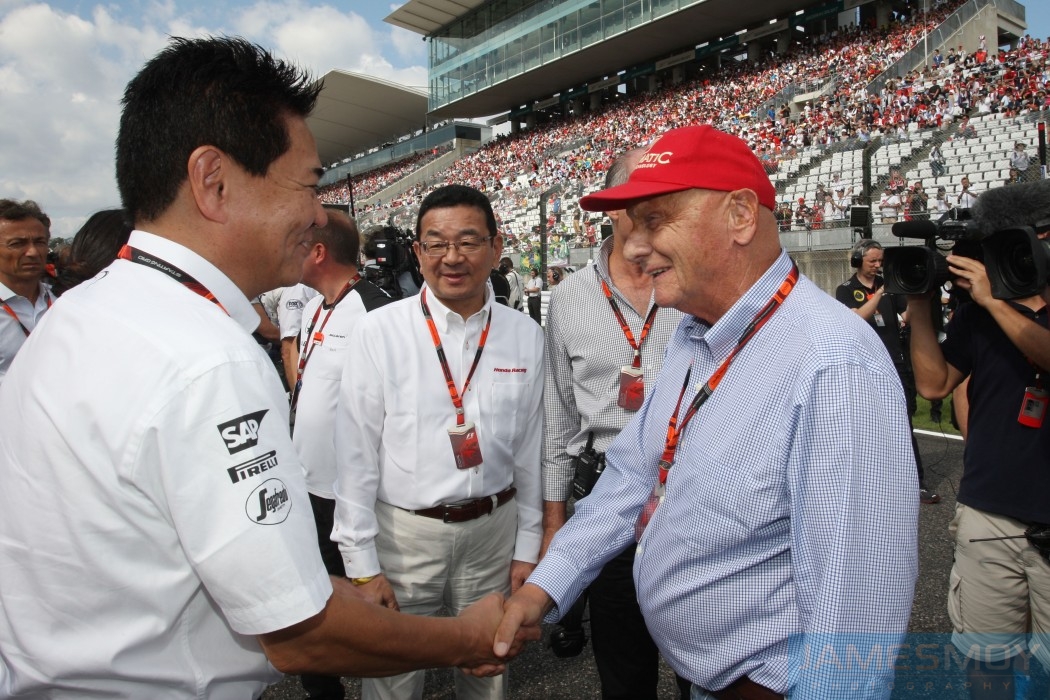 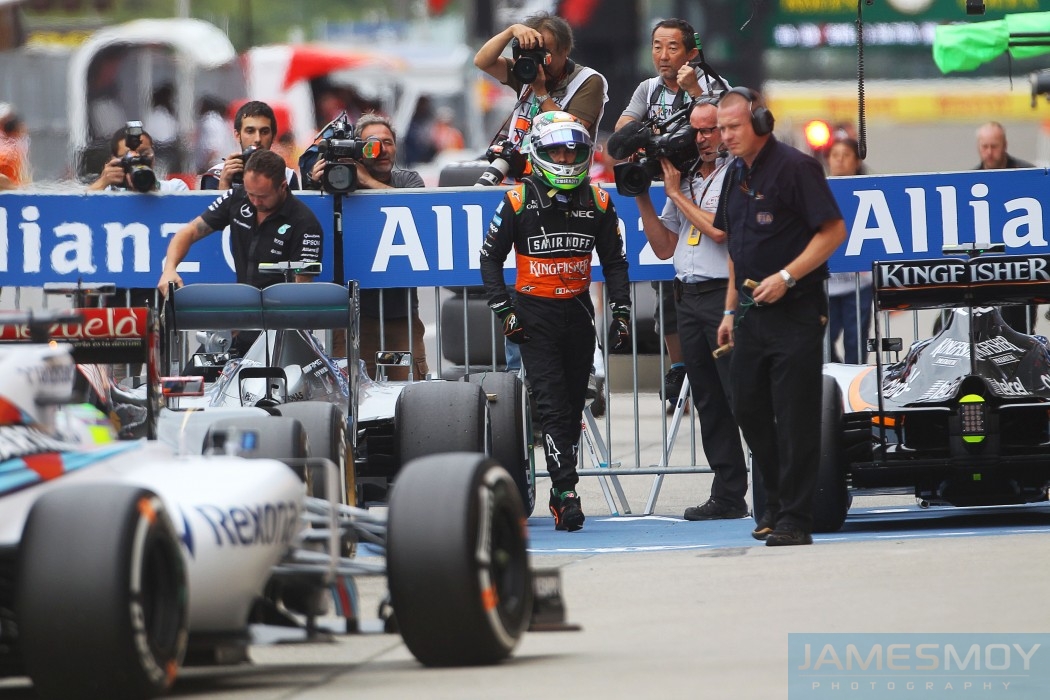 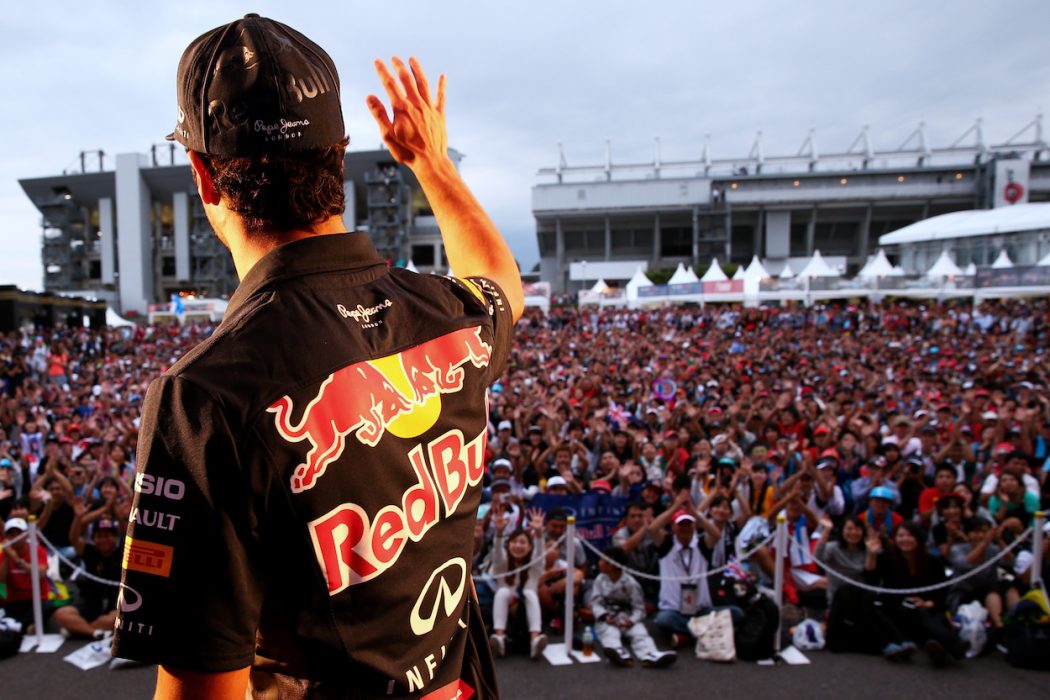 SUZUKA, JAPAN - SEPTEMBER 26: Daniel Ricciardo of Australia and Infiniti Red Bull Racing waves to the crowd in the fanzone after qualifying for the Formula One Grand Prix of Japan at Suzuka Circuit on September 26, 2015 in Suzuka. (Photo by Mark Thompson/Getty Images) 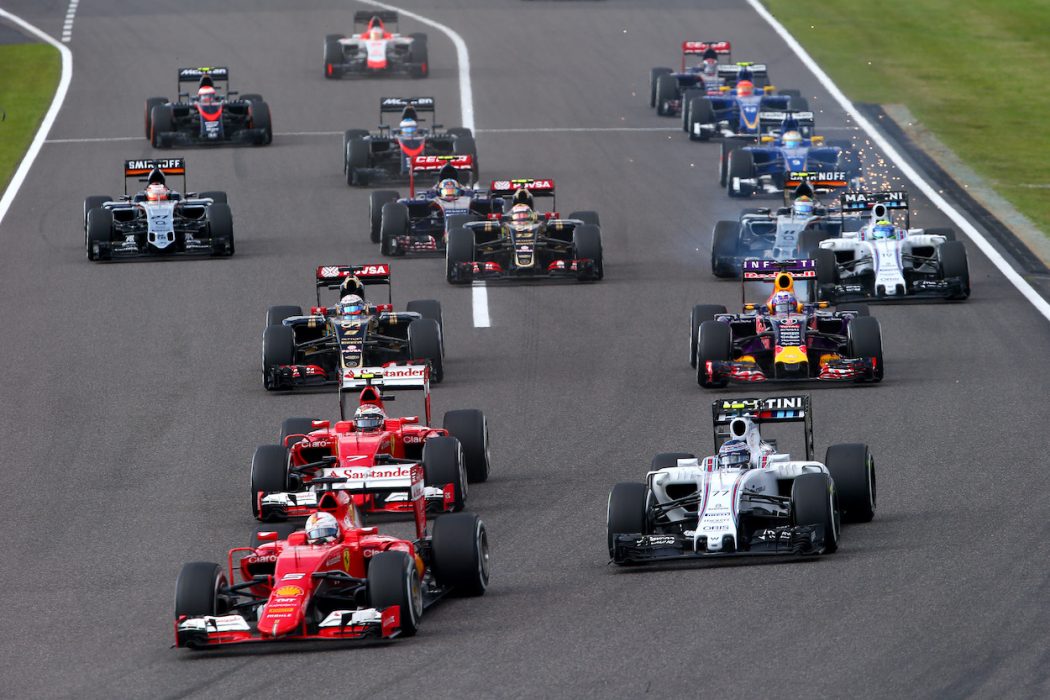 SUZUKA, JAPAN - SEPTEMBER 27: Sebastian Vettel of Germany and Ferrari, Valtteri Bottas of Finland and Williams, Kimi Raikkonen of Finland and Ferrari and Daniel Ricciardo of Australia and Infiniti Red Bull Racing drive in to the first corner during the Formula One Grand Prix of Japan at Suzuka Circuit on September 27, 2015 in Suzuka, Japan. (Photo by Mark Thompson/Getty Images)

I was pleased to receive a very positive response to my recent Money, Egos & Speed feature named “Are we brave enough for a new approach?” You may recall that in the article I put forward a few ideas, some of them quite controversial, which I genuinely believe might greatly improve the direction in which Formula 1 is heading.

In particular, there was a lot of interest in the concept of introducing an F1 driver qualifying event, to be run in December each year, aimed at ensuring that the World F1 Championship really is about showcasing the very top professional racers, not those who have arrived simply by bringing huge amounts of funding, or who happen to be extremely well connected within the sport.

Of course, there were also quite a few people who believed that if paying drivers didn’t bring these budgets with them, many of the teams would flounder. That’s exactly the point I’m making. Should F1 teams really become little more than exotic car rental companies, hiring out expensive cars to the relatively small number of people who can afford the exorbitant fees?

I was interested to read Mark Webber’s latest interview for BBC, along similar lines, where he argues that the depth of talent on the F1 grid is probably as low as it ever has been.  He also believes that the number of pay drivers on the grid is lowering the credibility of F1. Interestingly, Mark then goes on to talk about the need for F1 drivers to be seen as gladiators, driving cars that test them to the very limit. Few people will argue that what we are currently seeing right now is a long way from that ideal scenario. Let me put one thing straight, I don’t believe that F1 pay drivers are necessarily slow, it’s just that talent alone is rarely the reason that they are on the grid and that’s just not good enough. F1 should surely be about the world’s top racing drivers competing against each other in a meaningful World Championship.  Is that the case right now?

I still think that my strategy of creating a World Championship Qualifying Event would work, albeit with some fine tuning, but is it likely to happen? The problem is that there are too many people with a vested interest in maintaining things as they are and I’m not just referring to F1 when I raise this issue.  Just look at some of the budgets that fathers are bringing to teams at the lower levels of the sport so that their sons or daughters can achieve almost guaranteed success. It highlights the real problem motorsport is facing….a lack of credibility. I hear an increasing number of people within the Paddock referring to the “spoilt brats” who strut their stuff because they have budgets almost double those of the average competitor.  In the process they can choose the very top teams, test more, spend more on new tyres, use the simulator more often and not worry about accident damage costs. It’s hardly surprising that the kids often do very well, but does it do much for their credibility? I don’t believe that it does.

If the sponsorship “product” is designed in the right way, I am totally convinced that a well-trained, organised and motivated professional sales force should be able to secure the budget levels that would allow the team to choose their drivers based on talent.

Returning to F1, I’ve often heard Bernie say that if Grand Prix teams can’t put together the budget to operate at an appropriate level, then they shouldn’t be there. What I’m saying is that it’s not only in F1, but across many other categories in motorsport, where many team owners simply sit back and wait for drivers with comprehensive budgets to come to them.  What’s wrong with that, you might ask? Nothing is wrong, as long as you just want to maintain the status quo, but please don’t try telling me that the situation can’t be changed. Of course it can! I personally think that it’s about time the cosy world of motorsport opened its eyes and realised that unless it collectively makes a seriously concerted effort to introduce some radical thinking right now, we’ll rapidly start sliding back to those days when the business world viewed it as a minority sport and certainly not in their top ten list of sponsorship options. As I say many times, the world is changing at a dramatic pace, whether viewed from the economic, political, humanitarian or any other aspect. Motorsport cannot afford to bury its head in the sand and carry on in the same old way. There is an urgent need for it to be developed into a product capable of meeting the changing demands of the business sector. If it doesn’t, then it will continue to become increasingly irrelevant.

All too often, I hear people tell me that the attitude of motorsport teams comes across as being sublimely arrogant. This is what motorsport offers, they will tell companies and this is what we can do for you. Dressing that up in an expensive sales presentation doesn’t solve the underlying problem. Too many assumptions are being made of what potential sponsors want, whether in the UK, Europe or anywhere else. Little meaningful research is being done within targeted companies before approaches are made and that is why so many proposals fall on deaf ears.

By introducing a driver qualifying system, not only in F1, but maybe also at other steps on the ladder, the onus for securing sponsorship would move back to the commercial departments of race teams, rather than on drivers. Yes, it would be tough, but think of the benefits if you ran a team and could select your driver purely based on talent. Too often in a team, one pay driver is effectively subsidising a faster driver. That’s fine at a lower level, one could argue, but not at the pinnacle of the sport. It means that around 25% of the grid is there through a big wallet rather than by choice.

If the sponsorship “product” is designed in the right way, I am totally convinced that a well-trained, organised and motivated professional sales force should be able to secure the budget levels that would allow the team to choose their drivers based on talent. I don’t apologise for carefully using the words “professional sales force” as opposed to purely a collection of marketing personnel.  What I do recognise, however, is that the sponsorship product can only be saleable if it operates within a credible championship. By improving both elements, we really might just see our sport’s top 22 drivers racing for the World Championship.

Listening to the views of many people to whom I talk about F1, it’s obvious that there are still several other problems facing it, if it is to return to the heady days when it was a must-have sport for any TV broadcaster. I’m a huge admirer of what Bernie Ecclestone has done for F1 and I don’t buy into the view that it needs to become far more democratic. Having watched some other sports deal with the joys of true democracy, I have yet to be convinced of its merits.

Maybe, however, there is another way forward; one which I feel would greatly benefit the sport without losing the essential need for fast decision-making and the provision of a coherent single voice.  I would like to see a formalised F1 Advisory Board brought into effect. It’s an increasingly popular step in the business world today. It’s an interesting fact that JMI, one of the most successful sports marketing companies in respect of securing F1 sponsorship deals, has relied heavily upon the advice provided by a number of talented and experienced advisory board members.

I’m a member of the Industrial Advisory Board at Oxford Brookes University, which is widely recognised as being one of the leading providers of engineering talent to F1 teams. In this role, I’ve witnessed for myself the benefits that can be derived from bringing together experts from a number of varied sectors such as business, education, motorsport and even government to add their views, opinions and often advice when requested by key figures within the faculty.

I’m sure that a lot of advice is freely given at present within F1, but I feel that there is a need for a formalised structure that provides a well- balanced sounding board. Surely this could prove extremely beneficial if it genuinely represents those sectors that have a bearing on F1 as a product.  Such a board would not have decision making powers, but would bring a wealth of valuable expertise to the party. The number of areas represented could include influential business figures, fan groups, the media, corporate sponsors, CSR experts, sports marketing and technical experts.

Used in a purposeful way, such an advisory board could play a big part in ensuring that important decisions for the future development and direction of F1 take into account the representative viewpoint, needs, thoughts and aspirations of these key sectors. It certainly wouldn’t be yet another working group or sub-committee or similar. I think we already have more than enough of those in motorsport. It would need to be carefully constructed and bold appointments made that avoid cries of cronyism. Length of tenure would be designed to ensure that the board constantly introduces new blood.

I can’t see a real downside to the introduction of an F1 Advisory Board. It might even be worth introducing such an idea into the running of motorsport in general. Why not? Well, it could be argued that a lot of people would be only too happy to retain the Status Quo. A great group, but I don’t think at home in motorsport!