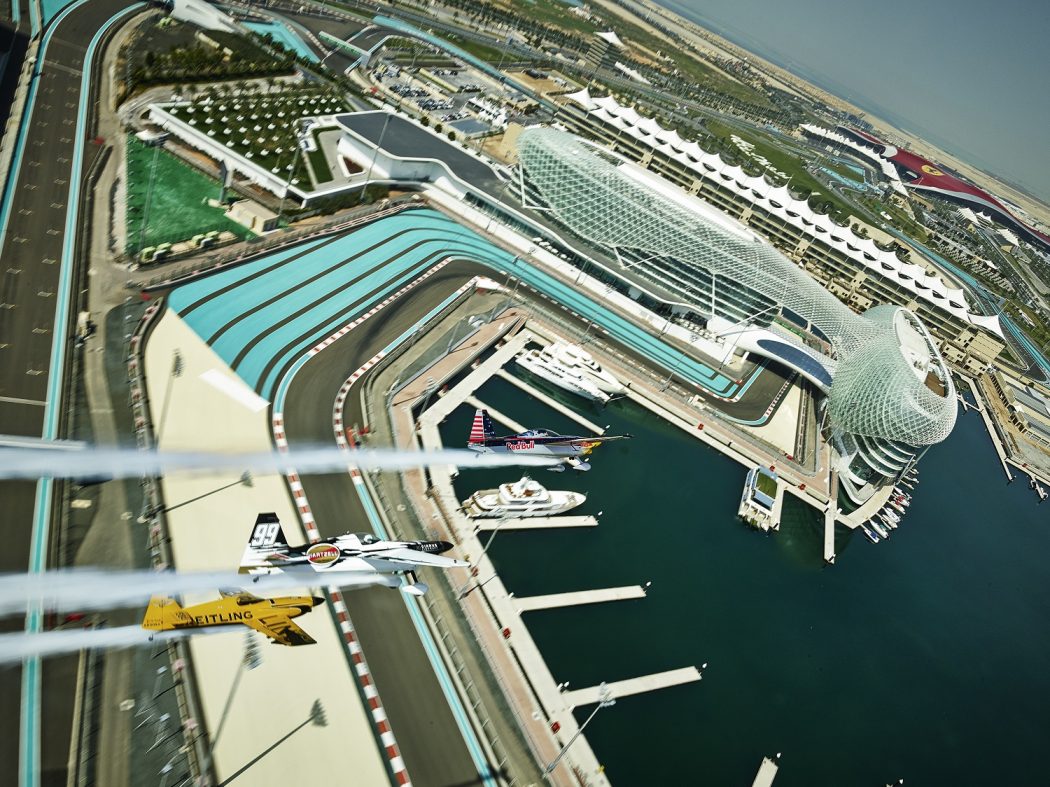 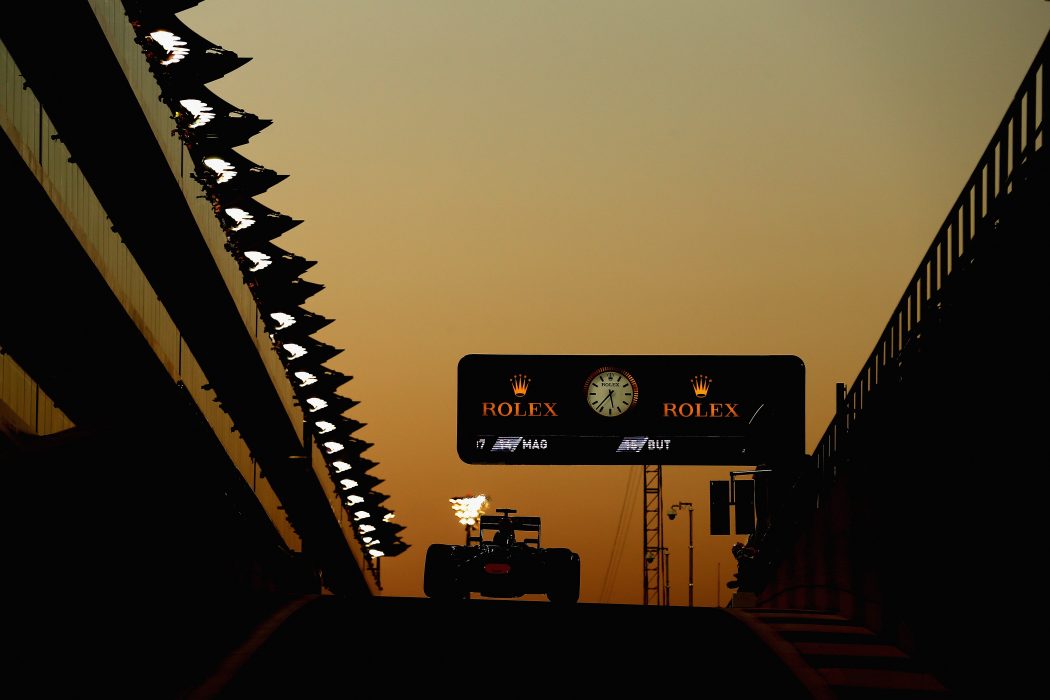 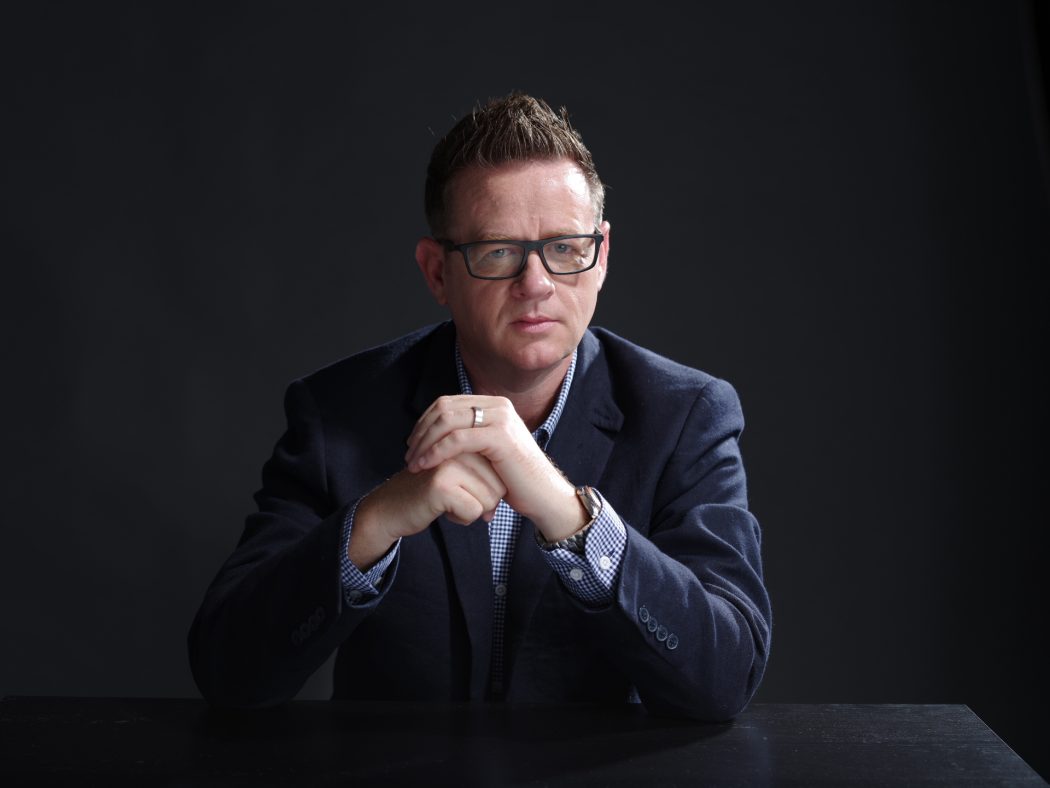 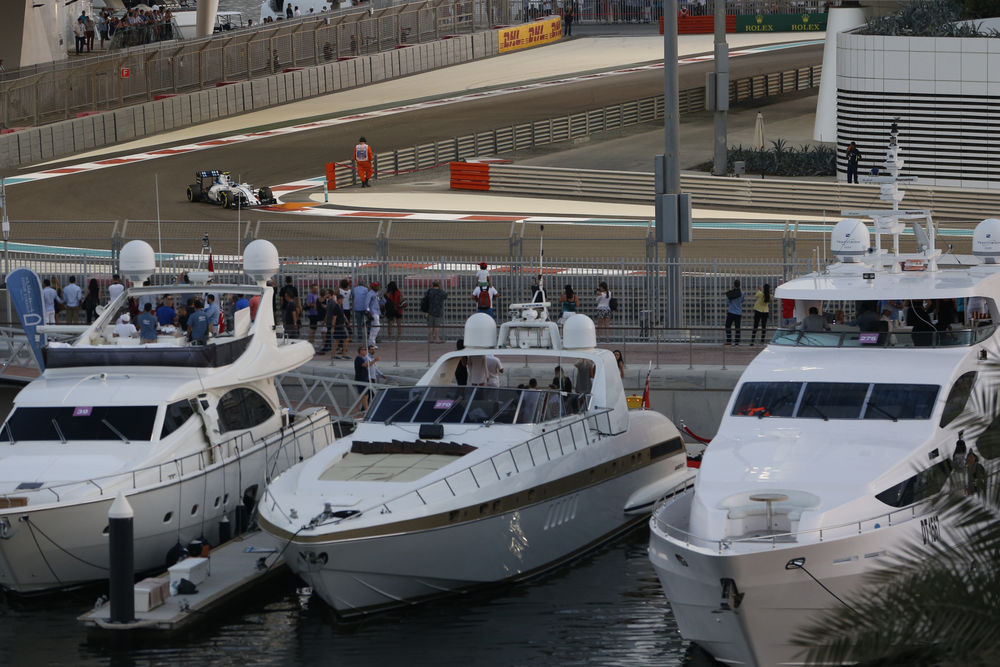 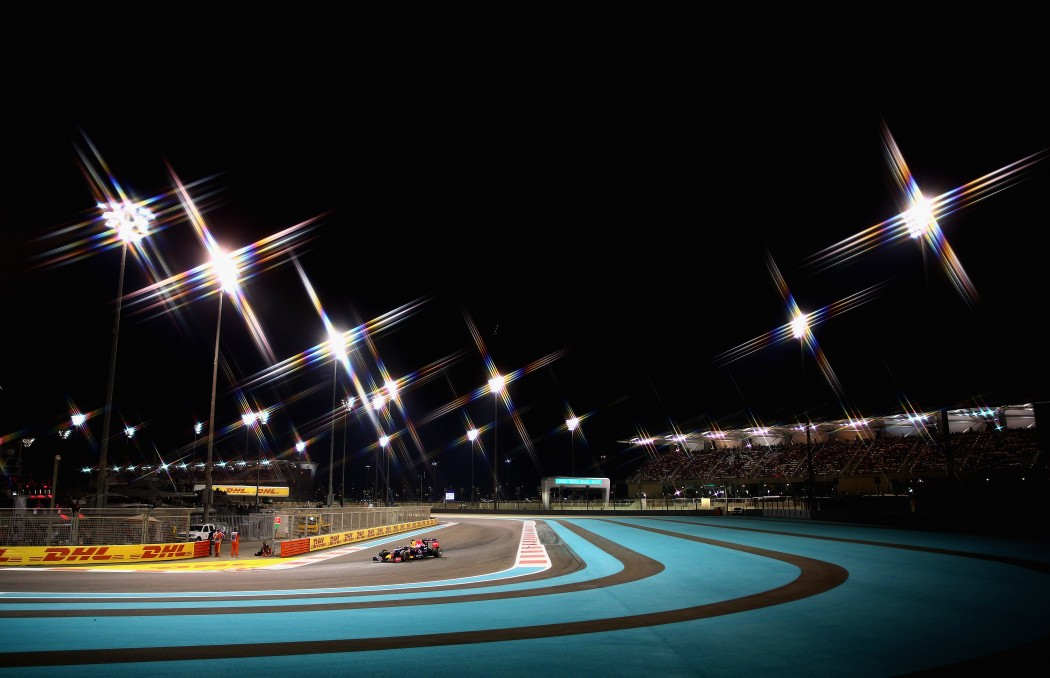 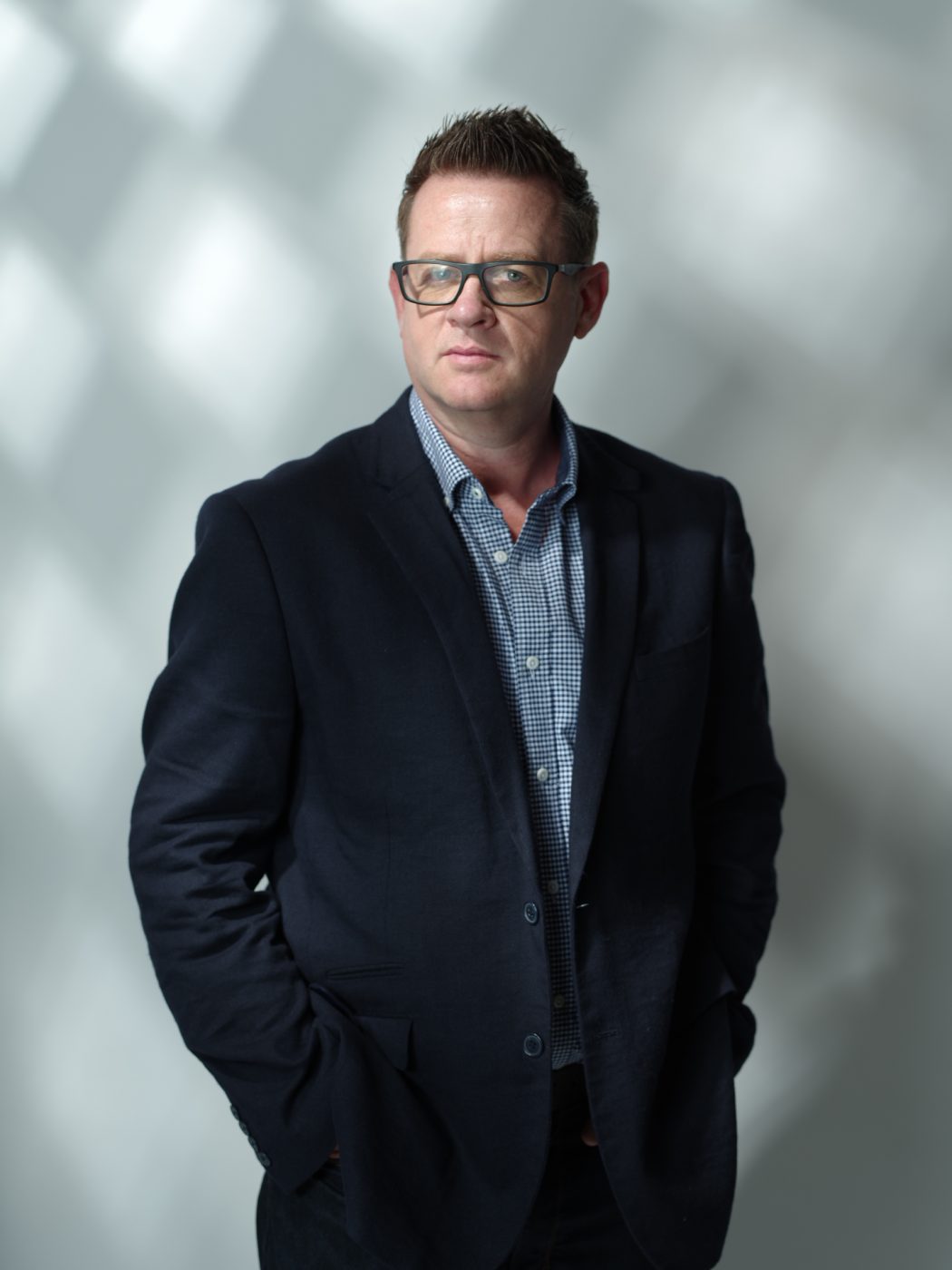 Mark has been responsible for setting up and operating several of the newer race tracks in the emerging markets. Previously Operations Director in Bahrain, Abu Dhabi and VP – Operations in India, Mark Hughes set up his own company, Mrk1 Consulting in 2013. Operating out of Bahrain, he has successfully opened new tracks in Russia, China and Thailand in the past three years and has exciting new projects in Cambodia, Indonesia, India, Canada and Europe. Mark is available to advise and guide anyone thinking of building a race circuit or helping operators of existing circuits to review their operational efficiencies, however today he writes for us about the Yas Marina Circuit and what the Abu Dhabi race really means to the sport of Formula 1.

I have a very emotional bond to all of the circuits I’ve had a hand in operating. They are incredible places, each with its own unique character and challenges and I give my all to running my tracks.

In 2009 I was asked to help prepare Yas Marina Circuit for the first Grand Prix. The whole team was up against some tough deadlines but come Friday 30th October 2009 we amazed the world with the most extravagant, luxurious circuit the world had ever seen and it looked simply spectacular under the floodlights.

I left straight after that inaugural run to build the new Formula 1 track in India but was lucky enough to go back to Abu Dhabi again for a further two years and another two races. It’s a special place.

Formula 1 needs extraordinary venues. Yes, venues with massive crowds are important – look at Mexico or Silverstone for real atmosphere! However, the sport is all about glamour, the “show” and Abu Dhabi has created a real show-stopper to close the season. The country is welcoming, there are incredible concerts, parties, superyachts, hotels and of course the spectacular track.

Formula 1 is still, in many ways, in its infancy in the Middle East. The first race in Bahrain was only 12 years ago as opposed to Europe where you have generations of sincere fans. The sport is still growing. It’s also doing an amazing job of attracting tourism. I haven’t met a Formula 1 fan that has made the effort to go to Yas and who has come away disappointed.

There simply are no facilities like the ones in the Yas Marina Circuit anywhere in the world. It’s incredibly accessible with six hotels on the island and more coming, two incredibly well serviced, international airports within driving distance, simple visa processes for entry to the country, meeting and team facilities second to none and a circuit team that thrives on customer service.

I haven’t met a Formula 1 fan that has made the effort to go to Yas and who has come away disappointed.

But it goes deeper than that. The Chairman of Yas Marina Circuit, His Excellency, Abdulla Khouri, is also an Executive Director of Government Affairs. The Chairman, the other board members and the management team all understand that the Abu Dhabi Grand Prix and how it is run reflects directly on the nation and it is a global showcase for Abu Dhabi. Nothing is left to chance in the planning and execution of the event and everyone from Mr Ecclestone right through to the ticket buyers are treated like VIPs.

Motorsport in the Middle East

As I mentioned, the Middle East motorsport scene, particularly circuit racing, is still in its infancy compared to the more established markets. Traditionally rallying and desert raid events have been around here for some time.

Since 2004 and the first Bahrain Grand Prix, we have seen other world-class facilities developed with the Losail Circuit in Qatar hosting MotoGP and World Superbikes, the Dubai Autodrome with its incredibly popular Dubai 24hrs, the Bahrain International Kart Circuit with its numerous CIK world championship karting events and now a new world-class track being designed and built by Hermann Tilke in Kuwait.

In addition to this, we’ve seen numerous championships visiting the region from the Australian V8 Supercars to TCR International, WTCC and WEC.

This year also sees the launch of TCR Middle East and the Middle East F4 championship which complement the existing series like the highly successful Porsche GT3 Cup Challenge Middle East, Formula Gulf from Dubai and the Bahrain Superbikes to name a few.

My latest interview for @PaddockMagazine in readiness for the final @F1 round of 2016 https://t.co/pxdc4DN27H

However, one of the biggest challenges in the Middle East is its transient population. When the majority of your residents often move on after a few years it makes it very challenging for series to establish longevity. It will take several generations before we see the children of Arab nationals coming through the ranks but it will happen thanks to people like Sh Salman Bin Isa or Khalid Al Qabasi, both of whom have kids successfully competing in karts right now.

Infrastructure can make or break any major global sporting event and hotels are a crucial part of this. Yes, Abu Dhabi and the Middle East, in general, is awash with wonderful hotels but unfortunately, we’ve seen races crippled by ludicrous price hikes in the past. At one time it was cheaper to stay in Dubai and drive to Abu Dhabi for the race. This surely can’t be the goal of the Abu Dhabi government or the tourism authority and I know measures were taken to address this.

When the majority of your residents often move on after a few years it makes it very challenging for series to establish longevity.

I think we will see a shift in the way Formula 1 sees its fan base in the near future and I for one think this is long overdue. Formula 1 isn’t just about partnership bonds although it is a highly successful industry with myriad business-to-business spin-offs created over the years.

But, going back to the fans, the cost of attending a Grand Prix is already high and we mustn’t neglect our fans, both old and hopefully the new. Accommodation is crucial as a race ticket is typically a three-day item, unlike a Premiership soccer match for example. As a result, in order to thrive we have to identify our customers’ needs whether these are the campers from Silverstone, the RV owners from Austin or the five-star hotel guests in Abu Dhabi and create a sustainable affordable event that becomes an annual family fixture.

The key to making races successful is having a coordinated approach with all stakeholders, making sure everyone understands the importance of the event and the significant economic impact it will have on the wider community.