The F1-75 is unveiled by Ferrari 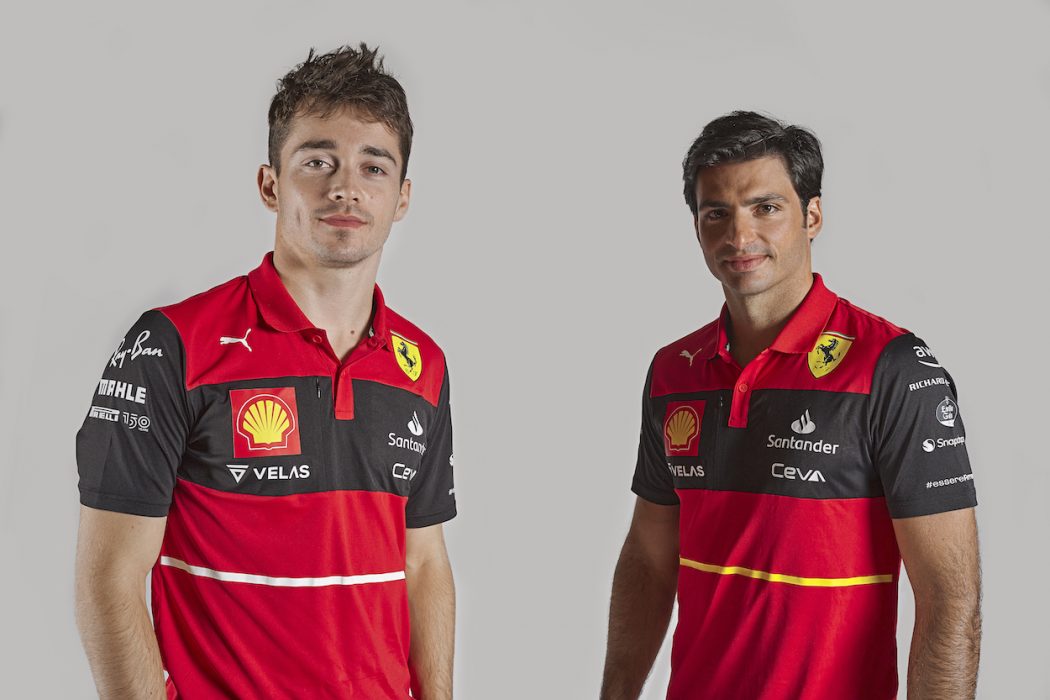 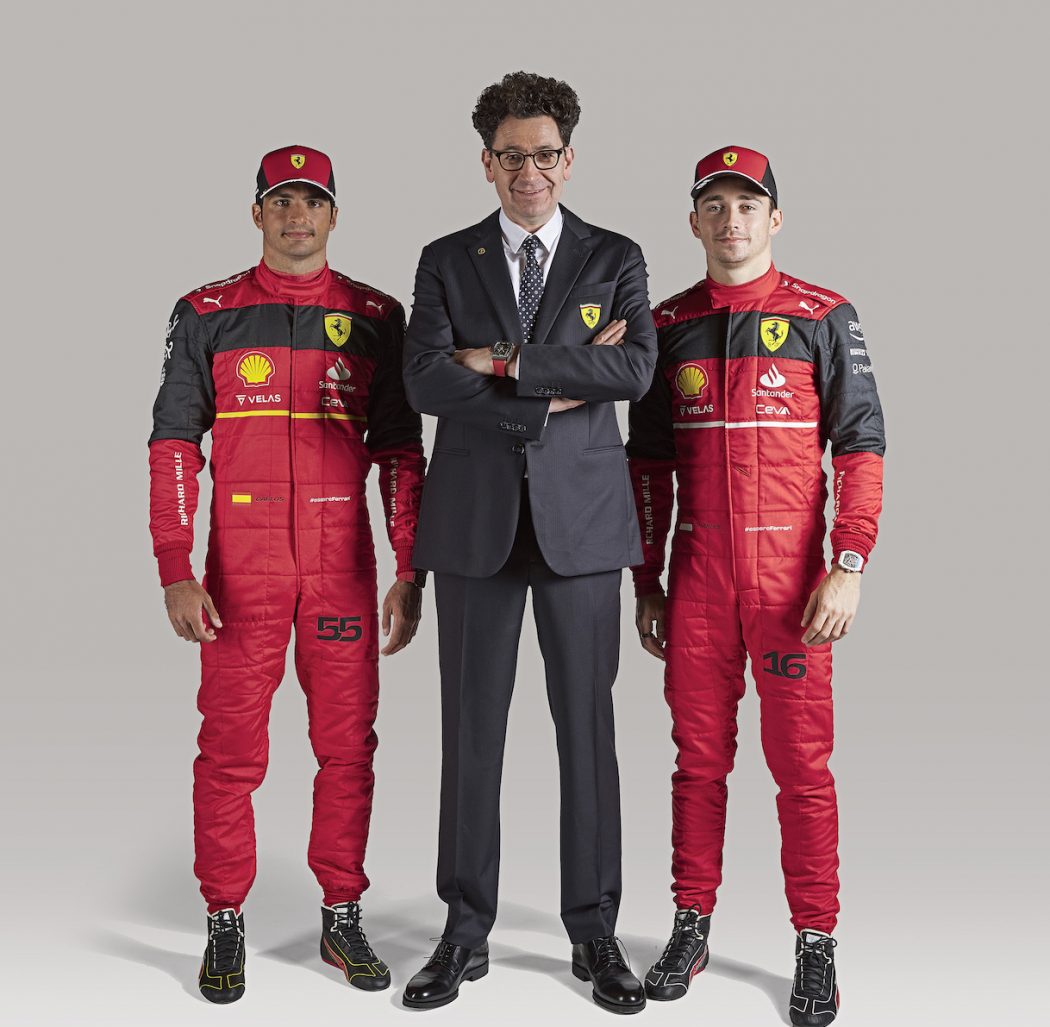 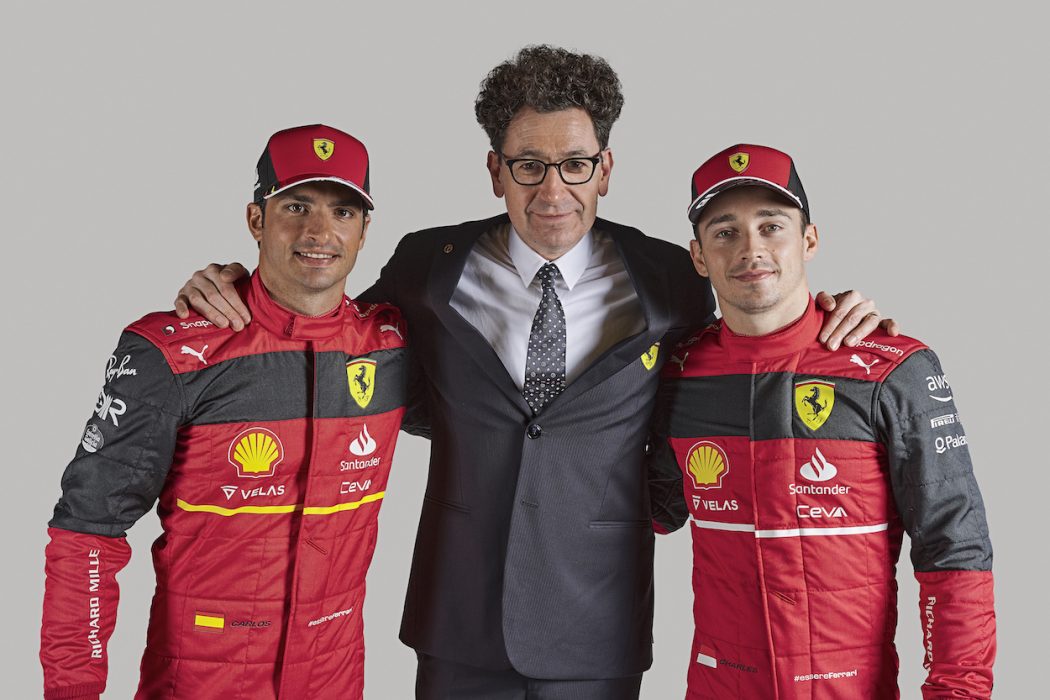 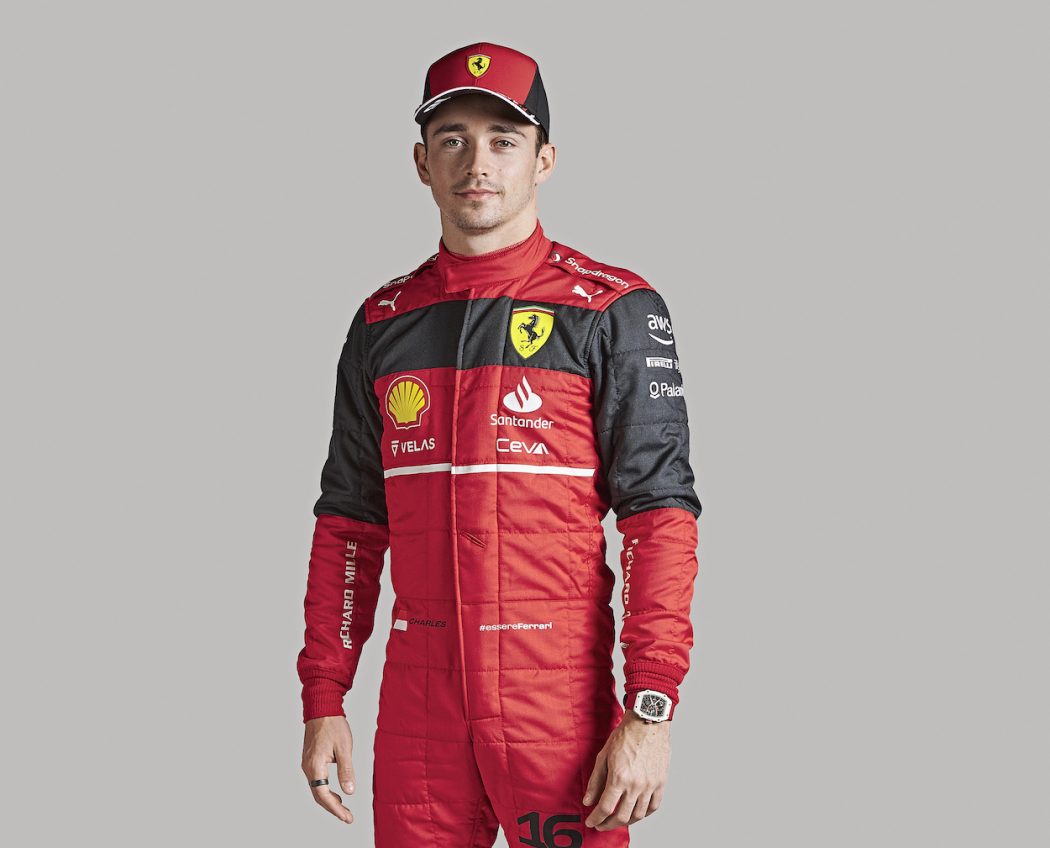 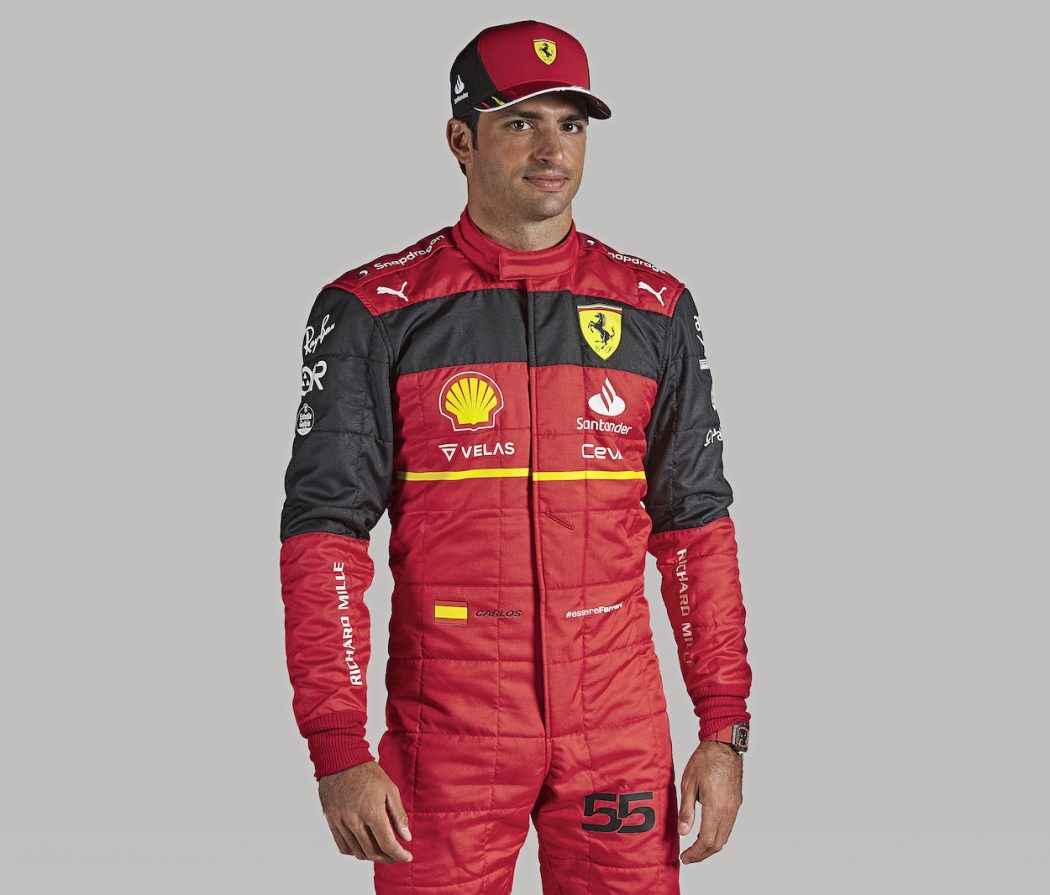 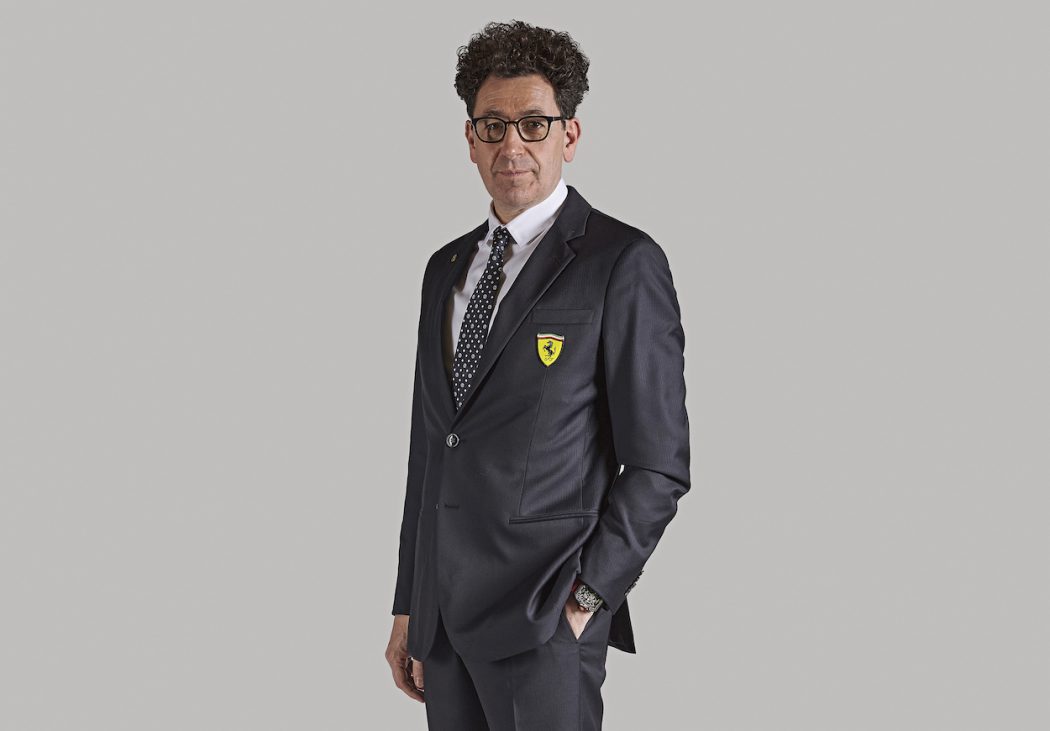 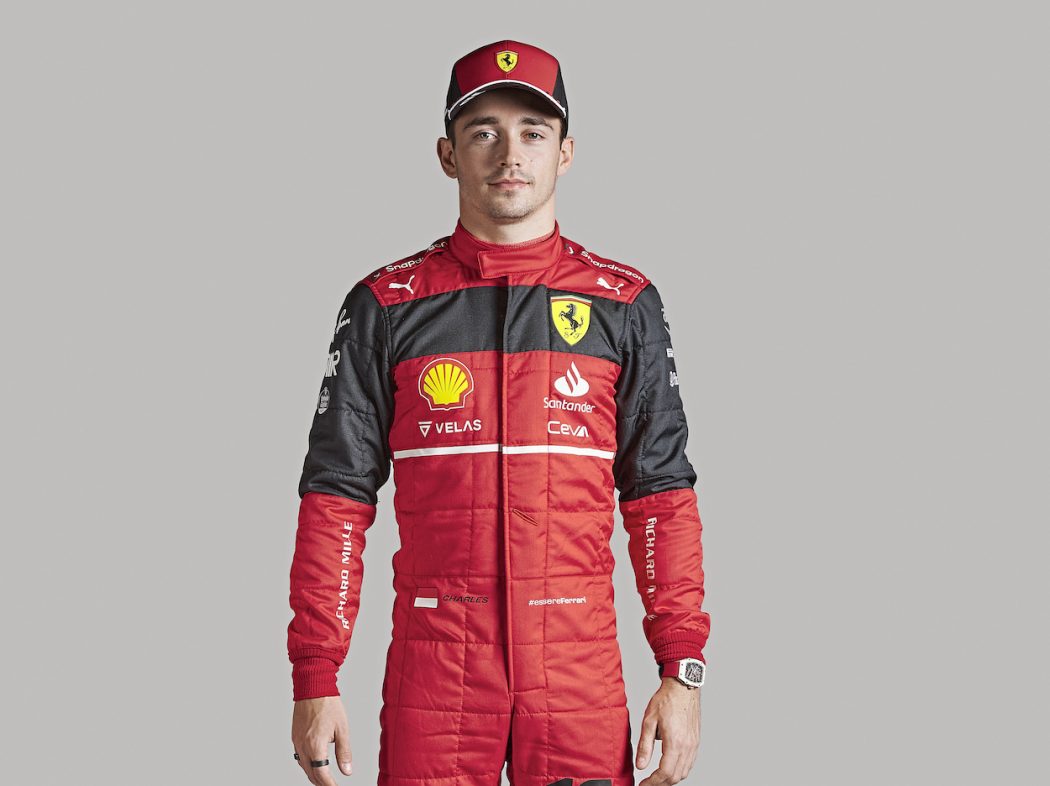 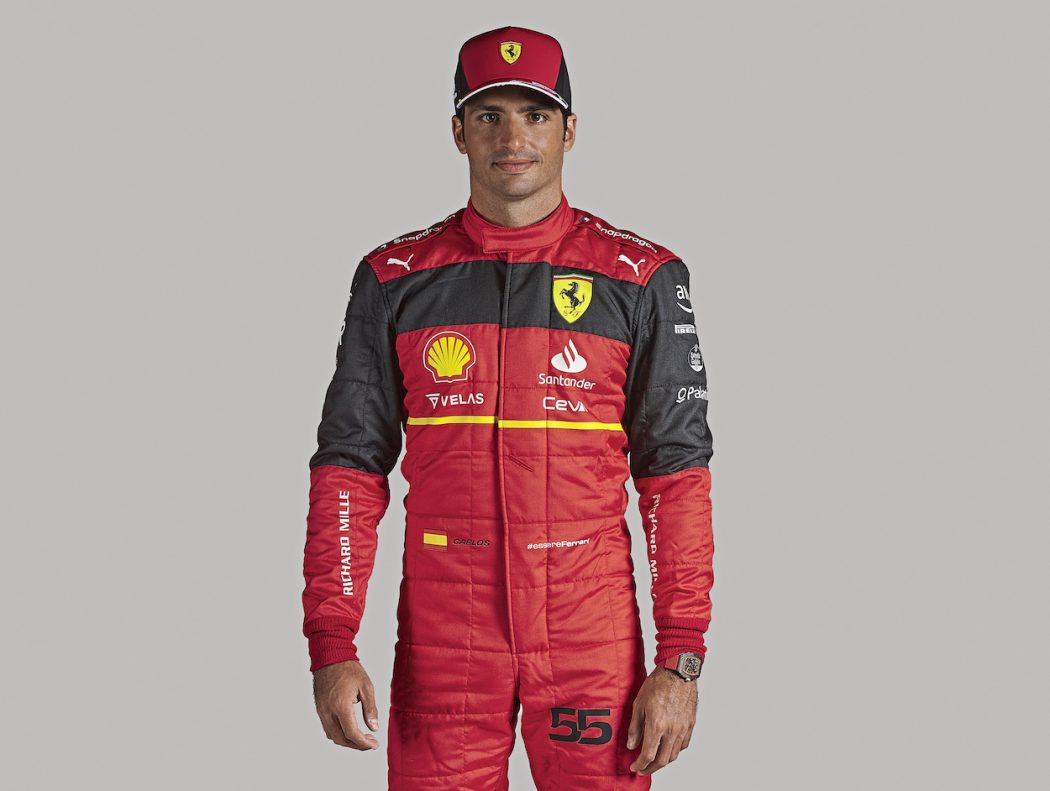 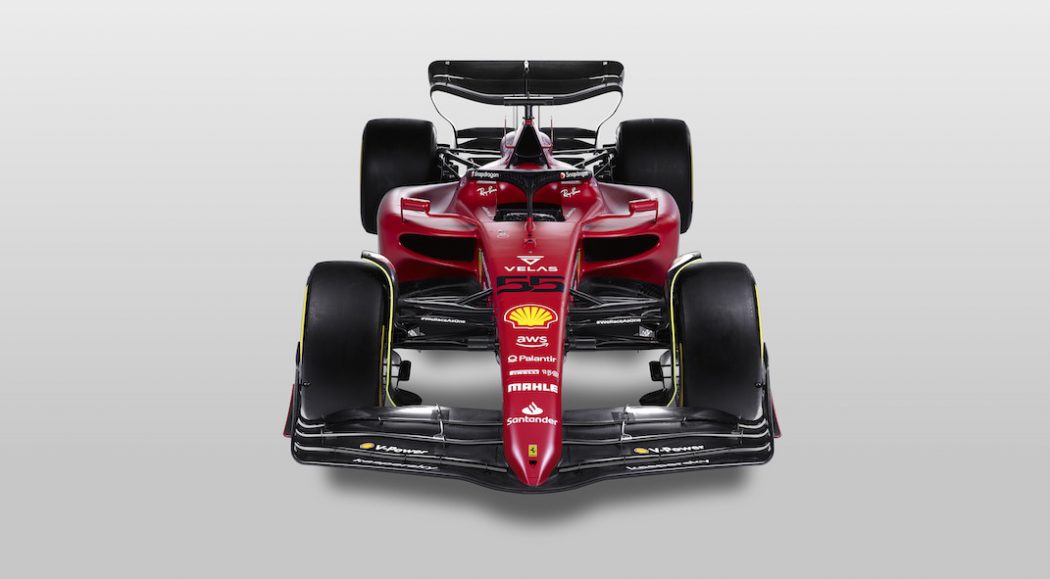 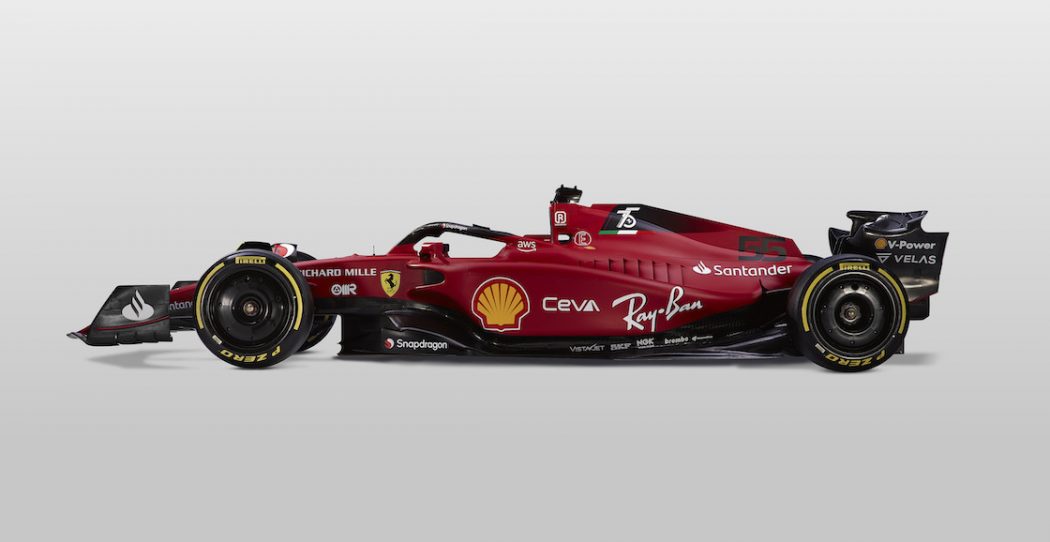 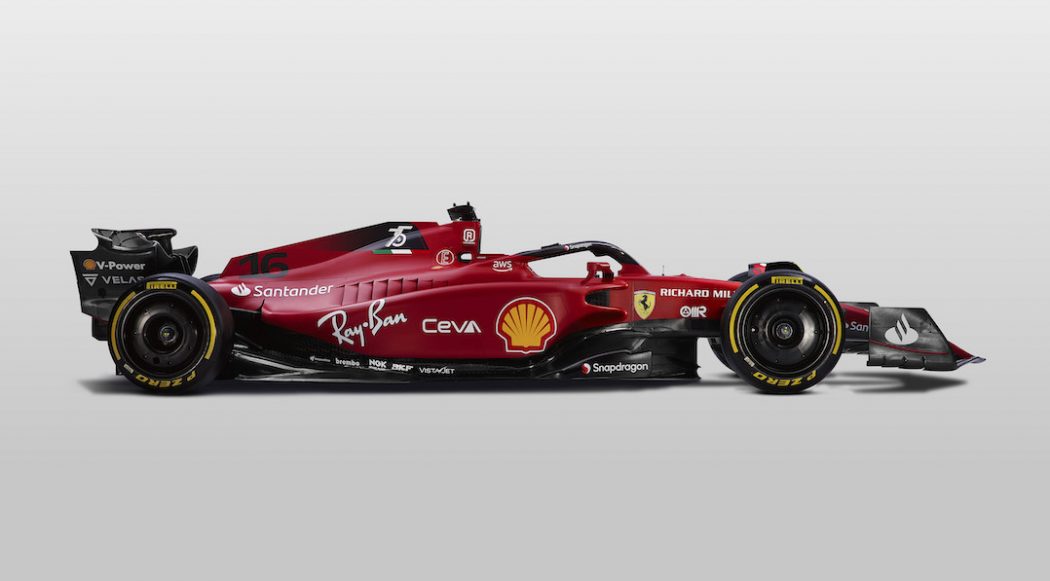 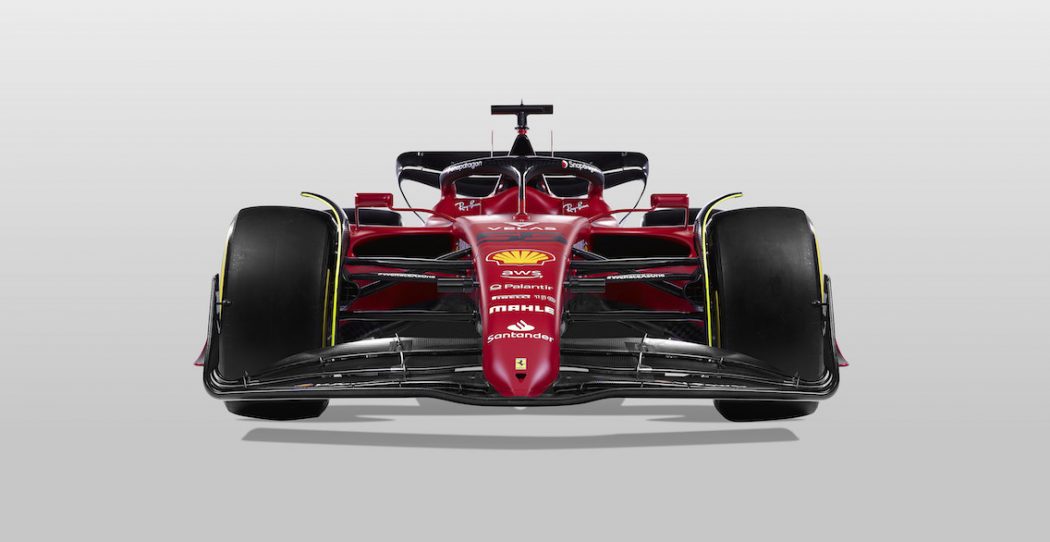 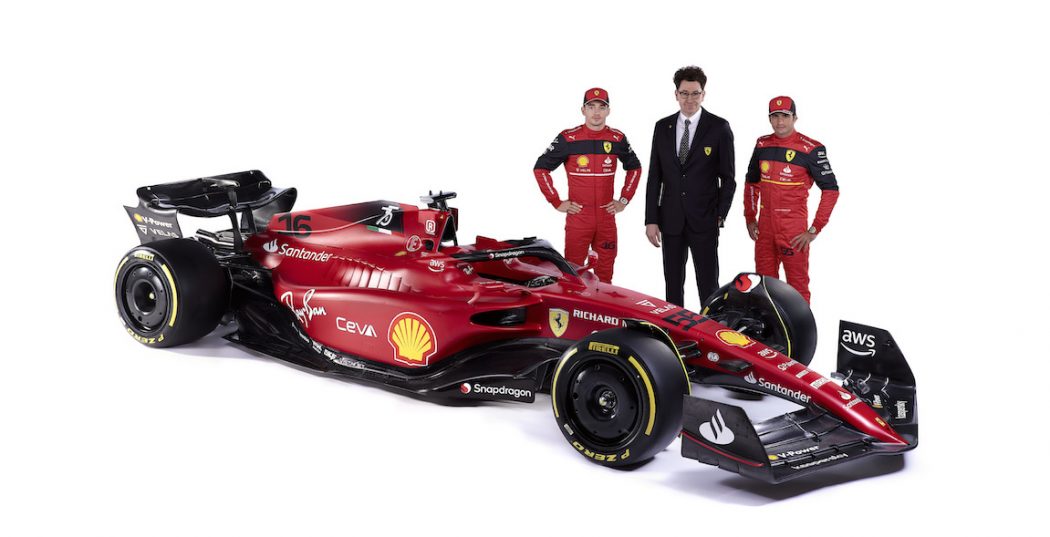 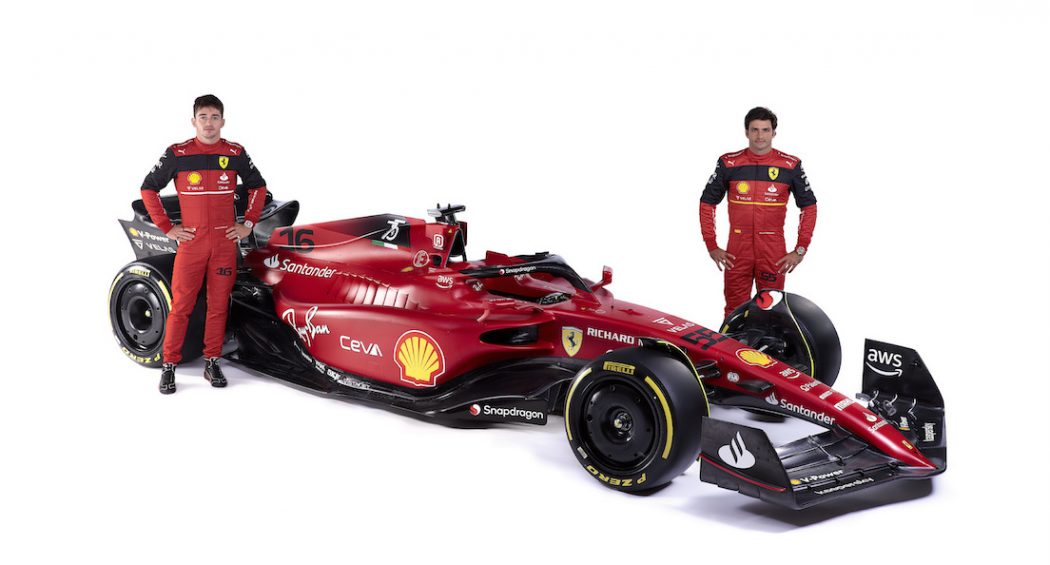 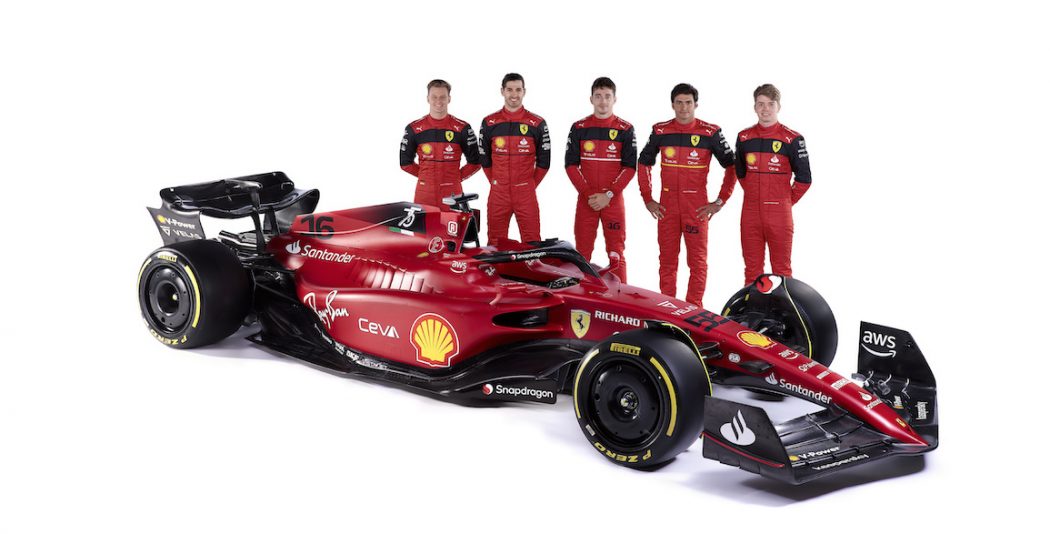 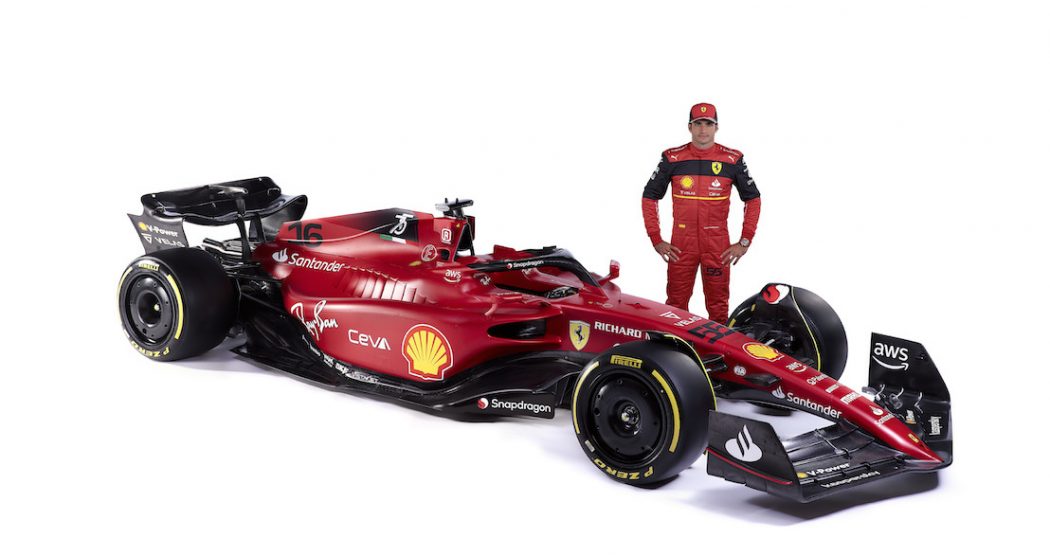 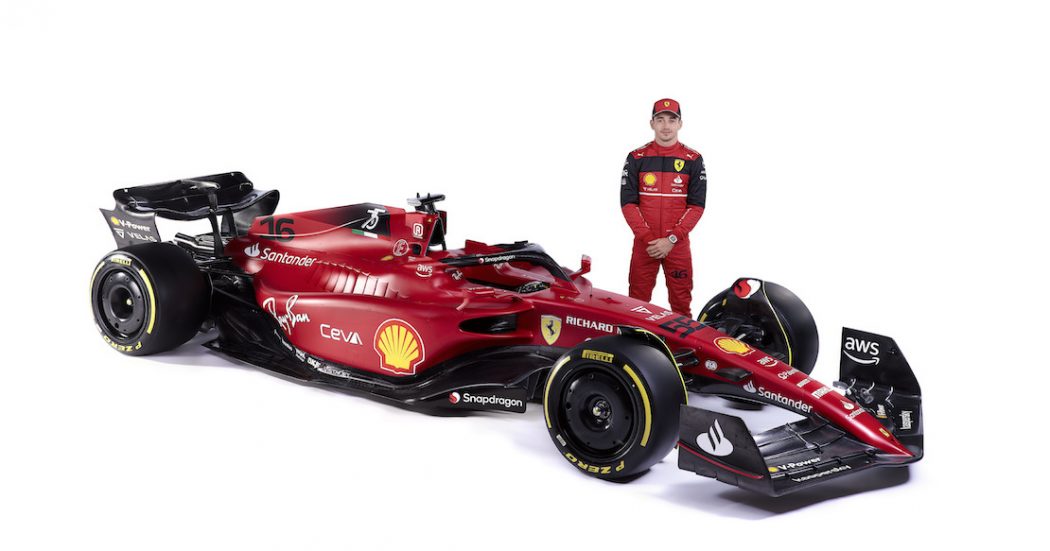 The F1-75, Scuderia Ferrari’s challenger for the 2022 Formula 1 World Championship, was presented online this afternoon at the Gestione Sportiva in Maranello.

The car is the 68th that the company has built to compete in motor racing’s blue riband category. It features a brand new shade of red, especially developed by the Ferrari Style Centre, while its name reflects the fact that the company is celebrating the 75th anniversary of its founding this year. The anniversary is reflected in the celebratory logo, alongside the Italian flag, which has been a long-time feature on Ferrari Formula 1 cars.

The F1-75 has a completely new look, as a result of the Maranello engineers’ interpretation of the new technical regulations that come into force this year. The design phase was tackled with an innovative, unconventional approach. Among the elements that stand out, are the lower nose, and the bodywork where particular attention has been paid to the packaging of the PU and its ancillary parts in order to achieve the best possible aerodynamic performance. This year also marks the return of ground effect after a forty-year absence, while the Pirelli tyres have increased in size to 18 inches, as from this season.

Once again, driving duties of the F1-75 fall to the pairing that was first seen last year, namely the Monegasque Charles Leclerc and the Spaniard Carlos Sainz. Scuderia Ferrari will also be able to count on the services of Antonio Giovinazzi and Mick Schumacher as reserve drivers. Robert Shwartzman takes on the role of test driver and will take part in two Friday free practice sessions during the course of the season.

The F1-75 is the expression of the talent, commitment and passion of each and every one of us. It is the end result of the work of a team that, like never before, has tackled the task with a new spirit and approach, pushing to the maximum in terms of innovation of every component, every detail, every solution. Striving to be innovative gave us an incredible boost in our daily work, on the way to producing this car.

I am proud of the work that has gone into designing the F1-75. We know that expectations are high and we are ready to go up against our opponents. That’s the best part of this challenge and it’s what makes our work so fascinating. I would like the F1-75 to be the car that allows our fans to once again be proud of Ferrari. Our goal is to reignite the Prancing Horse legend and we can only do that by winning again. That will require a fast car and two great drivers and we have them.

Our race team is gearing up for the longest season ever and possibly for one of the most surprising seasons of the last decade. Different regulations, different cars, 23 races. It’s going to be an incredible challenge for all of us. Last year we had a good scrap for third place in the Constructors’ Championship and, as a team, we made significant progress. The coming season might hold some surprises. At the first race in Bahrain, there could be very little difference in performance terms between the teams, but then over the course of the year, we could see some teams and drivers make great progress.

We will definitely have to manage our energy well, in order to stay fully focussed all year long. We can count on our fantastic team spirit and our desire to test ourselves against the strongest opponents. In our favour, we have the incredible talent and dedication of Charles and Carlos, who have worked hard all winter with the engineers to develop the car in the right direction.

The rule changes in 2022 are undoubtedly the most radical of the last 40 years. As a team we adopted a systemic and integrated approach to the challenge, defining clear priorities among the many objectives, often at odds with each other. In tandem with the car development, we improved our simulation tools, to bring light into the dark corners that existed in the past.

Aerodynamics was definitely our number one priority. We approached it with an open mind and seized the opportunity of the rule changes to go in many different directions, bucking the trends of recent years. This open-mindedness has extended to the development of the suspension: the new rules have imposed a general rethink, with the aim of giving us the flexibility to manage a brand-new car concept and tyres with different properties to those used up until now. In short, so many variables came into play, making it a challenging and exciting exercise.

It has been an intense and exciting challenge. All components have been re-evaluated: some have been optimised, while others were decidedly innovative. We started from the main concept of seeking the utmost efficiency in the energy transformation process, from the chemical one in terms of combustion to the mechanical one, to the crankshaft. Everything else has been designed with this goal in mind. Working in an equally practical way, we also defined a power unit layout that best meets the needs of our colleagues on the chassis side, in view of the new technical regulations. We have worked with passion, determination and team spirit, aware of the responsibility of honouring not only our team goals but also the spirit of the entire company, which is celebrating its 75th anniversary this year.

The first key factor for the design of a car that is so different from its predecessors is time management. We allowed much more time than usual for the design phase, examining in-depth all the rule changes in order to squeeze out every ounce of performance, exploring a large number of solutions through studies, simulations and bench tests. The second key factor is the involvement and empowerment of each individual designer so that everyone feels the excitement and uniqueness of the challenge posed by these massive changes.

With no reference points available from previous seasons, what makes the difference is the creativity and talent of each designer, the excellence of our analysis tools, the lucidity and courage to choose the most promising solution, even if it is not the most conventional one and in this, we believe we have done a good job. The third key factor is the integration and dialogue between the different groups: one team dealing with performance, another with design, then production, procurement, quality control, assembly, bench tests, planning, track management and then the drivers themselves, with their feedback.