The Formula 1 and NASCAR connection

Formula 1 and NASCAR are both top-level motorsports, but that is where the similarity ends. They are like chalk and cheese in comparison. NASCAR is more about brute force and raw power, whereas Formula 1 focuses on finesse and overall driving skill. Despite the many differences between F1 and NASCAR, several F1 drivers have crossed over to NASCAR or at least want to jump into an American muscle car and blast it around an oval track.

The 2007 Formula One champion Kimi Raikkonen left Ferrari at the end of the 2009 season and turned his attention to rallying, making his debut at the Arctic Lapland Rally in January 2009. The Finn spent the next couple of years blasting around rally courses before trying his hand at NASCAR, starting with the Camping World Truck Series. His foray into NASCAR did not last overly long because he crashed Robby Gordon Motorsports’ car during testing, and a deal fell through. Raikkonen would have raced at the Toyota/Save Mart 350 had he not had had his accident.

Montoya Made a Successful NASCAR Crossover

Colombia’s Juan Pablo Montoya is the biggest name to have enjoyed NASCAR success. Montoya sensationally quit F1 in 2006 to embark on a NASCAR career. The Colombian found himself among the favourites in the latest Daytona 500 bets due to his unquestionable driving skills. Montoya competed in 255 races over nine years in the NASCAR Cup Series, winning two, finishing in the top ten 59 times, and finding himself on pole position on nine occasions. He finished eighth in the 2009 standings, his best-ever position. 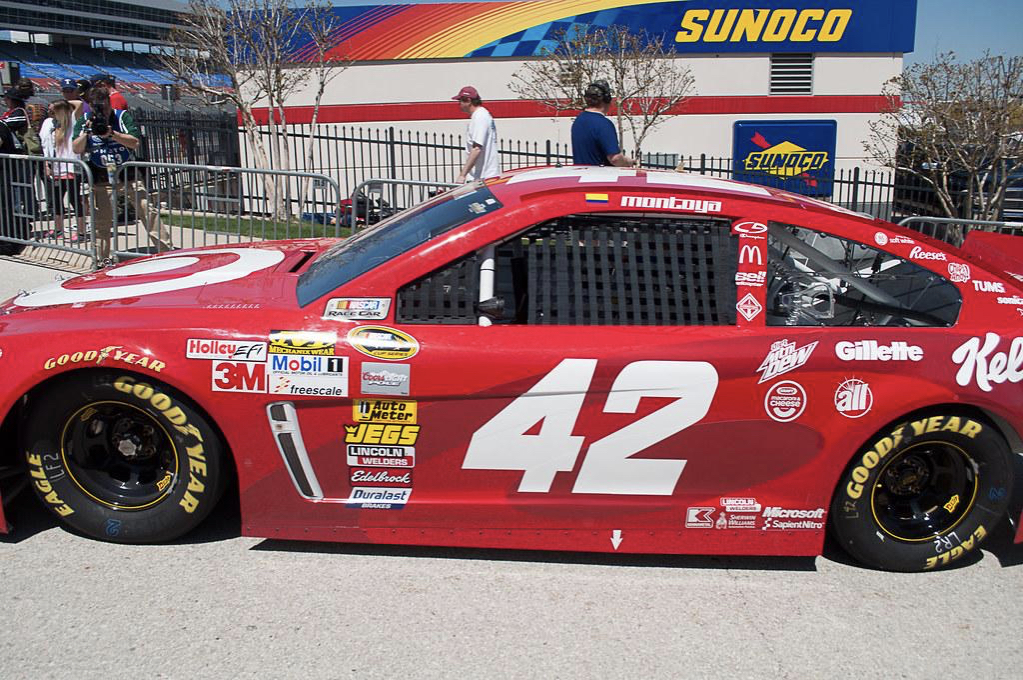 Montoya also competed in the NASCAR Xfinity Series, although his career was short-lived. He raced 23 times over three years, enjoying three top tens and an outright victory. Montoya retired from NASCAR in 2014 but stayed in the United States and became an IndyCar driver.

Ricciardo’s Hero Was a NASCAR Driver

One driver relishing the chance of driving a NASCAR is Australian Daniel Ricciardo. The 32-year-old is well-known for making wagers with his bosses and fellow drivers throughout the season. In 2020, Ricciardo and Renault team principal Cyril Abiteboul bet he would have a podium finish. He managed that when he finished third in the Eifel Grand Prix at the Nurburgring. The bet? For Abteboul to get a tattoo!

Last season, Ricciardo bet with Zak Brown he would finish on the podium during that campaign. Ricciardo romped to victory at Monza to win his bet. Ricciardo got to drive the 1984 Wrangler Chevrolet Monte Carlo raced by one of his heroes, NASCAR legend Dale Earnhardt. Brown owns the car along with dozens of other iconic vehicles, and Ricciardo got to try it out during the United States Grand Pris in Austin.

Jacques Villeneuve is another former F1 star who tried his hand behind the wheel of a NASCAR machine. Indeed, Villeneuve has driven across many motorsport series. After exiting Formula One, Villeneuve headed stateside and explored the possibility of a NASCAR career, taking to Rousch Racing. He has sporadically competed across several NASCAR disciplines, including the NASCAR Cup Series, NASCAR Xfinity Series, and the NASCAR Camping World Truck Series. However, he never managed to win a race.

Several F1 stars have driven NASCARs without competing in a race. Car swaps are pretty common as drivers from each sports swap with their counterparts in publicity shots and the like. Lewis Hamilton and Tony Stewart swapped their cars in 2011. Hamilton loved the experience so much that he pretended not to hear the instructions to pit and continued blasting around the track!

It was similar when Fernando Alonso and Jimmie Johnson swapped cars and raced around the Bahrain track.