Images of James Hunt captured in his last believed portrait photoshoot unearthed after 30 years during the lockdown. Now revealed for the very first time and available as exclusive limited edition fine art prints.

An unseen collection of stunning portrait photographs of James Hunt, taken by a young aspiring photographer in an extraordinary one-to-one photoshoot in the 1990s, has been unearthed after 30 years.

The exclusive images were captured by British photographer Patrick Steel, at the beginning of his career, as an assistant to top celebrity photographers, including Terry O’Neill and David Steen. On their advice to build a portfolio of celebrity portraits, he wrote to James requesting a photoshoot – not expecting a reply – which resulted in the one-off photoshoot ‘at home’.

These unrivalled portraits, thought to be the only collection of fine artworks capturing James ‘off track’ were rediscovered during a lockdown ‘clear out’ and are now being revealed for the very first time, to mark the 45th anniversary of James’ 1976 Formula 1 World Championship win

In 1991, James had hung up his racing boots and was enjoying a successful second career as a motorsport pundit.

Patrick Steel was a 21-year-old photographic assistant to celebrity photographers such as Terry O’Neill and David Steen, who advised him to build up a celebrity portfolio by photographing well-known personalities. Top of his list was fellow Wimbledon resident James Hunt, to whom he sent a hand-written letter, not expecting any reply, let alone a ‘yes’.

However, Patrick said: “To my great surprise James telephoned a couple of days later accepting my proposal of a fine art portrait session. We set a date for later that week. I could not believe my luck.”

Jolly good luck with your photography! 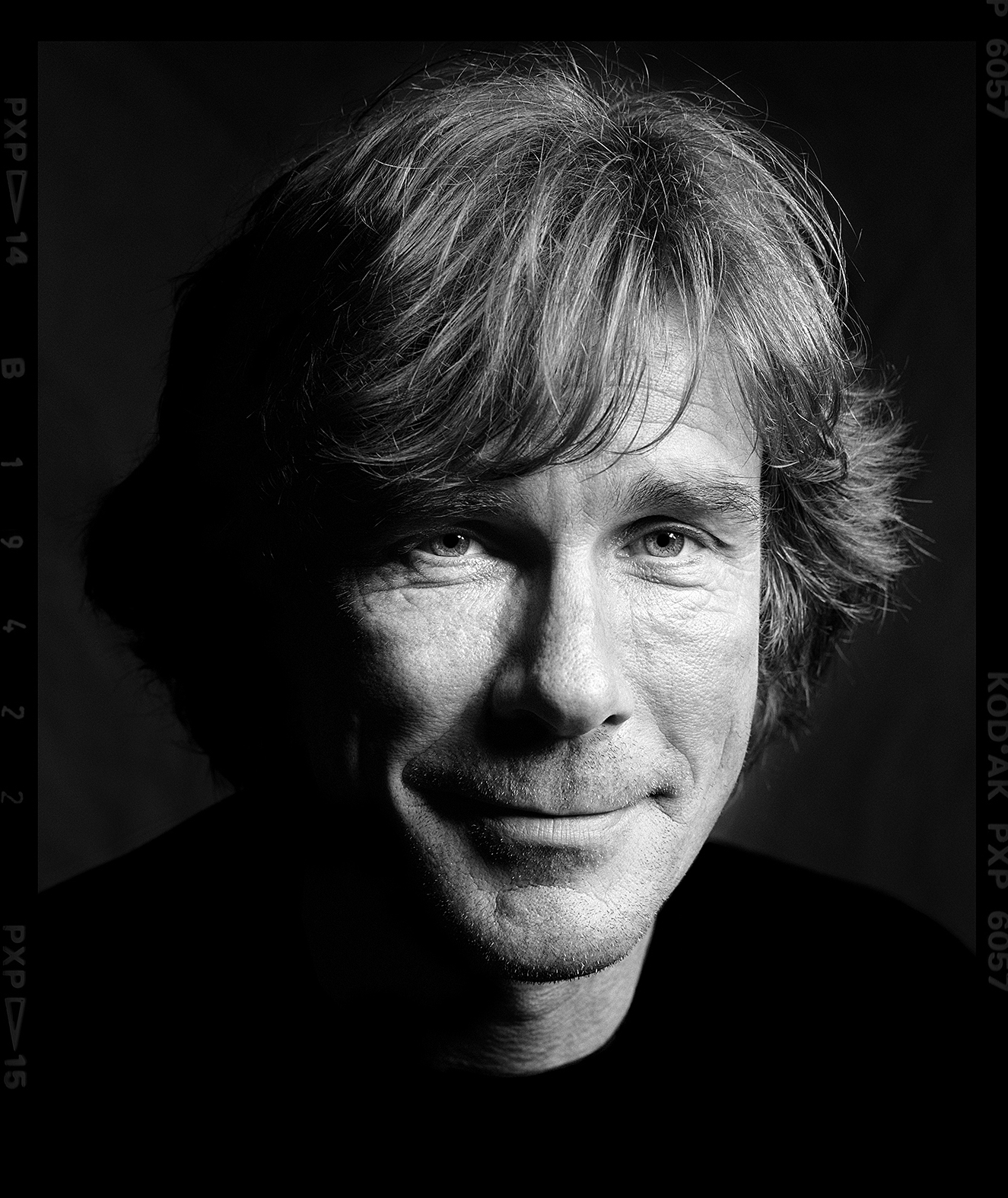 After a few sleepless nights, Patrick packed his Mini with cameras and equipment and drove to a house just off Wimbledon Common on a summer Tuesday evening. When he knocked on the door, he was greeted by a casual James, wearing a singlet and denim shorts and, of course, barefoot.

The sitting room was transformed into a makeshift studio with James helping Patrick to move furniture and then changing into a black jumper upon Patrick’s request. The actual shoot – simply lit with one light – took no longer than 10 minutes, with only 30 frames of medium format film exposed, using three rolls of film (one colour, two black and white).

Patrick recalled: “Once I’d taken the powerful portraits that I’d set out to achieve, I relaxed the mood, and we shared a few laughs. The shot of James looking mischievously into the camera (‘Irresistible Charm’) was for me the icing on the cake. I knew the moment I took it, that I had the shoot in the bag.”

“I felt privileged to have photographed him in the raw, without make-up artists, hairstylists, wardrobe or hangers-on, it was just the two of us and I’d been allowed unprecedented access to motor racing’s rock star.”

As the shoot ended, James said: “That was fun! Are you sure? Is that it?” and then helped Patrick put the furniture back. At the door, the pair shook hands firmly and as Patrick was getting into his car James called out: “Jolly good luck with your photography!”

Being the pre-digital camera era, the films were manually processed in a lab in Chelsea, where Patrick had a heart in the mouth moment viewing the ten frames of colour film.

“To my horror, eight out of ten images were out of focus. In the excitement of it all, I had misfocused the long lens slightly. I was devastated.”

Luckily when the two rolls of black and white negatives were processed, they were all razor-sharp. However, the cost of having the images professionally hand-printed was out of reach for the young photographic assistant and so the contact sheets and negatives were put away and remained hidden in a hardback envelope. 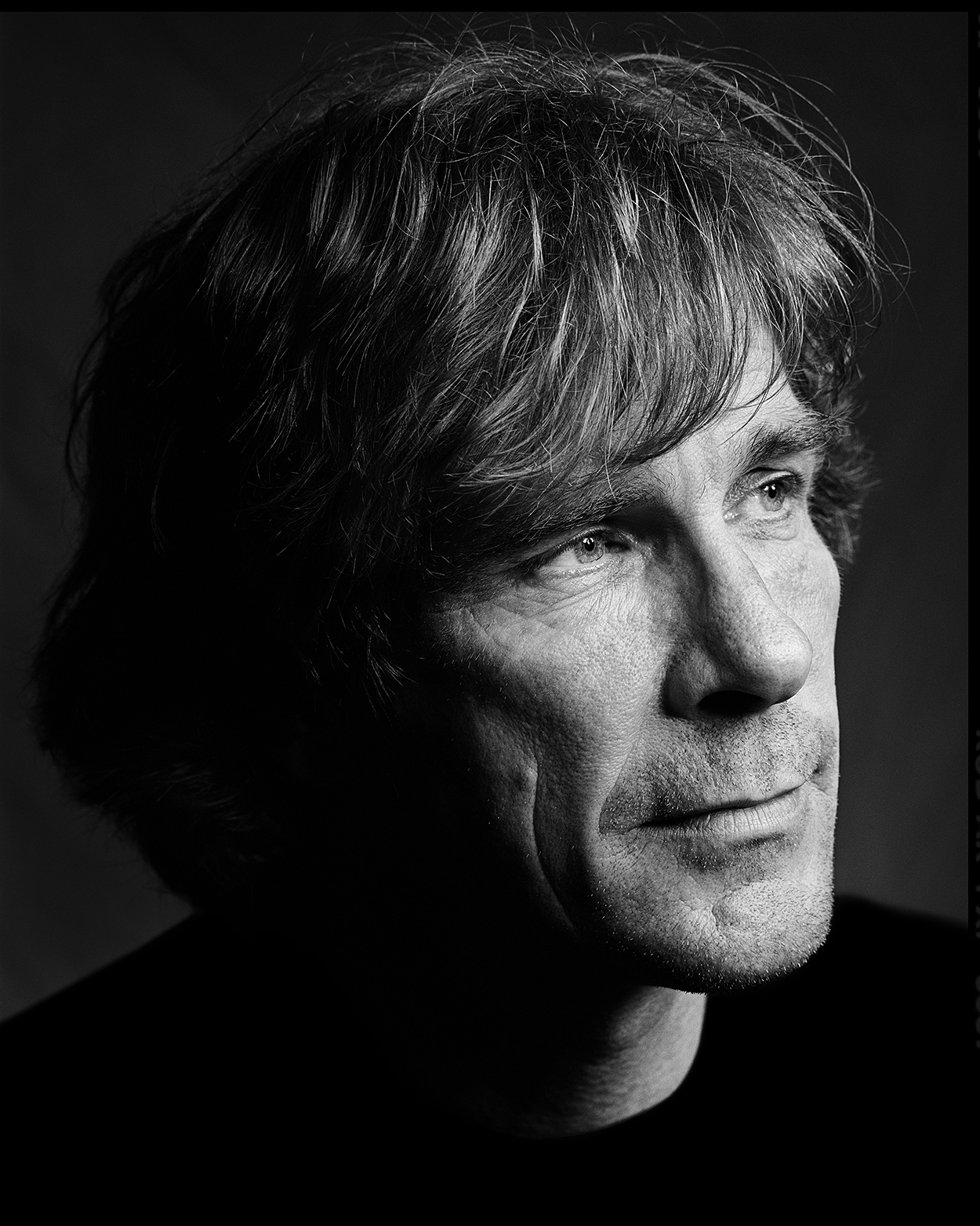 Fast forward 30 years and Patrick found himself in lockdown. To make use of the time he moved office and re-organised his entire photographic archive. However, the James Hunt photographs were missing. He made a last-ditch attempt to find them by clearing out his attic.

One day tucked into the eaves, he discovered a storage box labelled ‘my earliest photographs’ which had been there for decades. It was packed full of brown envelopes containing negatives and contact sheets, among them a hardback envelope marked ‘J.Hunt’.

Patrick said: “I could not believe my eyes, I had found them, and as soon I viewed them, I thought; Oh my god, these are absolutely stunning! It was hard to believe that the pictures had been sitting in a box, in the eaves of my attic for decades.”

“I thought that 2021 would be the ideal year to unveil these previously unseen portraits, being the 45th anniversary of James winning the Formula 1 World Championship,” explained Patrick.

Fifteen of the original 30 images have been selected by Patrick and are now available as limited-edition made-to-order fine art photographic prints. Each print will be overseen, numbered and authentically signed by the artist, and will be accompanied by a certificate of authenticity.