So… it was a relatively quiet season both on and off the track. The main talking points were how quiet the cars were, which of the Mercedes drivers would triumph, why Sebastian Vettel couldn’t beat his team-mate, why Sebastian Vettel was leaving Red Bull Racing, finding out who would join Alonso at McLaren, which teams were racing, which didn’t have enough cash… so, actually not that quiet at all.

And in between the races, all 19 of them, we had the wonderful world of F1 as seen through the social media eyes of teams, drivers, bloggers, sponsors, commentators, pundits and fans to keep us amused. Not that this will have pleased the boss. We also learned in 2014 that Mr Ecclestone is not a massive fan of the digital generation. Doesn’t get it, doesn’t like it, doesn’t want anything to do with it.

Anyway, for the rest of the planet, it’s provided with some good moments, some funny moments and a reminder of some moments we’d rather forget. May we present the unofficial 2014 Formula One Social Media Awards. In no particular order.

Lewis Hamilton has always been a prodigious user of social media. Sometimes it got him into trouble (remember when he got a bit sad when Jenson Button de-friended him? Or when he shouldn’t have tweeted McLaren’s telemetry?), but it’s a little more refined these days. A little calmer, much like the man himself. So his brilliant collage of him winning, flag in car 19 years apart gets the gong for best celebration post. 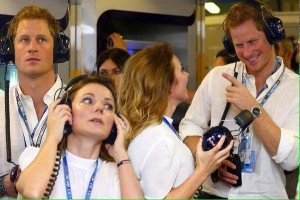 There’s only one really that manages to combine an absolute love of our sport with a wicked sense of humour and a great turn of phrase.

This year, FOM make its grand entrance into the social media arena. Well… it sort of did. There’s no YouTube channel giving free re-runs of the races (as clever Nascar is doing) but there is official, sanctioned race footage freely available to anyone on the internet. But don’t get too excited, it’s a clip as part of a vote for the best action clip from FIA events in 2014, with Daniel Ricciardo’s race-winning pass on Fernando Alonso at Hungary representing F1. So it’s not the opening of the floodgates for social content for F1, rather it’s the first, and surely the only Formula One clip on YouTube. The only one with Bernie Ecclestone’s approval anyway. Well, if he knows it’s on there.

There’s only one really that manages to combine an absolute love of our sport with a wicked sense of humour, a great turn of phrase and – if it all gets too much, a bit too heavy or political you can rely on WTF1.co.uk to burst the bubble of pomposity and cut through the nonsense. Like the (much missed) F1 Red Bulletin there’s respect for motorsport, but a complete intolerance of bullshit. So you get great historic features next to photoshopped images of Pastor Maldonado as a T-Rex (visit the site, it’s brilliant). Worth a lot more of your time than other sites we could mention.

Just a brilliant idea brilliantly executed. To date, this Lotus truck jumping over a Lotus F1 car has been seen more than ten million times and rightly so. It’s a sponsor-backed piece of social content that works whether you’re an F1 fan or not. Go watch it again. It’s brilliant.

Actually, this is far more than fan art. This is a true work of art. It’s Red Bull Racing – 10 Years Of Formula One in a brilliant infographic. If this guy (domsreal) isn’t hired to do something in one of the team’s marketing department by testing next year, there’s no justice in F1. Oh, wait…

Saddest Use of Social Media – Crowdsourcing to Abu Dhabi

We raced in Abu Dhabi! Thank you for your support making this possible

Well, both sad and a complete innovation to be fair. When Caterham was declared in a financial pickle, the team set about asking fans to help pay their way to race in the final grand prix of the year. There are arguments for both sides, saying this is a bit rich coming from an F1 team, asking their fans to cough up and conversely they did it thanks to the generosity of a loyal fanbase, but at what cost to their – and indeed the sport’s – credibility. As David Coulthard said, are they just postponing the inevitable? Or is this how teams will be funded from now on. Well, those outside the top four at least. But it was a social campaign that worked, so from a digital marketing point of view a definite winner.

This one has to go to Mr Ecclestone. F1 may not be at the cutting edge when it comes to new-fangled technology, but the FOM boss did cause a few sharp intakes of breath with his utterance that: “I’m not interested in tweeting, Facebook or whatever this nonsense is. I tried to find out but in any case, I’m too old fashioned. I couldn’t see any value in it.” Perhaps he should ask his daughter. Tamara has 133 thousand Twitter followers. A shame, as a lot of the sport’s fans, are crying out for it. Social media, not advice from his daughter.

While the management and the bosses seem to be still wary of this new-fangled medium, the fans and the teams are keeping a sense of humour about things and producing some great social content. Long may it continue…