These are the best Formula 1 destinations to visit this year! 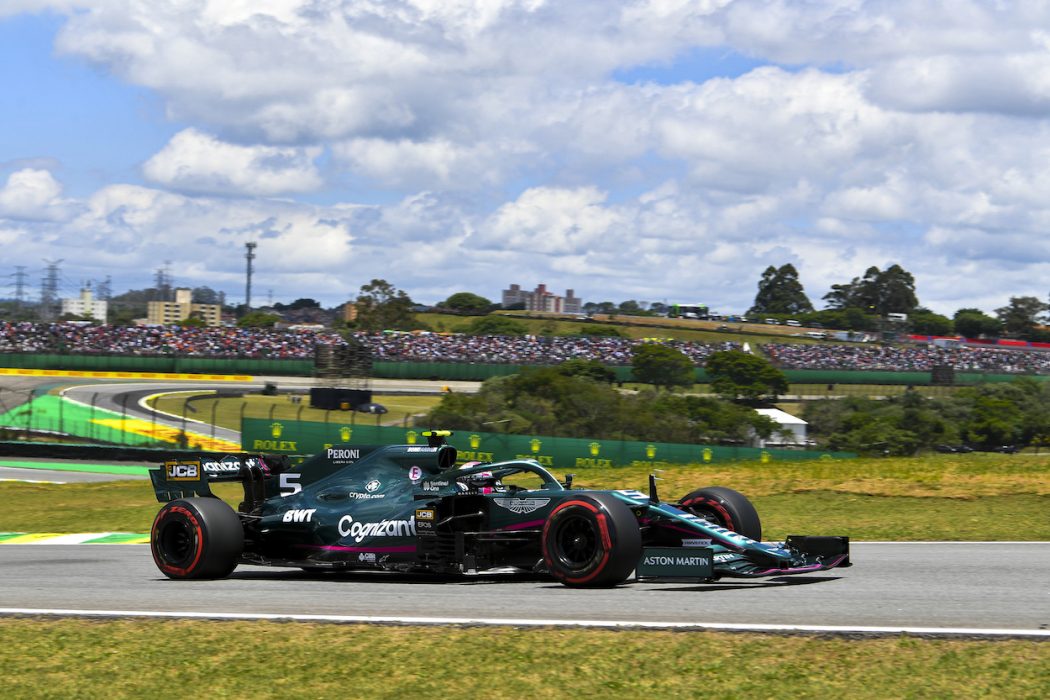 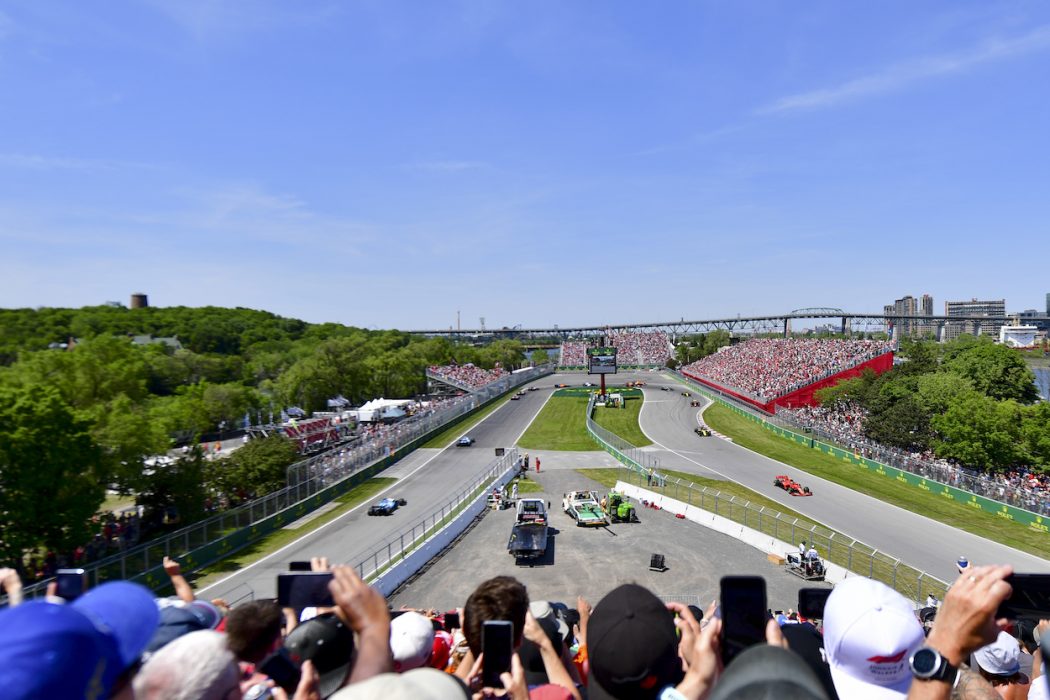 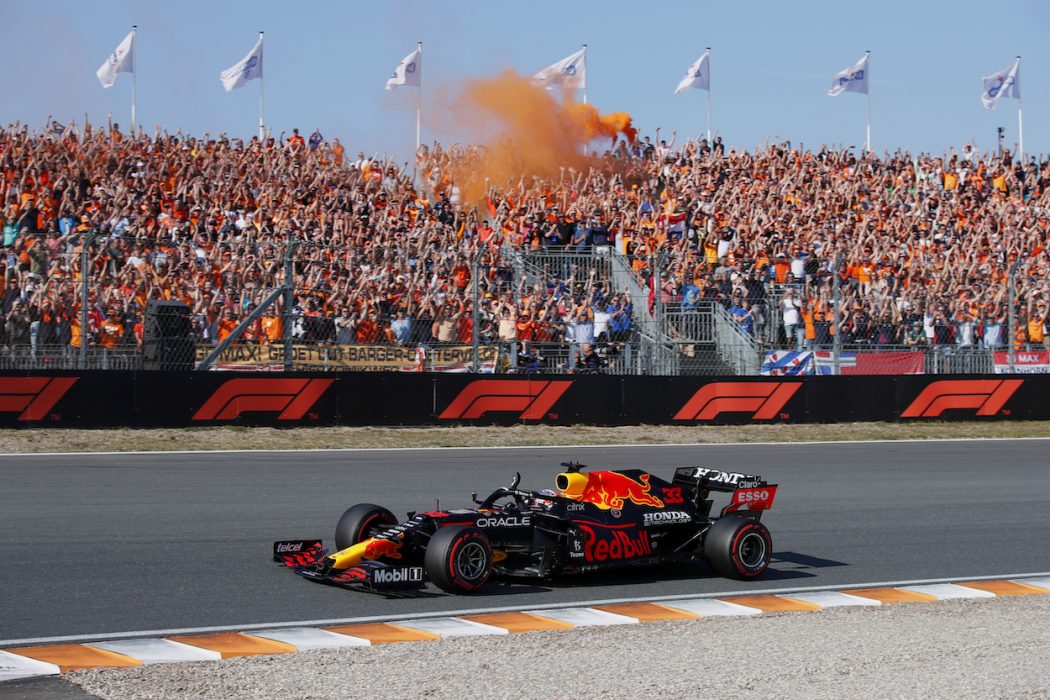 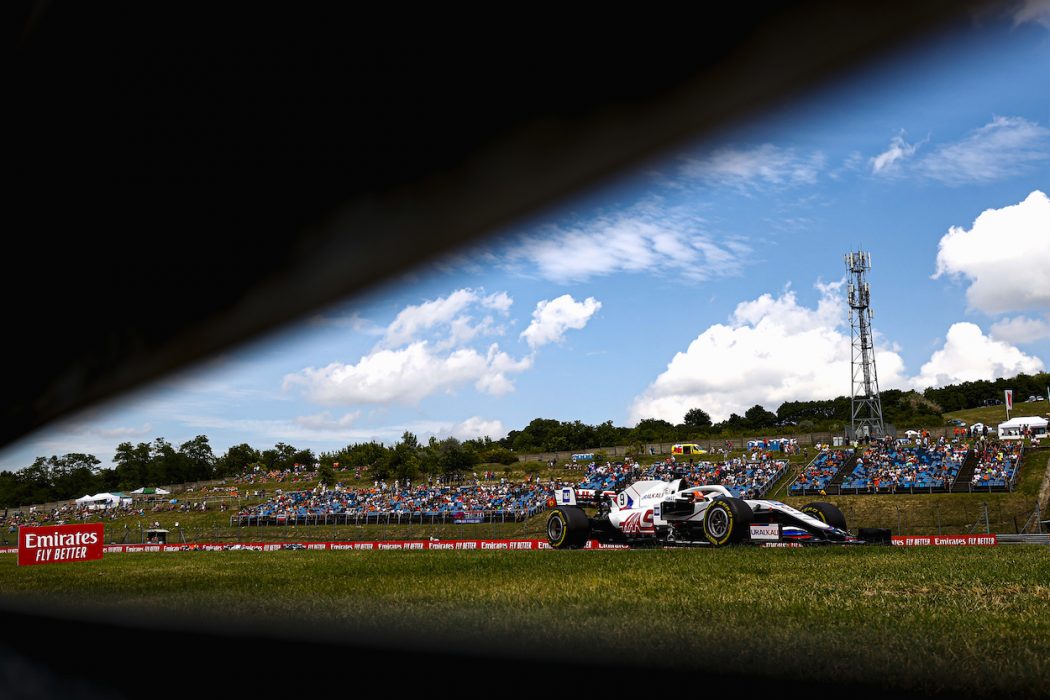 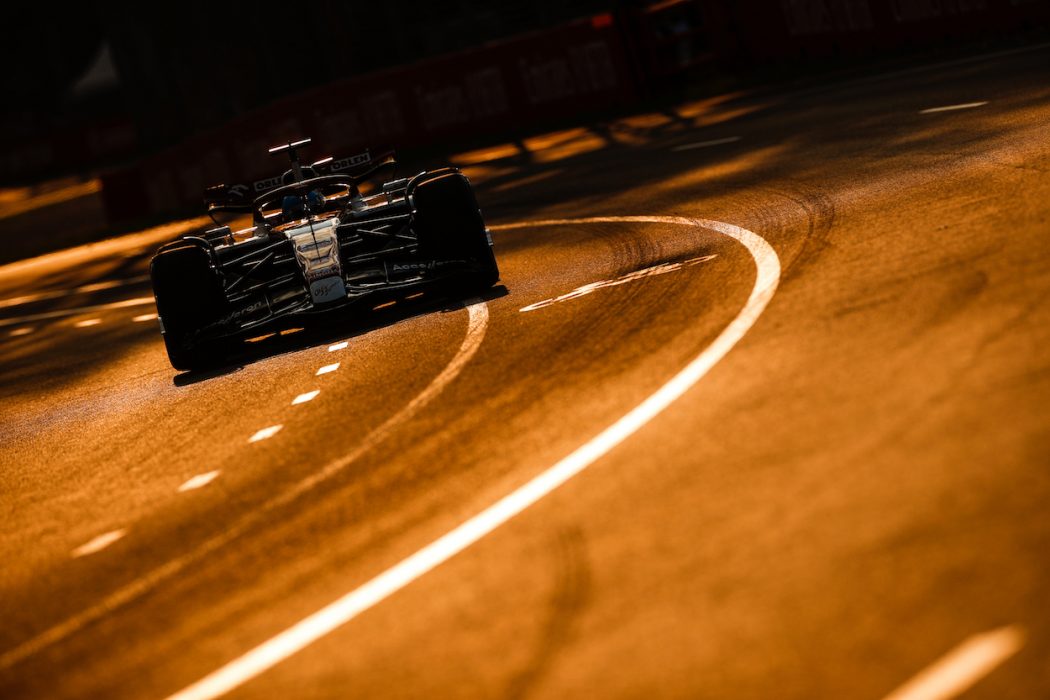 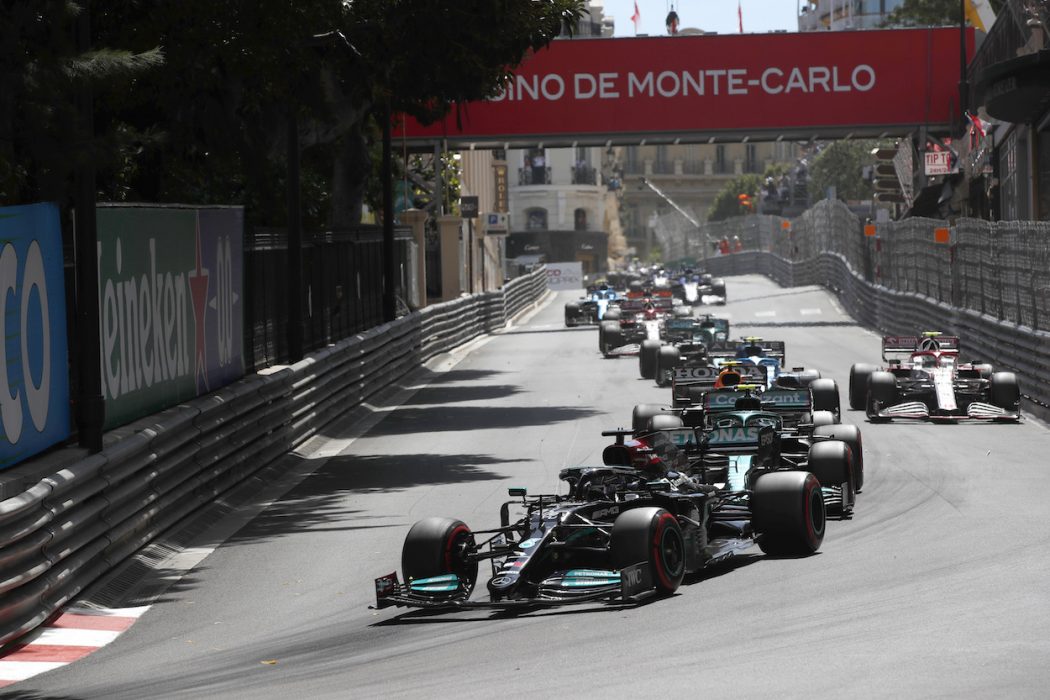 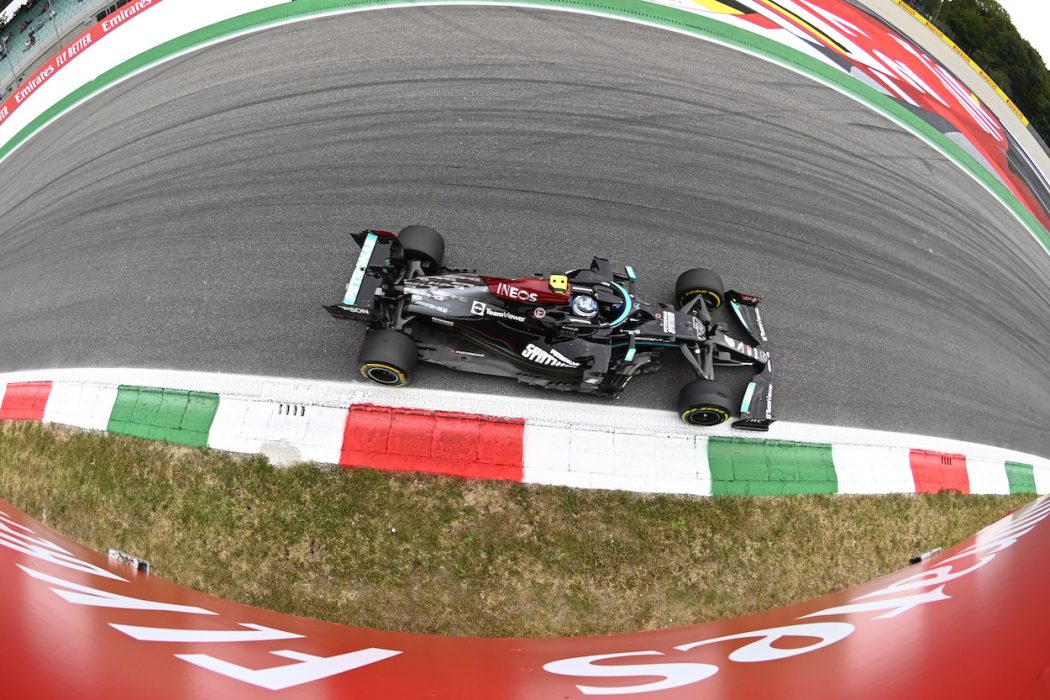 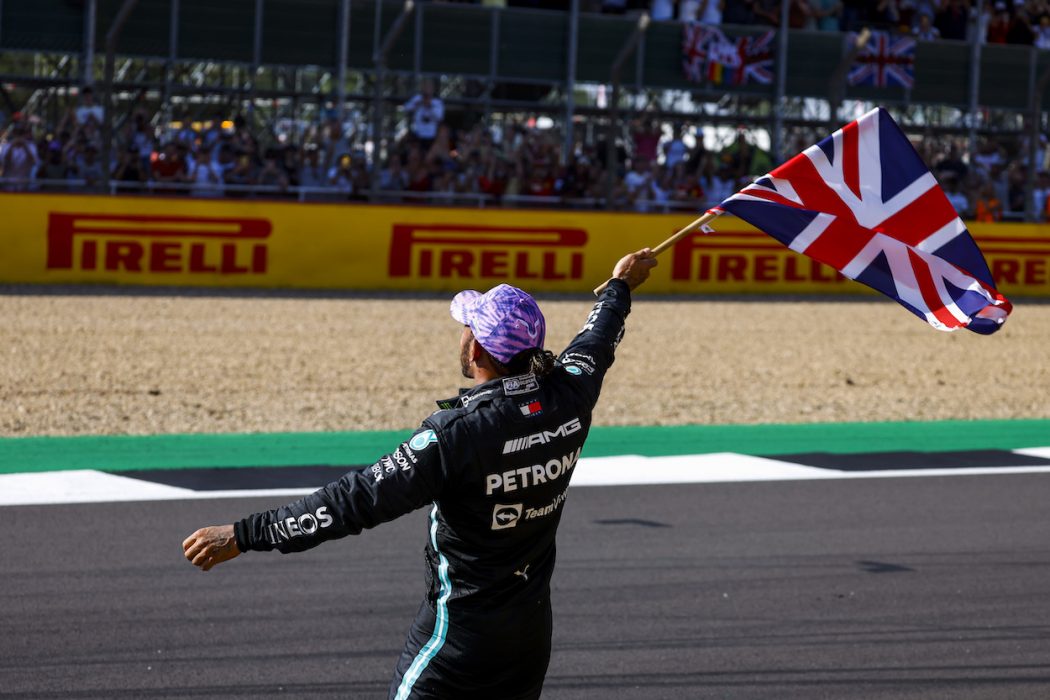 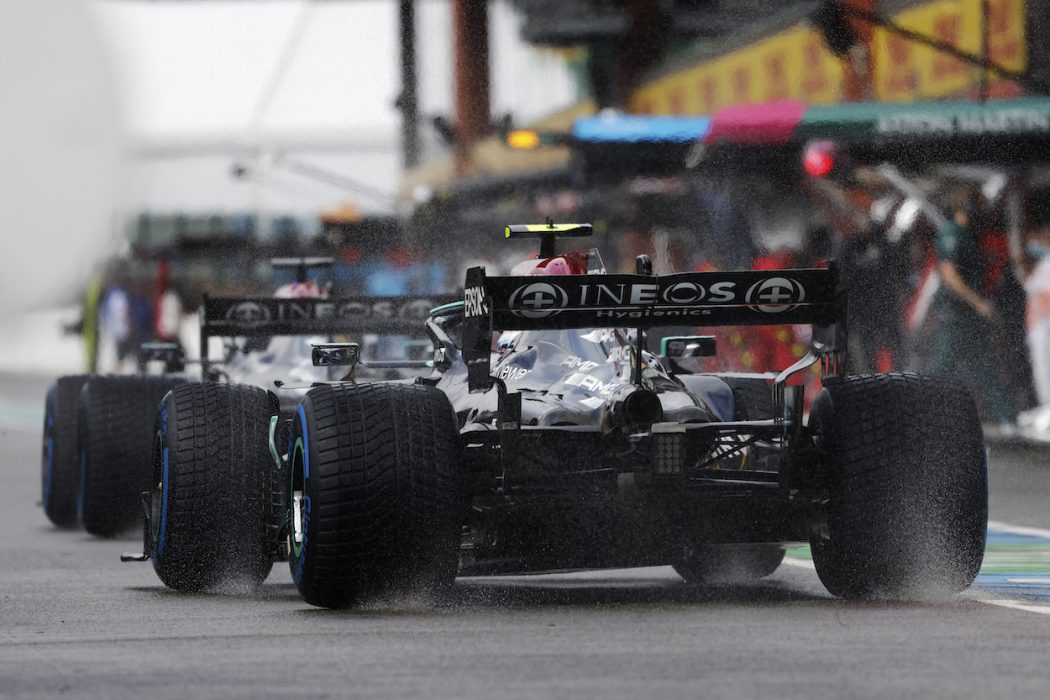 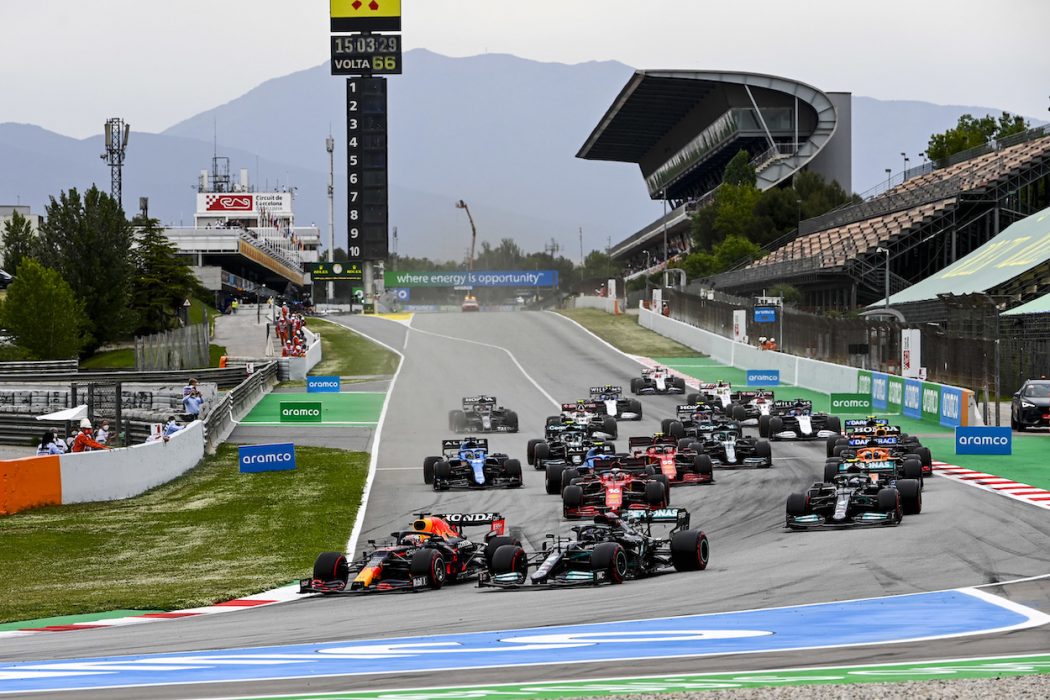 Never has the topic of Formula 1 been so hot! Since the phenomenon of the Netflix series “Drive to Survive”, ratings have skyrocketed like never before. Adding to the buzz of this series was the announcement of the latest race for the 2023 season, Las Vegas. A night race that promises a whole new level of spectacle and excitement!

As we cannot be indifferent to this phenomenon and knowing that Formula 1 is loved by many worldwide, we decided to show you the best destinations that offer spectacular scenery and world-class entertainment. Here are the top 10 F1 destinations that should be on every fan’s radar this season, presented to you by Holidu, the search engine for holiday rentals.

Visit the Holidu study page to read about the complete top 10 rankings.

Taking the first place crown for being the best destination for F1 fans is Monza in northern Italy! The Autodromo Nazionale Monza, also known as the “Temple of Speed”, is the fifth oldest national Grand Prix. It has over 11,000 reviews on Google and an average rating of 4.6 stars. Emotion is always present here, whether it’s the high speeds this track allows drivers to reach or the dedicated Ferrari fans. Outside of the race weekend, the circuit allows you to ride around the track by bike, car or van and even offers a go-kart track where you can spend a fun-filled day with the family.

In second place we find Monaco. On the Mediterranean Sea, bordered by France, Monaco is known as a millionaire’s playground – complete with luxury hotels, fancy restaurants and huge casinos. As for the Monte Carlo circuit, it has 4.7 stars and is known for being the slowest on the calendar, but it is also the trickiest to navigate, with tight twists and turns between expensive buildings facing the sea. Place d’Armes is one of the best and brightest spots for fans; another hotspot is La Rascasse, a bar near the pit entrance.

The English circuit secures third place on the podium. The Silverstone circuit has over 15,000 reviews on Google and an average of 4.6 stars, which comes as no real surprise as it always presents itself as one of the favourites on the calendar, whether that’s due to the fast corners or the spectacle it provides year after year. The Northamptonshire circuit has dedicated family areas, last year it offered coding workshops, electric go-karts and sports zones. The Red Arrows offer even more spectacle with their fantastic flypasts. Last year, as well as the brilliant entertainment there were musical acts such as Rudimental and Voice UK Anne-Marie judge Anne Marie.

The Walloon Spa-Francorchamps circuit is the fourth-best destination for F1 fans to visit! South of the village of Francorchamps, it has hosted 54 Grand Prix races and has a wide variety of grandstands, which makes it easy to see not only the race but also the bright and beautiful surrounding landscape; the area is known for its wooded valleys and natural springs. We’ll leave you with one piece of advice, choose the grandstands on top of the Eau Rouge bend and we promise you won’t regret it.

In the middle of the ranking, we find Montreal. Circuit Gilles Villeneuve is a 4.361km motor racing circuit in the Quebec region. It is the venue for the Formula One Canadian Grand Prix and has hosted the drivers 40 times. When not hosting the event, the circuit is a unique facility in the province of Quebec where cycling, inline skating and racing enthusiasts come to train. Surrounded by lush gardens and a wide range of artwork, the circuit is a pleasant and relaxing venue, a good place to take a stroll. This multi-purpose track also provides excellent views of Montreal, with its strategic location in the heart of the St. Lawrence River.

In sixth place, we find São Paulo. With the Autódromo José Carlos Pace, also known as Interlagos and with a 4.6-star rating. It is a 4.309km circuit and was renamed in 1985 to honour Formula 1 driver José Carlos Pace, who died in a plane crash in 1977. Attached to its facilities is a go-kart circuit in honour of Ayrton Senna. The circuit runs counter-clockwise. Our advice for the grandstand: Situated at the start of the main straight at Interlagos, the covered Grandstand B is one of the best places to watch the action in Brazil. Grandstand B offers views of the long approach to the final corner, the pit lane entrance and some of the team garages, as well as the Formula 1 podium.

The beautiful city of Budapest secures the seventh position. The Hungaroring circuit, with 4.7 stars on Google, is 4.381 km long and has crowned two drivers in its 20-year history: both Nigel Mansell in 1992 and Michael Schumacher in 2001. In addition, the Williams F1 team and Scuderia Ferrari have also secured the Constructors’ Championship at the Hungaroring, Williams in 1996 and Ferrari in 2001, 2002, and 2004. We leave two stands where to have the best view: Gold Stand 4 is situated on the outside of the first corner of the circuit and some of the best views of the Hungaroring can be found in the final corner of the circuit. Silver 3 is an excellent choice for a first time visitor to the circuit, as the stands are elevated above the track, providing a great view of the last corners and the main straight.

The eighth position goes to the legendary Circuit de Barcelona-Catalunya, which has hosted 31 Grand Prix races, is 4.675km long and is a track of two halves: one consists almost entirely of a single straight, and the other is a tangle of tight corners. For some fun away from the race, the facilities at this fantastic venue include Rancho Rocco, an off-road motorbike track open to everyone from beginners to experts, and race fans can sign up for pit rides and autograph sessions.

In ninth place is Zandvoort in the Netherlands. The town of Zandvoort is situated on the dunes of the Dutch North Sea coast, half an hour west of the Dutch capital of Amsterdam, and the circuit itself is located right next to the beach. It held the first Grand Prix in 1950 and has hosted a total of 33, it is also the second home of Dutch world champion Max Verstappen. A curiosity about the circuit? It is British driver Jim Clark who has the most wins followed by his compatriot Jackie Stewart.

Securing the final place in our ranking is the city of Melbourne in Australia. The Albert Park Circuit uses sections of public road surrounding Melbourne’s Albert Park Lake and never fails to provide drama – notable incidents include Martin Brundle’s car being launched over David Coulthard’s McLaren in 1996 (Brundle’s car ended up in two pieces) and Ralf Schumacher’s car flying over Rubens Barrichello’s Ferrari in 2002. Fun fact? The Australian Grand Prix holds the record for the shortest F1 race – although the record in question was actually set in Adelaide, the previous home of the event. Torrential rain led to it being cancelled after 24 minutes and Ayrton Senna was declared the winner!

The three countries with the most champions in the world

Holidu analysed the data present on the official F1 website to find out the winners of races as well as the tracks and calendars of the current and past years. To compile the ranking, the ratings of the tracks on Google were taken into account, looking at the number of reviews as well as their average star rating out of 5. To complement this ranking, the number of times the circuits have hosted a Grand Prix was also added.

To make the study even more interesting, the three countries with the most champions in the world were ranked.

Holidu’s mission is to finally make the search and booking of holiday rentals easy. Its search engine for holiday rentals allows travellers to book the ideal accommodation for the lowest price. The company also helps holiday rental owners multiply their bookings with less work through its software and service solution under the Bookiply brand. The brothers Johannes and Michael Siebers founded Holidu in 2014. The high-growth startup is headquartered in Munich and has local offices in the most attractive travel destinations in Europe.