Tilke – You need to deliver on time with perfect quality 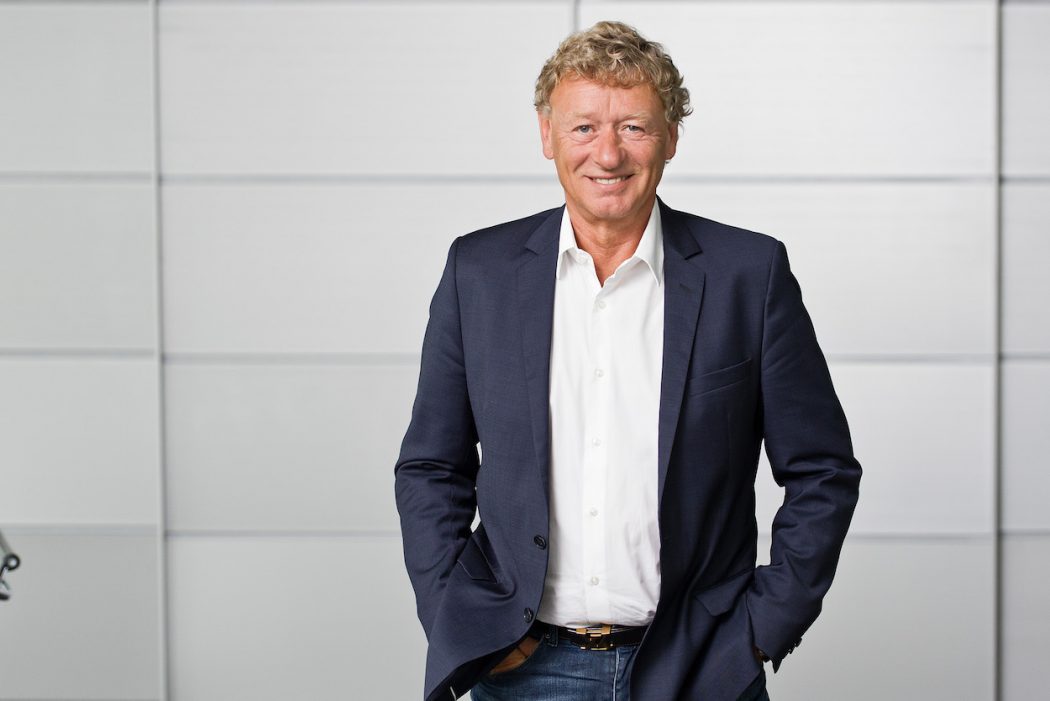 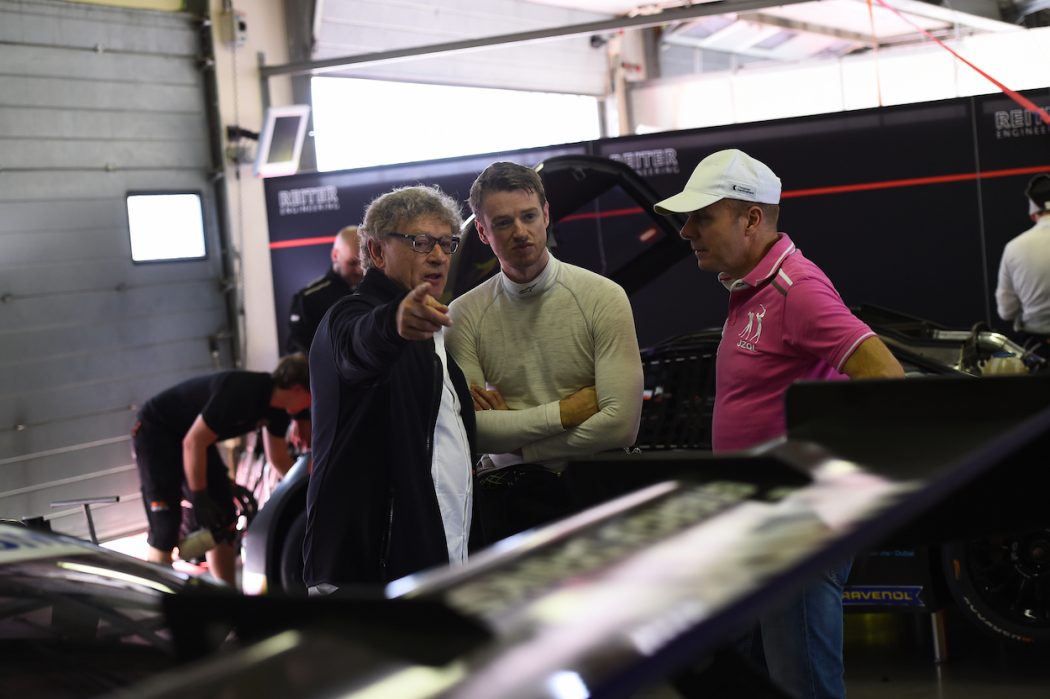 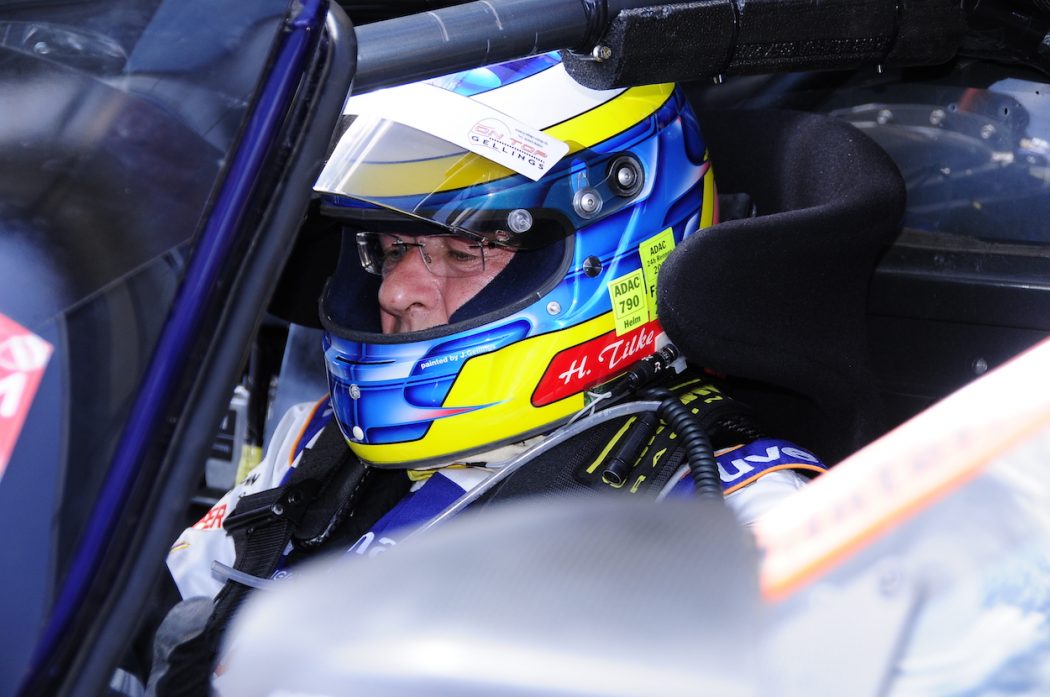 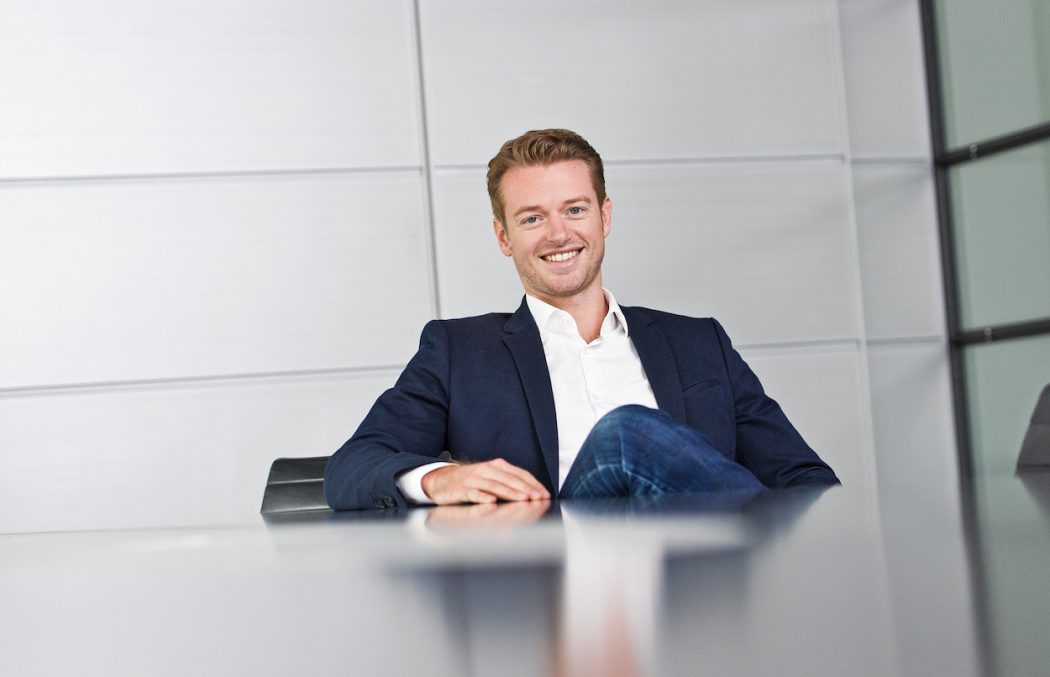 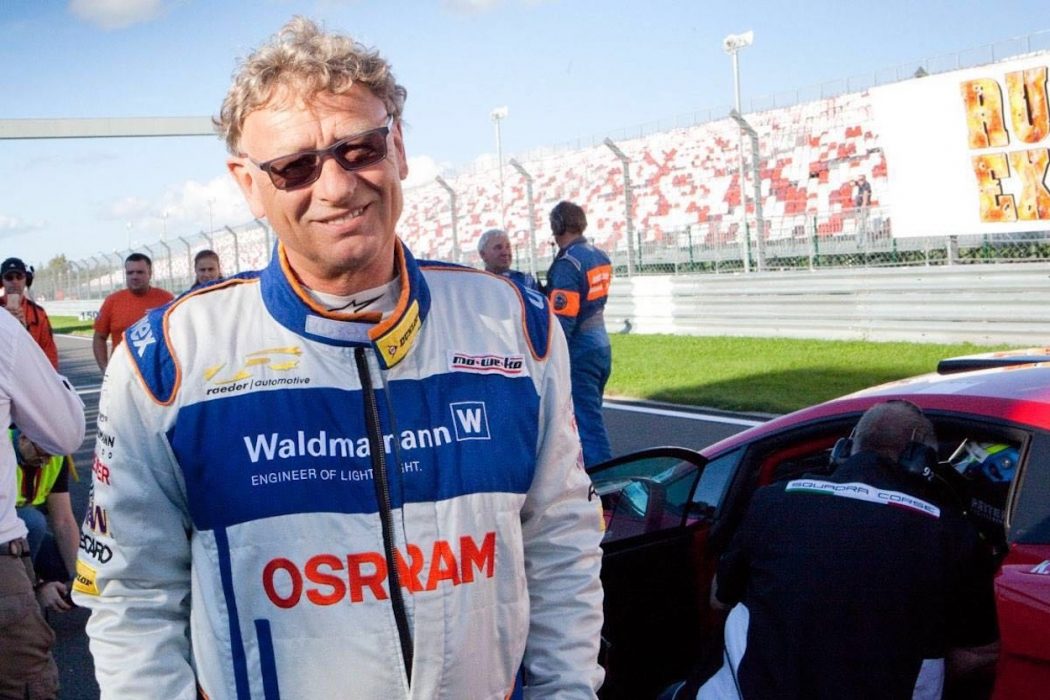 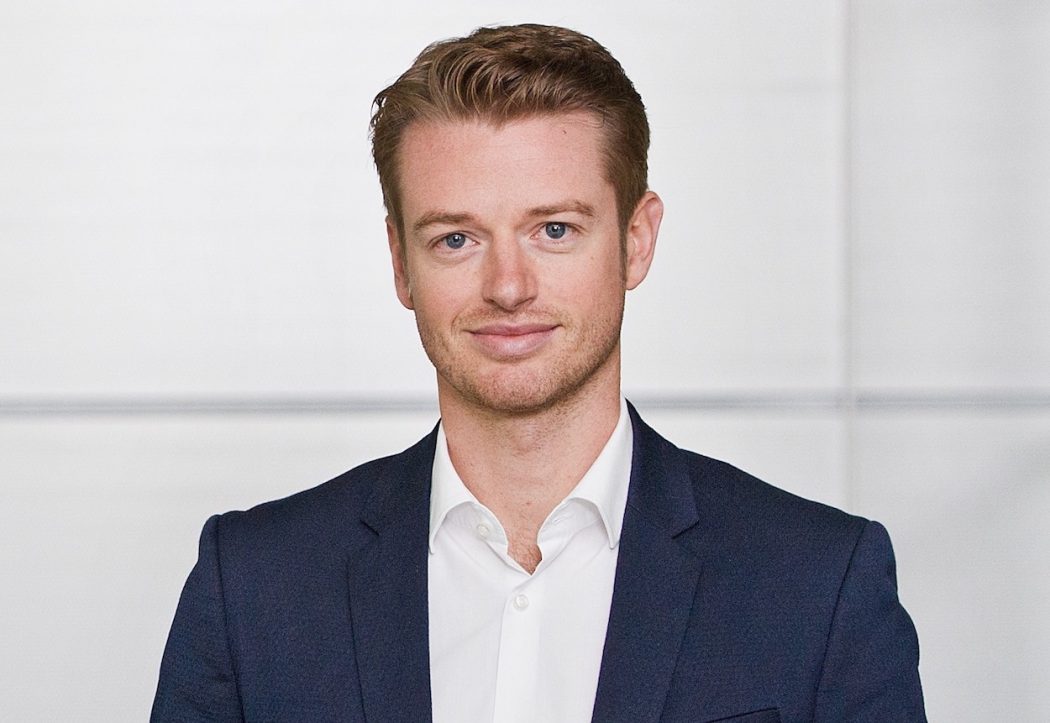 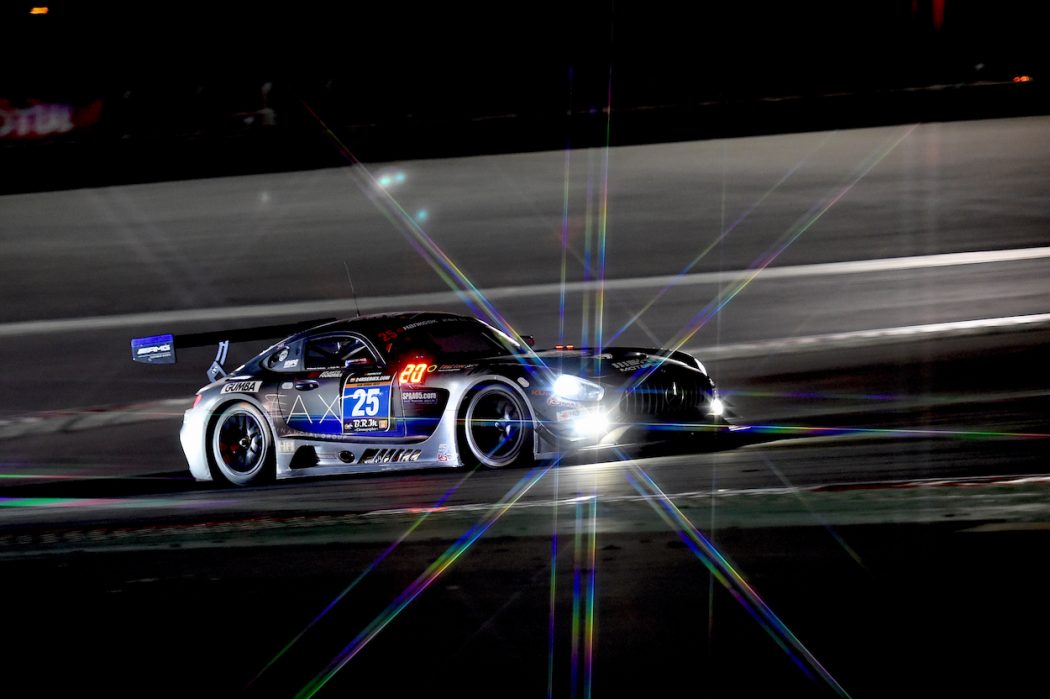 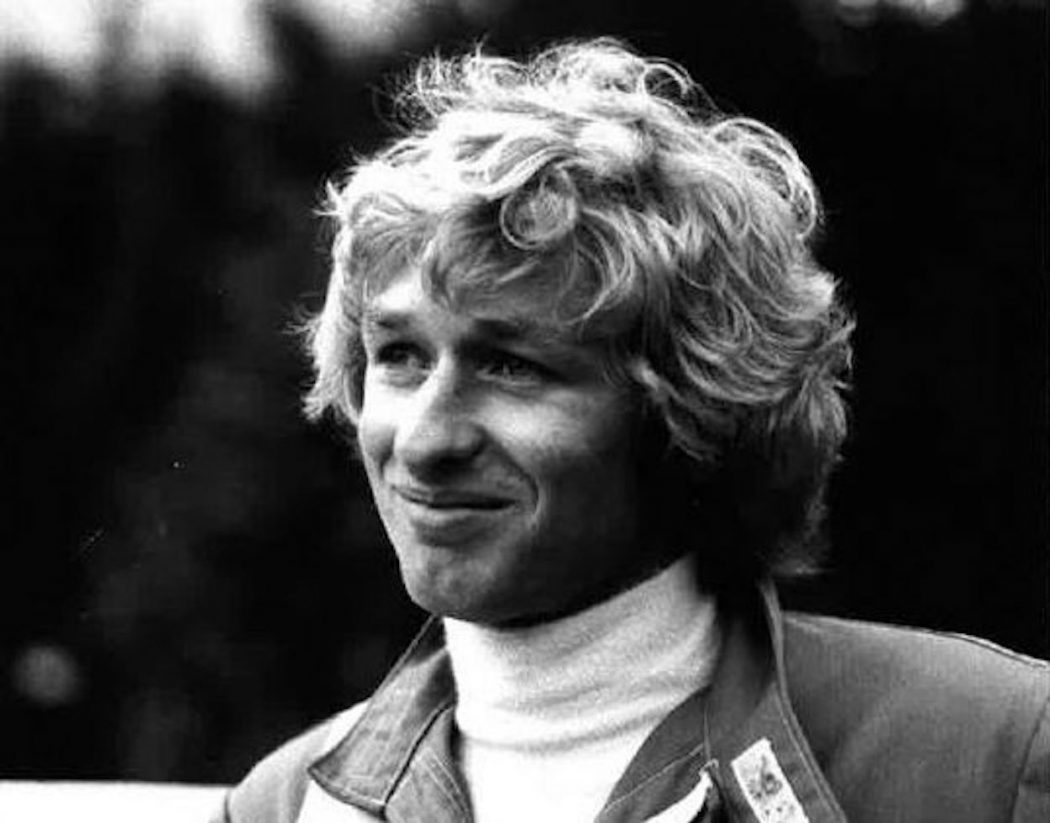 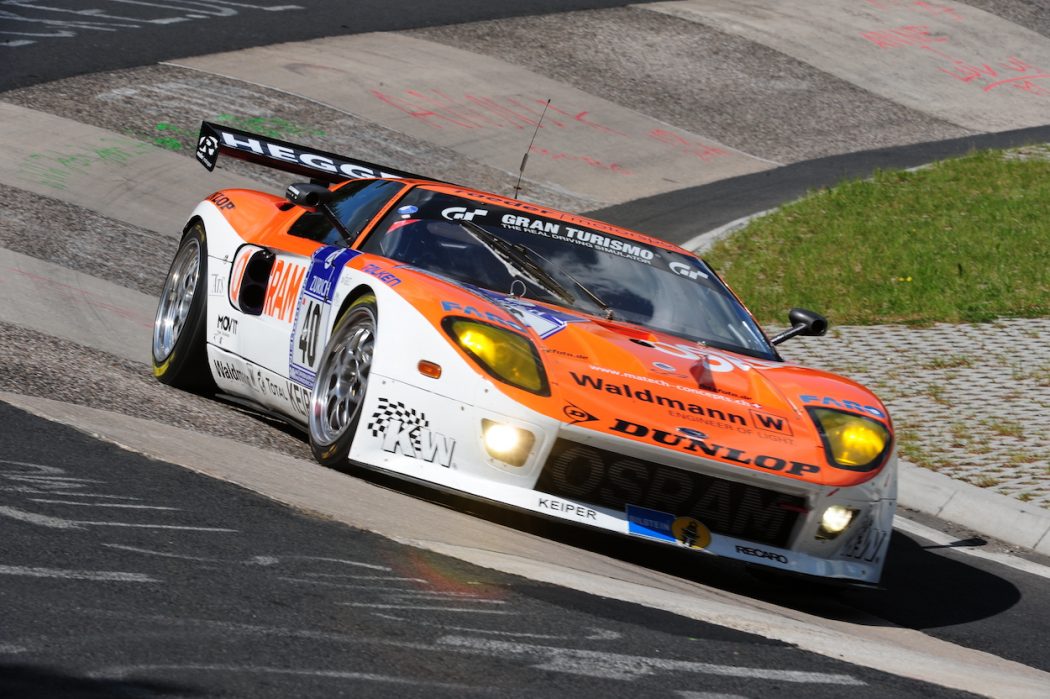 Racing, engineering, passion and commitment. Four simple words to describe Tilke Engineers & Architects, which was established back in 1983. We can’t find a single person around Formula 1 who doesn’t know the name Tilke.

Hermann Tilke has designed numerous Formula 1 tracks recently and his first completed project was the A1-Ring (called Red Bull ring) in 1999. In 2017, Carsten Tilke – Hermann’s son became Managing Director of the company and since then they lead Tilke Engineers & Architects together as co-managers. We at Paddock Magazine had the chance to have an extensive and captivating chat with both of them.

Hermann, I think not many people know that you used to be a racing driver. Could you tell us how you fell in love with racing and motorsports overall?

HT: It all started when I was 17 years old and my uncle took me to the Nürburgring for a touring car event. We went there as spectators, and as soon as we arrived at the track, I knew that this is what I wanted to do. A year later I got my driving licence as well, but you can imagine, it was a whole lot different back then – the cars were nowhere as developed as nowadays.

What about you, Carsten?

CT: When I was a little kid, I spent a lot of time with my father at the Nürburgring. Actually, we had a flat next to the track, and I used to spend lots of time there. As for me, I started racing quite late, at the age of 22. Initially, I raced in the Porsche cup series, then I switched to GT masters. I did some endurance races too and even actually raced against my father in 2009 at the 24 hours of Dubai. I drove a Porsche Cup, while my father had an RSR, which was a slightly quicker car. However, they all suffered some technical issues, while we managed to execute a smooth race and clinched first place. Probably that was one of the highlights of my racing career. Unfortunately, I don’t have too much time for racing right now, but whenever I have time, I take all the opportunities I manage to grasp to get back behind the wheel.

Was there a specific turning point in your career when you said ‘Ok, I want to focus on designing race tracks rather than racing a fast car’?

HT: No, not really. I think it’s all coming from our passion, so I never really planned to be a race track designer.

CT: Actually, I think it was a simple coincidence for you, dad! I remember you had a race at the Nürburgring, but on the other hand, you were an engineer as well and people asked you whether you can make adjustments to the track.

HT: That’s right, I remember. Old times… [smiles] If you win, you love the track, if you lose, you hate the track! Simple as that.

You are co-managers of Tilke Engineers & Architects, so what is the teamwork like between you two?

CT: I think we work pretty well together, albeit we don’t always have the same opinion [smiles]. If there is a bigger project, usually both of us are involved, with one of us taking the lead. I often have many ideas, while Hermann has a huge experience, so we usually combine these elements pretty well.

HT: I agree with Carsten [smiles].

Learning is an important element, but on the other hand, you need to be creative as well.

Carsten, you have quite a strong educational background, but how much did you actually learn from your father?

CT: I did learn a lot from him, really. To be honest, you can’t learn how to design a race track at any school. That’s just not possible. Most of our people work here for more than 20 years – so we have a very strong background based on actual practice. In order to do this job perfectly, you also need to have passion, because it’s not a standard job. Of course, one needs to possess special knowledge to make these kinds of projects happen.

HT: In my opinion, it’s crucially important to have your own ideas. Learning is an important element, but you need to be creative as well – it’s a big part of it.

CT: Exactly, it’s absolutely vital to see things from different perspectives and analyse them as imaginatively as you can. I think it’s something that really works well at our company. We’re totally open to discussing all possible scenarios and that enables us to be innovative.

Carsten, was it always a plan for you to work next to your father?

CT: No, I don’t think so! Hermann always told me that I should do something else because it’s too stressful [laughs]. I’ve always been interested in cars and subjects related to the engineering field, so I learned civil engineering. The work of my dad always made me proud, so from my side of things, it was a simple decision and, of course, he was also very happy when I joined the company.

HT: At the moment, we have 150 engineers. I must say that we’re quite happy with this headcount number.

CT: As you know, we’re project-oriented, therefore we have to make sure that we cover all the peaks. As Hermann said, we have the right amount of resources currently.

What else are you dealing with except for designing race tracks?

CT: We’ve designed many experience centres and some motorcycle tracks recently. Furthermore, we’ve established a new division which concentrates on proving roads and test tracks. They’re purely used during car development, so it has nothing to do with motorsports. It’s an individual sector, where we’re lucky to be among the innovation leaders globally. The third pillar is our architectural department, which is currently working on a multifunctional arena in Bahrain. All in all, we have three different sectors: motorsports, testing tracks – proving roads, and architecture.

Probably Hermann should write a book about all these challenges that we’ve faced so far.

And what was the biggest challenge you’ve faced so far?

HT: Let me think… Baku was quite a big challenge for me as it’s quite an extreme circuit through the city. It was pretty tough to get all the permissions and make it work in the end.

CT: I think all projects have their own difficulties and they’re all different. Different cultures, different environments, different soil conditions – it’s all pretty tough and complicated when you’re getting deep into the specifics. I remember we had many long hours with Charlie Whiting on the streets of Baku just to make the event happen. Time management is also a huge factor. You can’t close a project one week later than the plan, because it would mean the cancellation of a Grand Prix. Quality is obviously important for everyone, as you have to follow many standards by the FIA and make sure the track is as reliable as is physically possible. Probably Hermann should write a book about all these challenges that we’ve faced so far.

Hermann, did you ever actually think about publishing a book?

HT: No, I don’t believe I did [laughs]. To be fair, I don’t know how real writing is done, and I don’t really have time for it, at least not at the moment.

Carsten, the first F1 track, which is directly related to your name, is the Jeddah Street Circuit. Can you elaborate a little bit on that mysterious project?

CT: First of all, it was a real team effort. Communication was a key element throughout all of it. Initially, the first challenge was to find the best possible layout together with F1 and all the clients. After that, we had to make it happen in just eight months, which is a relatively brief period of time for a project like this. Actually, three weeks before the Grand Prix, we received many questions about the status of the circuit – many people thought we wouldn’t be able to finish it on time. In the end, it was a great success and everyone was satisfied with the result. We got great feedback from the drivers as well, which is always so satisfying to hear.

I think it’s fair to say that project management has changed a lot lately. Can you tell us how it has evolved from your own perspective?

HT: You’re right, it’s changed a lot, definitely. It’s not a secret to anyone that 20 years ago everything was less complicated. Nowadays, there are many rules and obligations that you need to follow. In the not-so-forgotten past, someone told you the expectations, you worked on a plan, and you just made it happen. Today, it’s totally different. On the other hand, the deliverables haven’t changed: you need to deliver on time combined with perfect quality – that’s it.

CT: In order to close a project successfully, you need to have greatly motivated people. I think it’s a privilege that we can work with very, very passionate people. Moreover, you need to have a trustworthy system that supports your work on a daily basis.

Did digitalisation make your job easier? If so, in what ways?

CT: In the past, we used to do everything on paper. We still use some paper, but we mostly rely on our computers. We can even make simulations on overtaking opportunities in each corner, which is incredible if you think about the recent past. It’s a powerful tool that enables us to adjust a track and make sure that we design the best possible layout. Our customers tend to use these kinds of simulations for marketing purposes too. When it comes to project management, digital platforms can help us a lot to organise conference calls without travelling to the other side of the world, and that helps a lot as well.

How excited are you about the rule changes in Formula 1 this year?

CT: We’re all pretty excited about the new season. The cars look great and many things have changed, so it should be exciting!

HT: At the moment, it’s pretty difficult to predict what the power rankings will be. We expect to see more overtaking this year, but nobody knows whether it will really happen. After the first 3-to 4 races, we’ll have a much better picture of how the rule changes have influenced racing in 2022.