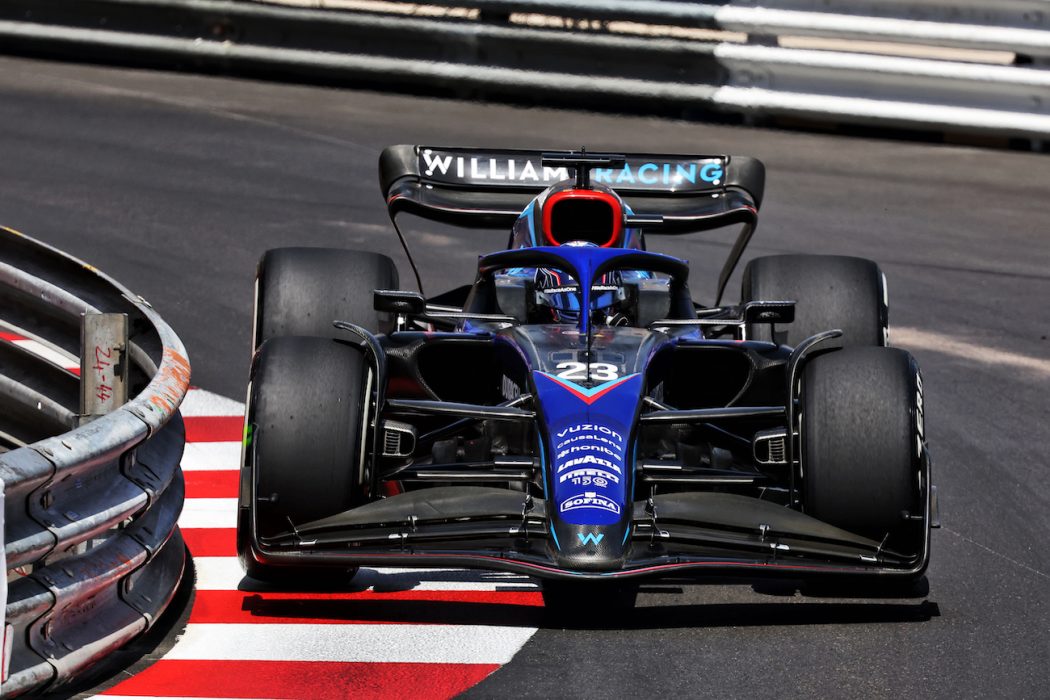 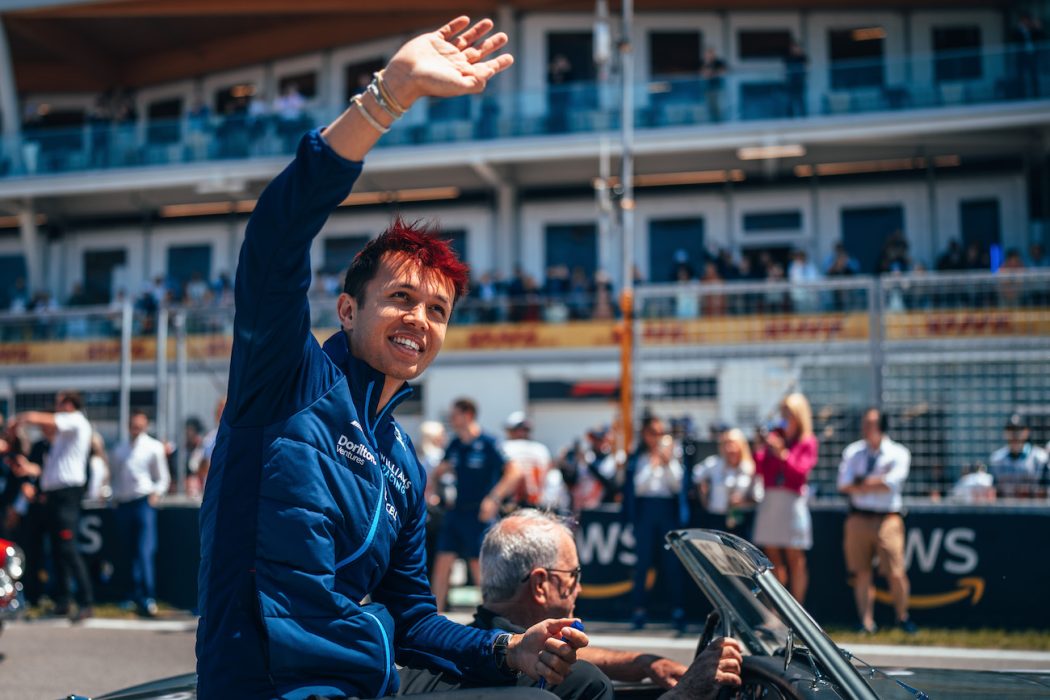 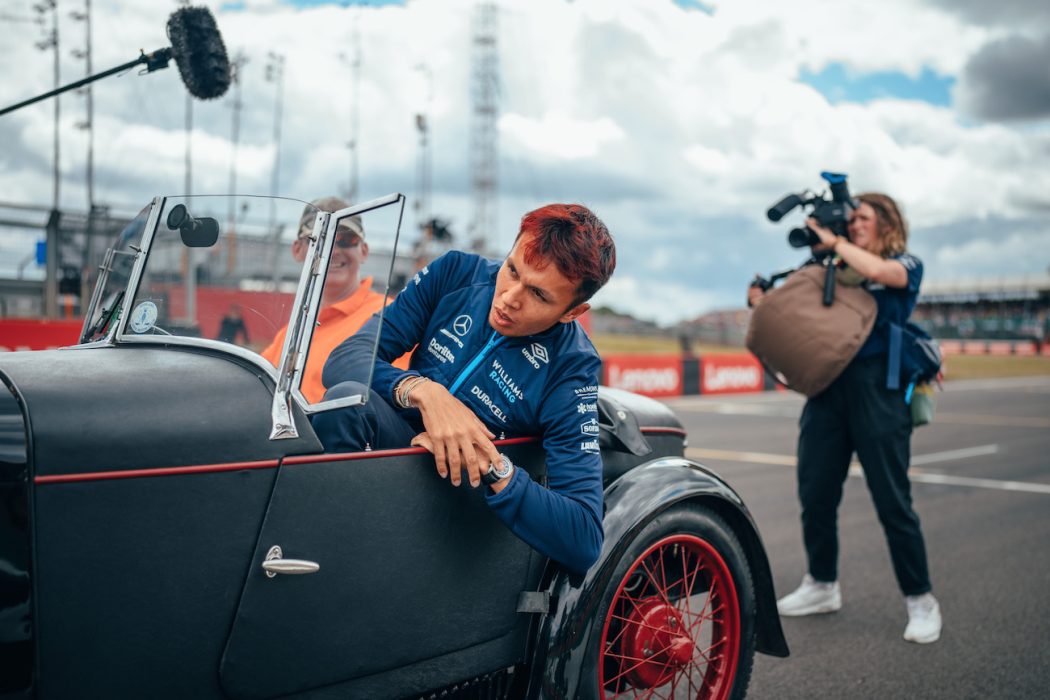 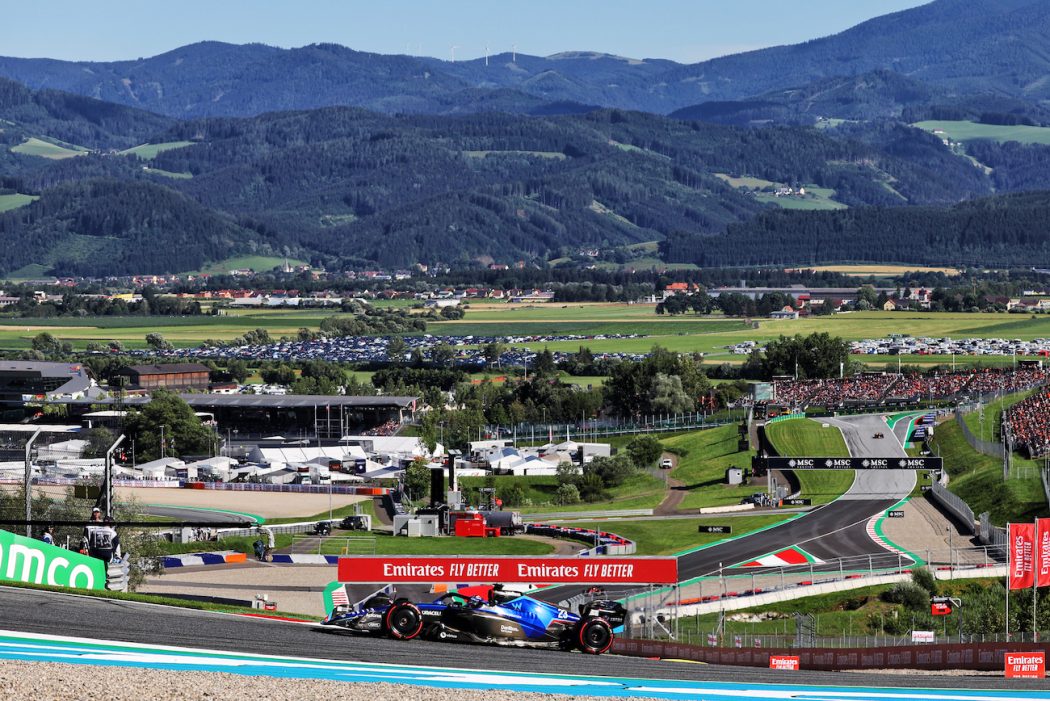 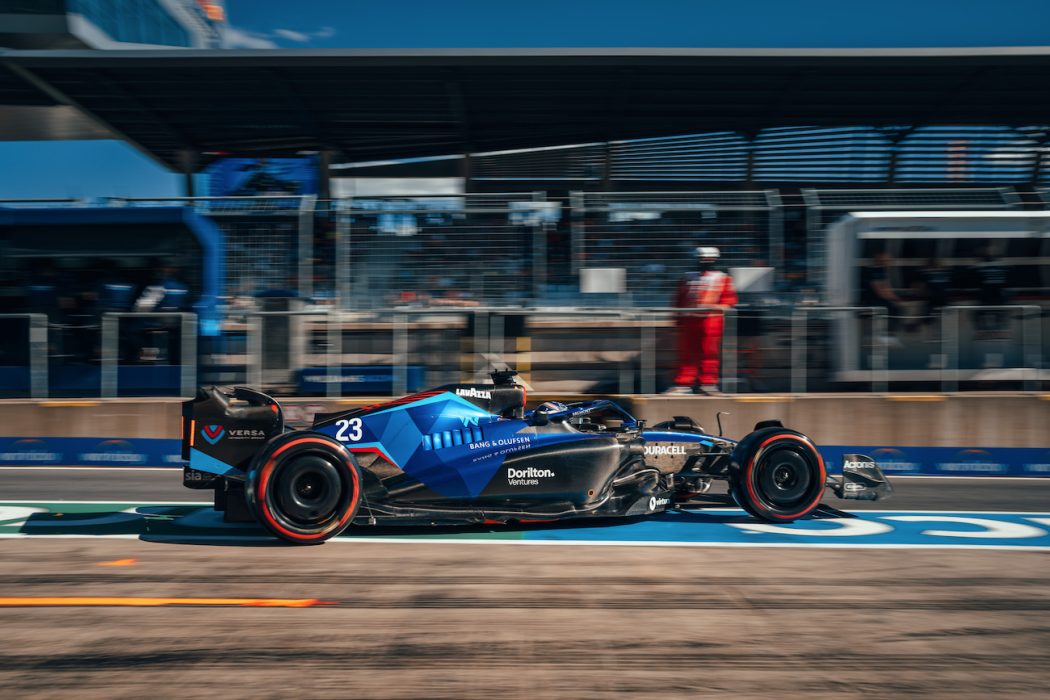 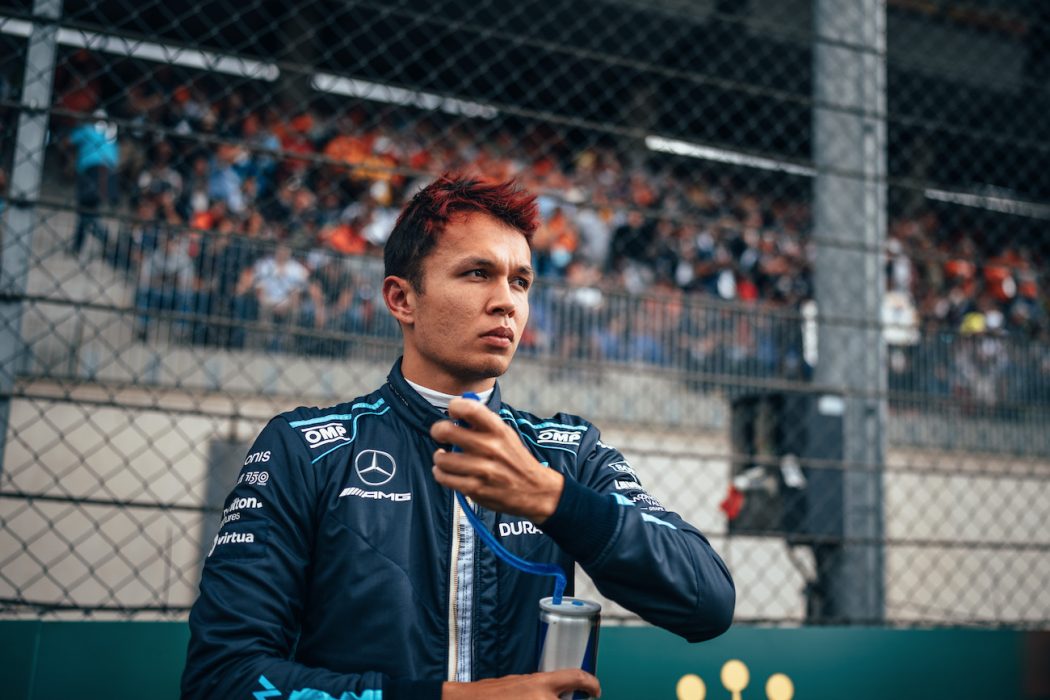 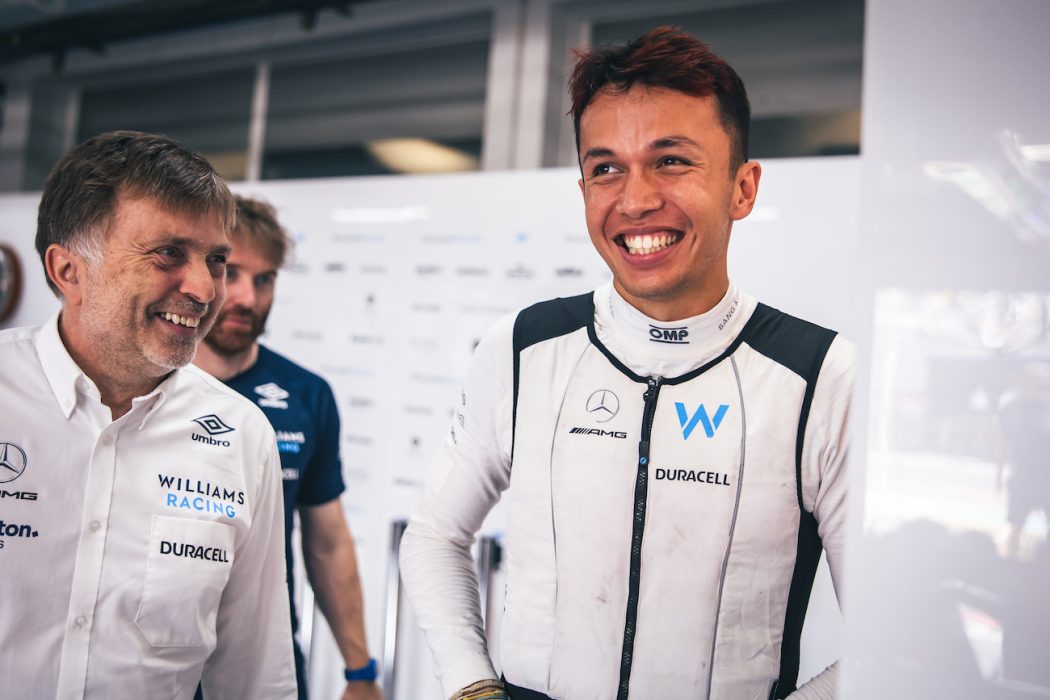 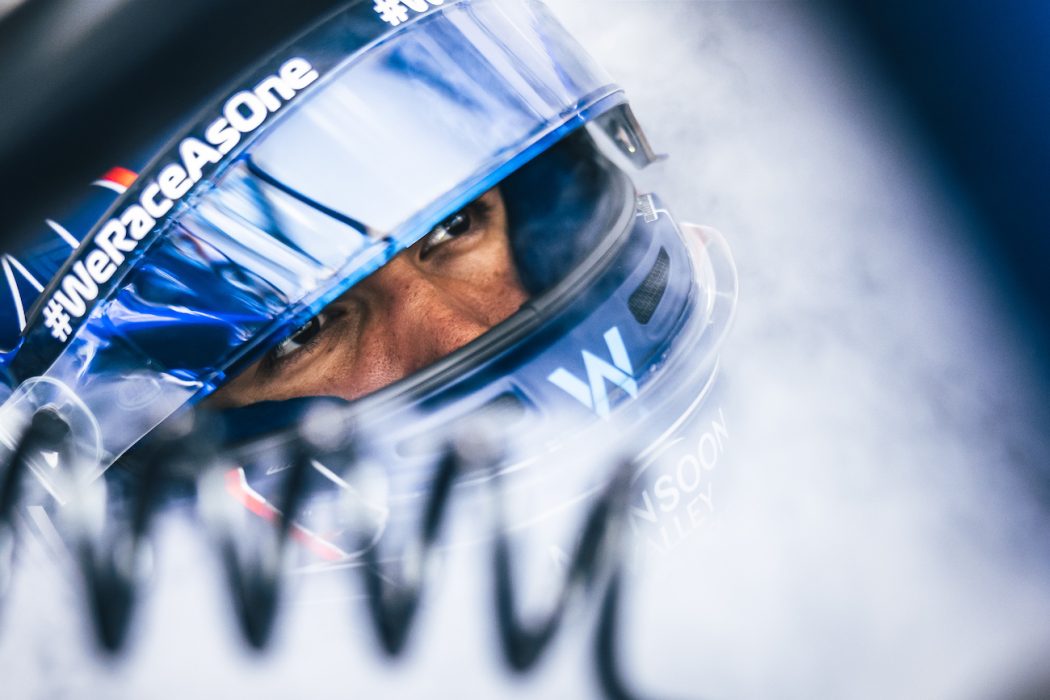 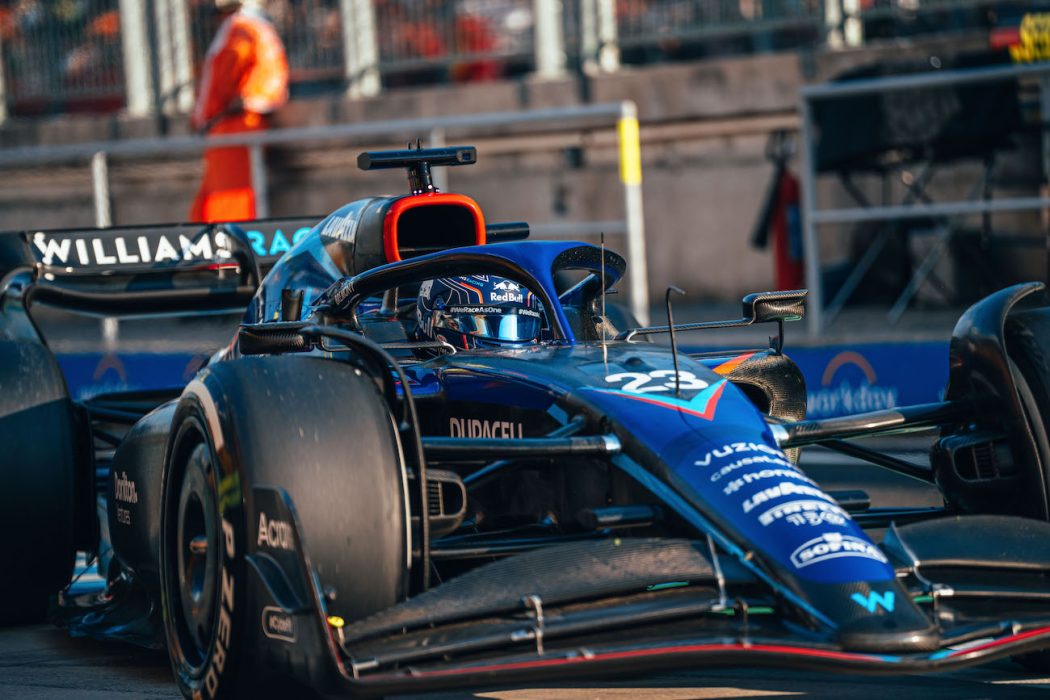 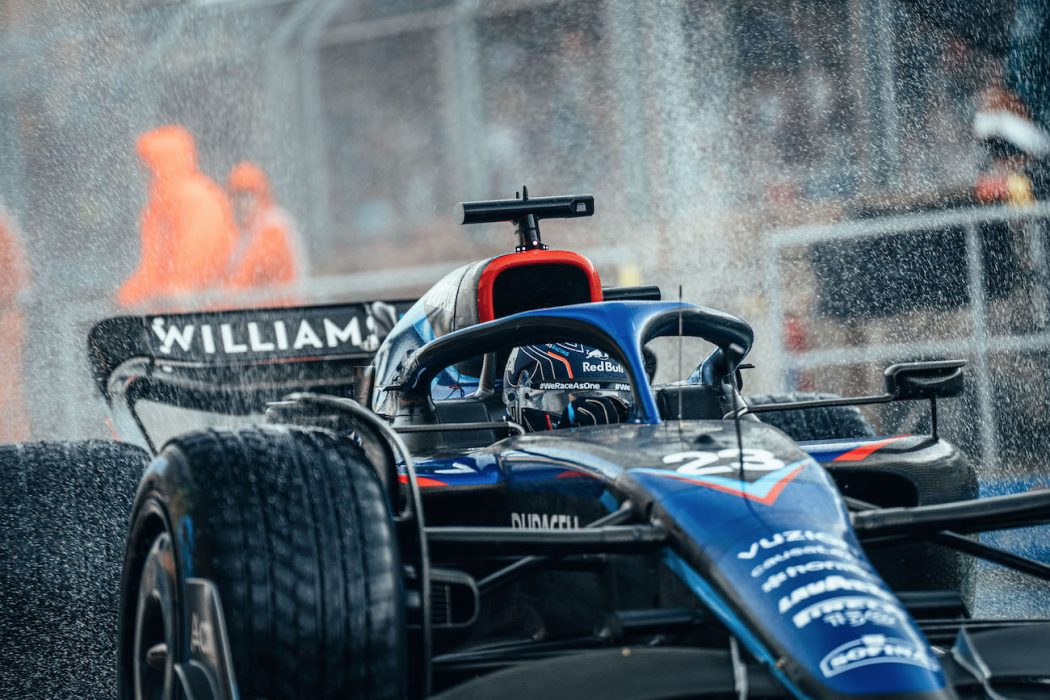 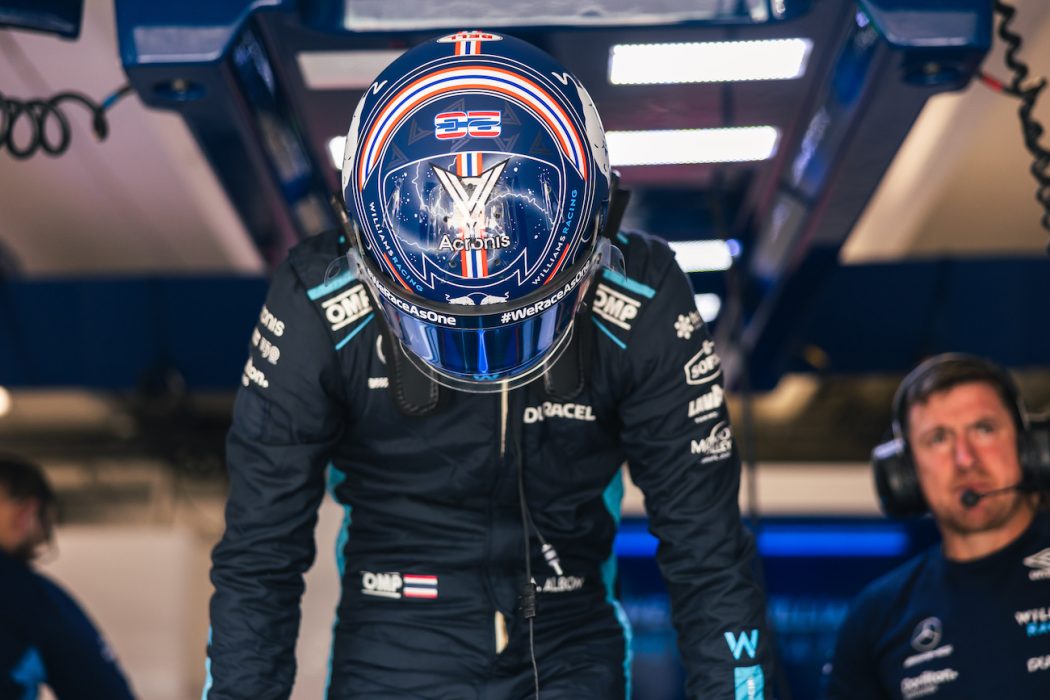 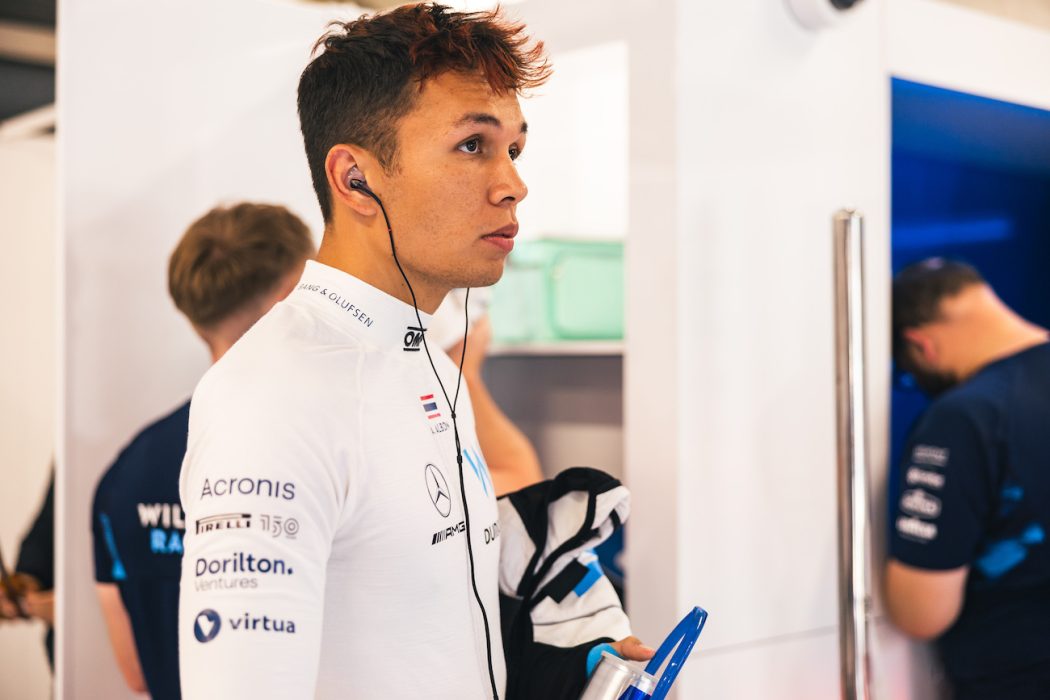 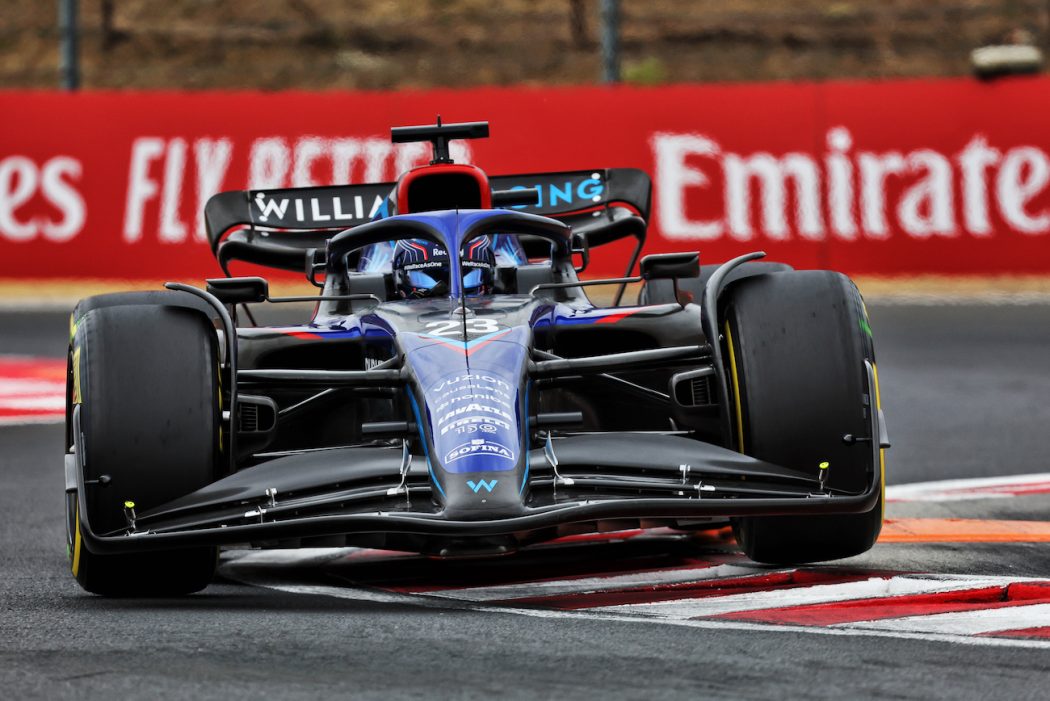 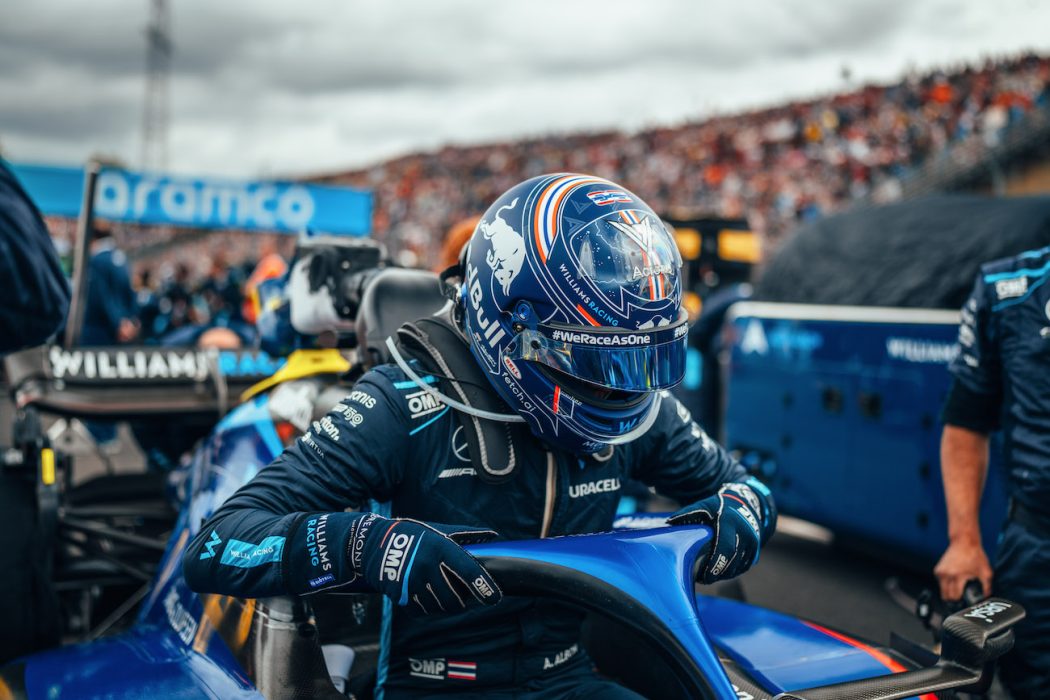 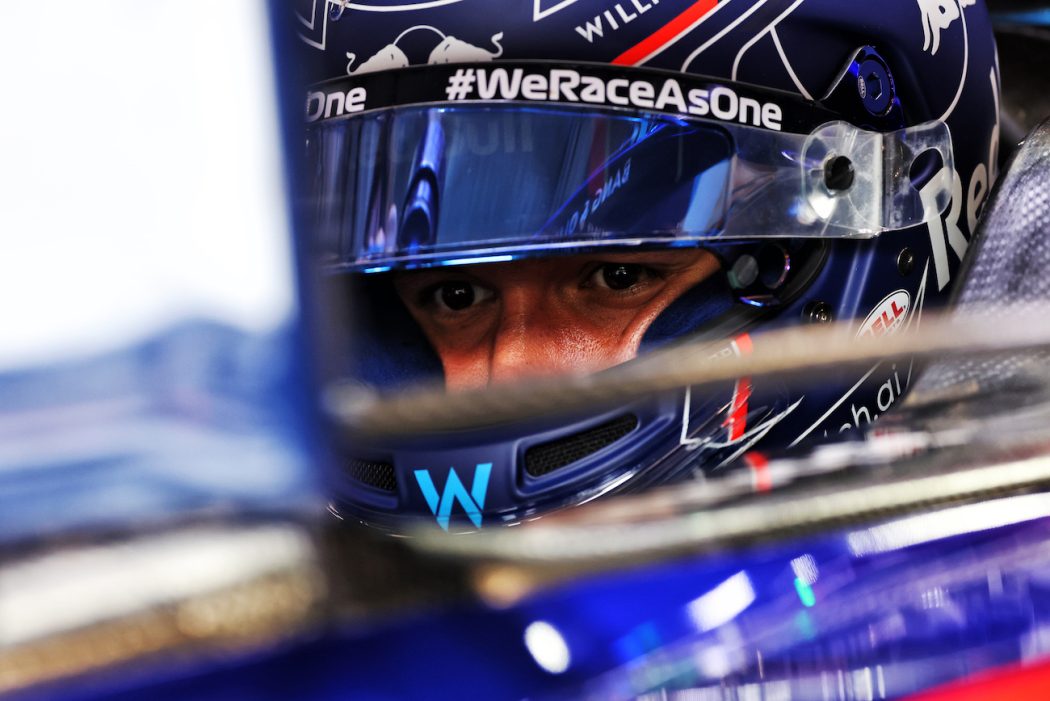 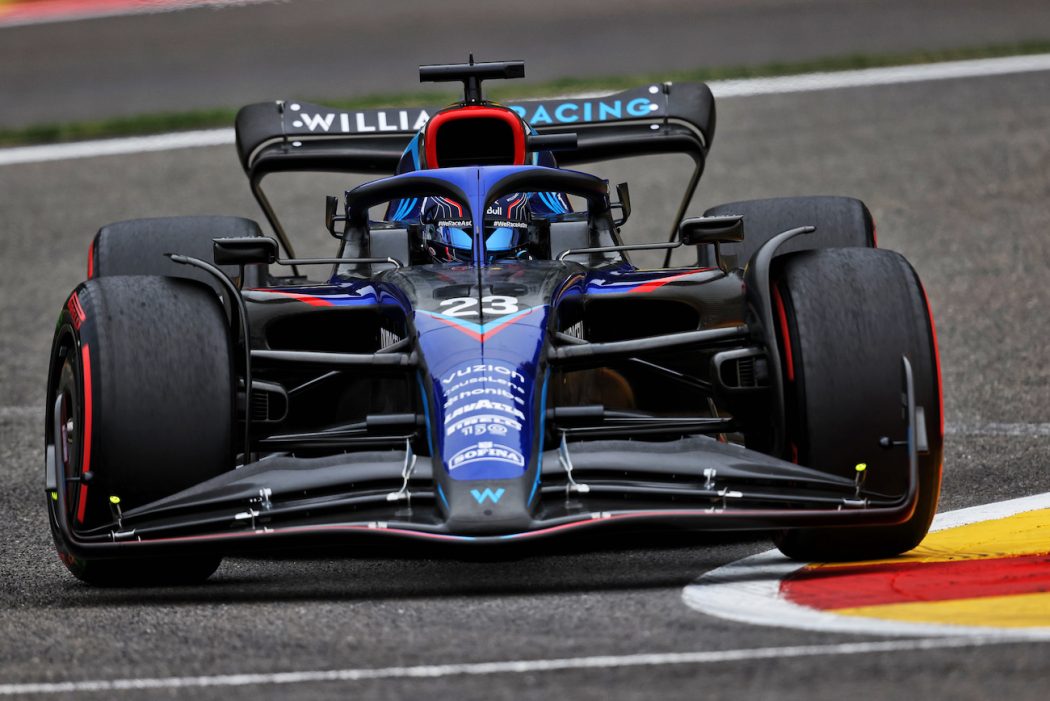 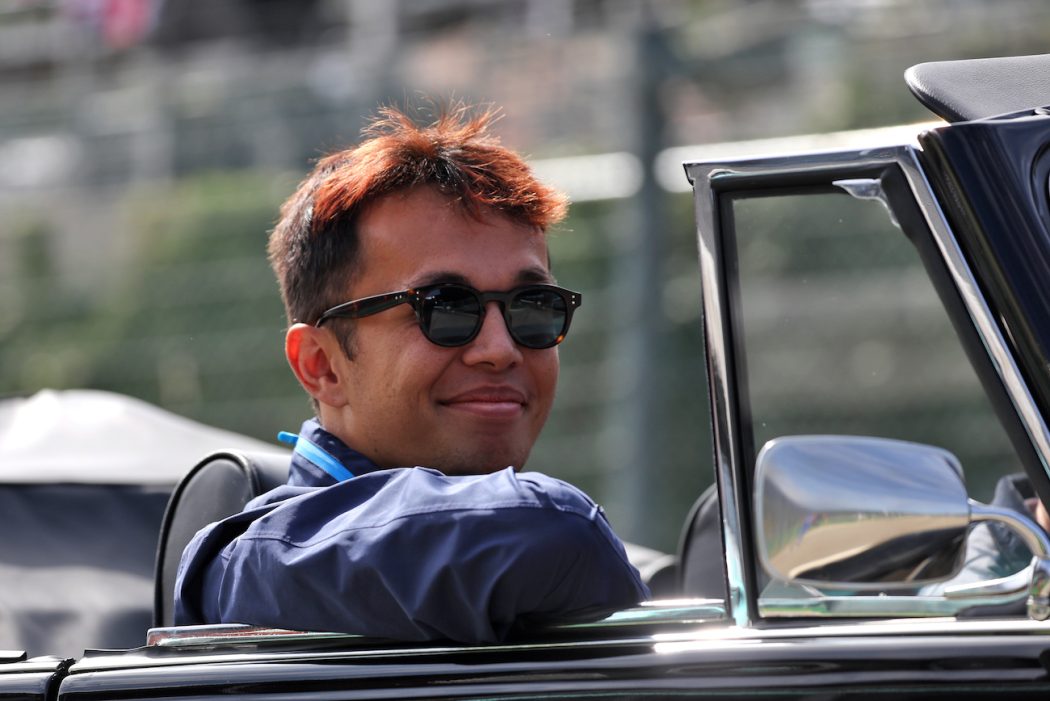 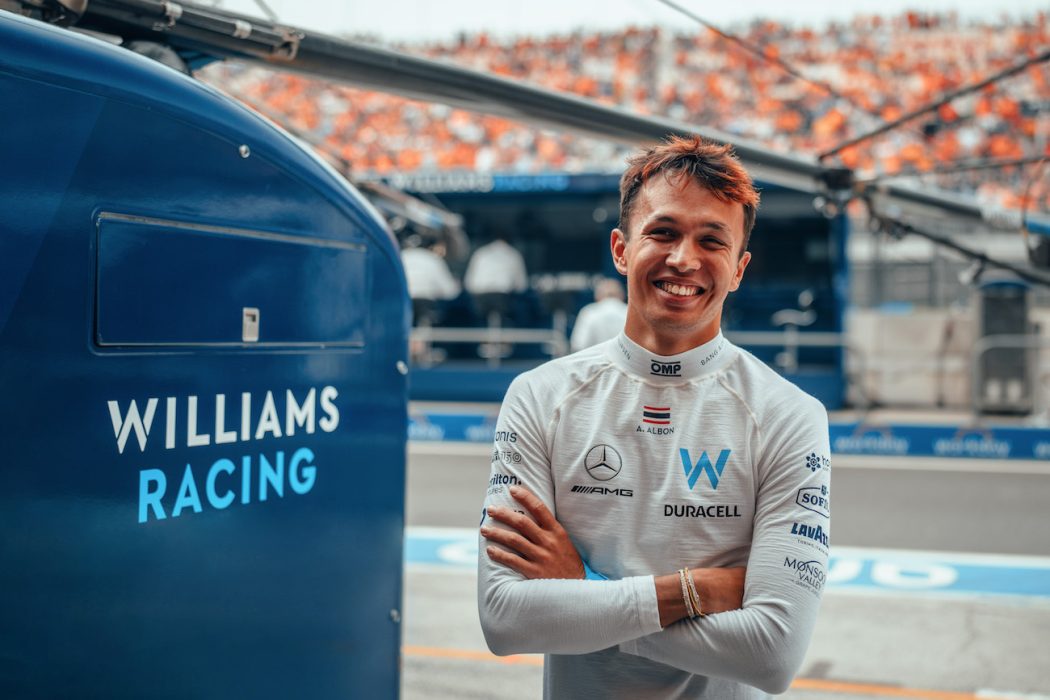 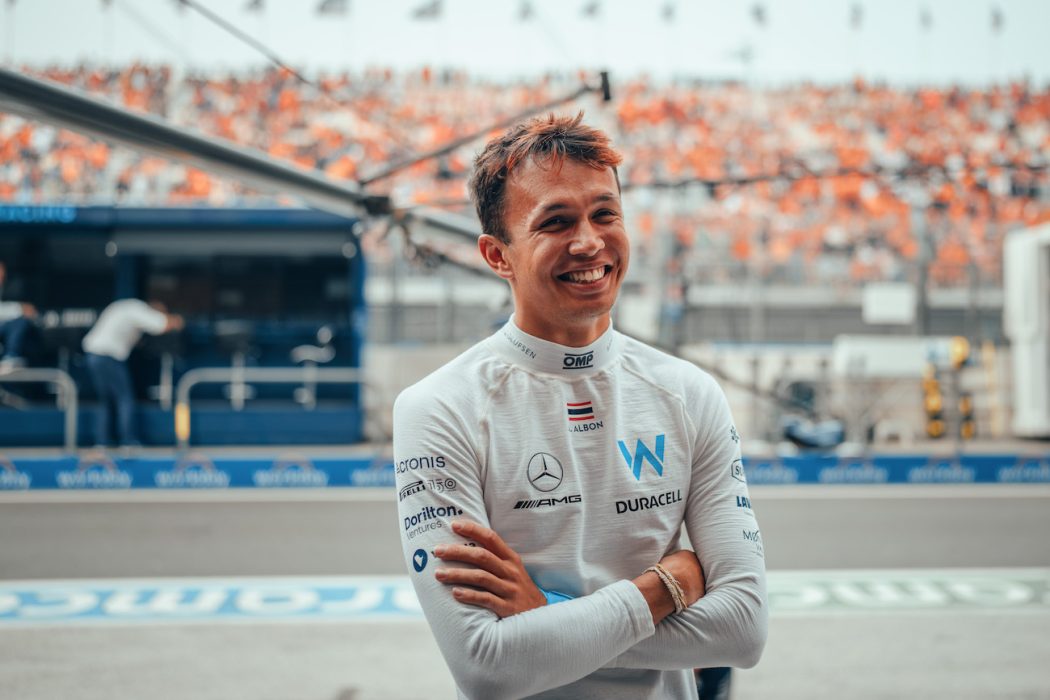 In an exclusive interview with Paddock Magazine, Williams F1 driver Alex Albon elaborates on the differences between racing for Williams and Red Bull, the possibility of a Formula 1 Thai Grand Prix, his former coaching role for Yuki Tsunoda, and much more. Stay tuned, and enjoy this interview!

You had a pretty strong race in Belgium, finishing in the points. Do you still believe it was one of the best races of your career?

Yeah, considering that we were struggling quite a lot in terms of pace, and we were on the back foot very early in the race. We ran P9 after Max and Charles passed, so it looked like a tricky race. I thought that P10 might be a very promising result – and we managed to hold on. In the last 20 laps, I held off a train of four or six cars. Eventually, we reached the point, and it felt like a well-deserved race. We maximised everything in the practice sessions and did a great job in qualifying. On Sunday, we didn’t have the pace we expected to have, and we were a bit slower than expected. Thanks to a great strategy and being proactive, we managed to execute a really nice race.

Exactly. I went to a couple of places. Ireland was the main one – I watched my girlfriend compete. Then, we made a round trip around Lake Como. We started in Monaco and went down to Florence – it was quite a big circle. I really enjoyed it. It’s a beautiful part of the world.

Just to see the increase in viewership and fans – it did shock me how much bigger it got.

We’re about to complete a triple header in Monza. How demanding is it from a driver’s point of view?

To be honest, it’s becoming the new normal. Of course, it’s not easy, and some teams have started to structure the different groups of people to give some rest to the technicians and engineers. It’s demanding – no doubt. We just keep getting more and more races on the calendar. Formula 1 is booming, so we need to capitalise on that. This triple header is relatively easy because there’s not much travel, and we’re still in Europe. We can go and sleep in our own bed after the races. As soon as we start doing the flyaway triple headers, that’s when it becomes challenging, and the demand really comes up. You have jet lag as well. It would help if you were brilliant about that. We have sleep doctors who ensure that we’re resting well enough and tell us how to adjust to all the time zone differences.

Do you see the trend that Formula 1’s popularity has been increasing dramatically? Do you see it in Thailand as well?

Yes, I do! Although Formula 1 is not as big as in some other countries. Bike racing is actually more popular, and we also have the Moto GP race there. Of course, it’s my job to promote it and do the best job I can. I’ve visited Thailand multiple times this year; now it’s not as tricky to go to Thailand as it was during the COVID-19 restrictions. My last visit there was in 2019, and I returned again this year. I was surprised at how much bigger it got.

Do you see a chance for a Thai Grand Prix any time soon?

Well, we have the track for it in Buriram already. It’s a great one, but a street circuit around Bangkok would be incredible too. There have been talks, so let’s see. I hope there will be an opportunity to race in Thailand. Around 50 or 60 countries are trying to get a spot in Formula 1, so I’m sure Thailand needs to show up a lot of cash if they want to be added to the calendar.

I was clearly doing something right at that stage.

Do you need to apply a different approach when racing for points? Are victories or are podiums out of your reach?

In terms of the pure performance side, no. You treat every session the same. You really try to maximise everything with the engineers and the team. Of course, the way of racing is slightly different because you have so much fighting in the midfield – it’s elbows out, it’s much more fierce. Many more teams can score points, and you must be perfect in every area to get points. That’s where the details are vital, and that’s slightly different.

On the other hand, the mentality side of things has somewhat changed. Your feeling for points is the same as for a podium. It’s a powerful feeling to get points for the team, and it’s something that means a lot.

How could you compare the ways of working at Williams and Red Bull?

Well, it’s pretty similar. Williams is a massive team with 150 people, even in terms of numbers. It’s pretty similar to Red Bull. So many parts are built in-house at our factory in Groove. Of course, in terms of funding, it’s slightly behind on Red Bull. When you look away from that, there are not too many differences. The level is extremely high, and the details are examined similarly. Maybe it’s more like a family feel here, which comes from generations all the way down to Frank Williams. Meanwhile, Red Bull is a huge corporate business, and there is a big push on the marketing size over there.

Do you feel any effect of the cost cap as a driver?

A little bit, yes. Of course, crashing is a big no-no nowadays. The way the updates are coming and the way you need to work is much more selective and time-consuming because you can’t just add little pieces and upgrades every race. It’s not cost-efficient to do that. The feedback is critical; you can’t just try things and put them on the car. It’s how we communicate with the team. We need to be very sure about things when we talk about the car and how it’s behaving. After that, it’s pretty similar. I still feel the top teams have an advantage. They have the infrastructure and the personnel. The smaller teams are still playing catch-up with that stuff. They still need to outsource a lot of things because they can’t afford some of the vast machines that the top teams could, so there is a slight difference, but the actual effect is going to be in 4 or 5 years when the trickle-down has stopped, and all the teams can close up.

I don’t want to take credit for it, but his performance improved, and he made significant steps forward throughout the year.

What are your thoughts regarding your Red Bull move in 2019? Was it the right thing to do?

It’s pretty hard to say. There were good things and bad things… Ultimately, I was promoted, so if you look at my career, it’ll always be there. The first few months of my Formula 1 career went very well, and I got the chance as early as I did, so I was doing something right at that stage. I didn’t have the experience of most people who are in the top team. I feel like I’ve learnt a lot. If you think, I’ve been in the sport for two years now, racing – it was my third year, and I had a year away as well. You can learn a lot when you’re in a top team and have the chance to be there. I feel like I’m a better person now, and I’d never regret going to Red Bull because it made me a much better driver. I went through some hard times, which also made me stronger as a person.

Is Max Verstappen the best driver you’ve ever raced against?

In terms of natural talent, he’s up there. It’s tough to say he’s the best guy I’ve ever raced with. I’ve been lucky to be Charles’s teammate, racing with drivers like George and Lando. I think Max is extremely gifted talent-wise. He’s on the limit from the first lap to the last lap. He has a unique way of driving the car, and it’s actually a tricky way for his teammates to follow, but he’s quick. He’s operating very high and controlling the championship well this year.

Did you like the mentoring role of Yuki Tsunoda during your off-year? 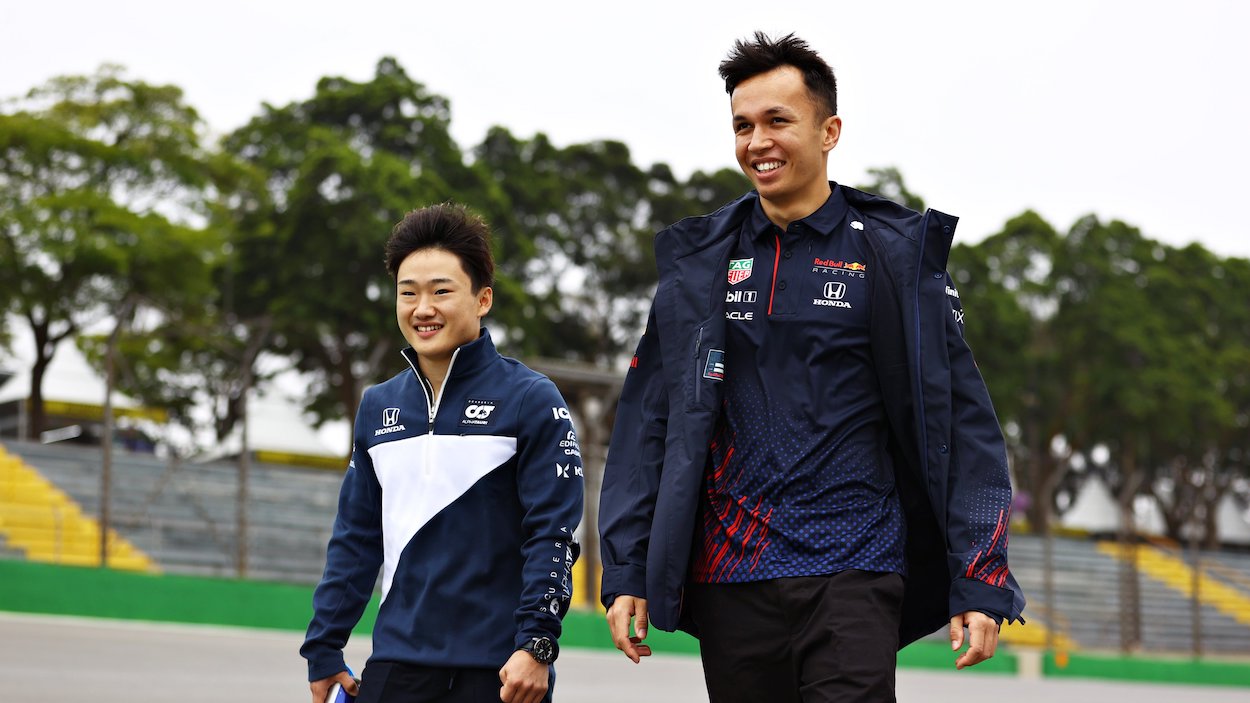 Initially, I wouldn’t say I liked it because it was a position in the team that I wanted to take. [Yuki’s seat] At that time, I didn’t have a seat in Formula 1, and one of the seats available could have been Yuki’s seat. Initially, I was a bit on the fence, but I learned that Yuki would stay, and I liked him. He’s a great and funny person. Of course, Yuki is young, but it was interesting because I could see many things he was going through that I went through the year before. The struggles he was having were very similar. I could also teach him the things I learnt pretty quickly. I went through tough times to learn these lessons, and I felt like I could already start and pass these lessons on. I don’t want to take credit for it, but his performance did improve, and he was making significant steps forward throughout the year, which was nice to see and rewarding to be part of that process. [Laughs]

You learn how other drivers are, and I felt like… It’s not like a test object, but you could ask him things and see how he feels about things. It was a fascinating thing.

I wouldn’t say it’s something I’d necessarily do in the future. Maybe if the job pays very well. [Laughs]

Anyway, it was a great experience, and I like working with people. I enjoyed working with Yuki, and maybe in the future, in terms of jobs, I’ll get involved in motorsports. Personally, I’d like to focus more on Thai talents and try to bring kids from Thailand closer to motorsports. Moreover, I want mechanics and engineers to get more involved in that; it’s a goal of mine. It’s not a short-term plan, as I’d also need a lot of money to make it happen.