Two Istanbulls on a Bosphorus bridge

Drivers became Istanbulls to celebrate race in Turkey and the launch of premium fashion brand AlphaTauri in Istanbul by performing doughnuts and a pit stop simultaneously in Europe and Asia.

F1 drivers Pierre Gasly of Scuderia AlphaTauri and Alex Albon of Aston Martin Red Bull Racing took to the streets of the transcontinental city Istanbul, Turkey with a driving display through the town and on the 15 July Martyrs Bridge. The occasion celebrated the long-awaited return of F1 to the country with Sunday’s Formula 1 DHL Turkish Grand Prix, as well as the debut for premium fashion brand AlphaTauri. Here is everything you need to know: 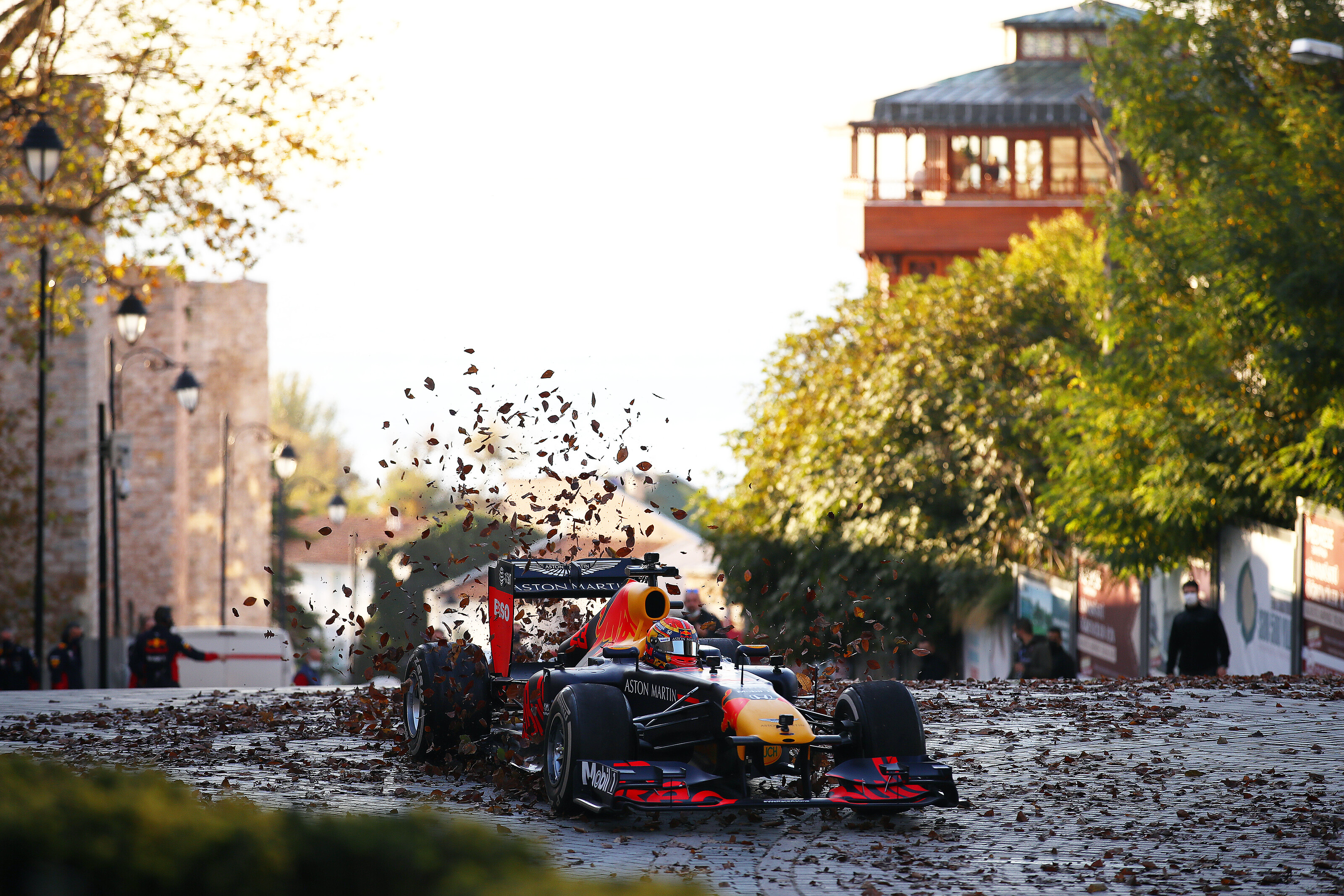 Straddling the Bosphorus Strait that separates Europe and Asia, Istanbul is one of few cities to be located on two continents and has played a prominent role on the route between east and west for centuries. On November 11, Albon and Gasly took two F1 cars onto the 1,560m-long suspension bridge that crosses the strait, becoming the first drivers in history to perform a pit stop and doughnuts in one city across two continents at the same moment.

This weekend will be the first time that AlphaTauri and its Scuderia AlphaTauri racing team appear in Turkey. In their six Turkish Grand Prix entries to date (2006-2011), the team now named after Red Bull’s premium fashion brand raced under former name Scuderia Toro Rosso.

With the return of the fan-favourite Grand Prix, AlphaTauri has just announced its debut in Istanbul, where the collection is now available at select Vakkorama Stores. 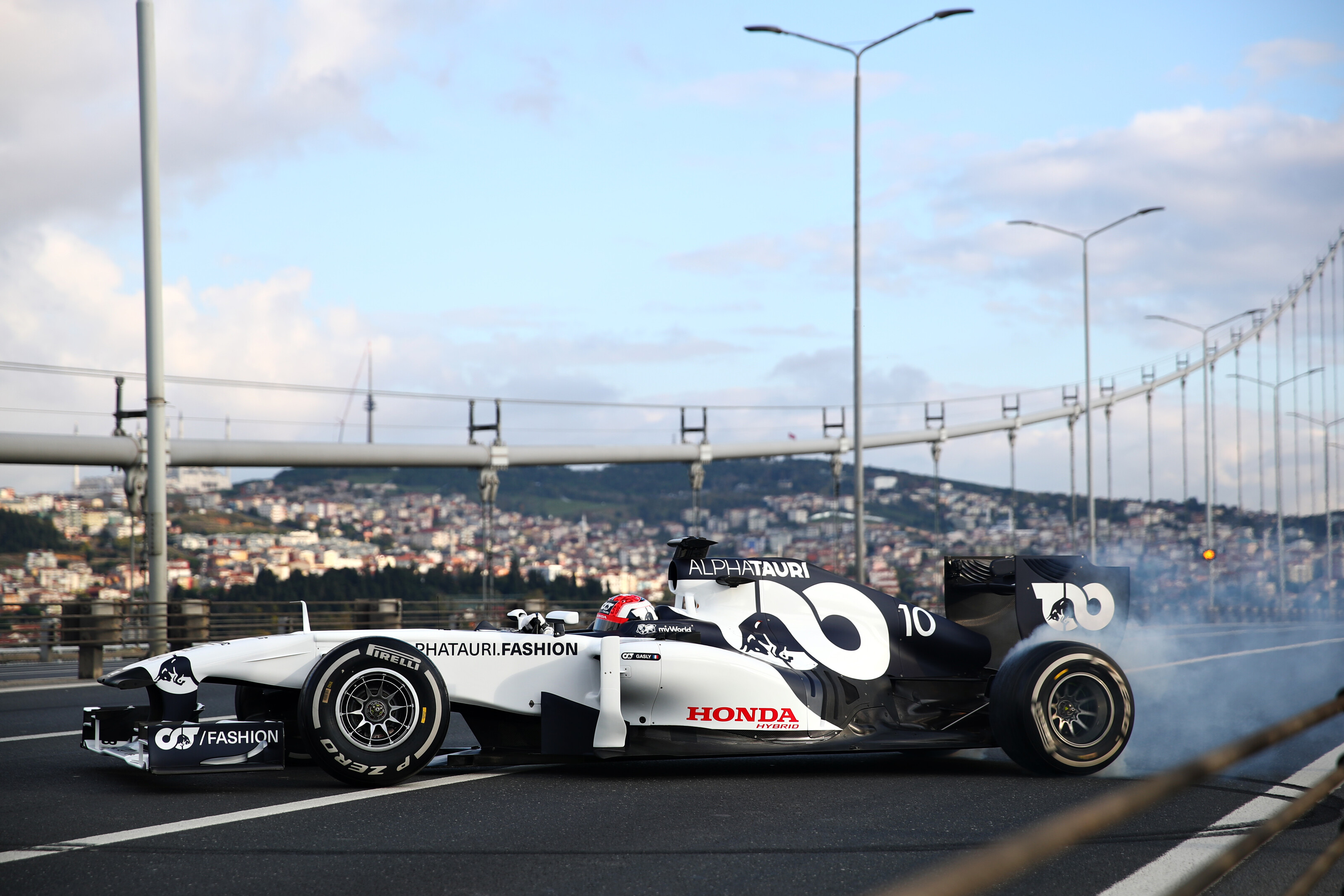 With this entry into the Turkish market, AlphaTauri’s collection is now available in almost 90 countries around the world. Ahmet Mercan, General Manager AlphaTauri, said: “Driving our global business and launching AlphaTauri in Turkey, even in such challenging times for the entire global fashion industry, sets a very positive momentum.”

Scuderia AlphaTauri is looking to build on a strong 2020 season, highlighted by a race victory for Gasly at Monza in September. It was the first F1 win for the Frenchman and the first for his team in AlphaTauri colours, and a memorable moment for the premium fashion brand in their initial foray into the sport.

After his experience on the streets of Istanbul, Gasly said, “Any time you have the possibility to drive a Formula 1 car at an iconic landmark is special. It was incredible to drive on the Bosphorus Bridge, thinking that in a blink of an eye you cross the border of two continents – just amazing! We celebrate the return of F1 in Turkey, and it’s great to know it coincides with the introduction of the AlphaTauri team and fashion label. I personally like AlphaTauri clothing a lot, and it’s a privilege to be carrying its colours around the world.” 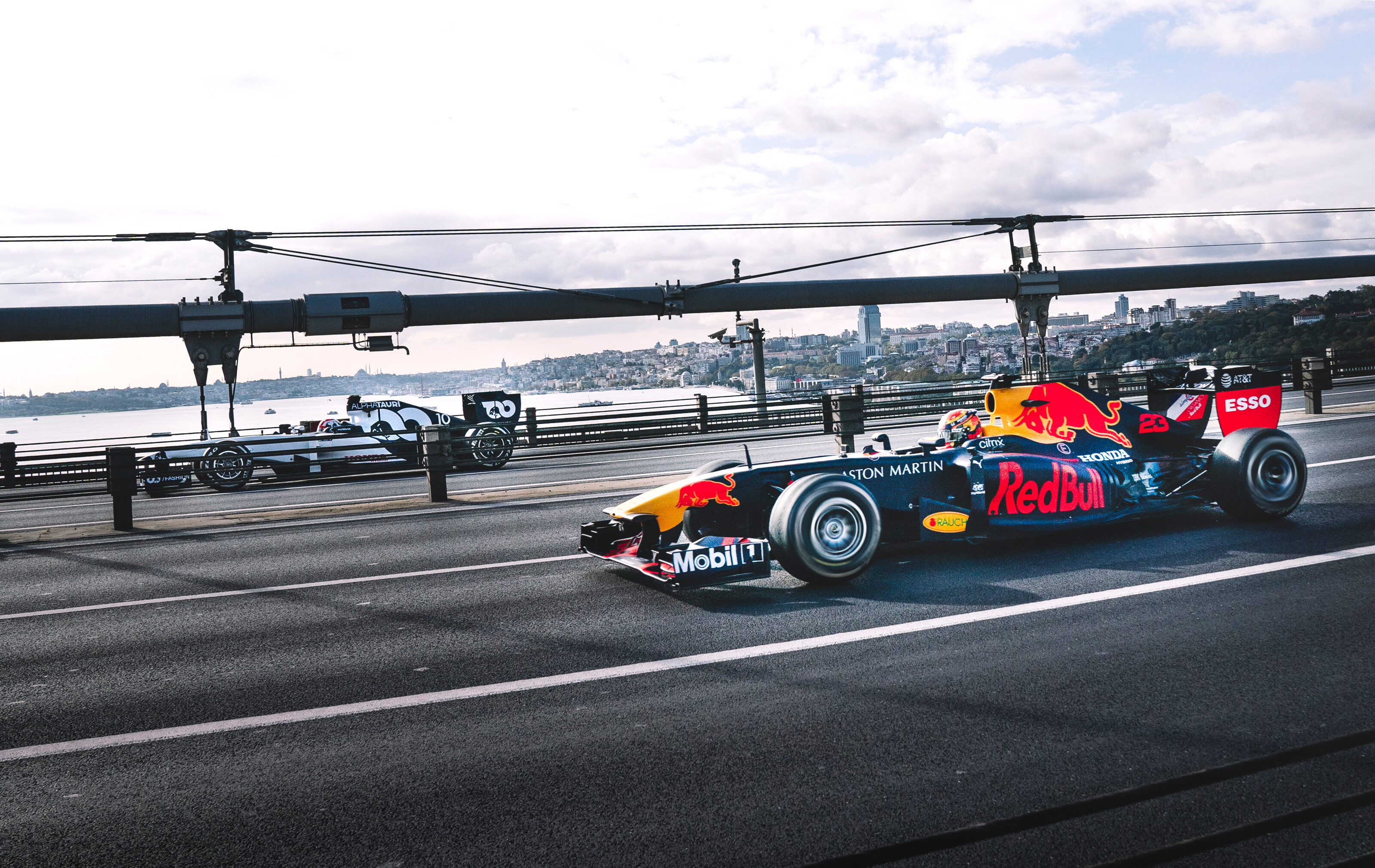 For Aston Martin Red Bull Racing, the race in Turkey marks a key anniversary for the team as its 300th Grand Prix. And Albon is hoping to build upon a recent breakthrough when his third place at the Tuscan Grand Prix made him the first Thai driver to stand on an F1 podium. The team hope to follow up on the one win and five podium finishes previously achieved in Turkey.

“Driving on the streets is challenging, but it’s fun. It’s nice to enjoy driving an F1 car in places which otherwise would never be a possibility. The view from the Bosphorus Bridge is amazing and to see it all from the cockpit of an F1 car was pretty mega, but I think the best bit was driving between the two continents,” said Albon. “I think it was the best possible way to create some noise around the launch. AlphaTauri is still young but has big aspirations and this event definitely shows that.” 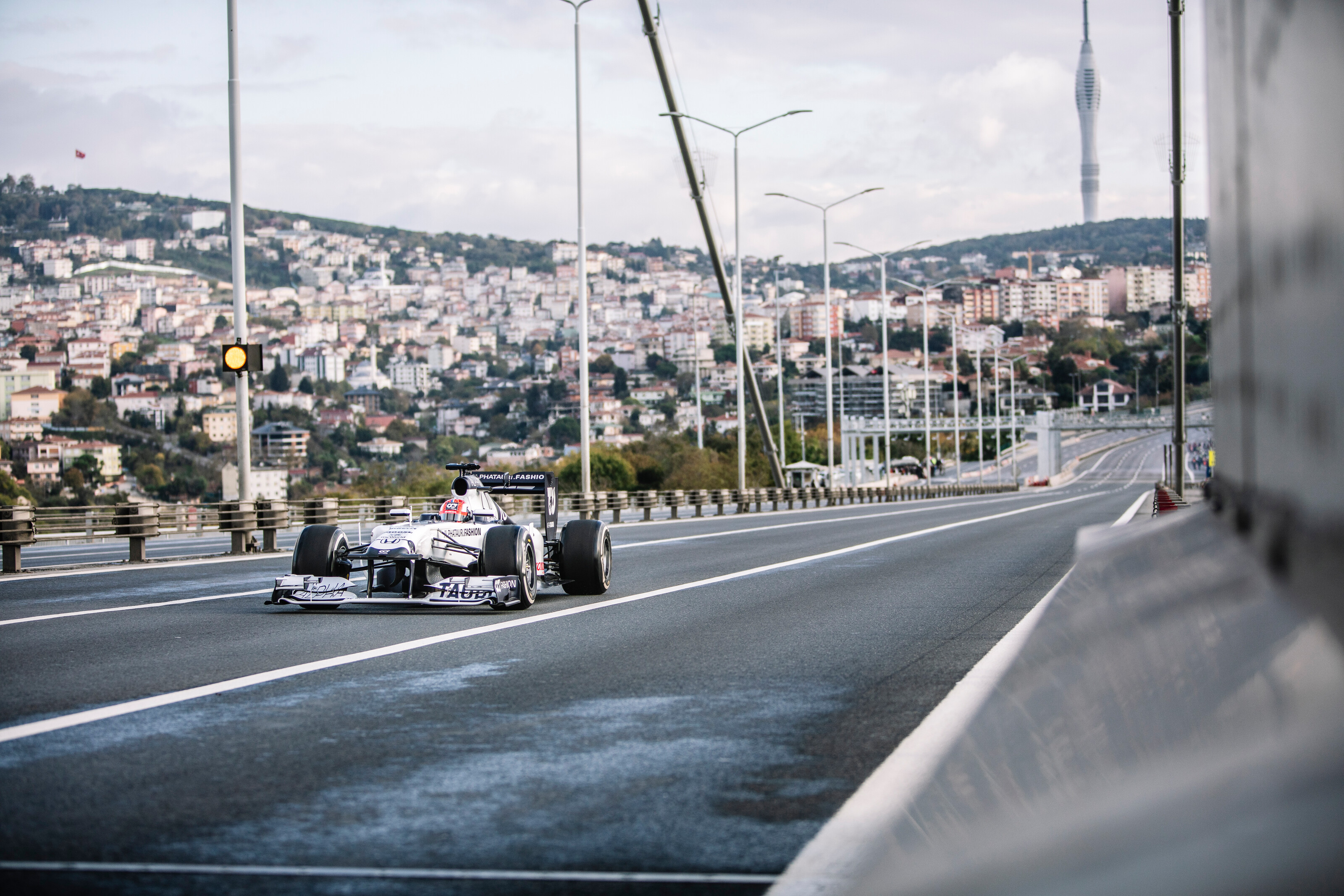 Regarding this weekend’s race, Albon continued, “Istanbul Park is one of those circuits that made a big impression when I was watching Formula One as a kid, particularly Turn 8, which is one of F1’s most iconic corners. It looks really impressive, and I’m looking forward to racing there for the Team’s 300th race. It’s a pretty big milestone and I hope that we can mark it with a great race on Sunday.”

F1’s return race in Turkey will happen at Intercity Istanbul Park on November 15, 2020. With a dynamic, 5.338km circuit and ferocious “Diabolica” Turn 8, the racetrack became a Formula 1 classic, the most recent of which concluded with a 1-2 finish for Aston Martin Red Bull Racing.