Valtteri was honoured with the 2018 Bandini Trophy on Saturday. As part of the celebrations, he took the team’s 2016 car on a drive through the Northern Italian countryside.

Valtteri Bottas was yesterday awarded the prestigious Bandini Trophy in Brisighella, Italy. He received the prize in recognition of his breakthrough performance; securing both his first Formula One race wins and pole positions in 2017. The current campaign has seen a very consistent performance by the Finn, who came home second in both Bahrain and China and missed the win in Azerbaijan when his tyre punctured with only three laps to go. Valtteri is the 25th recipient of the trophy, which both Lewis Hamilton (2010) and Mercedes-AMG Petronas Motorsport (2015) received in previous years.

Established in 1992, the Bandini Trophy is given out by Associazione Trofeo Lorenzo Bandini. It is awarded in memory of the Italian racing driver Lorenzo Bandini, a race winner in both Formula One and the 24 Hours of Le Mans who tragically lost his life at the age of 31 in the 1967 Monaco Grand Prix. The recipient of the prize is chosen by a jury of 12, including Giancarlo Minardi, founder and former Managing Director of the Minardi Formula One team, Italian motorsport journalist Pino Allievi and Cesare Fiorio, former sporting director for Ferrari, Ligier and Minardi. 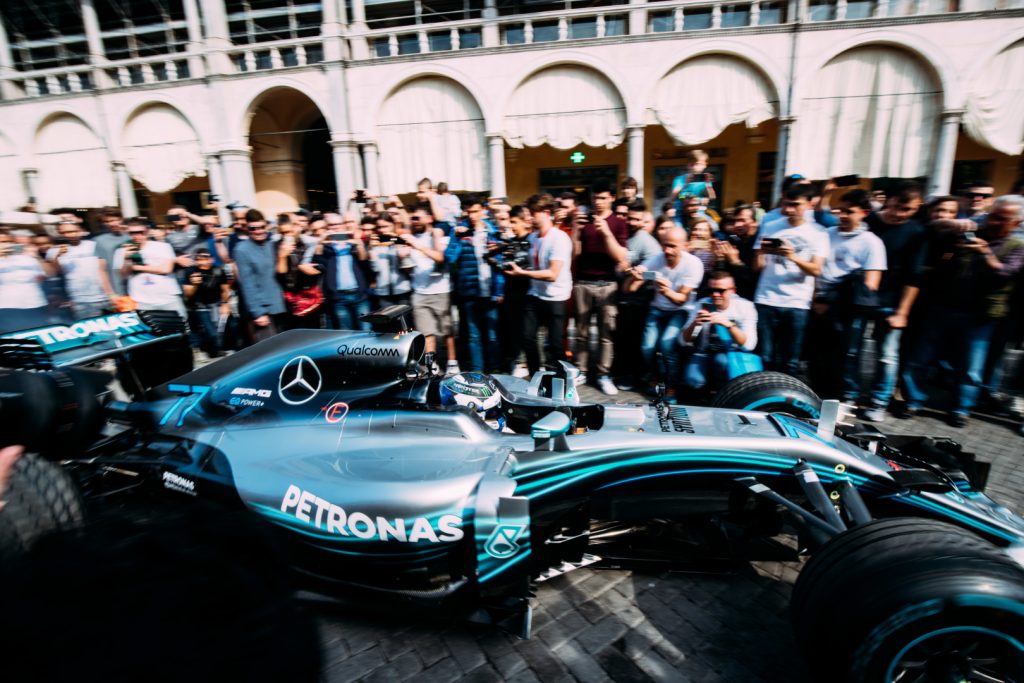 The awards ceremony commenced on Saturday afternoon with Valtteri taking the team’s 2016 Championship-winning car, the F1 W07 Hybrid, on a 12-kilometre drive through the Northern Italian countryside. Starting in the city of Faenza, home of the historic Minardi F1 team, Valtteri headed south towards Lorenzo Bandini’s home town of Brisighella – safely escorted by the police, who made sure the Finn didn’t show the full performance of the Silver Arrow. The W07 was raced in 2016, winning 19 out of the 21 Formula One races that season and resulting in both the Drivers’ and Constructors’ Championships for Mercedes-AMG Petronas Motorsport.

As Valtteri left the Piazza del Popolo in Faenza in the W07, the picturesque village of Brisighella was already buzzing as a large crowd gathered for the parade of historic racing cars. The highlight of the day was the awards ceremony in the evening, where Lorenzo Bandini’s wife Margherita Freddi handed Valtteri the prestigious trophy in Brisighella. She was accompanied on stage by Francesco Asirelli, president of the Associazione Trofeo Lorenzo Bandini, Italian senator Stefano Collina, the president of the Emilia-Romagna region Stefano Bonaccini as well as Janne Taalas, Finnish ambassador to Italy. 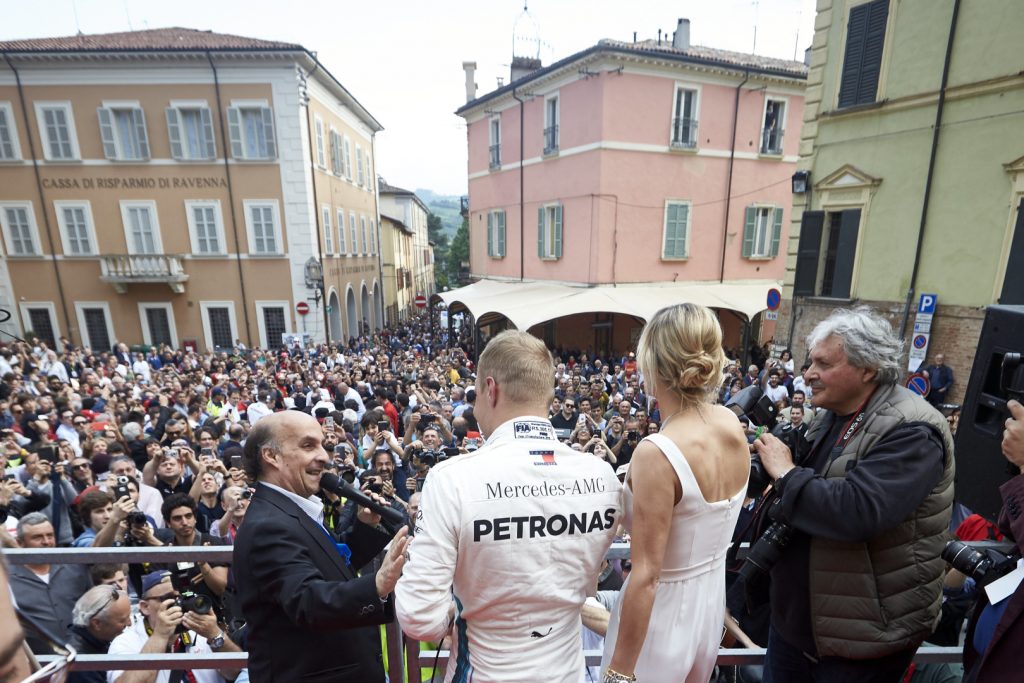 Upon receiving the trophy, Valtteri said: “This is a big honour. I saw the list of drivers who received the Bandini Trophy before. There are some really impressive names on that list – just think of the total amount of championships these people have won! So I feel very honoured to now be a Bandini winner myself. I had some good moments last year and it’s nice to be recognised for those. Driving the 2016 car on the roads just added to the excitement of this great day.” 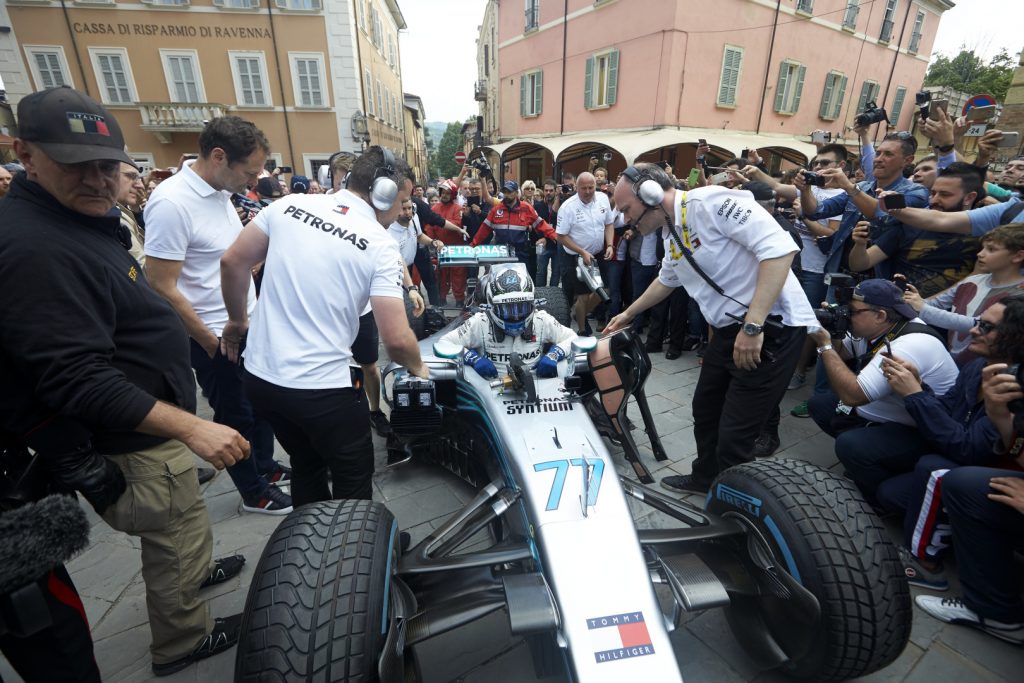 Andrea Dolfi, Global Technology Manager, Engine Fluids & Motorsport at Petronas Lubricants International (PLI) was also among the honourees, being awarded the prize from the Emilia Romagna Motor Valley panel. PLI has a strong presence in Italy, which grew even stronger in recent weeks with the opening of the company’s new $60 million Global Research & Technology Centre in Turin.

After the ceremony, the honourees attended the awards gala with around 500 guests.