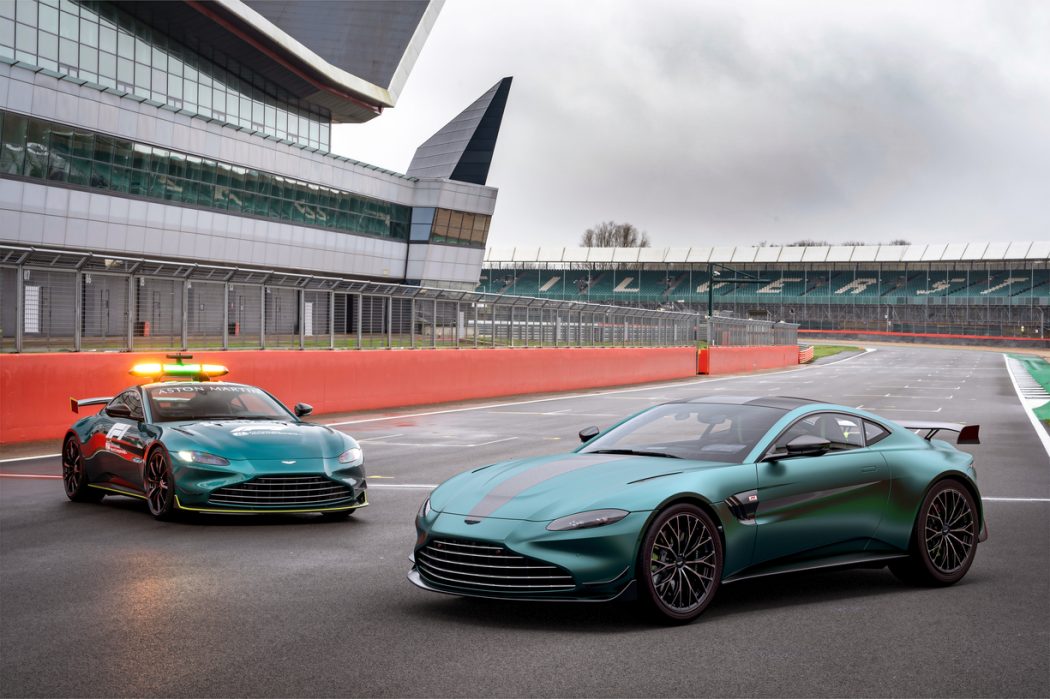 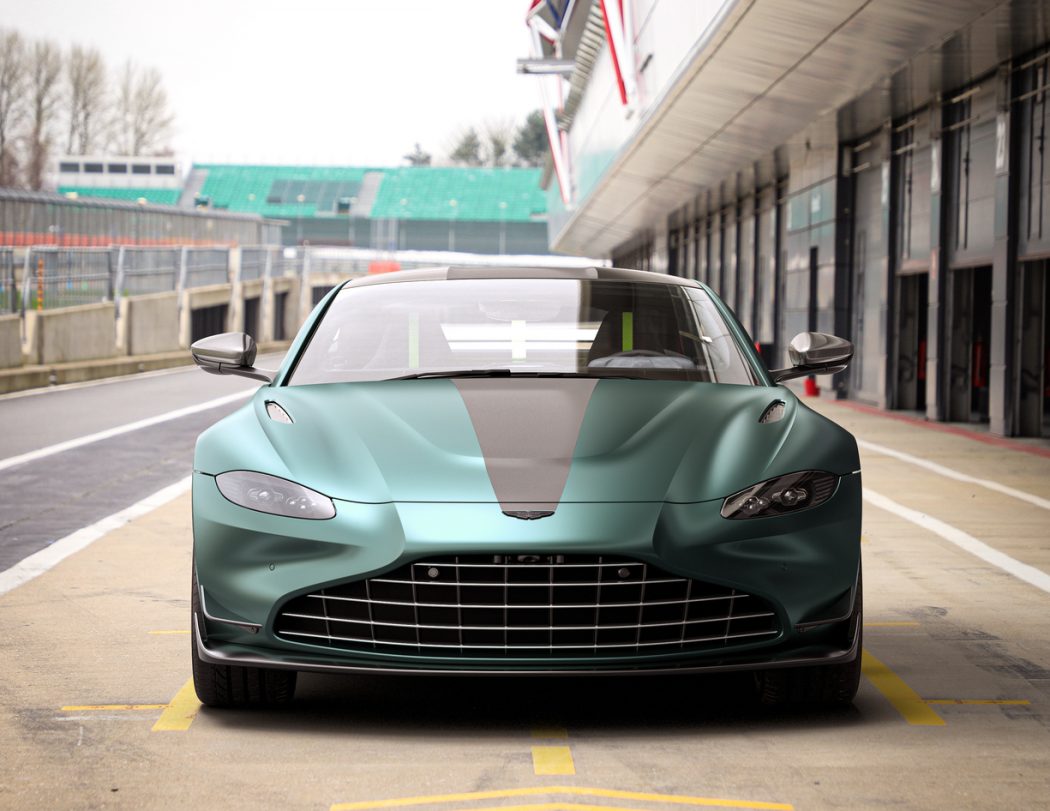 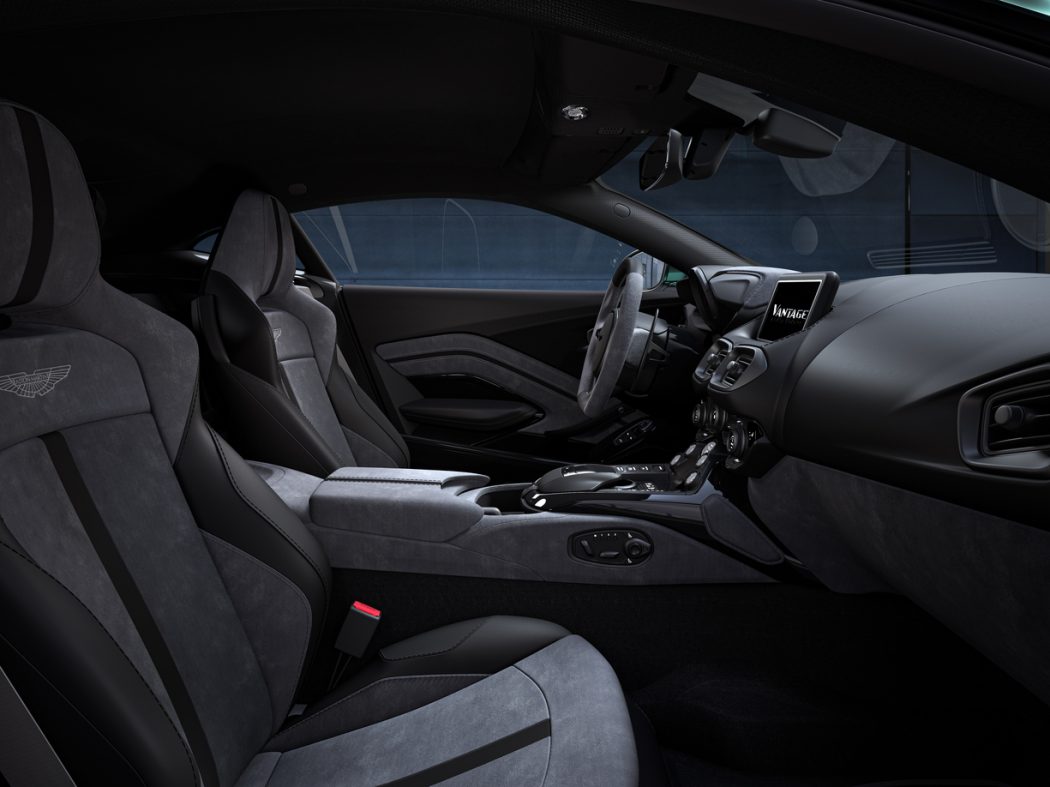 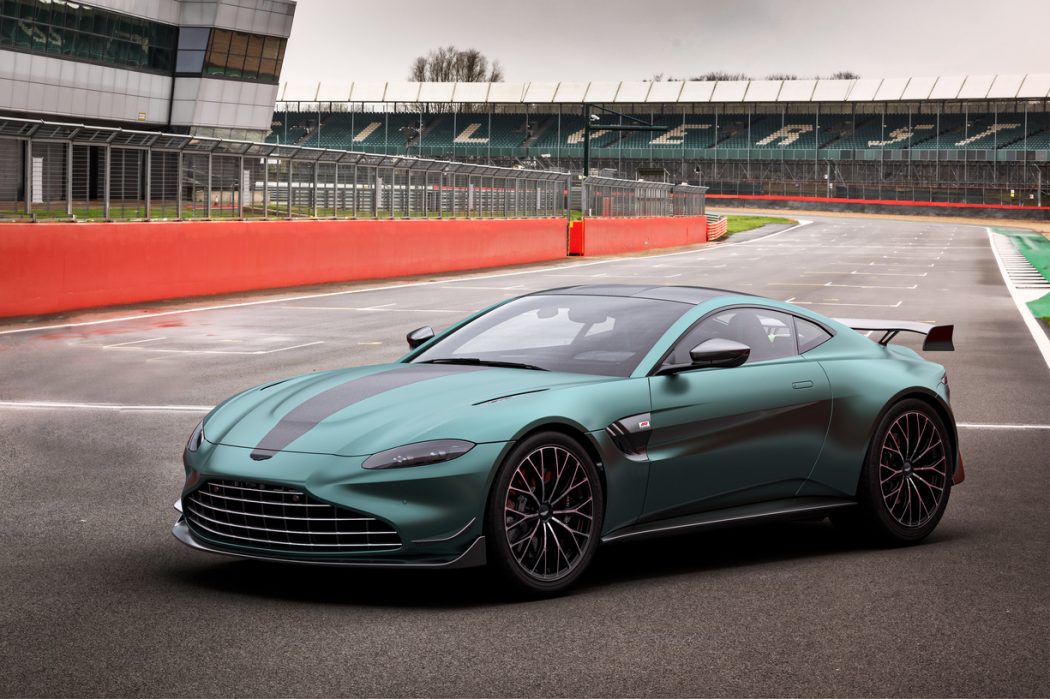 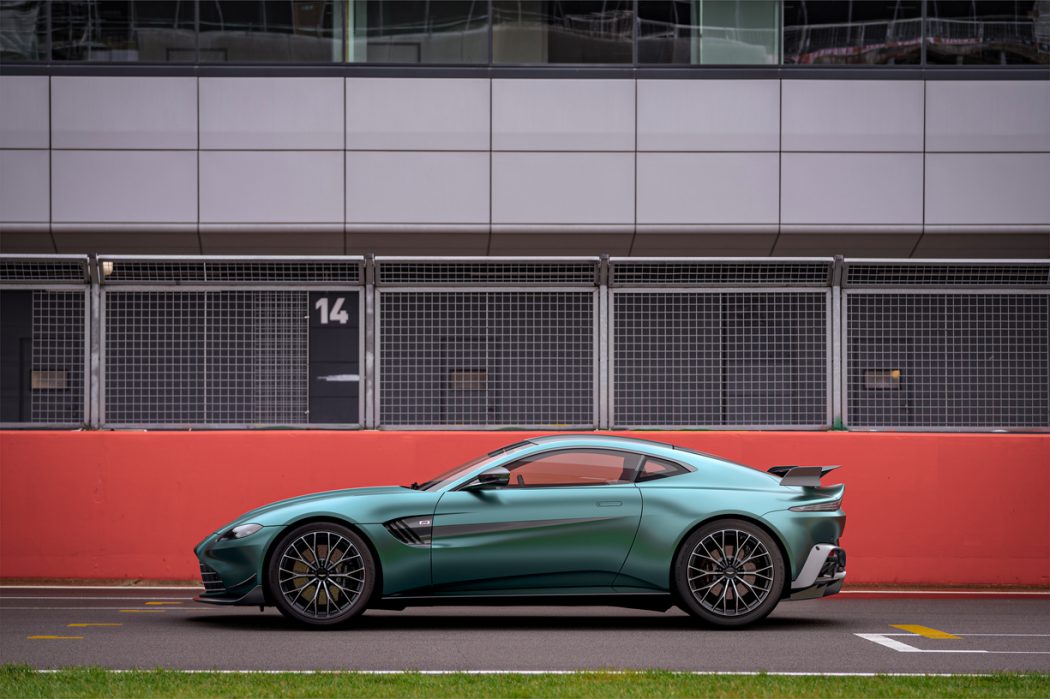 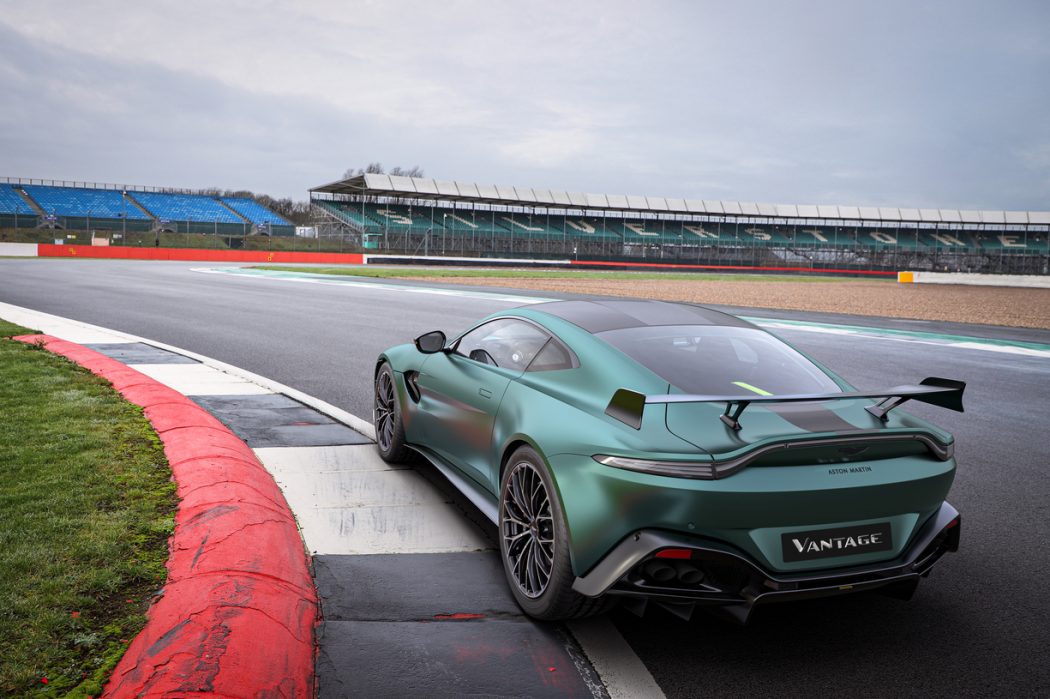 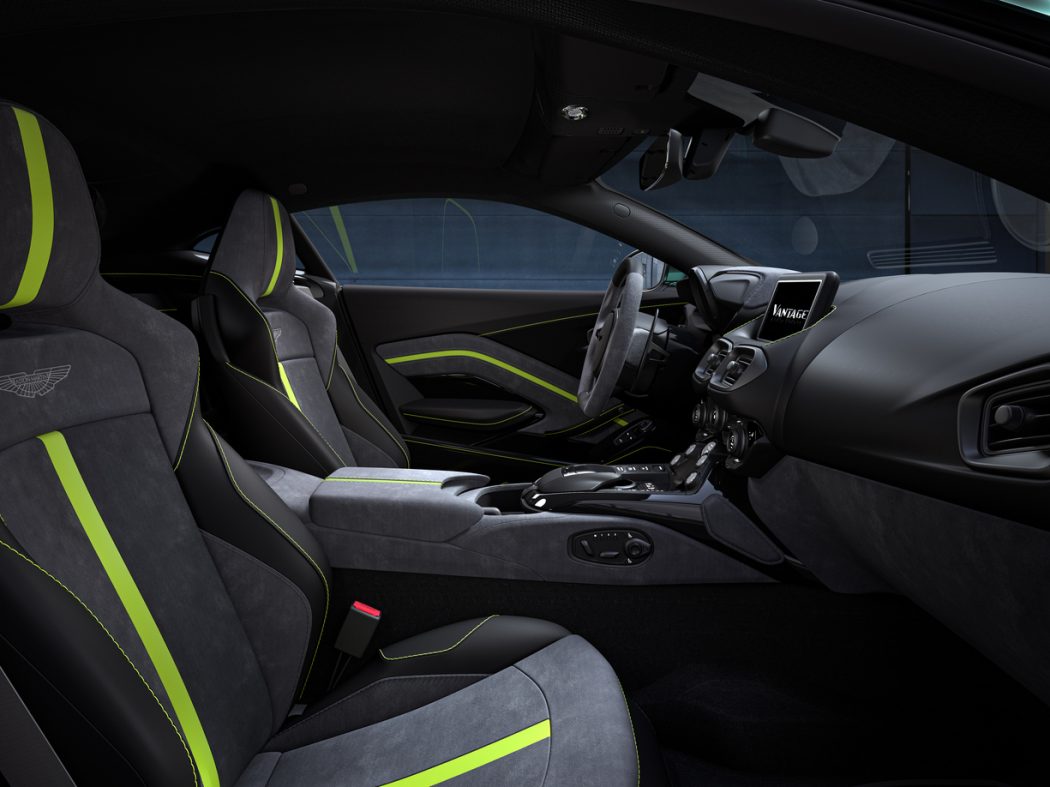 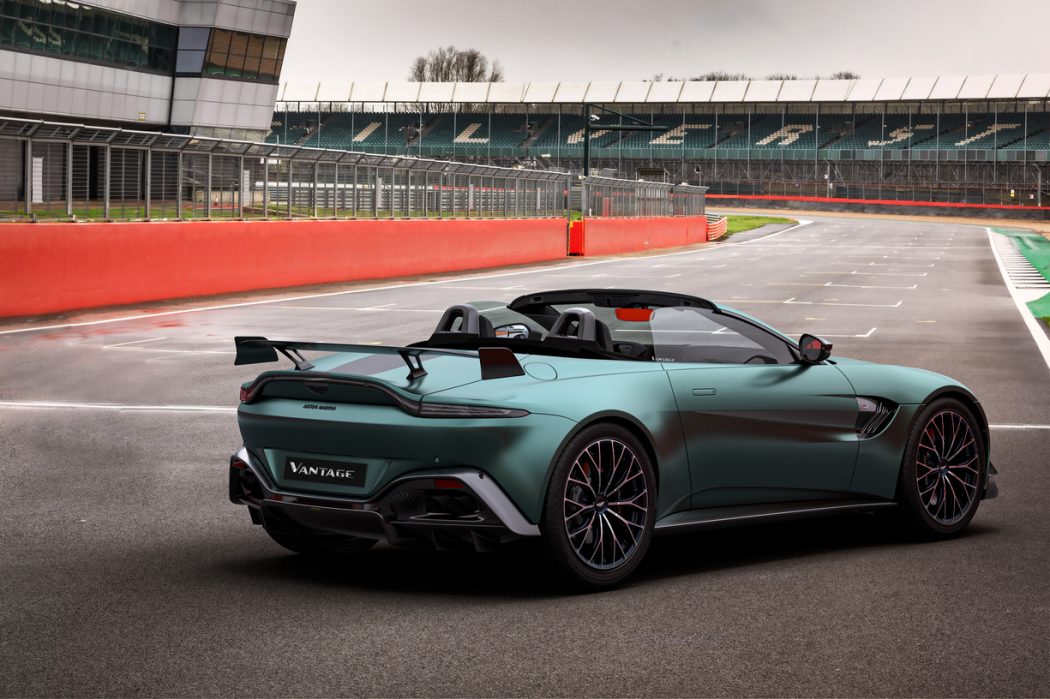 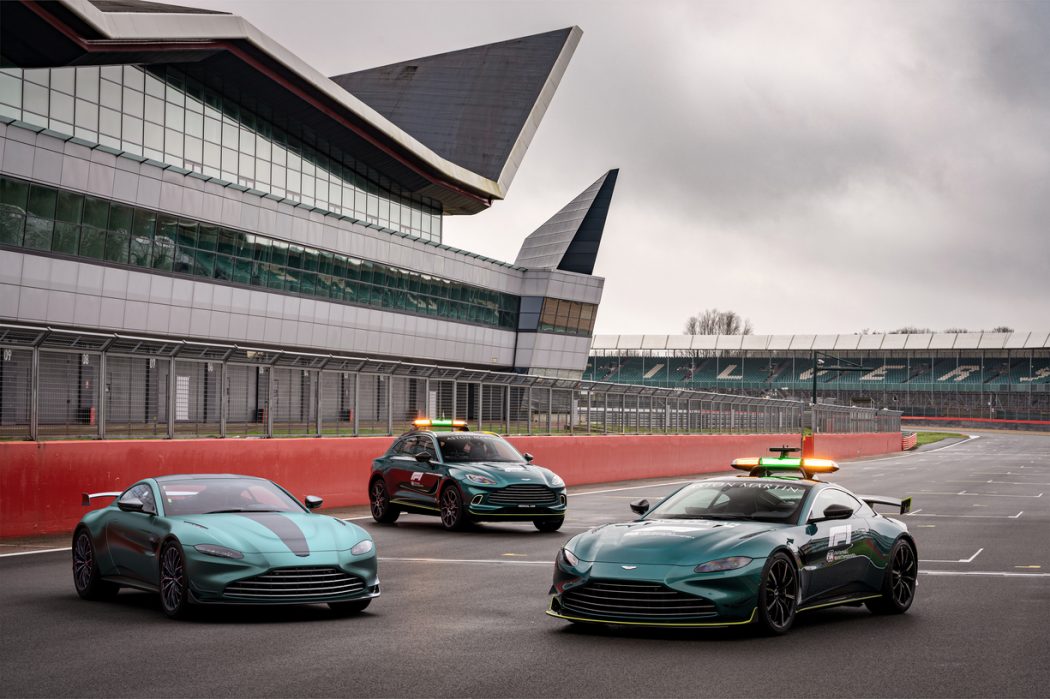 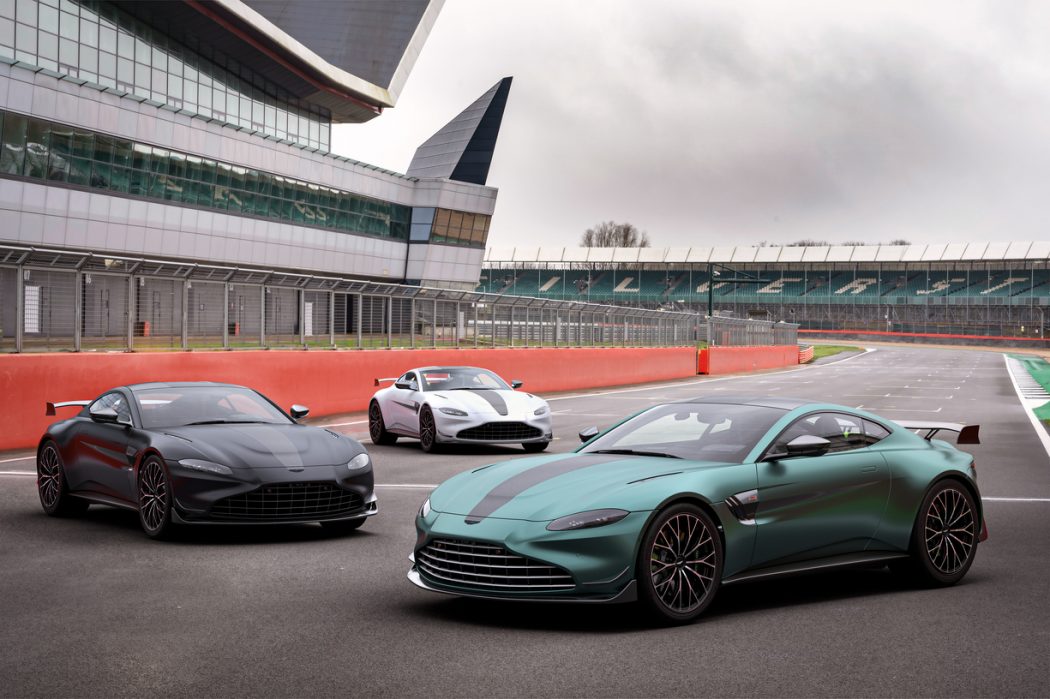 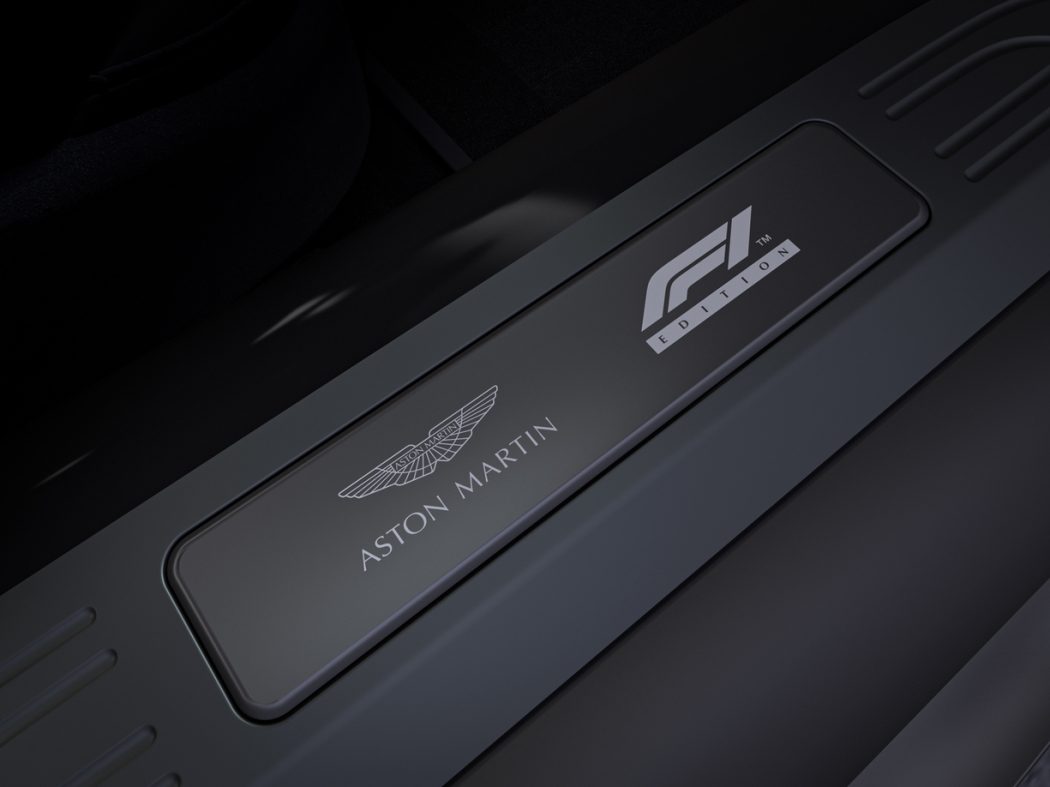 The new Vantage F1® Edition is a new breed of Aston Martin.  One that celebrates the marques return to Formula 1® for the first time in over 60 years and establishes the Vantage as a true sports car.  It is also the first core model to benefit from direct input from Aston Martin’s recently appointed Chief Executive Officer, Tobias Moers.

A core production offering, the new Vantage F1® Edition sits at the top of the Vantage model line.  Motivated by an exciting return to Formula 1® and as a direct result of the engineering that went into the development of the Vantage as an Official Safety Car of Formula 1®, which makes its debut at the Formula 1® Gulf Air Bahrain Grand Prix 2021 this month, the Vantage F1® Edition is the ultimate expression of performance and dynamism; it is the fastest and most focused of the already sporting Vantage.

Not only is it the most powerful, but the Vantage F1® Edition benefits from unique and significant chassis and aerodynamic improvements developed by Aston Martin’s hugely experienced engineering team.  While the luxury brand’s Aston Martin Cognizant Formula OneTM team was busy preparing a return to the grid, the engineering team behind the infamous road cars were too, creating the ultimate Aston Martin Vantage which could take on the role of an Official Safety Car of Formula 1®.  Set to work by Chief Executive Officer, Tobias Moers, the task was to develop significant performance enhancements, driven by improved lap time performance in order to successfully carry out its role on the F1® track, but without compromising its on-road capabilities.  Notably, it would do so without the fitment of aggressively track-optimised tyres.  Following the success of these enhancements, Moers instructed the integration of these into the production car, ultimately developing the new Vantage F1® Edition.  The most sporting Vantage in the production range and in essence, a replica of the Vantage Official Safety Car of Formula 1®.  An exciting proposition for Aston Martin customers.

Starting with the 4.0-litre twin-turbo V8 engine, power is up by 25PS to a new maximum of 535PS.  Peak torque remains unchanged at 685Nm, but that peak is sustained for longer to further increase tractability and in-gear urgency.  This relentless, muscular performance has been further enhanced by work to the 8-speed automatic transmission, with an optimised torque cut during upshifts that reduces shift times and increases the feeling of directness and precision.  This torque management also enhances the driver’s sense of control and connection during downshifts specifically under heavy braking and allows for finer control when the driver is balancing the car at its limit of traction.  While noticeable in all circumstances and conditions, these improvements are especially beneficial when driving on the track.

Moving to the chassis, the team’s focus centred on the suspension and steering, with further detailed underbody modifications to increase front structural stiffness for a further improvement in steering feel and response.  Reworked damper internals have increased the dampers’ effective force range.  This increase in bandwidth brings a noticeable improvement in vertical body control – both through high-speed compressions and over crests – without any deterioration in low-speed compliance.

To compliment changes to the dampers, the chassis also benefits from increased rear spring rate and lateral stiffness to help sharpen turn-in, increase traction (especially over bumps) and ensure the rear-end is tuned to complement the front-end’s rate of response.  Further improvements to response and – crucially – to what the driver feels have been made to the steering system, allowing feedback from the road to be transmitted more clearly, which in turn helps build a detailed sense of available grip.

Vantage F1® Edition benefits from a package of engine, chassis and aerodynamic upgrades

With the chassis hardware optimised, attention turned to the wheels and tyres, increasing from 20” on the regular Vantage to 21” as standard for the Vantage F1® Edition.  Developed specifically for the F1® Edition with Pirelli, it is the first time Vantage has been fitted with 21” tyres.  Much like the other dynamic changes, the switch to a lower profile tyre provides greater feedback to the driver to ensure progressive on-limit handling to give maximum confidence in even the most extreme track driving scenarios.

Completing the Vantage F1® Edition’s performance enhancements is a comprehensive aero kit, bringing improvements that can be felt from the driver’s seat and measured against the clock.  Designed to deliver positive front and rear downforce, totalling 200kg more downforce than Vantage at top speed – as well as optimising the overall balance of the car, the aerodynamic changes comprise a full-width front splitter, front dive planes, underbody turning vanes, and – most obviously – the new rear wing.  The rear diffuser remains unchanged but is still a core feature in the delivery of the aerodynamic performance working in tandem with the new aerodynamic features

The Vantage F1® Edition expresses its intensified performance with limited, yet distinctive colour palettes and trim options, including one that celebrates Aston Martin’s return to Formula 1® with an Aston Martin Racing Green colour scheme, mimicking that of the Aston Martin Cognizant Formula OneTM Team car, as well as the Official Safety Car of Formula 1®.  Exterior paint colours are available in both a Satin or Gloss finish, and other colour options include Jet Black and Lunar White, all of which are complemented by a Solid Matte Dark Grey racing graphic.  Inside the Vantage F1® Edition features new Obsidian Black Leather and Phantom Grey Alcantara upholstery and trim, with a choice of Lime Green, Obsidian Black, Wolf Grey or Spicy Red contrast stripe and stitching.

Aston Martin Chief Executive Officer, Tobias Moers said: “Performance is at the heart of every Aston Martin, but when it wears an F1® badge it has to be a truly exceptional car.  Vantage was already the most focused sports car in our range but in the development of our Official Safety Car of Formula 1®, it had to be a true athlete: more powerful; more agile; more immediate and more exciting to drive.  And – of course – quicker and more capable in a race-track environment.  I set the engineering team a tough target, as I was insistent that gains in performance came via genuine improvements in the car’s dynamics, and not by fitting track-optimised tyres.  The results speak for themselves.  A Vantage to appeal to the most discerning drivers and a new model that marks an exciting moment in Aston Martin’s history”.