What happened in Monaco?

What happened in Monaco? “Formula 1 is no doubt a team sport even though we see, follow and root for concrete drivers there” – this should be a phrase of anyone who loves this sport.

Click here to subscribe to our print edition!
Monaco. May, 28th. The most prestigious, famous and popular Grand Prix in Formula 1. Ferrari hasn’t won here for 16 years since 2001. Sounds frustrating.
For several seasons we haven’t seen any team but Mercedes winning the championship and here it comes. The year 2017. Ferrari steps forward and we see the fight, not between two Mercedes pilots (with all respect to Valtteri after the retirement of Nico). Now it definitely becomes more breathtaking and spectacular. But what do people actually think about that?
Let’s go back to the quality that Saturday. Lewis couldn’t handle the car, went onto the track very last minute of Q2 and became a victim of Vandoorne’s yellow flags. Kimi showed the best time and got the pole position in the upcoming race. First time since 2008! All his fans around the world just went crazy. This seemed like a fairy tale come true. Unfortunately, not for a long time.
Since Mercedes got their problems and Valterri started from the 3rd position while Lewis from almost the end of the grid, the whole world was almost frozen to see Kimi winning here and giving Ferrari a Monaco trophy first time in 16 years. And yes, you probably remember what happened next.
Well, there was a pit stop for Valtteri and then almost an urgent stop for Kimi after which he went back to the race right after Sebastian Vettel, who got all the space he needed from his team for a win and 25 points on Lewis.
The world split in two. The first ones are sure that there was a team strategy of which Kimi just didn’t know. And the second ones believe Ferrari who says that there was no point to put Seb over Kimi because Vettel was just faster.
When I’m trying to analyse what could really happen in that race, tons of variations come to mind. But I’ll try to talk about both scenarios.
1. Team strategy
Let’s pretend there was a team strategy to make Seb win. It’s smart, isn’t it? After Lewis failed twice (in Sochi and in Monaco), Ferrari really got the chance to win the title. So if you were the owner of the team, what would you do in that particular case? Yes, this might seem cruel and even unfair but overall it worked. It doesn’t minimise the sadness of Kimi’s loss but they both ARE team players and they HAVE to understand such team decisions especially considering all the facts.
The only question remains: why then Ferrari didn’t accept the fact of team strategy usage (like Mercedes did a few races ago)? And if that really was their strategy, why did Kimi look so frustrated and surprised when finishing second?
2. Accident
After the race, Seb noted: “The strategy was that the first car goes to pit first”. Okay, that makes sense. The tyres are worn out and to keep the tempo you should put in new ones to keep leading. Valtteri pitted so Ferrari probably expected him to attack and therefore made an immediate decision to pit Kimi. How Seb’s tyres kept him quite fast for so long knows only God and probably his team.
Let’s imagine they were surprised with his speed on those tyres (which I personally don’t believe). However, the situation went wrong (or right for Ferrari) after Seb went out in front of Kimi. That was the moment when everything changed. I couldn’t even begin to imagine Kimi’s emotions at that very moment.
3. The third and probably most unexpected scenario is an accident that turned out to be the team’s strategy
Is the sixth race quite early for that kind of hidden tactics? Maybe yes if we take into consideration the fact that nothing is decided yet. Maybe no if we state that Seb should get the maximum of what’s possible to lead over Lewis if Mercedes gets better this year.
We probably could think both but the possibility that the whole situation was not planned but in fact turned into Ferrari’s strategy is still here. Lucky Ferrari then.
The last and probably most important thing that makes me think of an accident forming a strategy is that if it really was a well-planned strategy, firstly, it could not work that well and could make Ferrari ask Kimi to let Seb in front and, secondly, this puts Kimi into a difficult position where he can’t trust his team anymore. This would be a catastrophe not only for him as a driver but for Ferrari and their possible title this year.
Categories
Racing
Tagged
GPGrand Prixkimi raikkonenMargarita YakoupovaMonacomotorsportracingsebastian vettelsport 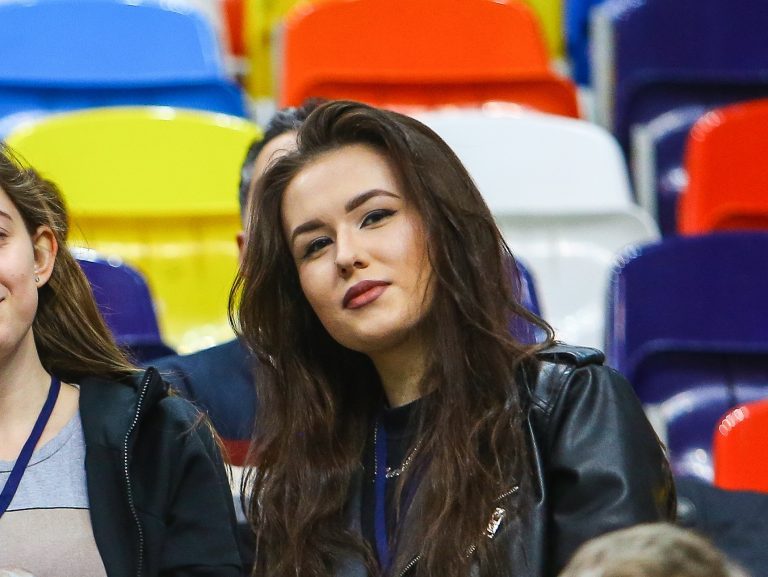