Jack’s goal with his work at About.com is to introduce sports fans, casual racing fans and even the most enthusiastic supporters about the exciting and constantly-evolving world of Formula 1. He has established a series of popular regular features, from preview pieces on to a weekend round-up of the major stories and his “driver of the day” picks. Alongside these Jack also produces unusual, unique listicles and reports on the latest news – that’s what he’s here to tell us about.

About.com is a very distinctive and hugely popular platform, so it is fantastic to be able to re-build the Formula 1 page and bring something new and different to the table. The style of overall work that I do with motorsports is actually a wide mix, like my quirky articles for automotive platform Car Throttle, and more serious pieces like my contributions to Formula 1 website Richland F1.

One of the biggest tendencies and trends I have noticed over the last few years in this field is the continual growth in the PR and social media departments. The former is causing particularly Formula 1 to be much more tame in its image: drivers can’t say certain things and it is a shame, as it restricts them from showing their personalities. Social media has become a big industry for teams to gain support and also to draw crowds to the tracks. Pretty much all of the teams have embraced this, connecting with fans and making them feel part of the event.

Journalism is all about ideas, and in such a specific field like Formula 1, this is even more crucial.

When looking at it in a business sense, Formula 1 is not in a very healthy state right now. Big teams have too much power, smaller outfits are struggling to stay afloat, big sponsors are seemingly being scared off and revenue distribution is far from equal. The likes of Mercedes and Ferrari are spending huge amounts, which is a major factor to the two being the fastest in Formula 1 in 2015, and that means it was tough for others to catch up. The racing is suffering and this is putting off fans.

I’m always trying to think outside of the box when creating content related to motorsport. As someone recently told me, journalism is all about ideas, and in such a specific field like Formula 1, this is even more crucial, especially for the business side of this sport. I frequently brainstorm and also try and draw inspiration from other outlets, both away from motorsport and in the industry itself too. It’s all about trying to find a different angle and taking the story places it has never gone before.

I believe Formula 1 needs to make changes and soon, but I don’t think they should be radical. Formula 1 still, at its core, runs with the same principles, but the priorities have changed over the decades. Formula E, for example, is a refreshing change, but it still has a very long way to go in terms of the technology, building a fan base and improving the racing. In my view, Formula 1 cars need to be awe-inspiring again, quicker, but still difficult to handle. I love seeing drivers wrestling their machines. I am fine with the noise, but many are not, and this is thankfully being looked into.

One thing Formula 1 could look at is the accessibility model Formula E has taken: fans get far closer and the experience is much more immersive. 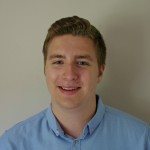 Jack has been writing about the world of motorsport since 2011 and has had his work published in a wide range of websites and online magazines. He currently contributes to Car Throttle, About.com and Grand Prix Times, as well as running a popular blog. The 21-year-old is FIA accredited, with experience working in the F1 paddock.