Where are they now: Mark Webber

Mark Webber is an Australian racing driver who competed in Formula 1 for 12 years: from 2002 to 2013. He raced for four teams: Minardi, Jaguar, Williams, and Red Bull.

During this time, he became the winner of a Grand Prix nine times; it is noteworthy that Webber won twice in Monaco and Silverstone. He accumulated an impressive tally of 42 podium finishes and 13 pole positions. Mark took third place at the end of the championship in the seasons of 2010 and 2011, and the final one in his F1 career, 2013. Many years have passed since then, so let’s see what the racer does and where Mark Webber is now.

Already in the middle of the 2013 season, while still competing in Formula 1, Mark Webber said that he would leave the championship at the end of the year. The Aussie announced that he would have driven for Porsche in the FIA World Endurance Championship in the LMP1 class in 2014. In the first season, he got on the podium three times, but in the end, the racer was able to finish the year only in ninth place. 2015 turned out to be much luckier for the Australian driver: he climbed the podium six times and won the WEC championship that year, scoring 166 points! 2016 saw Mark finishing in fourth place, scoring 31.5 points less than last season. Webber decided the time was right for him to retire from racing at the end of the 2016 WEC season.

During Mark’s career in the WEC championship, he took part in The 24 Hours of Le Mans three times. In 2015, Mark Webber and his crew, which also included Timo Bernhard and Brendon Hartley, managed to take second place. By the way, the racer took part in this legendary race back in 1998 and 1999, before joining Formula 1. In 1999, an aerodynamic error on his Mercedes car forced Webber to literally take off from the track in qualifying on race day, which compelled him to drop out of it.

After finishing his racing career, Mark began to successfully engage in various other activities.

Mark Webber’s autobiography “Aussie Grit” was long-awaited and many hopes were placed on it in anticipation of its release.

At the end of 2015, Mark Webber’s autobiography “Aussie Grit” was published. This book was long-awaited and many hopes were placed on it in anticipation of its release. In it, the driver talks about his difficult path to Formula 1, about the broken relationships in various teams. He does not hold back and describes things very boldly when talking about Red Bull, describing in detail how the relationship between him and the team deteriorated after the arrival of Sebastian Vettel, and how Christian Horner did nothing to stop the antics of Vettel and Dr Helmut Marko. But in addition, in the autobiography, he shares interesting stories that happened behind the scenes. By the way, did you know that in the last contract of Webber and Red Bull, there was a 12-month point called “no books”?

Race Across The Sky

Since leaving Formula 1 in 2013, Mark has twice participated in the legendary “Race Across The Sky.” This is a mountain bike race through the high-altitude extreme terrain of the Colorado Rockies; it starts at an altitude above 10,000 feet and climbs to 12,424 feet. Mark was proud to have knocked off 7 mins 28 secs in his second attempt and returned in 2018 for the third time but went over his PB by an hour. 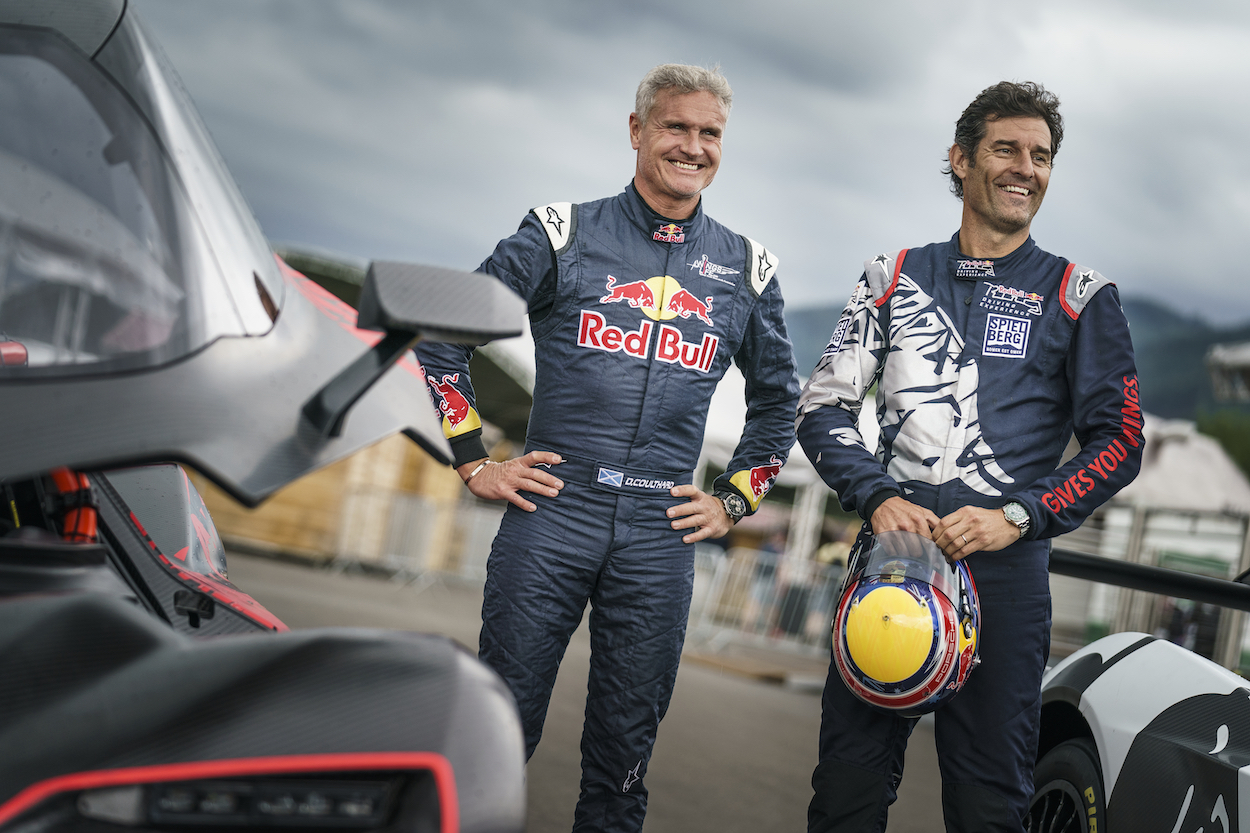 David Coulthard and Mark Webber seen during the FIA Formula One World Championship 2021 in Spielberg, Austria on June 25, 2021

In 2018, he launched the Aussie Grit brand of off-road sportswear for mountain riding and running, and headed the Porsche and Boss Clothing Collections for 2019 and 2020.

Since the beginning of 2020, Webber has been mentoring Australian racing driver Oscar Piastri, who became the FIA Formula 3 World champion in 2020 and who had a stunning rookie season of the FIA Formula 2 Championship with PREMA Racing to be crowned F2 Champion in 2021. Mark represents his commercial interests through the management division of JAM Sports Management.

By the way, from 2009 to 2013, Mark Webber and Christian Horner were co-owners of the junior team MW Arden, which participated in the European GP3 series.

Mark decided to stand on the other side of the microphone and in 2014 he began to delve into the world of punditry with the Australian Network Ten to cover the home Grand Prix. And in 2016, he joined the team of Formula 1 commentators Steve Jones and David Coulthard on Channel 4 in the UK, where to this day he remains part of the expert team. Therefore, even now we can see how Mark Webber continues to climb the Formula 1 podium, but this time it’s to interview racers and other colleagues. 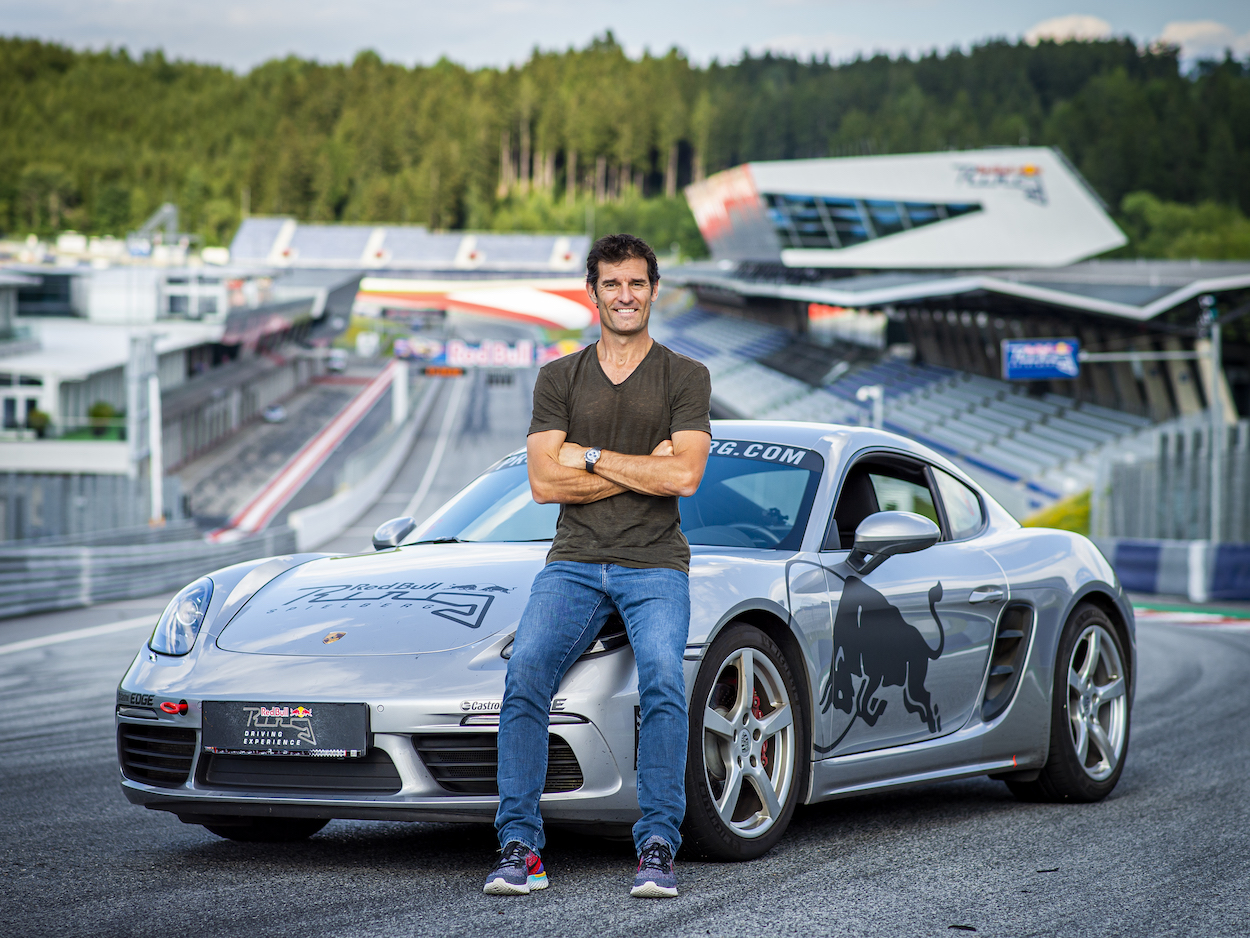 Mark Webber poses for a portrait during the Red Bull Go With Your Pro in Spielberg, Austria on July 16, 2019. Photo taken by Lucas Pripfl