Who will make it into Formula 1? Two stories 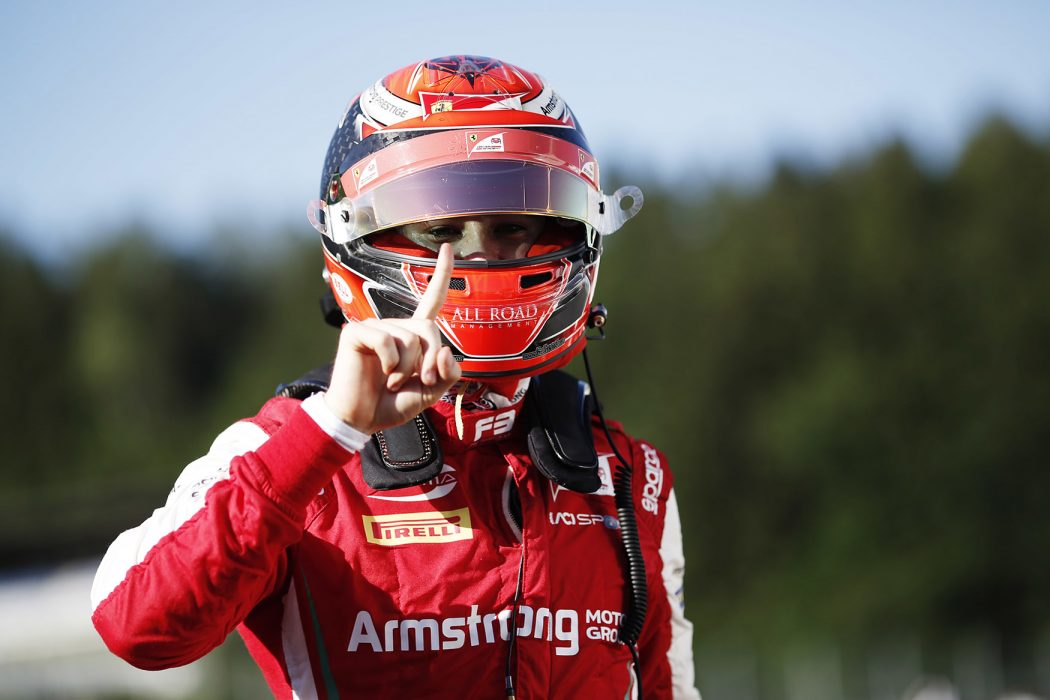 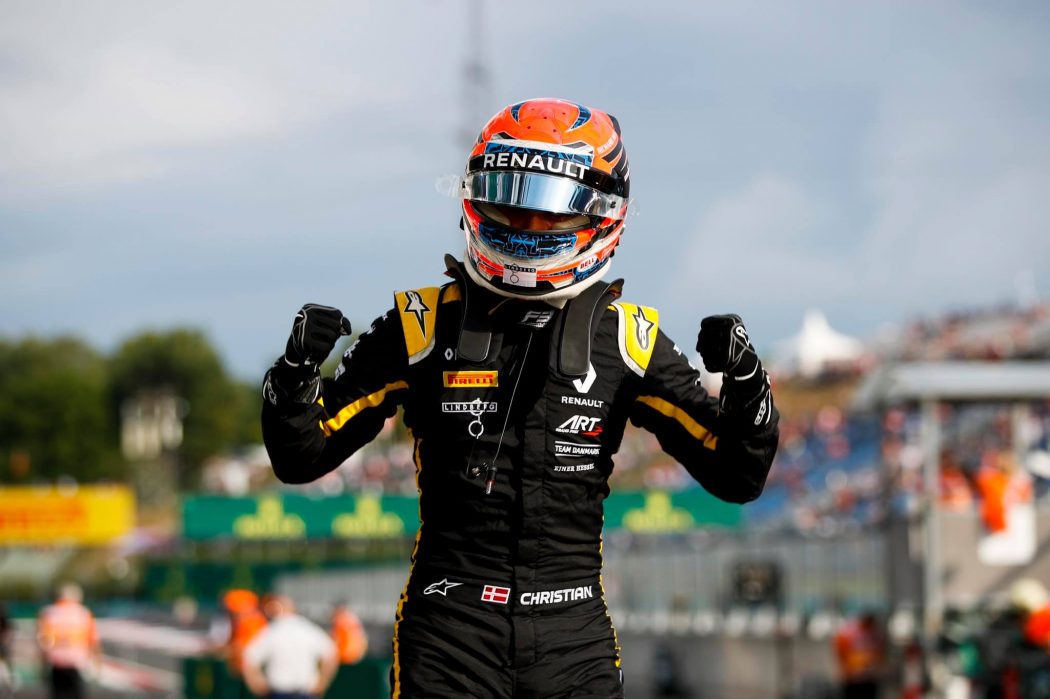 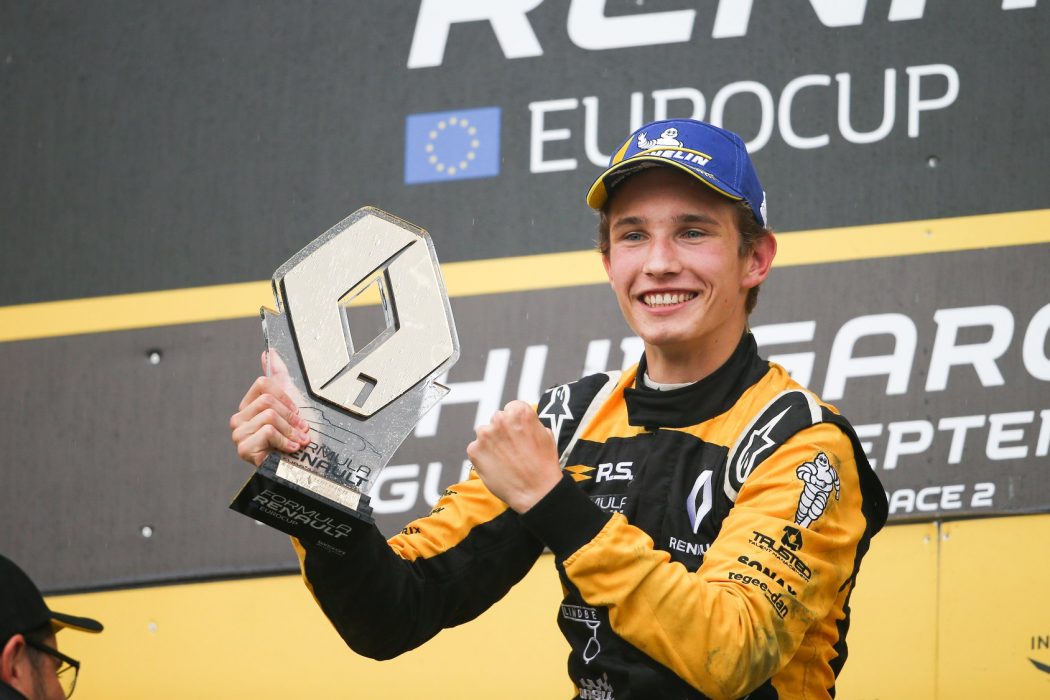 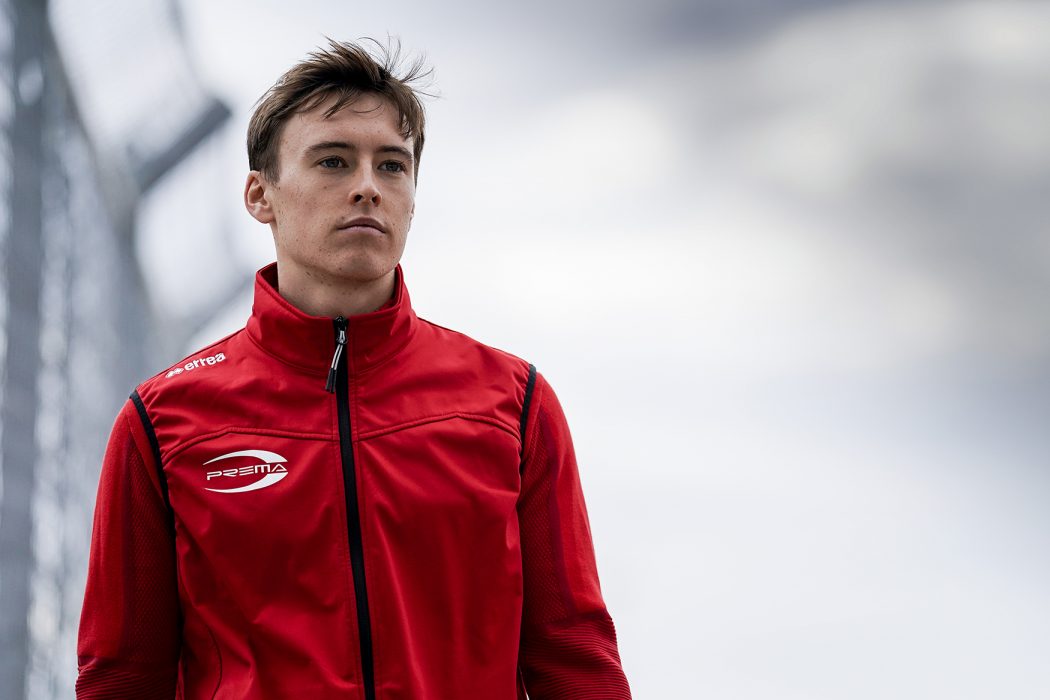 By Emma Steensen | Young racing drivers competing head to head with only one goal in mind – to be the next Formula 1 race car driver or maybe even World Champion. Very few will get a shot at their dream, and even fewer will make that dream into a reality, but they are all here for the same reason. To make it all the way. To make it to Formula 1.

Two of these young men that are going head to head in FIA Formula 2 are 18-year-old Christian Lundgaard from Denmark and 19-year-old Marcus Armstrong from New Zealand, who both drove their 2019 season in the FIA Formula 3 series. Both are talented. Both work extremely hard to fulfil their dream. But what is it that separates the good from the extraordinary? What defines the fine line between getting into Formula 1 and stranding just outside the track walls?

There might not be a definite answer to that question, and if there is an answer, it is not a simple one. Getting a seat with a Formula 1 team is not an easy task. The amount of preparation, money and hard work that goes into these young men seems unbelievable. Through a chat with each of them, I have tried to pin out some of the key characteristics of a future Formula 1 driver. Christian Lundgaard and Marcus Armstrong will definitely be put to the test to see who has what it takes.

These are the words of 18-year-old racer Christian Lundgaard. This combined with the backing from an amazing support system is what separates the good from the truly great, and the difference between only getting a shot at your dream and actually fulfilling it. Christian has his head in the game, and he does not stop until he has made his dreams of Formula 1 come true. This determination is one of the most important aspects of becoming successful in the world of motorsport.

Christian Lundgaard was born in Denmark and basically straight into racing. With a family of racers, this was the natural road for him go down. “From a young age, I started driving a small go-kart in the parking lot with my brother, and kind of fell in love. Then I started racing and winning and thought this is pretty cool. But I never really asked myself the question is this what I want to do, I have just been doing it for so long that it is a part of my life now.”

Every driver needs a lucky break, especially if you are not in the position to buy your way in the door.

Even though Christian is aware that he is living the dream of many, especially young boys, he tells that it has not been without sacrifice. He knows that many people would love to do what he does, and he is grateful for the opportunities he has had along the way, and the fact that he gets to do what he loves: “I have never really gone through ‘the teenage period’ with friends and parties and drinking, I just raced all my life. I think it is the times with friends and family and my girlfriend that has been the greatest sacrifice I have made. I think everybody makes sacrifices, but there is a lot of things I have sacrificed along the way. Not being a normal guy going to school from 8 AM to 3 PM and not doing homework with friends afterwards. It is the things you didn’t like back then that is the things you miss now and just being with your friends – feeling kind of normal. Many people would clearly love to do what I do, but I will say there are ups and downs. I am so very grateful for this opportunity, but there are certainly days where it is really tough, however, in the end, there is more good than bad.”

This dream, naturally, does not come easy. Along with the sacrifices, there comes a tremendous amount of hard work. But it is not all up to Christian alone, he says. A good support system is key, and if you don’t have that, the dream might slip through your fingers: “I would say the support is everything. You can have all the talent in the world, but if you do not have the financials behind you, if you do not have the people behind you with the right connections, then you are not going to get anywhere. Especially in Denmark, there are many racecar drivers who struggle to get the money needed to go far, even if they have the potential.“

Christian clearly has had a great amount of support from his family, but they can’t do everything on their own. Let alone get him inside Formula 1. He realises that there are forces in this industry much bigger than he is or the immediate support of his family can control. This is where a good team with a good development program comes into play. “Obviously, Renault has been a huge part of where I am today. I was connected to them in 2017, and my manager Alessandro set the test up and he has an enormous amount of contacts in the motorsport world and has helped people like Vandoorne, Kubica, and Rosberg in the past. Also, my friends, family, and girlfriend and everyone are supporting me and pushing me to get better.”

My dad remembers that during my very first kart race I finished 6th and I got really angry because I was worried that people like Ron Dennis and Jean Todt were not going to want me on their teams.

Every driver needs a lucky break, especially if you are not in the position to buy your way in the door. For Christian, it is hard to pin out one single achievement, but he says that the European Karting Championship definitely helped kickstart his career: “I think the sport has ups and downs, but of course my Formula 4 championship also helped me establish myself. The European Karting Championship definitely boosted my career, so I would say it helped me take a big step forward, and the two F4 championships kind of proved what happened in 2015 in the karting championship.” The big goal is pretty clear and not unachievable at all. With the talent, the work put in and the support, Christian is certain he will make his goal of Formula 1 a reality. And we might not have to wait that long. “It is an achievable goal, it is a tough goal and it is a big goal. It is a target I have had since I was very little and I was always imagining it was me driving those cars and I hope one day it is going to come true. “

The importance of an extraordinary support system and the ability to push hard when needed is something young Marcus Armstrong can agree with. Marcus’ dad owned a car dealership in New Zealand and from a young age, Marcus was fascinated with the machines and remembers watching Formula 1 on TV dreaming that one day he would be the one behind the wheel. With a racing career starting in 2008 when he was 8 years old and taking off from there, he knows what it takes to make it big in this industry: “I quickly fell in love with the competition and the sport and I was always having good results from the beginning, and I felt convinced that I could take it to the next level. I think since I was watching Formula 1 on TV when I was 5 years old, I knew that this was what I wanted, and my dad remembers that during my very first kart race I finished 6th and I got really angry because I was worried that people like Ron Dennis and Jean Todt were not going to want me on their teams.”

Determination from a very young age and extremely hard working are characteristics that immediately comes to mind when speaking with Marcus Armstrong, but he realises that not everything depends on him alone. “I think that it is great to have the support of Ferrari for me personally and especially Nicolas Todd and ART Grand Prix. I am really lucky to have a big circle of people that I can rely on and trust, but in the end, on the other hand, I need to perform behind the wheel. I can have all the support in the world, but it’s the fire inside me that’s going to get the job done.”

So what is Marcus after? “I have never really had an achievement that sticks in my mind. I mean I have won a few races in Formula 3 and I took the championship in Formula 4 as well, but I never had the confidence come from a race win or a championship win. I think it is a nice reward to have these results every now and then, but for example in Formula 2 this season I think a lot of the result lies in the preparation we do before the race. This new season in 2020, I am driving Formula 2, so I am very lucky to be a part of such a fantastic organisation as Ferrari and also ART. They have won the championship probably more times than anybody else and has taken many drivers to Formula 1, so I feel very privileged to have such an organization behind me.”

I can have all the support in the world, but it’s the fire inside me that’s going to get the job done.

Even though Marcus is only 19, he has done more in his life than many others twice his age. But these achievements have not come easy, and Marcus is very much aware of the sacrifices he has had to make along to way. Everything in the pursuit of his dream: “I left New Zealand and moved to the other side of the world to live in Italy to work with people that I don’t know, often in a language that I don’t know, so that’s difficult, to begin with. I left behind a lot of friends and family and I believe it is easier for European drivers because they get to go home after every race where I just went back to Maranello. But also, in terms of my education, I have had to sacrifice education for motorsport in a way because motorsport is too competitive to be doing it part-time.”

Marcus and Christian represent the new generation of Formula 1 drivers. They are young, talented, and they work extremely hard every day in order to stand out in the crowd of people striving towards the ultimate goal. It has not been a walk in the park for these boys, but the willingness to sacrifice everything – from time with friends and family to school and education – is an important characteristic of a future winner.

I think they both know what separates the good from the great. It is a combination of support and determination, of hard work and of truly wanting it, especially more than the next person on the grid.

Emma Steensen has published work in the Danish magazines Autosport and Porsche Classic Club Denmark and in the Danish newspaper Motor-magasinet. Currently studying Communication and Digital Media at the university, she runs a small business writing and designing sponsorship material for kart racers, even doing some motorsports photography.