Racing royalty honoured on a star-studded night at Versailles. At the end of a captivating season of motor sport action across all disciplines and at all levels, the FIA last night honoured its championship-winning stars at a glittering Prize Giving ceremony in the stunning surrounds of one of France’s most iconic, and most fittingly regal locations, the incredible Palace of Versailles. The Opéra Royal (first opened in 1770 on the occasion of the day of the Dauphin’s marriage to Marie-Antoinette), was the beautiful setting as the FIA’s racing royals were presented with the sport’s crown jewels – championship trophies. Compare 2018 Formula 1 season odds on the Drivers’ Championship Title and Constructors Title from the best bookies.

The highlight of the evening was the presentation of the FIA Formula One World Drivers’ Championship Trophy to Lewis Hamilton for the fourth time in his career. The Mercedes driver enjoyed a truly stellar season, taking nine victories and breaking the all-time pole position record of Formula One legend Michael Schumacher to beat arch-rival Sebastian Vettel of Ferrari. Along the way he also helped Mercedes to a fourth consecutive Constructors’ Championship win.

In rallying, Sébastien Ogier and Julien Ingrassia collected the FIA World Rally Championship title. But while it was the fifth consecutive time the French pairing have visited the FIA Prize Giving ceremony, it was perhaps the sweetest. Last year they were left without a drive following the withdrawal of their dominant VW team and signed with unfancied privateer outfit M-Sport. In the end though, skill and determination on both sides won out, with the UK outfit taking the teams’ title to match Ogier and Ingrassia’s achievement.

I had a great battle with Fernando earlier this year, towards the end of this season. I’d love to have more battles with him on a much more level playing ground.

There were also new global trophies up for grabs in the FIA WEC, with the LMGTE Pro category being elevated to World Championship status in 2017. And it was Ferrari that emerged as the team champions, with the Italian squad’s pairing of James Calado and Alessandro Pier Guidi emerged victorious. 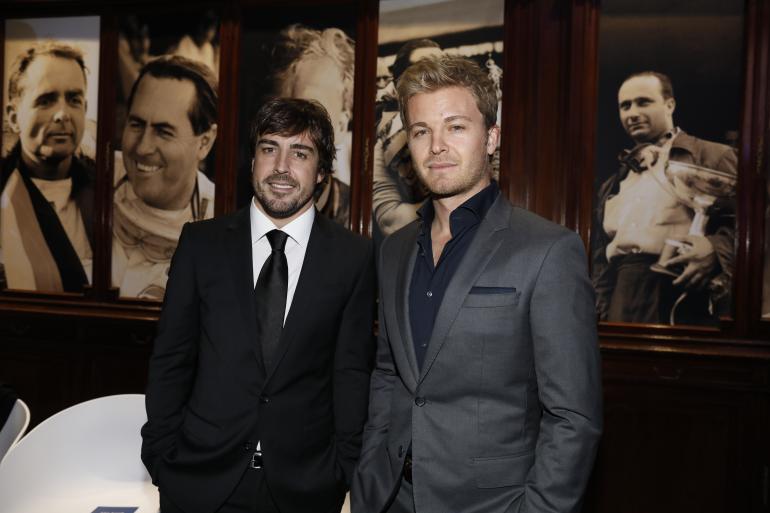 The FIA’s future-focused, all-electric 2016/17 Formula E Championship was won by Lucas Di Grassi who took the title at the end of a nail-biting, down-to-the-wire fight with defending champion Sébastien Buemi. The Swiss racer took six wins to Di Grassi’s two, but the Brazilian was a model of consistency, scoring five further podiums and three pole positions to edge the battle as Buemi suffered a series of second half mishaps and a brace of missed races due to other racing commitments.

This has been a very challenging season for us. We knew that we set ourselves an ambitious goal when we said that we want to defend the titles across a major regulation change. We raced against some very strong opponents who put up a good fight. So every team member had to work extra hard in order to reach our target. I am incredibly proud of the accomplishment and I want to thank everyone in Brixworth, Brackley and Stuttgart for their hard work.

Meanwhile, The President’s Awards went to F4 racer Bill Monger for his amazing recovery from life-changing injuries sustained in April, and for Jean Charles Decaux, who in partnership with the FIA has brought life-saving road safety messages to millions around the world thanks to freeing up some of his firm’s outdoor advertising space.

Dutch F1 superstar Max Verstappen won the Personality of the Year for an amazing third time, Action of the Year went to the WRC’s Esapekka Lappi and F2 champ Charles Leclerc took the Rookie of the Year prize. 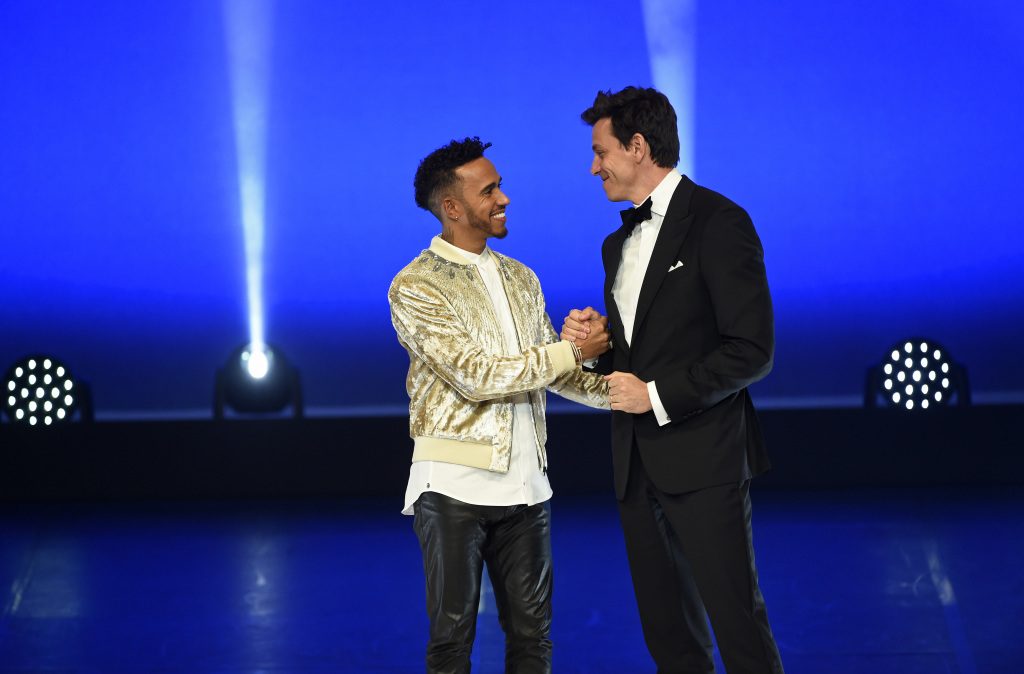 The stars of the future were also honoured in Paris, with champions from across the FIA racing pyramid being presented with their trophies. In Formula 3, Briton Lando Norris, took an emphatic title win in the FIA Formula 3 European Championship, scoring nine wins from 30 races across 10 event weekends. In Formula 4, which represents the first rung on the FIA single-seater ladder, the winners from 12 championships (Australia, Britain, China, Germany, Italy, Japan, Latin America, North East Europe, the UAE, Spain, the US and South East Asia) were awarded their trophies.