Writing the book on F1. Literally

David Hayhoe is a motorsport enthusiast since the early 1980s, having researched heavily into the sport’s history and statistics and compiled his own database. This materialised in the publication of his first Grand Prix Data Book in 1989. David has progressively made the database more comprehensive and further editions of the book have been favourably received around the world by the media and enthusiasts.

This year he presents his book Formula 1 The Knowledge, and we decided to ask him to pick some of his favourite stats and facts from this amazing compilation.

Formula 1 The Knowledge is definitely the most comprehensive register of records and trivia on Formula 1 racing, with 434 pages containing over 1,000 sections on drivers, the cars, the engines and the circuits, performance records of every driver, every constructor and every engine make to have taken part.

434 pages containing over 1,000 sections on drivers, the cars, the engines and the circuits.

The book is a detailed insight into the variety of qualifying procedures throughout the years, it also has a summary of regulation changes since 1950 and a quick reference guide to every Grand Prix result, not to mention photographs depicting the glorious history of Formula 1.

So these are just some of David’s personal picks from the book: 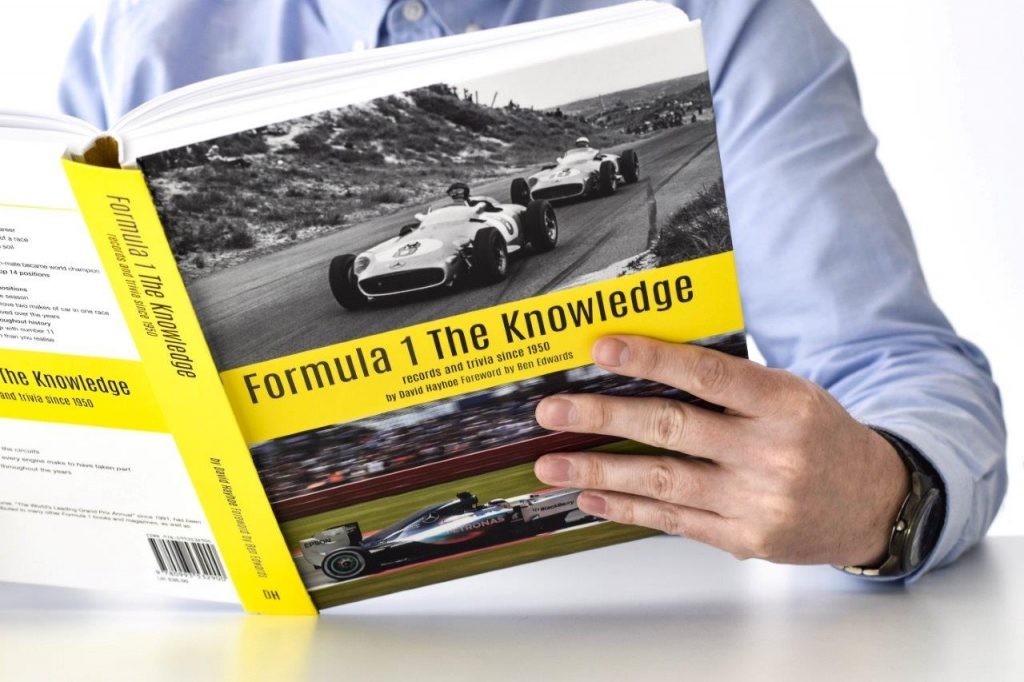