Irina Sidorkova: Moving on Up 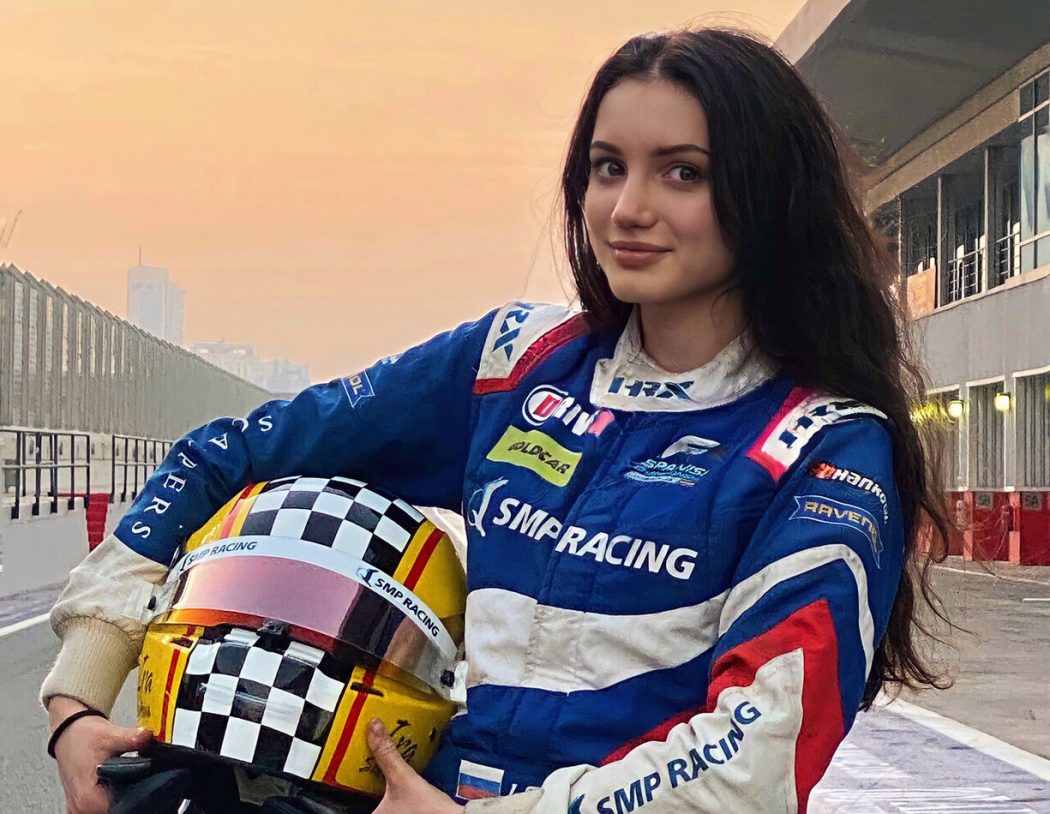 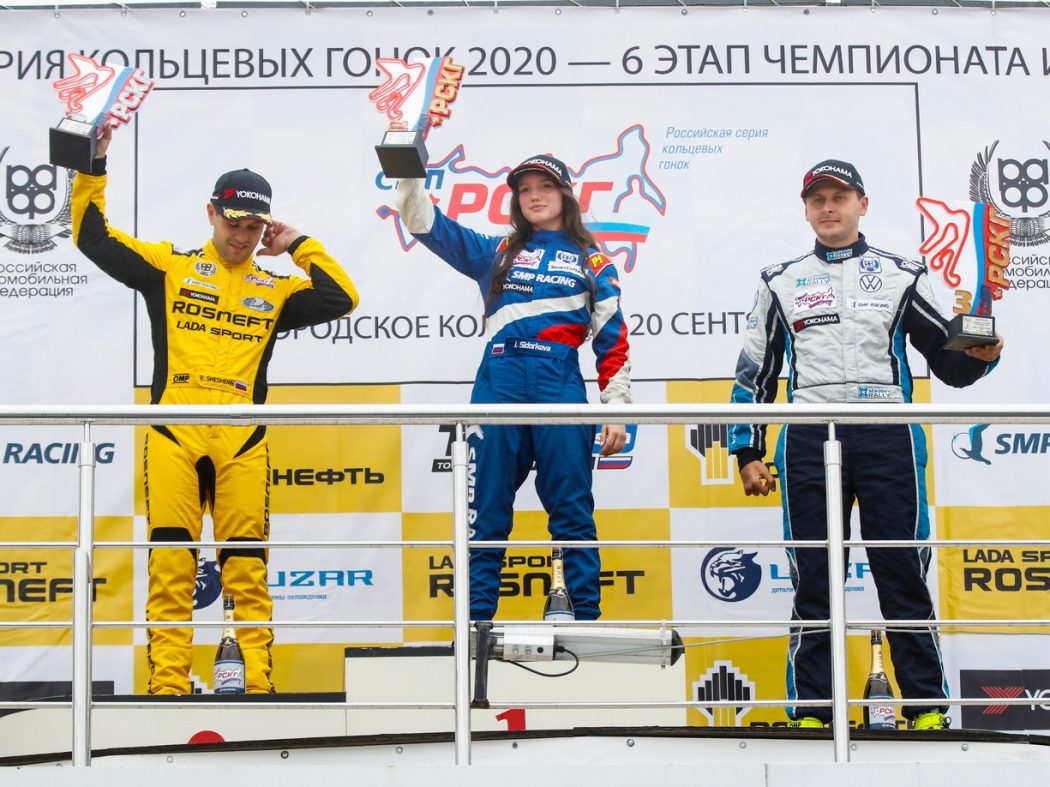 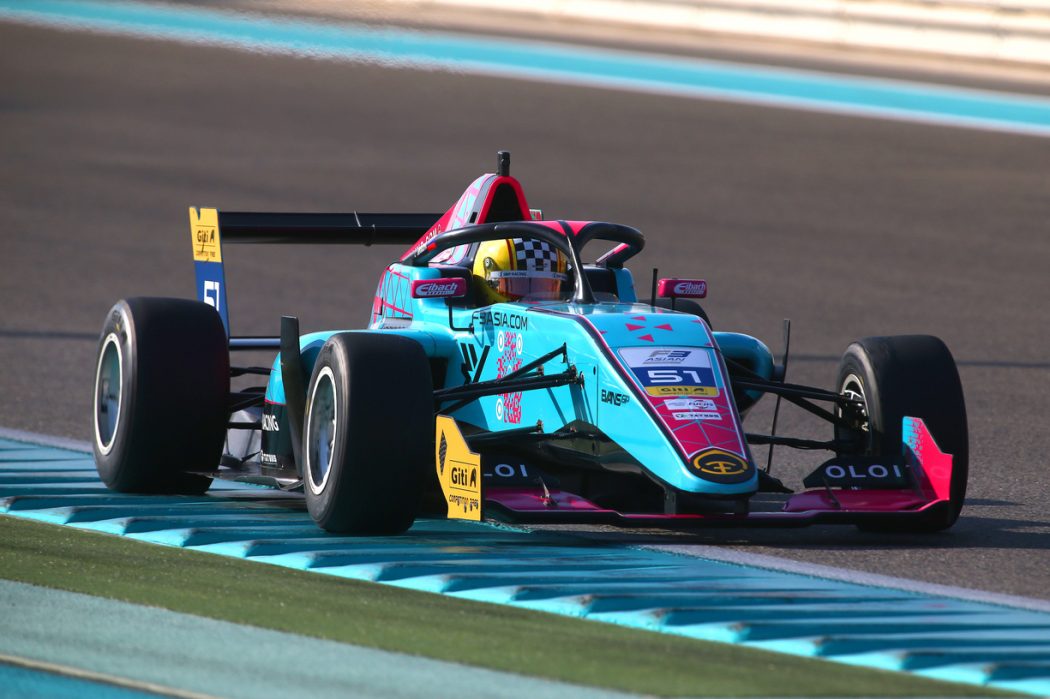 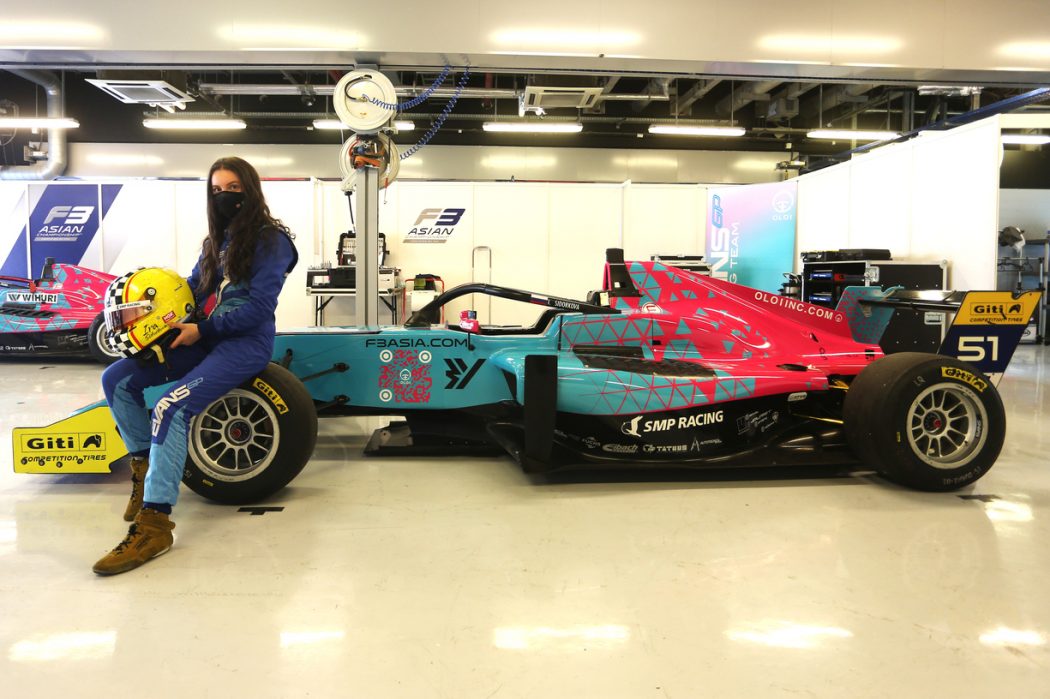 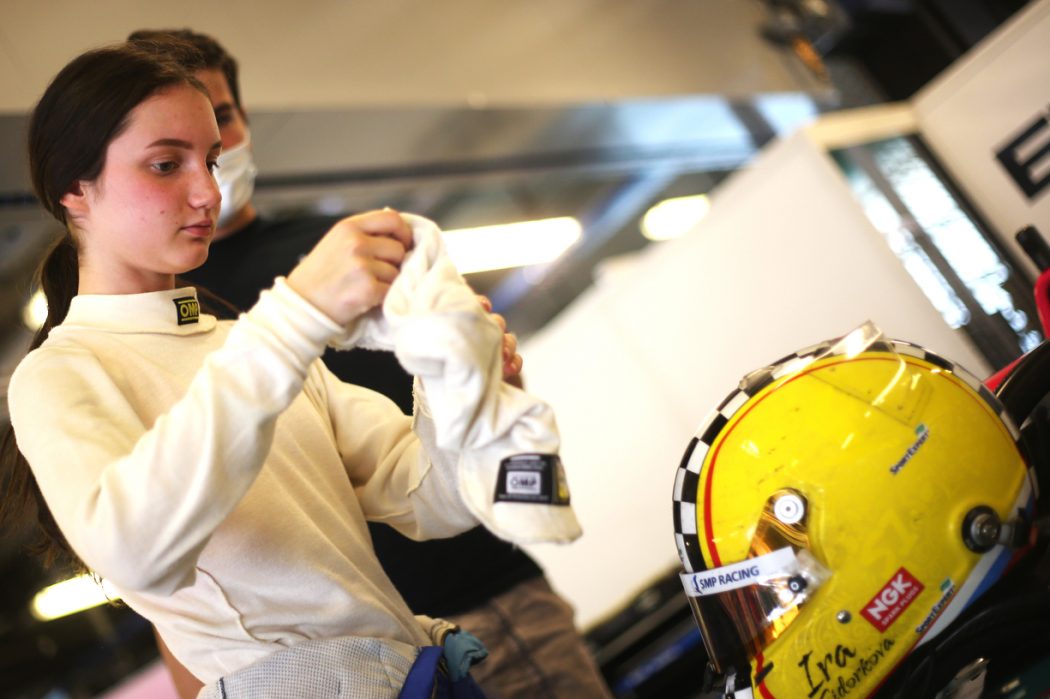 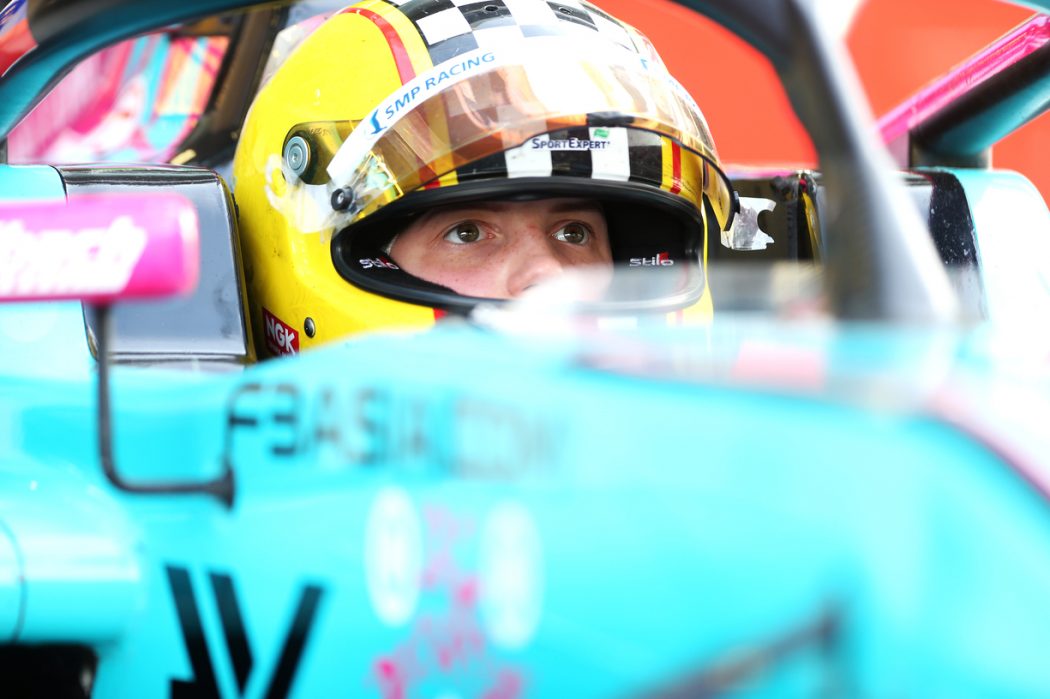 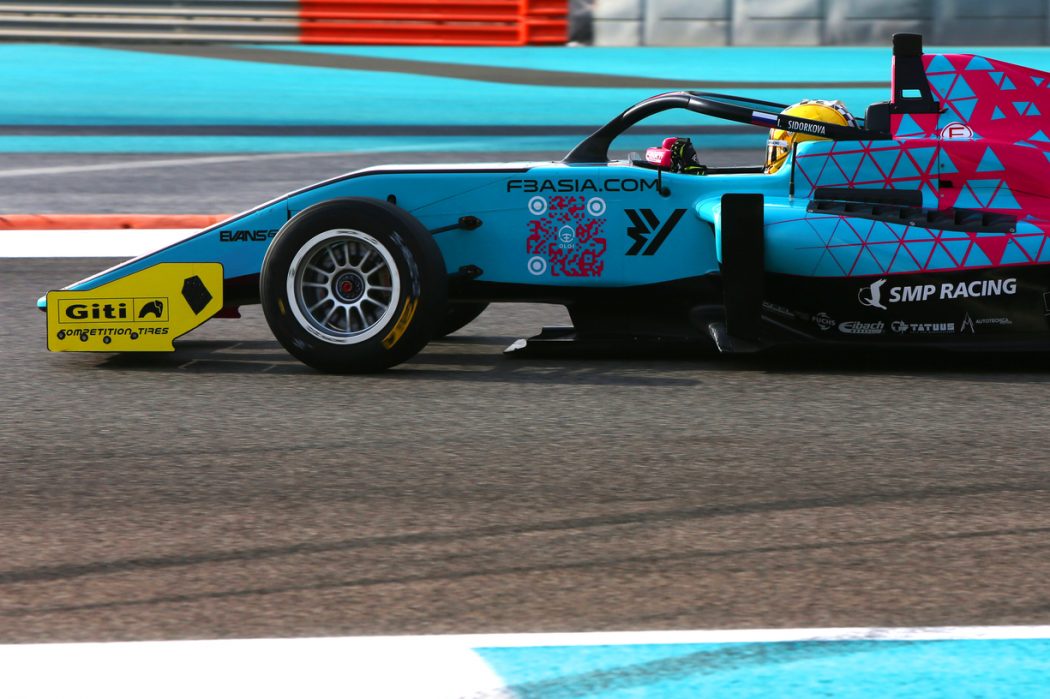 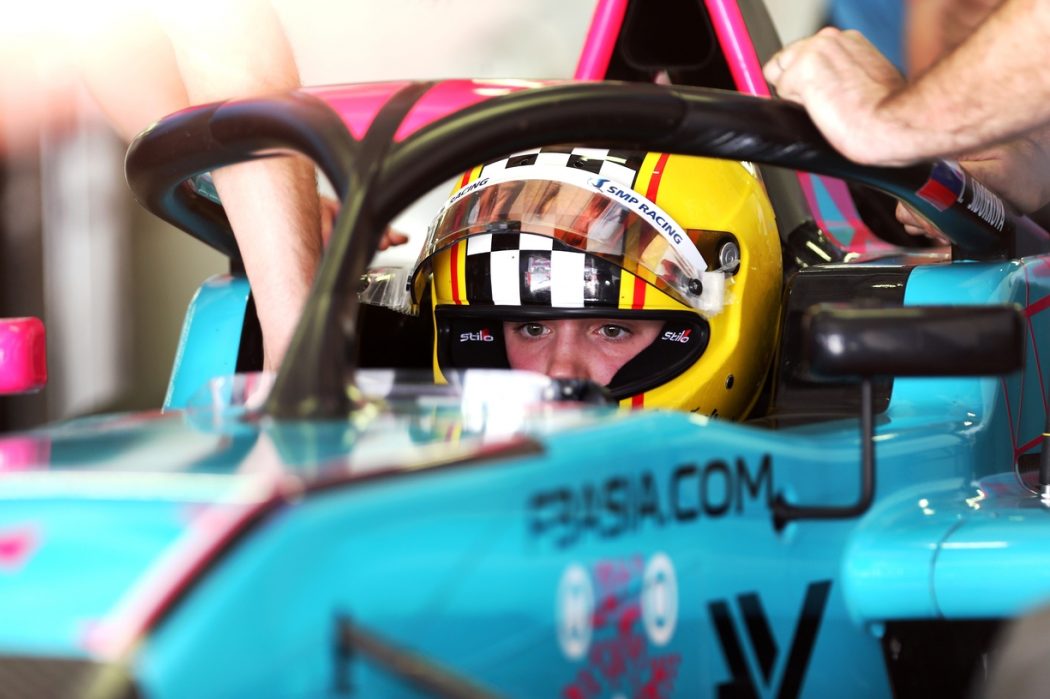 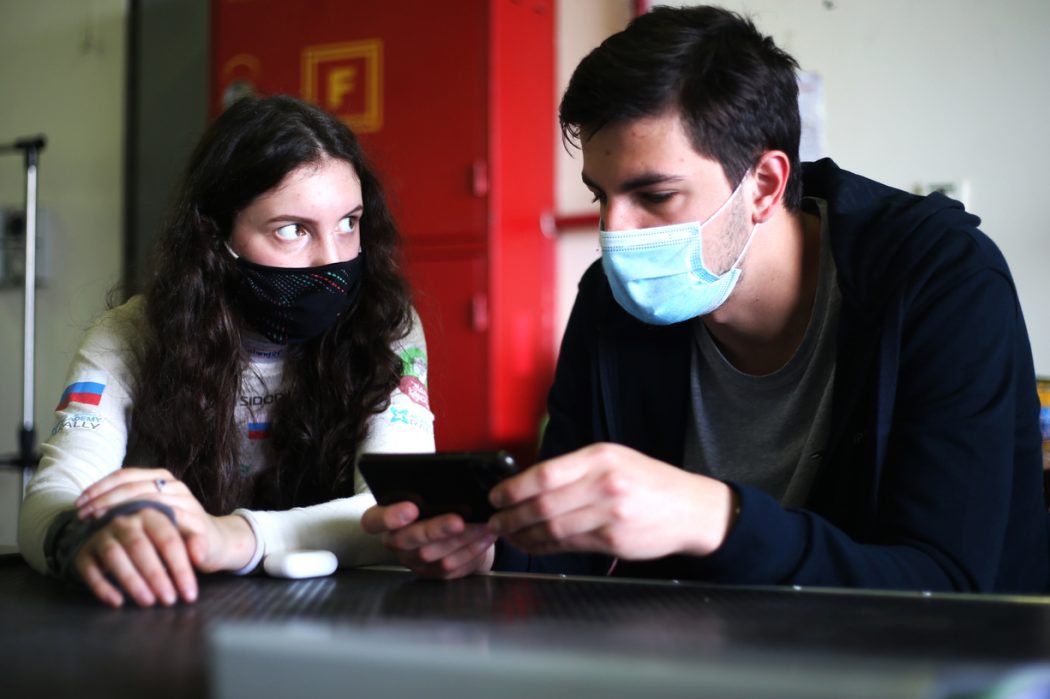 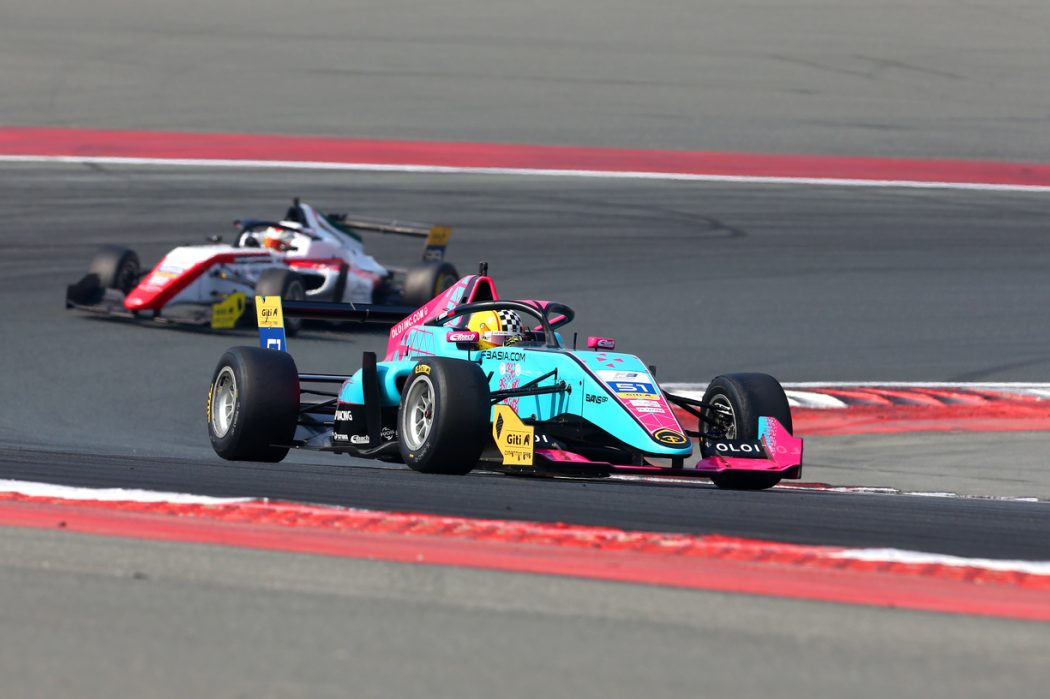 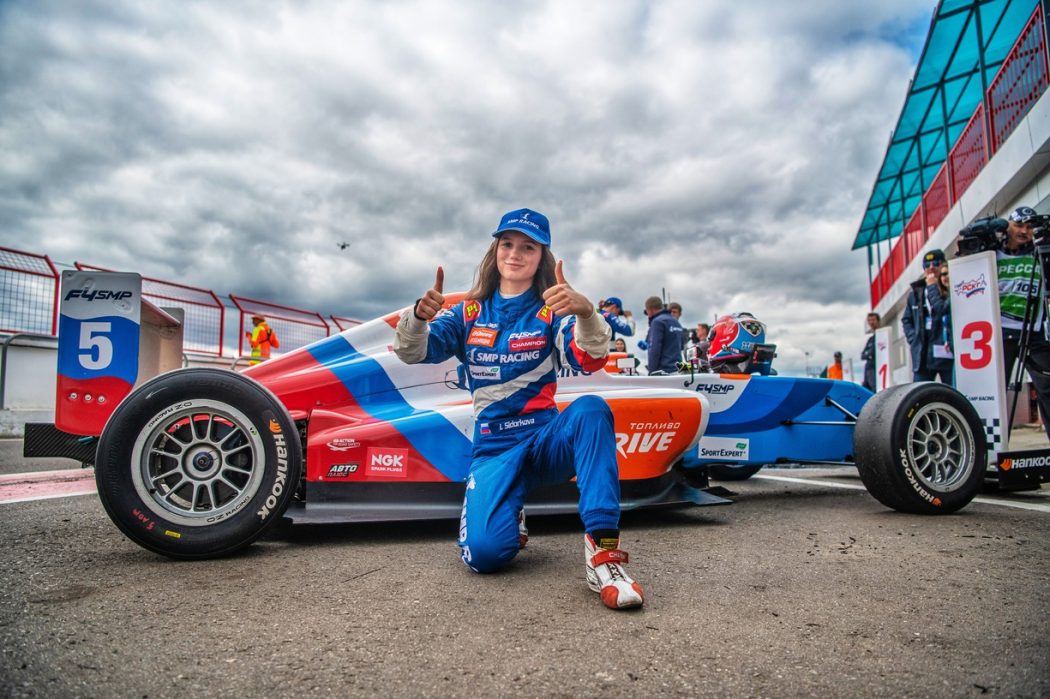 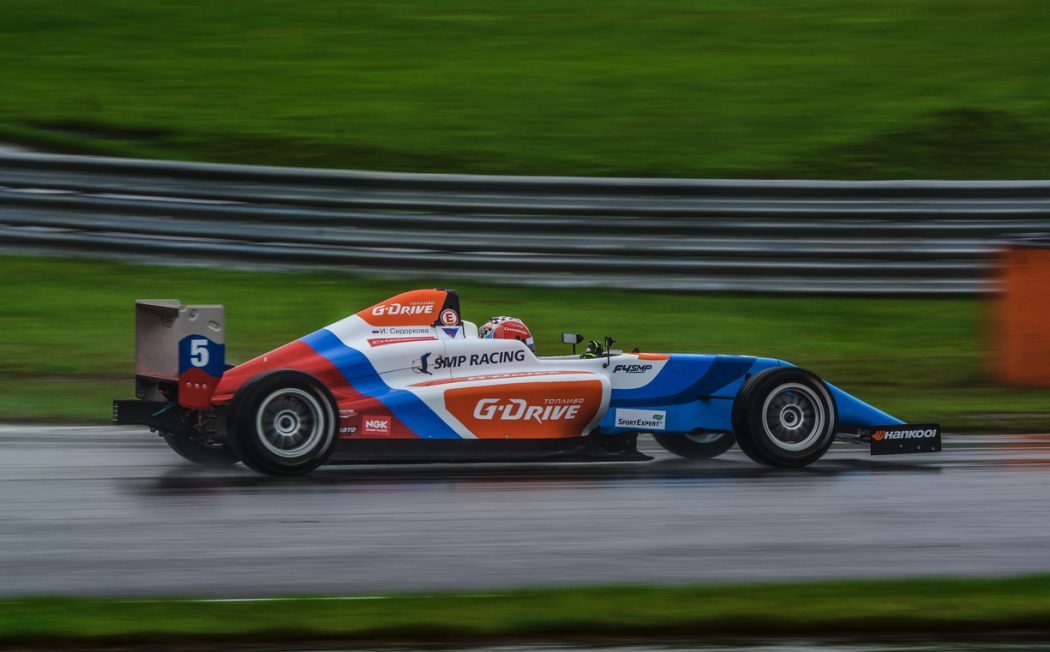 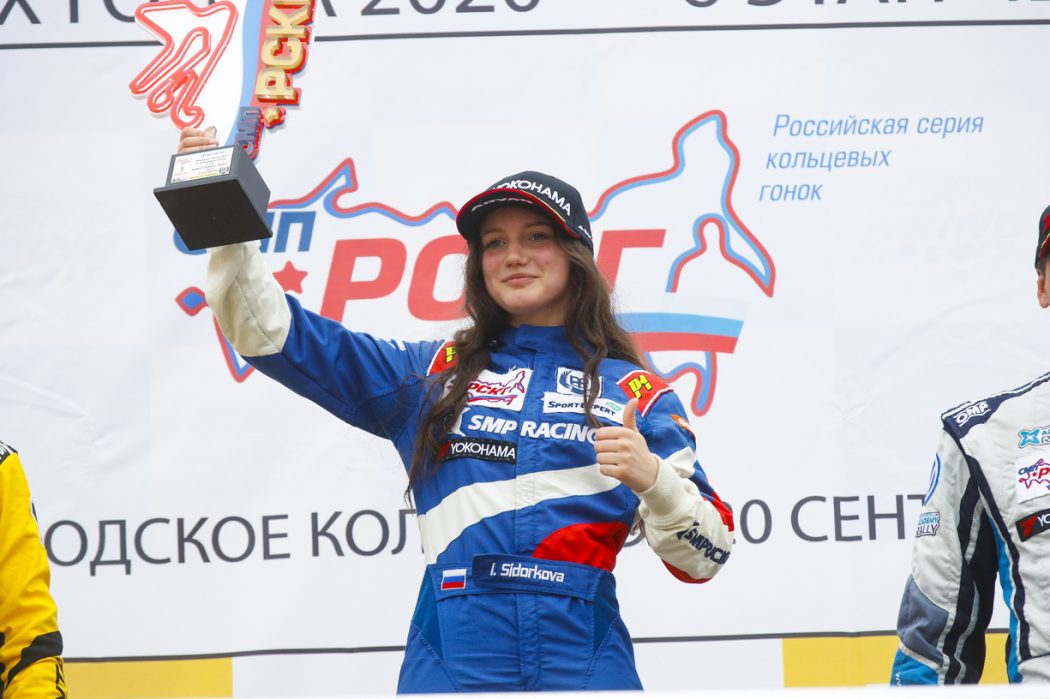 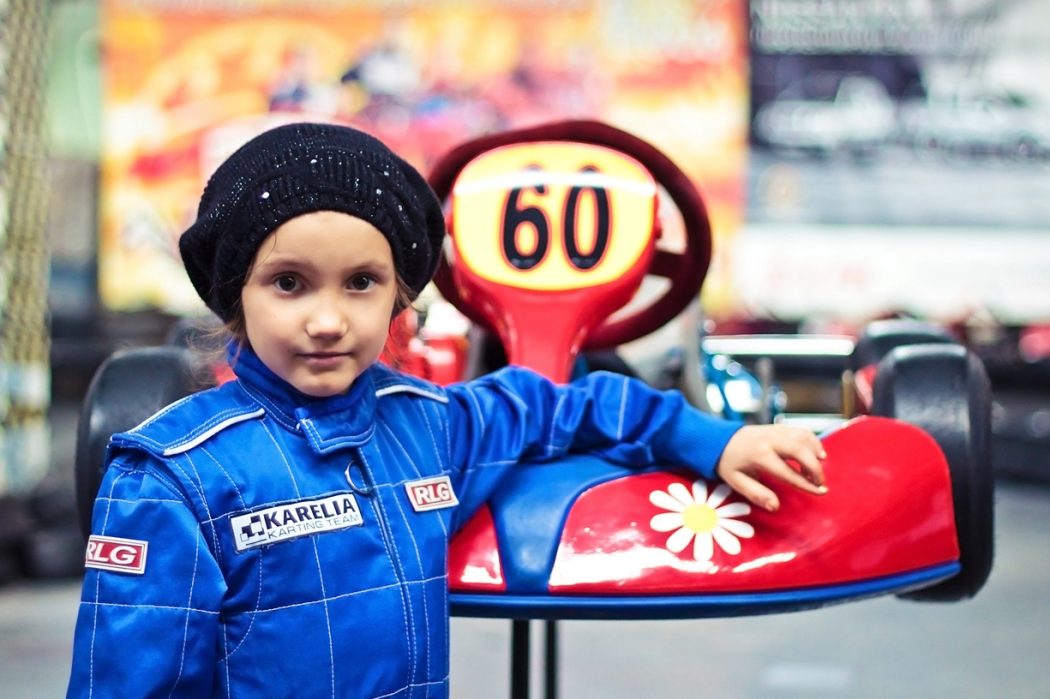 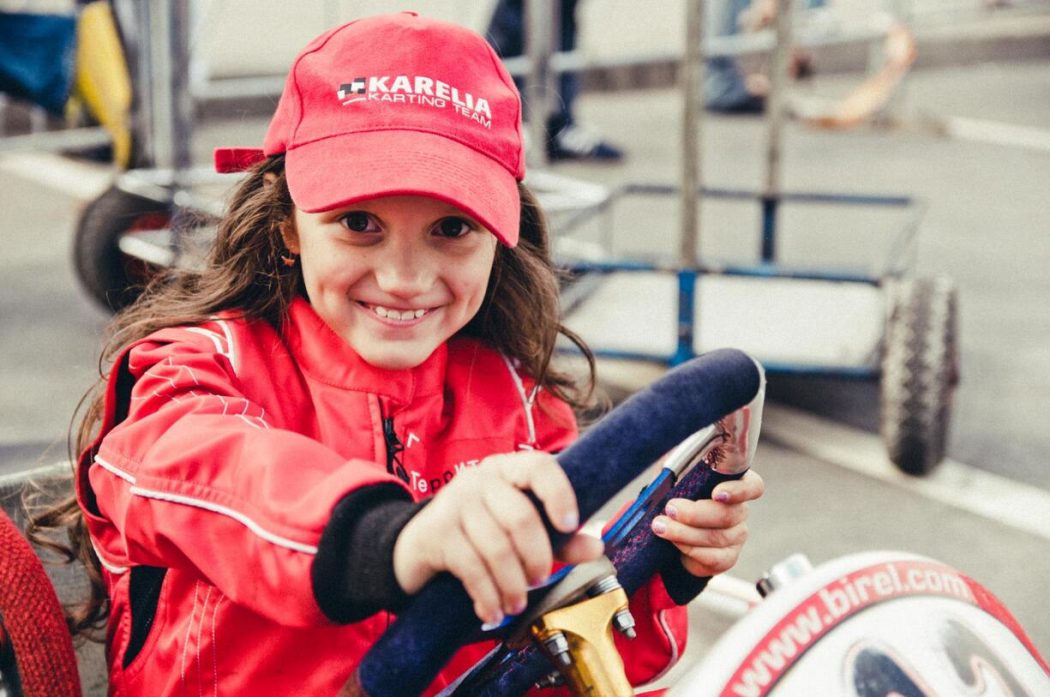 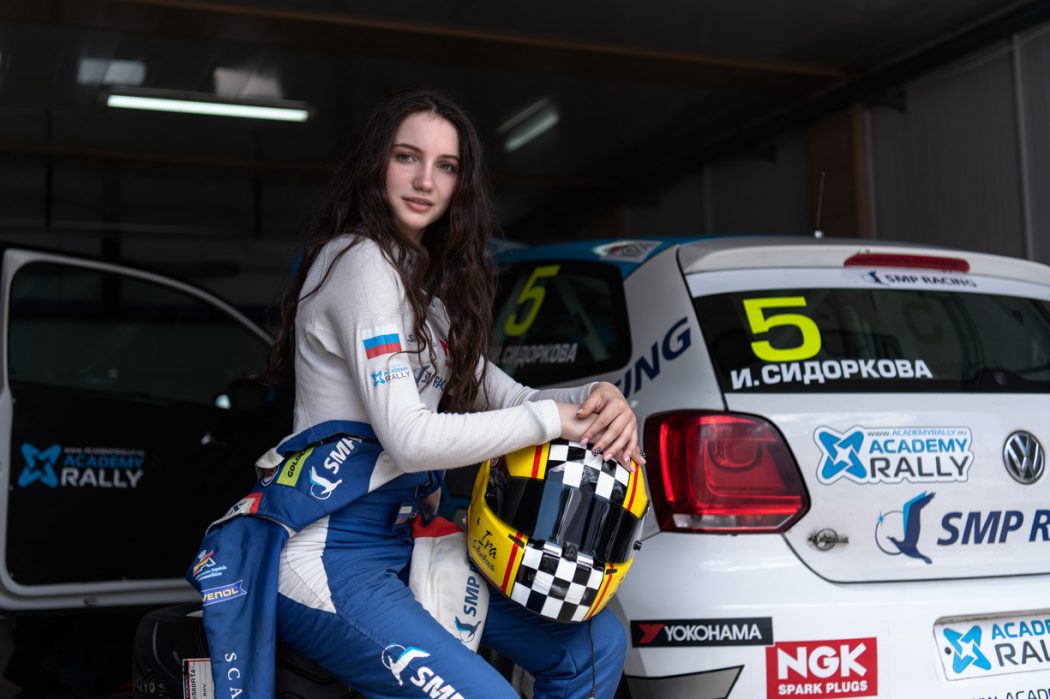 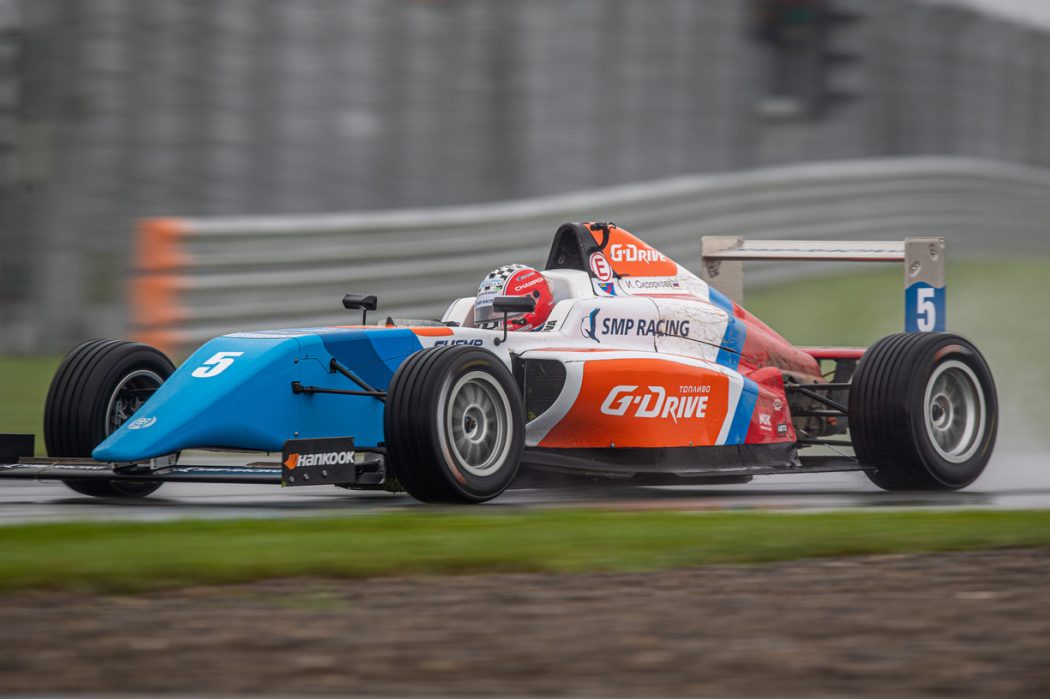 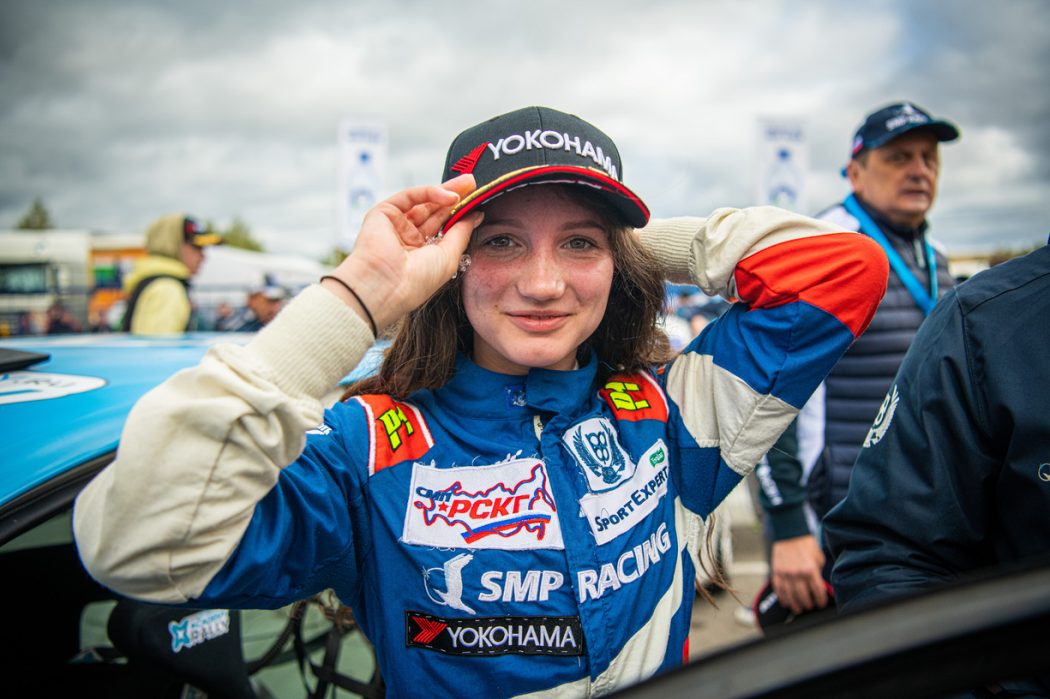 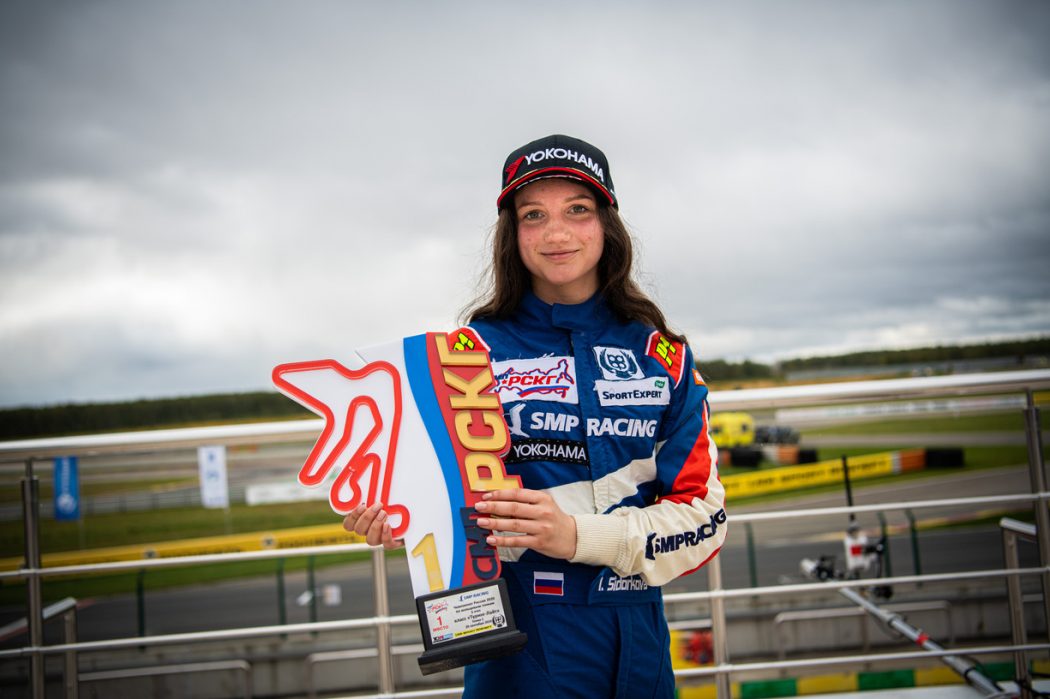 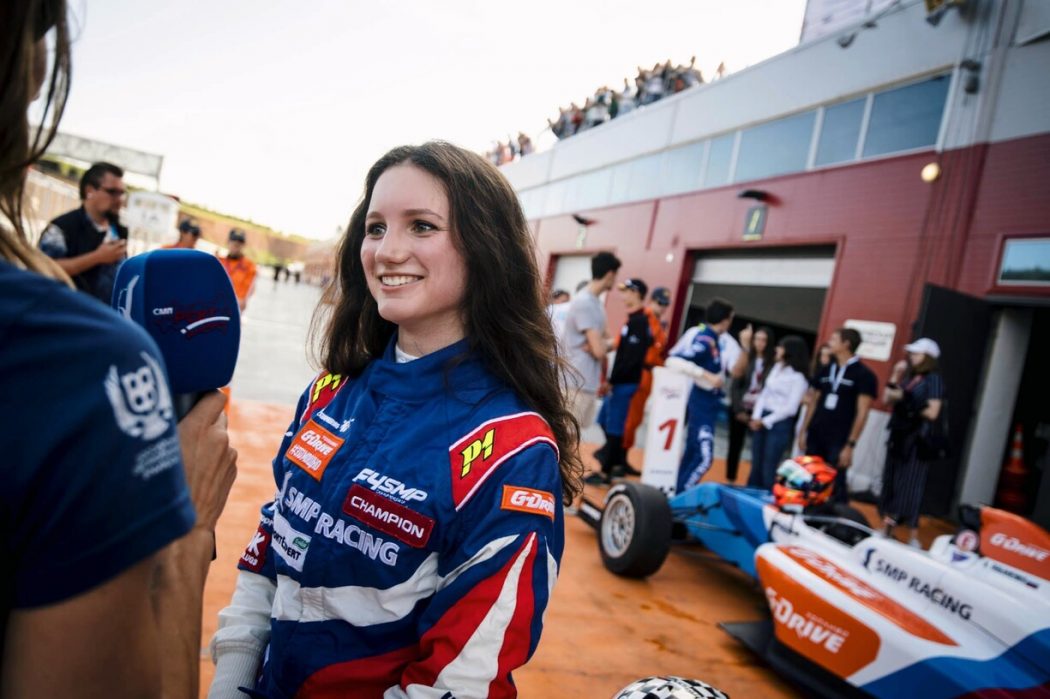 Paddock Magazine is joined today by Irina Sidorkova, who is a 17-year-old driver from Russia, she is a participant in the SMP Racing program. At such a young age, Irina Sidorkova is already one of the most successful Russian female drivers. She got behind the wheel of the kart for the first time at the age of 6, and when she was 9 Irina became the Champion of Estonia in karting.

The driver was 15 years old when she won the national championship SMP Russian Circuit Racing Series in the category “National – Junior”, becoming the first and only girl who managed to do it. She was also a participant in SMP Formula 4, Formula 4 Spain and F3 Asian Championship. Last year, Irina Sidorkova officially became the driver of the W Series.

In the 2021 season, W Series will be a Formula 1 support race. We met with Irina and discussed the upcoming season of the women’s tournament, as well as talked about her career, found out which of the female drivers inspires her, and asked who she supports in Formula 1.

Hello, Irina! Tell me how did your interest in motorsport begin?

Hello! My interest in motorsport began a long time ago and quite unusually. I’ve been collecting cars since I was a child, and I always asked my dad to bring me something about cars when he went somewhere for work. In general, nothing foreshadowed that I would be a racer. But one day my family and I went to the premiere of the cartoon “Cars”, and after watching this cartoon, I said that I want to do racing. After some time, I saw the advertisement for the go-kart track on TV, and I persuaded my dad to go there to drive. We arrived, went for a drive, and then the coach came up to us and said that we should try to train. It was 2009, I was 6 years old. That’s how it all started.

In about 10 years, you have become one of the most famous Russian female drivers! How does it feel to be aware of this?

I believe that as a driver, I still have to grow a lot. Therefore, I don’t want to say that someone is very famous, someone not, but in any case, for me, the main thing now is the goals I have. I realize that I successfully perform them.

In your opinion, how has the field of motorsport changed in terms of supporting female drivers in recent years?

Everything has changed very much for the better, of course. Recently, a lot has been done for women in motorsport, all the forces are thrown at ensuring that as many girls as possible come to the race and develop there. For example, now a girl has entered the Ferrari Driver Academy for the first time. And then there’s W Series, which just does a great job of developing women in motorsport. So of course, if you compare how many women were in motorsport when I came, and how many of them are now, their number has grown significantly.

There is an opinion that women have to work twice as much in a field where men are mainly employed, does this principle work in motorsport?

Yes, it works. Especially when it comes to the gym since women are naturally weaker than men. And overloads in different Formula categories are much heavier, so in this regard, we have to work much harder in the gym to match.

You are a strong competitor. Did you encounter any negativity from male drivers, or was there still more support?

When I started motorsport at the beginning, of course, there was a negative reaction. I would even say that it was more from people from the outside, rather than from male drivers: “Here’s a girl driving. What can she do?” And as for the male drivers, there was more support. When you’ve driven for a few seasons, they know you’re a worthy rival, so I’ve never heard anything like that from them.

Which female driver inspires you?

I’ve been following Danica Patrick for a very long time. She’s my idol. Danica has successfully competed in NASCAR and IndyCar. I’ve always watched her races, but now she’s finished her career. But nevertheless, for me, she will always remain such a great woman, and it happens that I even sometimes review the races with her participation.

Cool! Last year, you were officially included in the W Series championship and became the youngest driver in the peloton! Can you share how the selection process was?

We all came together to the track in Spain, the selection was held in Almeria. There were quite a lot of participants. We had races, there were interviews, they talked to us, checked our physical training, and the results of all these tests formed the whole picture. Then they sent us a letter saying that we were included in the W series.

What difference did you feel in comparison with Formula 4?

I felt a big difference then, considering that I came to Almeria immediately after the Formula 4 stage, it was also in Spain. We went by car from Jerez directly there. And of course, when I got into a Formula 3 car from Formula 4 one day later, I was very surprised, because the difference was really noticeable! Firstly, the car was faster, this is due to the fact that there is much more aerodynamics – the car presses very hard and this allows you to maintain a much higher speed, especially in high-speed turns. Secondly, there were other wheels. Plus, it was very unusual racing with the Halo, although my vision gets used to it quickly, nevertheless, when I just got into the car, I did not understand a little, I even thought, suddenly it would interfere.

You mentioned downforce and some other technical aspects. Is it important for the driver to have some technical knowledge, or is it still part of the mechanics’ job?

I think it’s important for any driver to understand what’s going on with the car. Because in any case, to go fast the car must also match. As a rule, all drivers are different and driving styles are different too. You need to be able to correctly convey to the engineer or mechanic what exactly you want from the car so that it is properly configured.

Interesting. This year, all eight races of the W Series championship will be held as part of the Formula 1 weekend, how did you react to this news?

Well, how could I react here [laughs]? This is just mega news! Of course, I was very happy, I immediately ran to show all this to my parents and family. They were happy as well. This is just a huge step for the series.

Which stage in which country are you most looking forward to and why?

All the stages will be interesting for me because I haven’t raced anywhere there. The only thing I managed to drive in Formula 4 in Paul Ricard, it will be interesting to compare this track with another car. Therefore, each track will be fascinating for me in its own way, since all the racetracks are really famous. I will be happy to race there, but of course, I really want to try the track in Mexico: I have a lot of fans there who would love to see me.

Wow! Do you watch Formula 1, have you got a favourite driver?

Yes, I watch it. Unfortunately, I can’t watch all the races in a row now because of my studies and training, but I try to review them. I have been rooting for Sebastian Vettel since the beginning of my career in motorsport, I also rooted for Daniil Kvyat, and this year I will be for Nikita Mazepin.

Did you have an opportunity to meet these drivers and talk to them?

Unfortunately, I have never met Vettel. I didn’t have the opportunity, because I have been only at the Russian Grand Prix, and then not very often. Usually, we arrived right before the race and there was simply no time to look for someone. But I had his cap and an autographed T-shirt. I used to wear them all the time at different races, especially when I was little and went karting. But I hope that dreams should come true, so I will definitely meet him sometime!

Okay, back to W Series, who is your biggest rival this season?

I can’t say exactly who the main rival is, but I will say that we will have a very strong championship, there will be a lot of experienced drivers who have raced a lot, for example, Beitske Visser. Of course, it will be very interesting to fight with them, but it will also be very difficult.

Last year, the season was cancelled but instead, you participated in virtual races, where you took third place and won races five times, can racing in cyberspace help to acquire some skills?

Actually, I’m not a fan of computer games. I haven’t got used to it since I was a kid. But I was happy to participate in W Series Esports League and try something new. I was pleasantly surprised when I passed it, and indeed some manoeuvres, regarding fighting, overtaking or studying the track – it can be applied in life and it is useful. But as for the control of the car – it is difficult to say anything.

You just recently took part in the F3 Asian Championship, which was held in the United Arab Emirates, tell me about this experience? Can you call this a test before the upcoming W Series season?

I think it was very cool in terms of experience. Of course, at first, it was very difficult to roll in, because for a year and a half I did not drive in formulas, but with the help of SMP Racing and my coach, I quickly managed to do it. I progressed through the places from stage to stage. But unfortunately, I had to miss one race at Yas Marina due to the fact that I had contact and my hand was slightly injured. But despite this, later I managed to almost reach the top 10, I came 12th on the same track. I think this is a very good result. I had a great preparation before the W Series season.

This is a very interesting experience, I wish you a speedy recovery! One last question: what are your goals for 2021?

It is difficult to talk about specific places during the championship because I have not yet raced there. But I would like to show a good result, get to the top 5, go to the podium several times. I am sure that with the support of SMP Racing, I will be able to perform well this year and worthily represent our country in W Series.

Thank you, Irina! I wish you good luck!