Alyx Coby: Moving On Up

Paddock magazine is joined today by racing driver Alyx Coby. Already firmly established as one-to-watch in international karting, Coby is widely tipped to be Ireland’s next racing star. We ask her about a breakout year for her and making the jump to the global stage.

You are now one of karting’s brightest stars but how did you first get involved in motorsport?

I started driving a kart at the age of six and started racing when I was eight years old. My father was a racing driver and had a small team in Ireland, so I grew up around the track and it was always assumed I would be a racing driver. It’s hard to remember that far back but I do remember the feeling of the engine for the first time and I just didn’t want to get out of the kart.

The Irish racing scene is a smaller community than the likes of the UK and Italy of course but we have some really great drivers, so competition is fiercer and it was great training before I started racing internationally. I’m so proud to be part of Ireland’s new wave of racers making a name internationally. 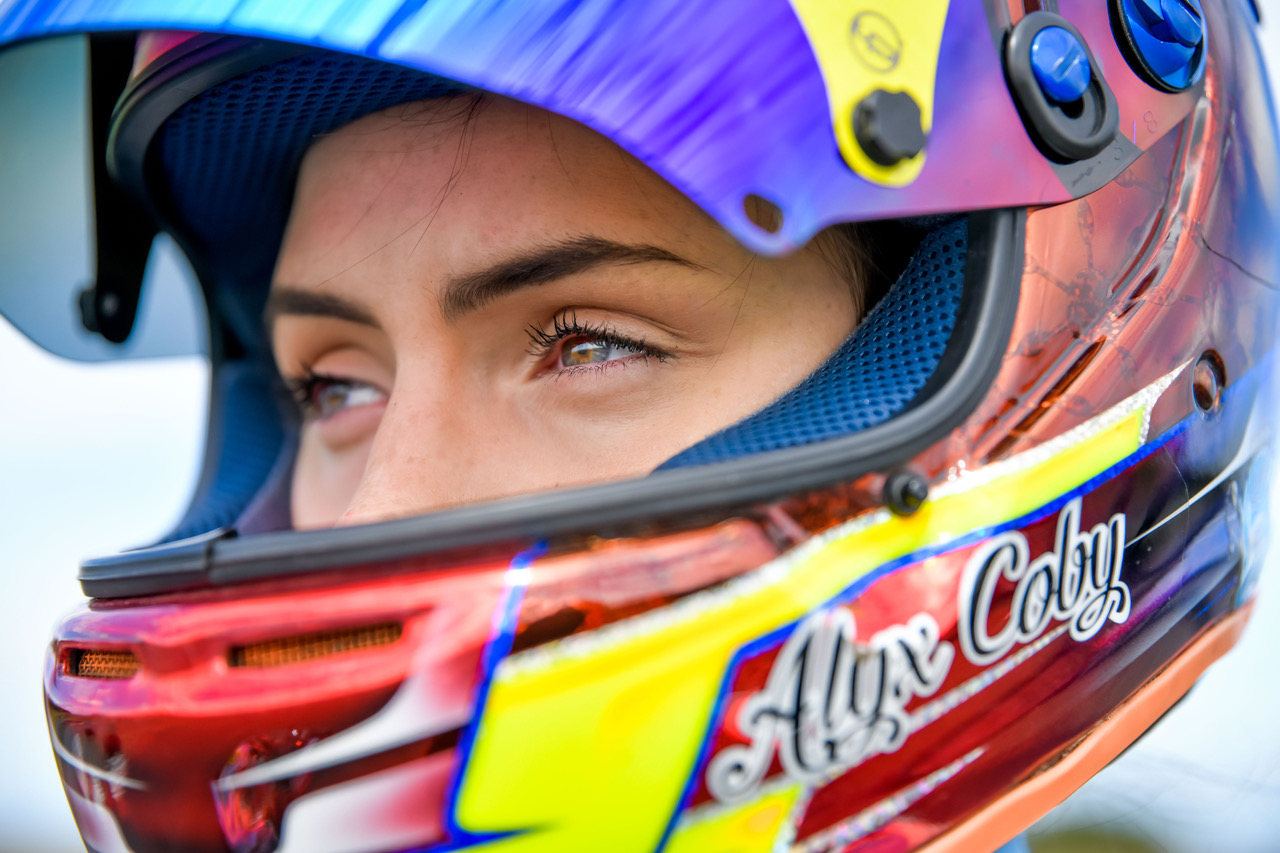 In 2020, you have received new support to push your career forward from CJJ Motorsports and Navigate Partners. What has that taught you about the racing industry?

To be selected by the late motorsport philanthropist John Campion as the only karter to join the CJJ Motorsports programme was such a boost for my career, my confidence and my profile. There had been rumours in Ireland for a while about what John was putting together and he could have picked any driver so to have been selected as the only karter was incredible. To get the recognition and support of a man like John is the stuff of dreams for any young driver. He sadly passed away this autumn, which was a big loss to the Irish motorsport scene, he was a great guy and a huge supporter of the sport at every level.

I’m so proud to be part of Ireland’s new wave of racers making a name internationally.

In November I was signed by the Navigate Partners Driver Management Programme in London. Their focus is on developing an environment to give me everything I need to build a career as a professional driver. One of the things they said right at the beginning is that I don’t need to wait to get to the next level to step up my preparation. I should be thinking like a professional driver, getting race fit, mentally prepared and engaged and ready to race when the opportunity comes. This winter I have been working flat out with my Performance Coach Nicci Daly, who is an elite athlete and international hockey player, and I have never felt more confident and prepared in myself. Everyone around me knows the reality of building a career in racing. It’s nice to have this grounding.

What does the future hold for Alyx Coby?

I think it is obvious for most people to say “I want to race in F1” but so many things need to fall into place that are out of my control as a driver. My plan is to focus on building a career as a professional racing driver and to enjoy my racing. In 2021 I will continue with karting internationally but also start making my first steps into cars. The plans we have are so exciting and the team around me is now so strong, I wouldn’t have dreamed I would be in this position just a year ago.

A personal goal for me for the next 12 months is to grow my experience working with different teams and engineers. I also want to play my part in improving diversity in racing and to inspire young girls in Ireland to get in a kart and give it a try. You can learn so much about yourself in a kart, whether you’re fighting for the win or just having a go. That is so easy to forget and so many people don’t try, for fear of not “making it.” That’s something I want to change.