In Abu Dhabi, the sun sets on Seb’s time with the Scuderia Ferrari

This weekend, Abu Dhabi’s Yas Marina circuit hosts the final round of the Formula 1 World Championship and also brings the curtain down on Sebastian Vettel’s time with Scuderia Ferrari. Over six seasons with the team, he has brought home 14 wins to make him the third most successful Ferrari driver after Michael Schumacher (72 wins) and Niki Lauda (15.) This weekend’s race will be Seb’s 118th with the team, with whom he has netted 12 pole positions, 14 fastest race laps, 55 podiums and 1400 points.

Difficult overtaking. The Hermann Tilke-designed Yas Marina circuit provides few overtaking opportunities, most of them in the area of the chicane at turns 8 and 9, with countermoves possible at the exit, crossing the racing line and at the exit to turn 11 where excessive late braking can result in a trip through a very dusty run-off area. There are two zones where DRS can be deployed, on the two main straights, after turns 7 and 10.

Penalty. Ferrari has never won at Abu Dhabi and generally, the races have not gone that well for the team. Unfortunately, that might be the case this weekend, because making life more complicated for Charles, he has to take a three-place grid penalty following the first lap incident in last week’s Sakhir Grand Prix. 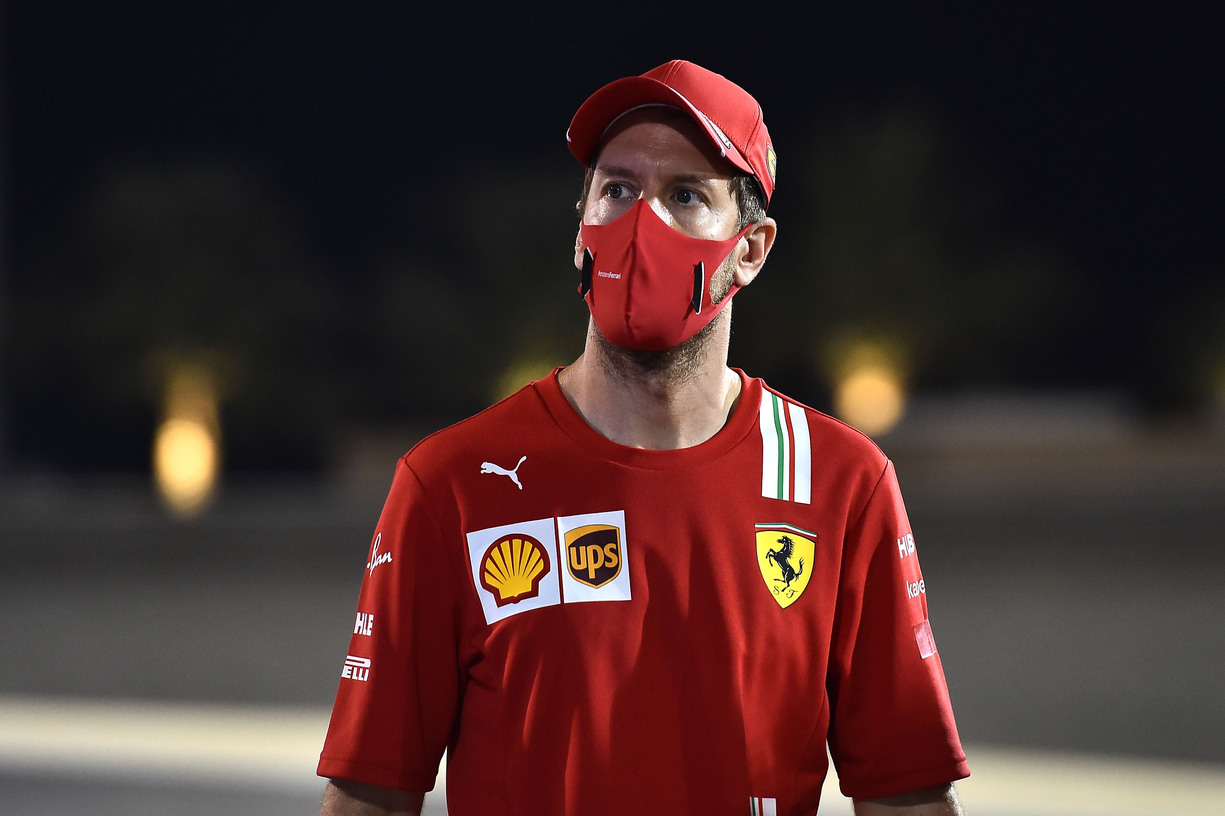 “Abu Dhabi is a track that has never really suited our cars well so I am expecting it to be an interesting challenge. However, I will give my maximum, as always, and being my last race with the team, I hope we can enjoy it and get the best possible result.
The years with Scuderia Ferrari have been a great journey in which together we have learned so much. There have been ups and downs and we have been close to winning the title twice but it was not to be. I am happy that we have won 14 races together but for sure we wanted more.

This weekend I will be using a special helmet to thank the team and all the Tifosi for their great support over the last six years. The fact that  I am wearing different colours next year won’t stop me from wanting to chat with the friends I am leaving in Ferrari. Your passion and your support are part of the reason why this team is so special.” 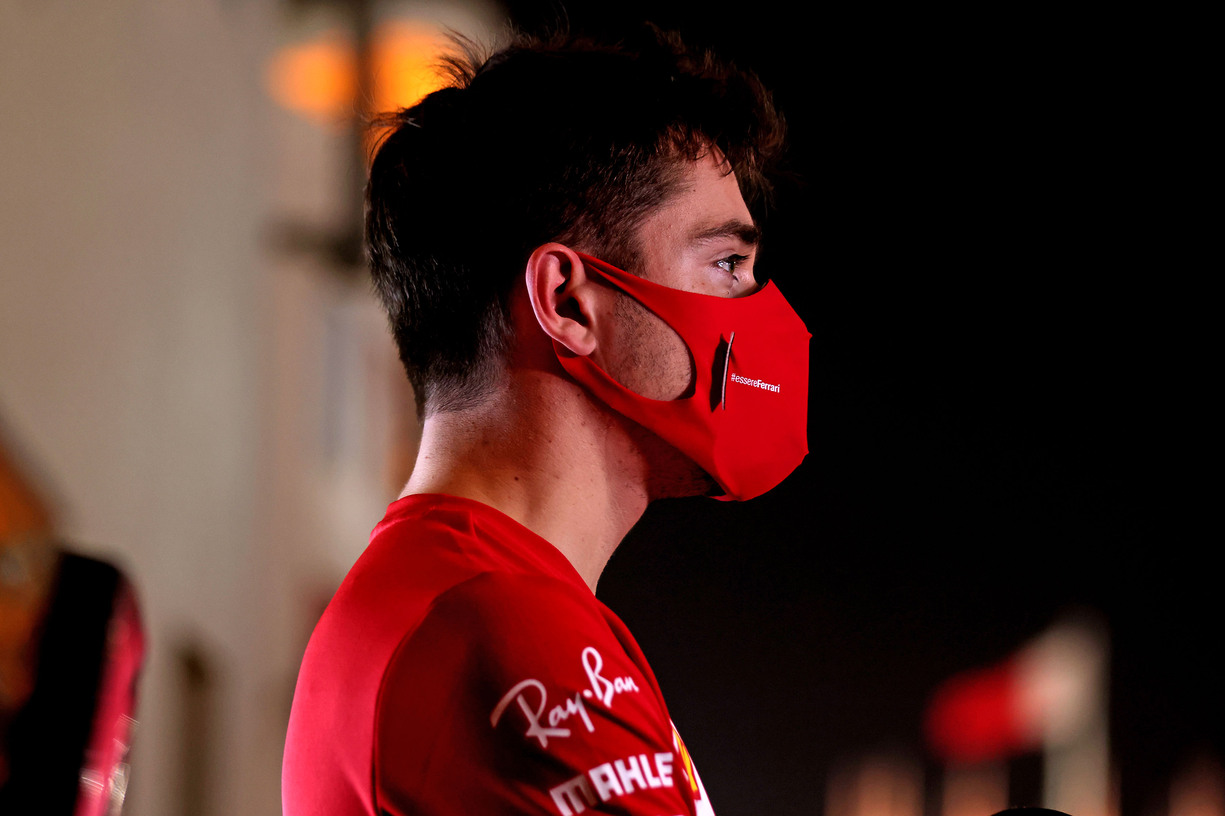 “We’ve come to the end of a pretty difficult season. The first sector of the Abu Dhabi track is interesting, whereas the middle and last parts are a bit less fun. This track has never been much of a friend to Ferrari, even if last year, we managed to get on the podium.
This year, getting a good result here will be particularly challenging, because I have a three-place grid penalty to deal with as a result of the first lap collision in the Sakhir Grand Prix. For my part, I am really keen to finish the season with a convincing performance so I will try and prepare as well as possible with the engineers, studying all the strategic possibilities.

This is also Seb’s last race with the team and so it is also, in some ways, the end of an era. It would be fantastic if we can both have a great race to mark this special moment. He has played a very important role in Ferrari’s history and he deserves to end this time with a result worthy of his career with the team.”

Among many areas that Scuderia Ferrari Mission Winnow must definitely improve for next season is the pit-stop procedure. Going into the final round of the season, 22% of the team’s stops have taken more than 3.5 seconds. Anything more than that to change all four wheels is considered a serious failure. That figure is a long way off the best. The outcome of the season would not have been that different with fewer pit stops without serious mistakes, but there might have been a few more points on the scoreboard.

“It’s true that the number of stops over 3.5 seconds is too high by the Scuderia’s past standards, but the vast majority of times that there has been a less than optimal stop, it has been down to a specific problem linked to the wheel nut,” explained Diego Ioverno, Scuderia’s Vehicle Operation Engineer. “The thread is not strong enough and so the nut has stripped several times. It’s a reliability problem we are working hard on to fix for next year.”

Does an awareness of the problem have a knock-on effect?
“Yes, it does. When the guys feel, even unconsciously, that they are using a component that is more at risk, with a margin of error for engaging the wheel-gun that is much smaller, that has a negative effect on the whole procedure. That can be seen from the fact that for us, an average time for a good pit stop is 2.73 seconds, which means there is room for improvement there too.”

What else can be done?
“First of all, it should be pointed out that our pit crew is relatively new as part of the significant changes we have introduced over the past two years, both for the crew itself and on the organisational side. It is clear therefore that it takes a little time for all those involved in the pit stop to gel. There is no other sport that calls on perfect synchronisation of over twenty people.

That’s why the best teams are the ones that have used the same crew for several years. So, apart from reliability, we also need to work on this area, both through specific training sessions and psychological and physical training and that will be another priority over the winter in preparation for 2021.”

1. A billion dollars: that’s the cost of building the Yas Marina facility whose construction began in 2007. The work was completed in 2009 and the track was homologated on 7 October that year, with the 2009 Abu Dhabi Grand Prix being the first race held there.

2. The number of times the world championship has finished later than this year. The 1963 South African Grand Prix was run on 28 December, while the previous year it was even later, on 29 December.

4. The number of Ferrari drivers in action in Abu Dhabi. Apart from race drivers Sebastian Vettel and Charles Leclerc, Antonio Giovinazzi will, as usual, be at the wheel of an Alfa Romeo and Mick Schumacher will make his debut at the wheel of a Haas VF20 in Friday practice.

117. The number of races Sebastian Vettel has driven for Scuderia Ferrari. It puts him fourth on a list headed by Michael Schumacher on 180, then Kimi Räikkönen on 151 and Felipe Massa with 139.

121. The number of floodlights that illuminate the Yas Marina track. The high-efficiency lighting consumes 40% less energy than a normal system. 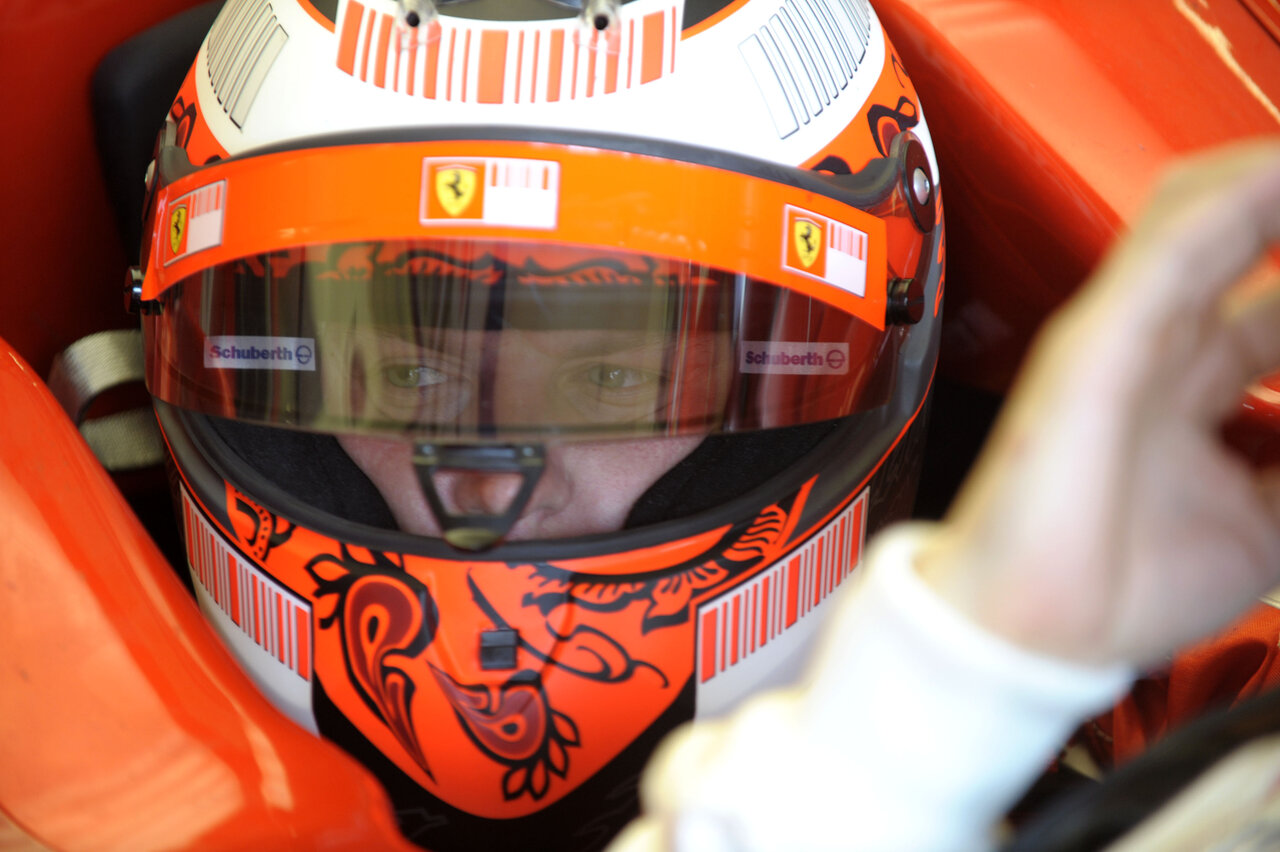 The second day of testing this week for Scuderia Ferrari Marlboro, working again today at the Jerez de la Frontera circuit in the extreme south of Spain.

This week in our history

10/12. In 2010 in Brussels, the Belgian driver, manager and collector Jacques Swaters died aged 84. During his time with Ferrari, he competed in six Formula 1 Grands Prix. After hanging up his helmet, he founded the Francorchamps Garage and just a few years later started a commercial agreement with Maranello which led him to represent the Prancing Horse in Belgium for many years. He was also one of the most important cars and Ferrari memorabilia collectors in the world.

11/12. In 2003, Michael Schumacher, recently crowned six-time world champion, took on Maurizio Cheli, pilot of the jet Eurofighter Typhoon belonging to the Italian Military Airforce, at the wheel of his F2003 GA. Three challenges were run over 600 metres, 900 metres and 1,200 metres. The first was clearly won by the Ferrari which, despite the rain, showed its acceleration skills. Due to the wet surface, the plane took the second and third rounds and the overall win, unlike in 1981 when Gilles Villeneuve managed to get the better of an F104, which today is located at the Fiorano track.

13/12. In 2014, for the sixth consecutive year, a big Christmas tree, which had been donated by the city of Brunico to the company was illuminated at Ferrari. The enormous fir, more than 20 metres tall, was lit up by 18 thousand low-energy lights.