Do race cars use diesel engines?

Motor racing is a thrilling sport for both the competitors and the spectators. Watching cars speeding through a racetrack or being inside the vehicle sends blood pumping. Fuel and engine define the speed and power of most race cars. If you notice, many of them run on gasoline fuel, but surprisingly, some use diesel.

Diesel isn’t the preferred fuel for many race cars because of various reasons. However, this is not always the case. This article will offer a brief explanation of the dissimilarities of the two fuels, their effects on vehicles, and where the diesel engine shines as an option for race cars:

Diesel Vs. Gasoline: The Difference

Both fuel options are by-products of refined crude oil but have different densities and combustion methods. For starters, diesel is thicker compared to gasoline or petrol. Gasoline also ignites faster than diesel. You may have witnessed someone toss a lit match into a gas puddle and watch it come ablaze instantly. Meanwhile, diesel fuel needs to be compressed first and injected before igniting.

Certain vehicles also have engines that only run on a specific fuel type. Larger vehicles, such as buses and trucks, often utilize heavy-duty engines. For an example of one, you can see it here. As mentioned earlier, gasoline ignites fast, so gasoline engines have a spark plug that ignites the fuel. When diesel combusts, it also causes smog that pollutes most urban cities. However, this doesn’t mean gasoline isn’t any better, as it also produces carbon monoxide.

As you can see, both have pros and cons, and it’s up to the racer to choose which fuel works best for their car and their sport. You may find that other motorsports, like truck racing and off-road racing, prefer diesel over gasoline.

It’s a given that race cars have to be fast, so many models are designed to be as lightweight as possible. Additional weight slows down any vehicle, and sometimes the added burden is caused by the type of fuel and the car’s engine.

Race cars usually can’t handle or aren’t built to have diesel engines. These engines have greater torque to convert chemical energy to mechanical energy better. However, this makes them larger and heavier. A heavier engine is more prone to intense vibrations, which demands frequent maintenance compared to its petrol counterparts. Yet there are sturdier options that handlers of cranes and trucks opt to use. These are huge, though. 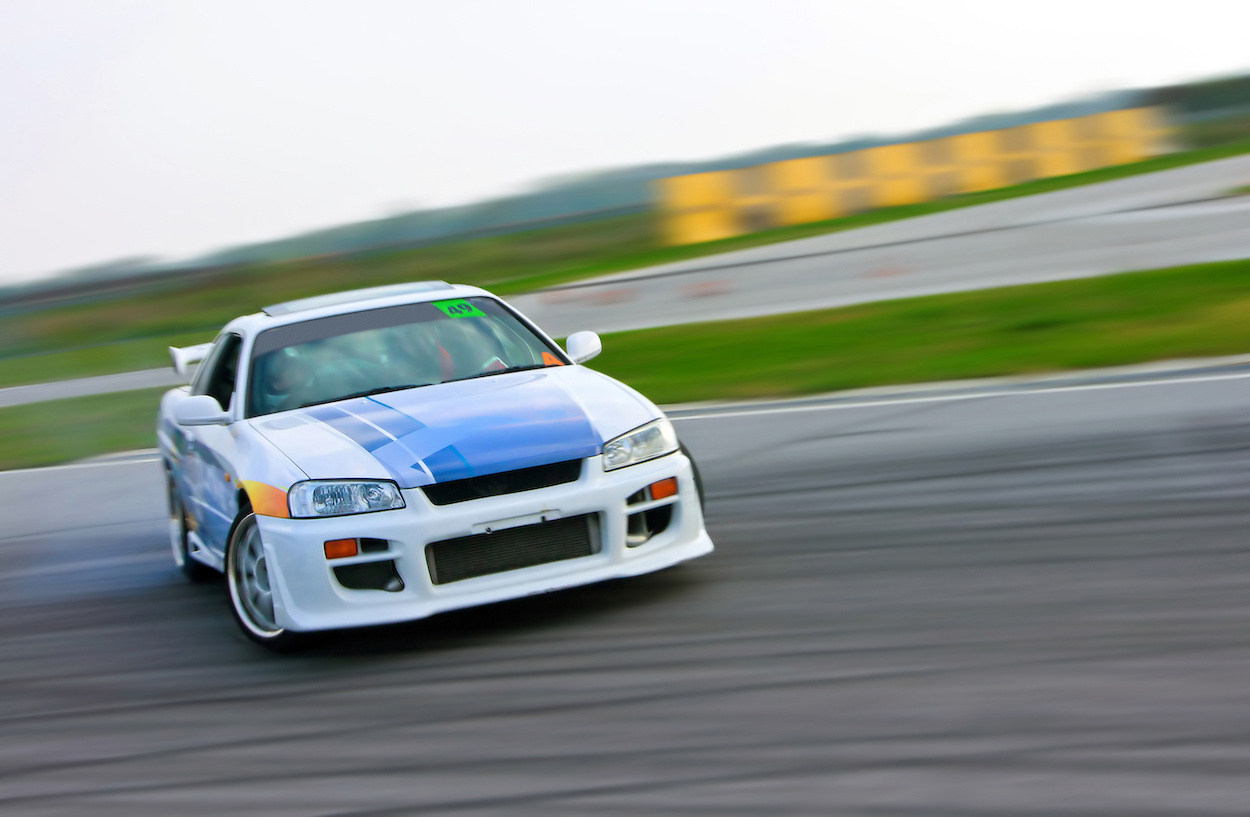 Racing car drifting on the track

A diesel engine’s mass affects its constant cycle of compressing, injecting and igniting the fuel. In this case, the engine will need extra, often heavy, components to fight against inertia and achieve more torque to perform. As you may have guessed, the auxiliary devices will increase the engine’s weight, making the car much heavier and slower.

Most racers may still choose a gasoline engine for its lighter weight and advantage of speed for their cars. Yet it’s not unlikely to see a winning race car running on a diesel engine with an improved fuel formula and efficiency.

Both fuel types have their advantages. One could outdo the other depending on the type of race. Of course, races like Formula 1 still have their preference for formula fuel for better performance. To compare, here are some of the most common car race types and which fuel and engine perform better:

As you can see, gasoline isn’t better than diesel or vice versa. A race car with a diesel engine can still excel in specific races that play on the fuel’s strengths.

As mentioned earlier, not all race cars run on gasoline. A handful of diesel-powered race cars have even won different tournaments worldwide. These are as follows:

Even if most diesel engines tend to run slower, many famous automobile manufacturers like Porsche and Audi have also made sports cars that run on diesel, like the 2014 Audi A7 Quattro TDI. Their cars are still lauded for their smooth rides and commendable speed.

Although many racers still prefer driving race cars with gasoline engines, there’s no denying that diesel-powered ones can do a fantastic job on the track. Thus, it’s not rare to encounter champion vehicles using diesel. Indeed, some race cars use diesel engines, but this may depend on several factors.