Daniel Ricciardo of Australia and Red Bull Racing drifts on the circuit with drifiting superstar Mad Mike during previews ahead of the Australian Formula One Grand Prix at Albert Park on March 21, 2018 in Melbourne, Australia.

“It was kind of cool!” said Daniel after his first-hand lesson in letting it all hang out from one of drifting’s biggest stars. “Because there are a lot of right-left and left-right combinations you can actually join the drifts pretty well through a lot of the corners. I feel like a lot of the track is built for drifting! It was sick, a lot of fun,” he added.

It was completely different to our aim which is getting around as fast as you can, but we still got around pretty quick sideways.

For ‘Mad’ Mike the session was a unique opportunity to showcase his skills at the wheel in front of the sternest critics in the business. 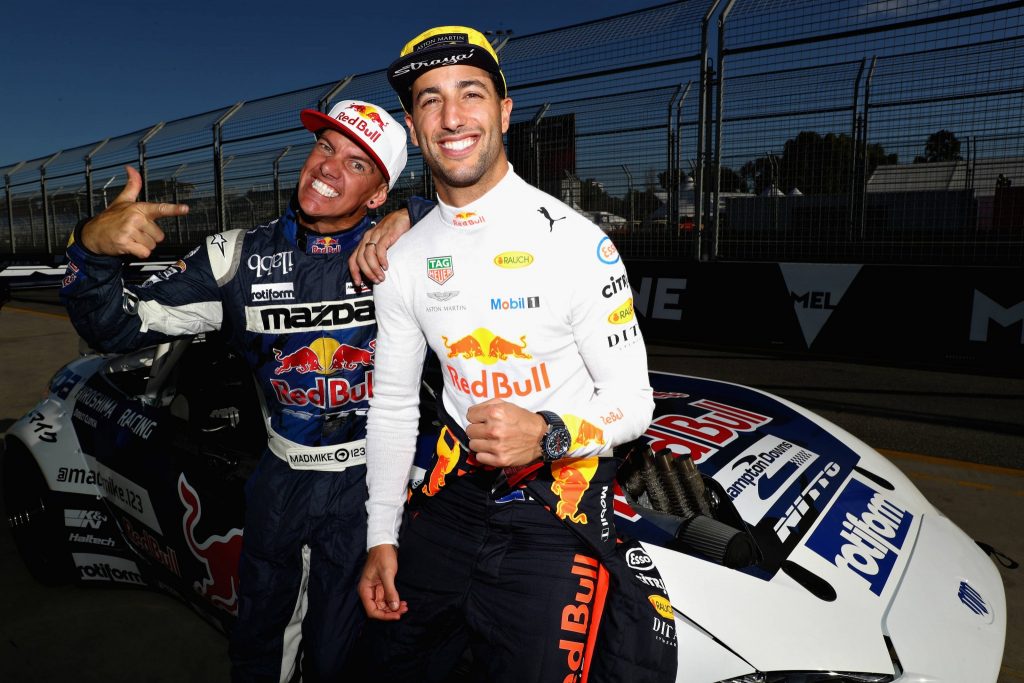 “This track is so gnarly, it’s so fast! It was an honour to bring drifting here and have the F1 teams be amazed, and to be respected in that manner was really cool,” said the Kiwi. “It’s such a different discipline of driving. With drifting, it’s explosive, it’s scary; it’s fun. It’s intensified so much because it’s judged and you’ve got three or four corners so one little mistake and you’re back on the trailer. 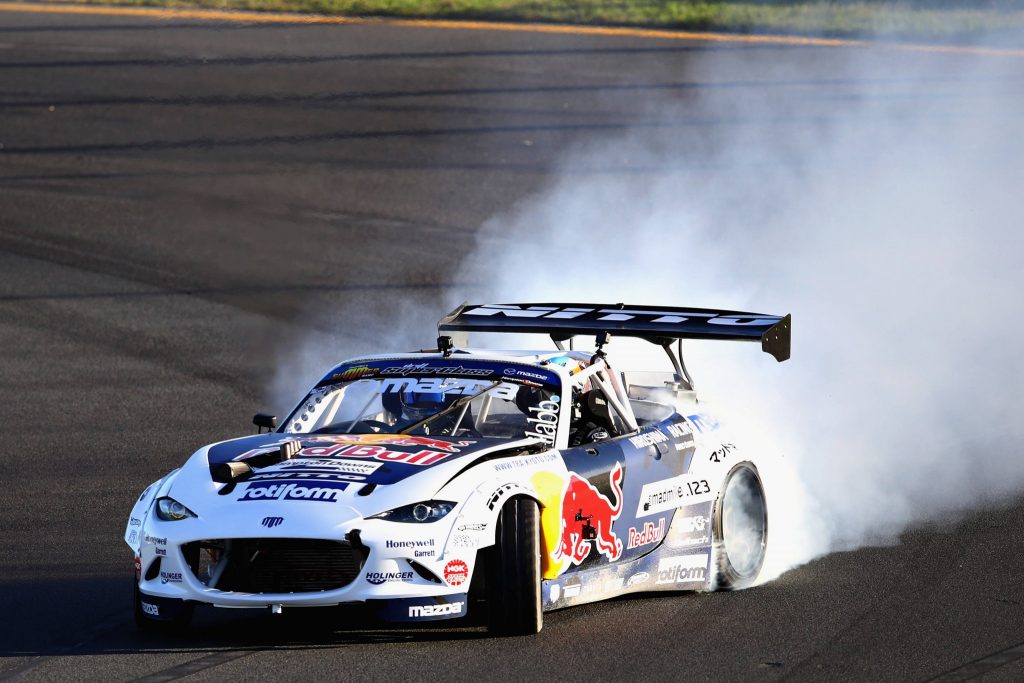