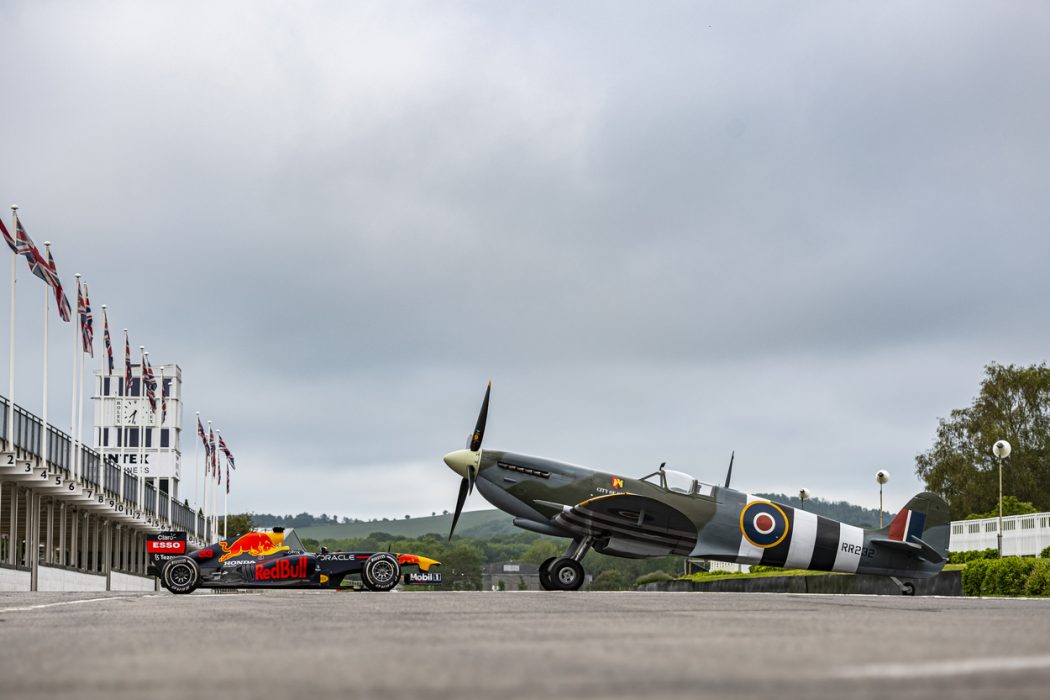 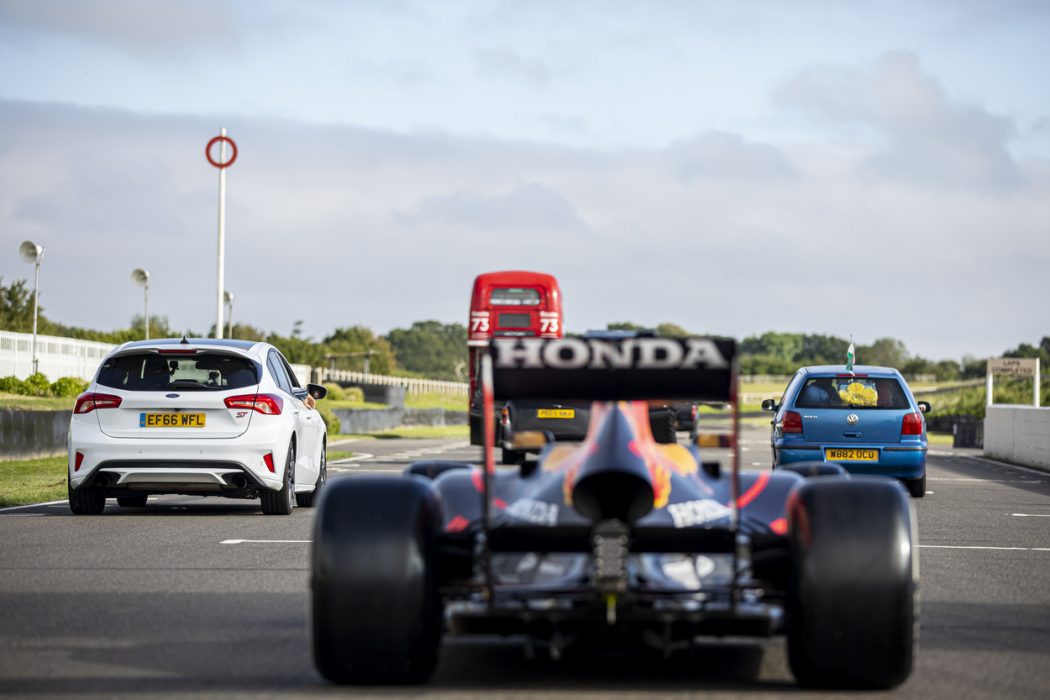 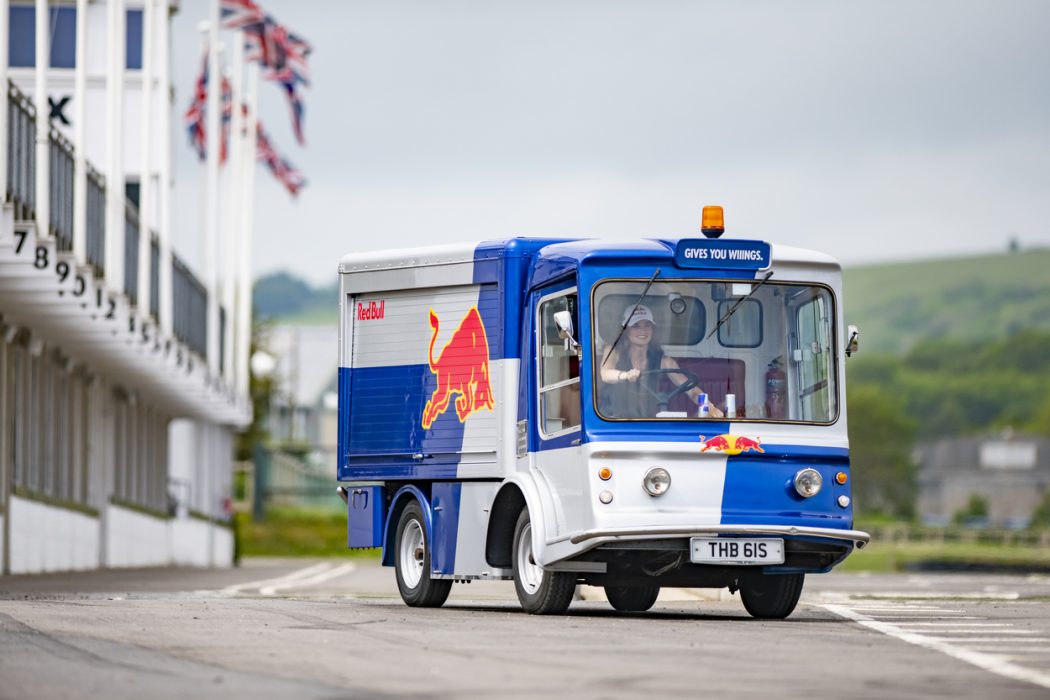 Catie Munnings drives the Bullman during filming for RBR vs Best of British at Goodwood Motor Circuit, Chichester. // SI202107120081 // Usage for editorial use only // 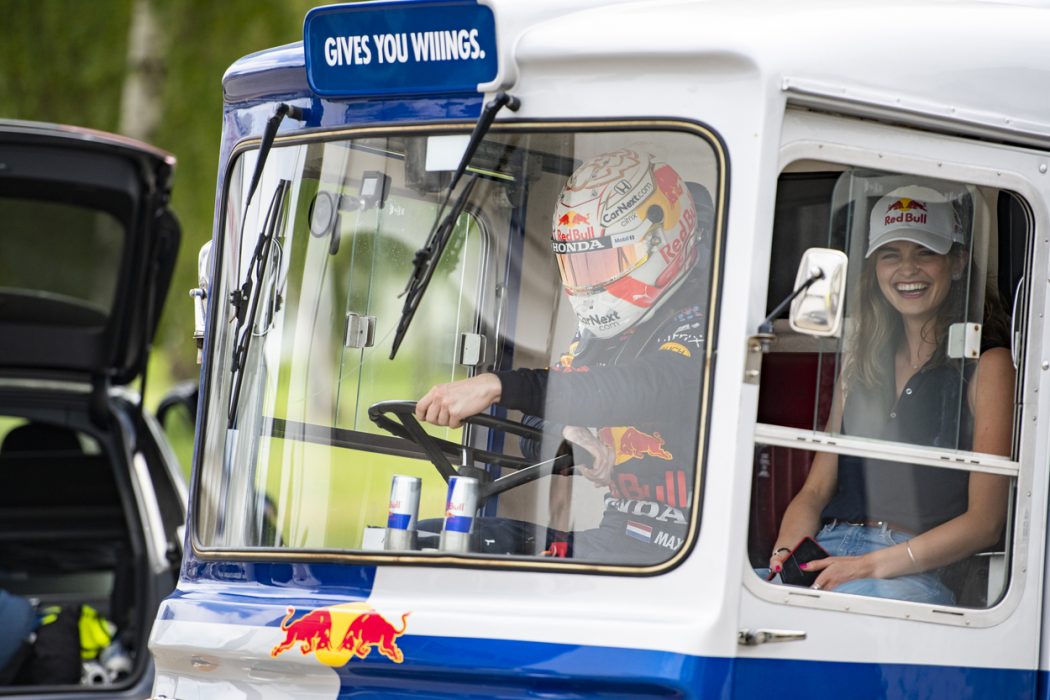 Catie Munnings during filming for RBR vs Best of British at Goodwood Motor Circuit, Chichester. // SI202107120084 // Usage for editorial use only // 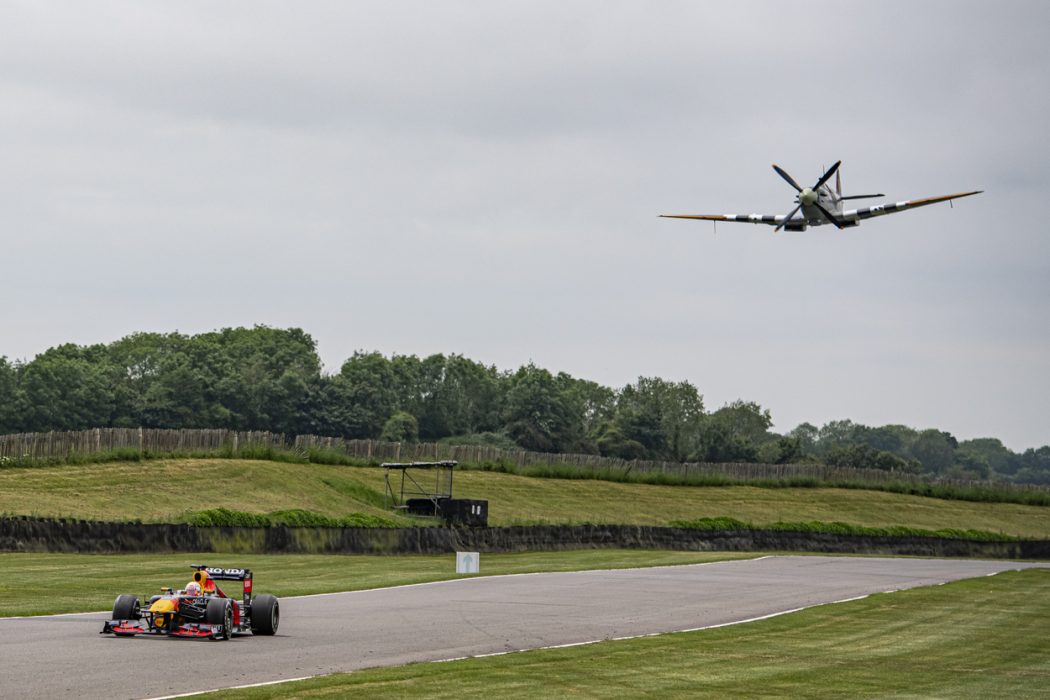 RB7 and a spitfire race each other during filming for RBR vs Best of British at Goodwood Motor circuit, Chichester. // SI202107120085 // Usage for editorial use only // 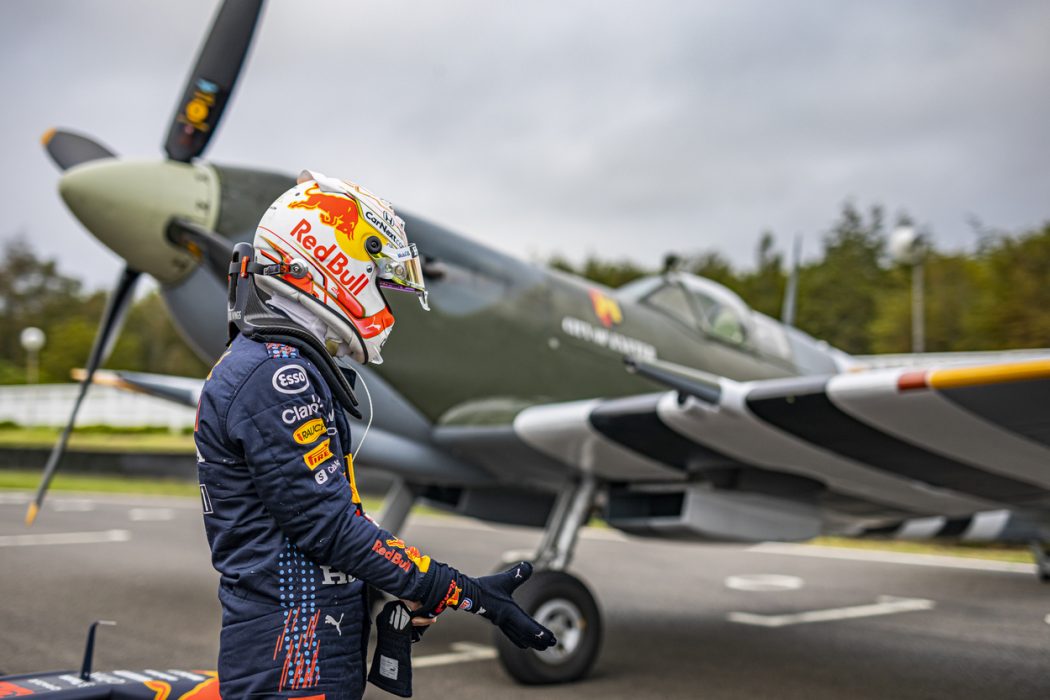 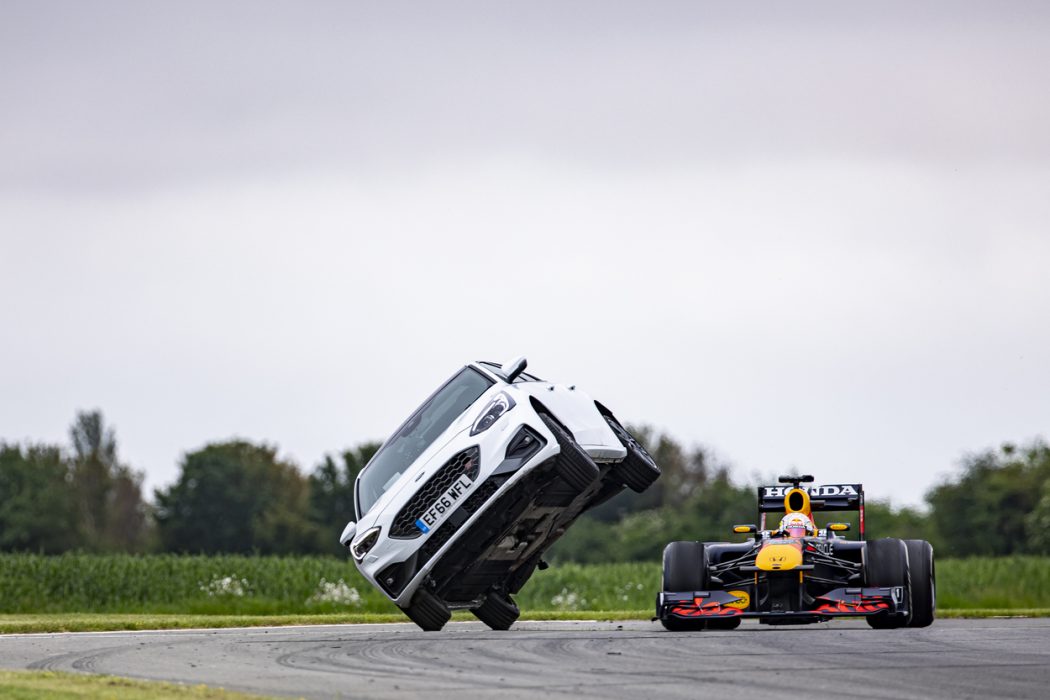 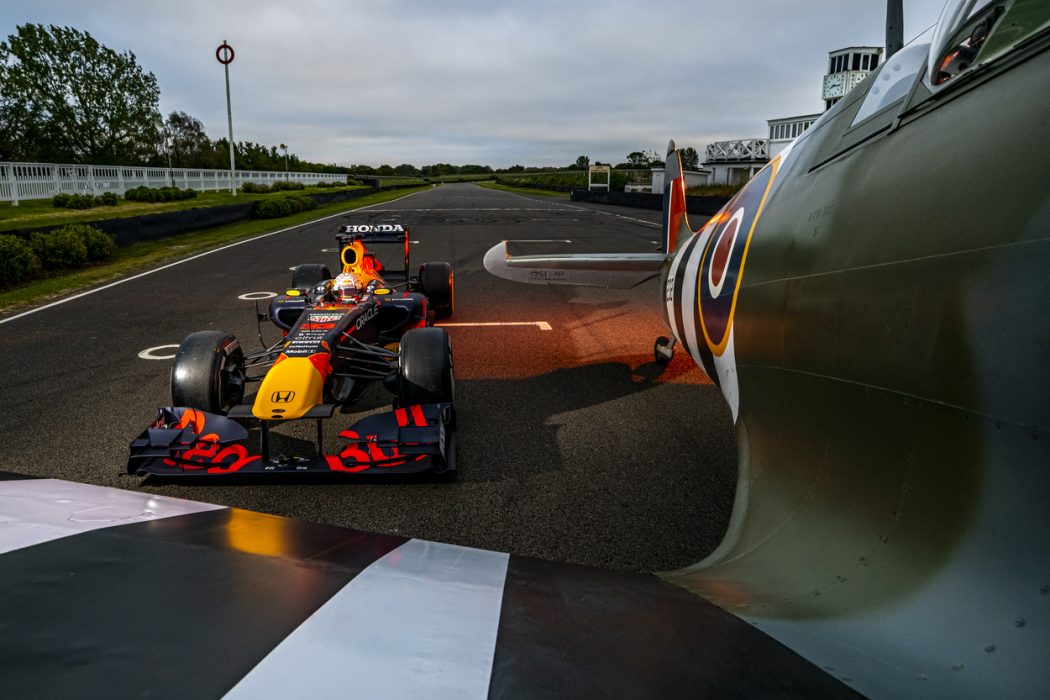 Max Verstappen in the RB7 performs against a Spitfire Plane during the filming for RBR vs Best of British at Goodwood Motor circuit in Chichester, United Kingdom on June 9, 2021. // SI202107120108 // Usage for editorial use only // 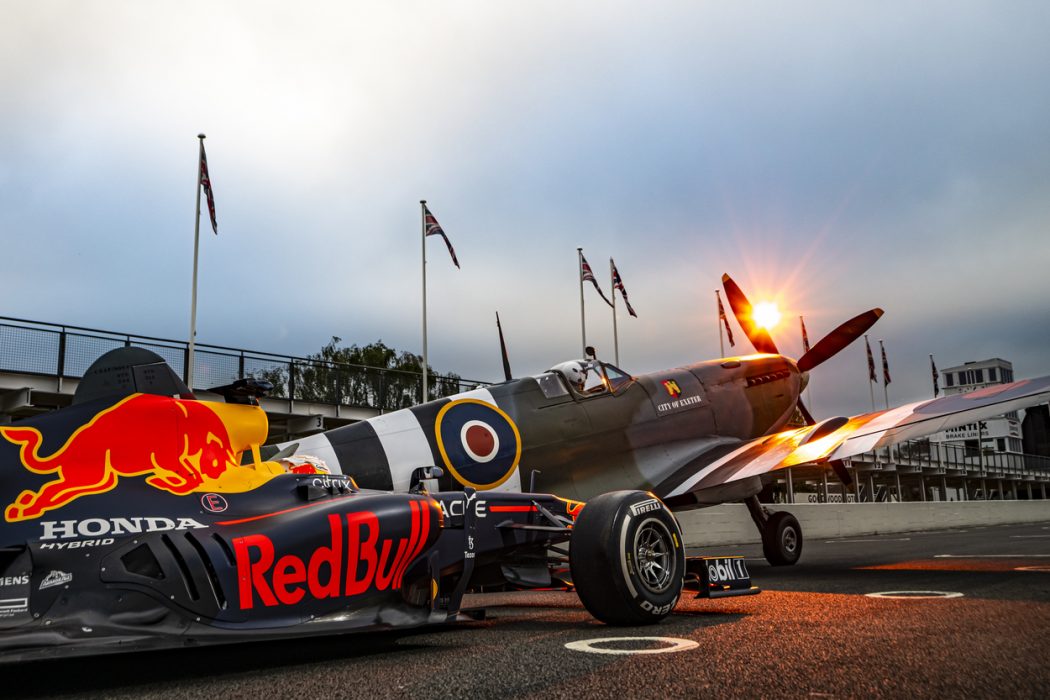 Best of British: Red Bull Racing Formula One team takes on Spitfire, bus and black cab ahead of Silverstone race.

Max Verstappen heads into this weekend’s sold-out British Grand Prix looking to build on his F1 title lead and he warmed up for the race by featuring in a video that sees the RB7 car take on some of the most iconic British vehicles; including a Spitfire, night bus and London black cab. Here is all you need to know:

With the paddock gearing up for a new Sprint Race format around Silverstone, the video sees the Red Bull Racing RB7 pitted against some of the most recognisable British vehicles of the 21st Century in a never-seen-before battle.

The championship-winning RB7 went up against a legendary icon of the skies – the Spitfire – as well as the ever-reliable night bus, the infamous London black cab and a white van.

The British Grand Prix will see the return of a full capacity crowd for the first time since 2019 with Verstappen looking to repeat his Silverstone 70th Anniversary Grand Prix win from last year.

Verstappen, 23, said: “When we were at Silverstone last year, the track was amazing, but the atmosphere was missing. To have the British crowd back again in full attendance will be really special and I hope that the race is going to be just as exciting.”

Team Principal Christian Horner revealed: “I think that Silverstone is going to be a big challenge. It’s been a stronghold of Mercedes for several years now, but it’s another opportunity (to win). With the first of the new Sprint Races this year it’s going to be a new event format – and extra points available. So it’s going to be a really exciting weekend.”