Hints of the endgame

Hints of the endgame: Mithila and Kunal host the weekly Inside Line F1 Podcast, which aims to add some much-needed humour to the otherwise serious sport of Formula 1.

The results from the 2019 Australian Grand Prix were a surprise – the biggest surprise being that of Valtteri Bad*ss winning the opening race of the season for Mercedes in the commandeering fashion that he did. Big credit to his turnaround in performance has been attributed to a rule change that came in to force from this season – separation of the driver and car weight. This change has allowed the bigger (and heavier) drivers to eat with a bit more freedom – basically live a more healthy life. Who would’ve thought that all Bottas would need to beat Hamilton comprehensively in the opening round was more food!

The other surprise was Max Verstappen and Red Bull Racing-Honda. Verstappen, who doesn’t usually like to score till the calendar has crossed the third-way mark into the season, managed to split the two Ferraris in qualifying. On race day, he kept his race clean, apart from a few “lawnmower” moments, and managed to overtake Sebastian Vettel for third place. The Dutch fans would’ve erupted and claimed a holiday on Monday had Verstappen managed to overtake Hamilton after coming this close. As for Red Bull Racing, their decision to switch to Honda power was vindicated in the best way and at the aptest time possible. Sorry, Daniel Ricciardo! 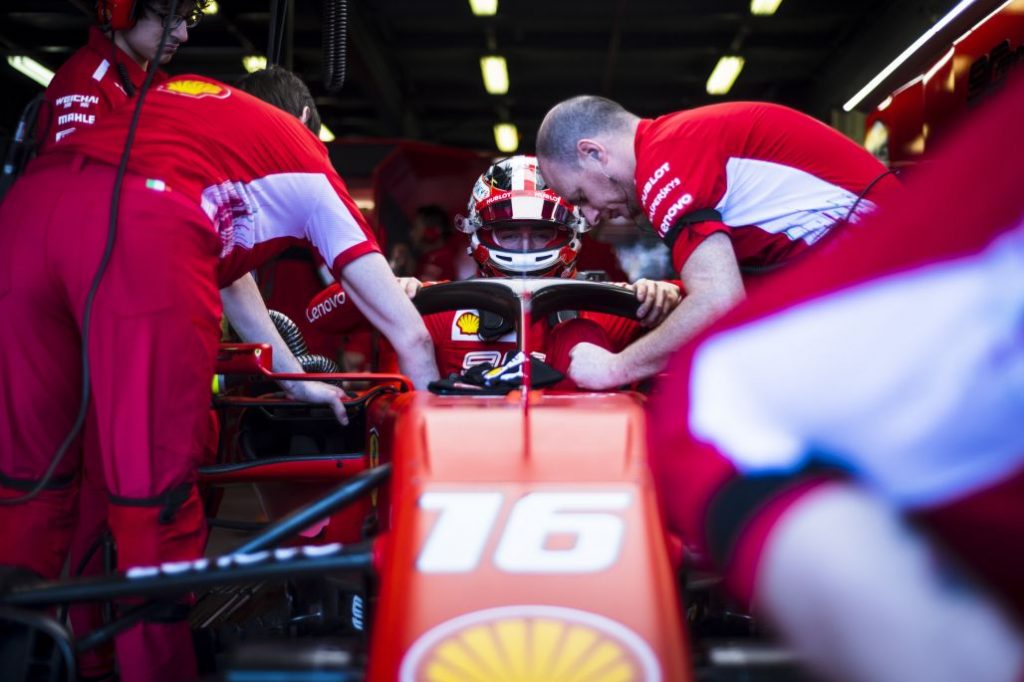 Finally, the least surprising result was that of the Ferraris. We have seen time and again how pre-season testing has no bearing on actual form in the races. For Ferrari’s sake, let’s hope that Australia was an outlier – something that the team and their drivers are time and again claiming. Apart from the lack of pace, Ferrari was also reprimanded by their fans for using team orders – they refused Leclerc’s request to overtake Ferrari. In fact, it was Leclerc’s question that sprang a surprise. Instead of asking if he could overtake Vettel, he asked the pit wall if he should stay behind. No, I am not being nit-picky about how a Formula 1 driver racing in the top 5 couldn’t frame a question correctly in a language that isn’t his primary – but again, this does give a hint to the sort of mind-frame Leclerc has been put in with a Ferrari.

Further down the grid, the drivers who qualified lower down the order and ran on the reverse (medium-soft) tyre strategy saw themselves get the jump on their higher-placed rivals using the conventional soft-medium strategy. Now you know how Lance Stroll and Daniil Kvyat, the critics’ favourites, scored points in Australia. Kvyat vs. any Red Bull is always a joy to watch – this time it was Pierre Gasly who couldn’t find a way past. Will we ever have a Kvyat vs. Verstappen this season?

Haas, the unofficial superstars of the Netflix-Formula 1 show, claimed to have practised 300 pit-stops in the run-up to the opening round of the season. As with 2018, it was the pit-stops that caught them out – costing Kevin Magnussen vital race time (even though he finished best of the rest in 6th place) and handing Romain Grosjean his first retirement of the season. For the producers of Season 2 of the Netflix-Formula 1 documentary (if there is going to be one at all), they could just re-use much of episode 1 from Season 1!

Haas, the unofficial superstars of the Netflix-Formula 1 show, claimed to have practised 300 pit-stops in the run-up to the opening round of the season.

Finally, McLaren and Williams not scoring points were no surprise. Although rookie Lando Norris’ P8 in qualifying did raise hopes for McLaren fans. In fact, those very fans were accustomed to seeing a Spanish driver racing a papaya-coloured McLaren retiring from a race with a failing engine and Carlos Sainz Jr. did well to fill in Fernando Alonso’s absence. Lastly, despite Nico Hulkenberg’s 7th place finish, Renault’s dejection is understandable. It took only 13 laps for them to experience their first engine blow-out of the season (in Sainz Jr’s McLaren). But what took the even lesser time (four seconds or thereabouts) was for them to see Daniel Ricciardo’s overdriving at the start cost him a front wing before even reaching the first corner at Albert Park. For all of Ricciardo’s magical clean racing in Red Bull, let’s see how well he copes in the uber-competitive mid-field.