Valtteri claims an impressive podium for the Mercedes-AMG Petronas F1 Team after starting from the back of the grid at the 2021 Formula 1 Italian Grand Prix, with Lewis suffering his first DNF of the season after a collision with Verstappen at Turn 2.

Valtteri capped off a strong weekend, fighting back from P20 with a number of smart overtakes to cross the line in P4 before being awarded P3 following a time penalty for Perez.

Lewis and VER collided on Lap 26 of 53 when Verstappen attempted a pass on the inside of turn 2, making contact with Lewis and sending both cars into the gravel, with the Red Bull springing into the air and coming to rest on the Mercedes. Both drivers were forced to retire and Verstappen was awarded a three-grid place penalty for the next event by the Stewards shortly after the race as a result.

Obviously disappointing for me to end the race in the manner that it did. I thought the Team did a great job with the strategy, and we were in a good position until that collision on Lap 26. From what I remember, after I came out of the pits, I saw Max coming and I made sure I left a car’s width on the outside for him. I went into Turn 1 and I was ahead, and I was ahead going into Turn 2, and then all of a sudden, he was on top of me.

All in all, not a great end to the weekend for me but it was good to see that Valtteri carried the Team with his amazing recovery drive. Coming from the back all the way to the podium on a track like this is not easy. The Team did a great job and coming away with more points than Red Bull is definitely positive.

I told the Team that I was going to be on the Podium today so I am glad we did. A great recovery from me, I don’t think I’ve made up that many places in a race in my career. Starting from the back is never easy, and in the end, I am glad we got more points than Red Bull today, especially considering where we were before the race. It was enjoyable out there, with some good overtakes and some good racing.

The battle with Perez was a good one and I am very happy with my result. Probably one of my better weekends with Mercedes, I think I was strong all weekend so that is very satisfying. Obviously, it is a shame about the crash with Lewis and Max – we lost some important points there. I haven’t really seen the incident properly yet but I am glad to hear he is ok. Now we need to look ahead and I hope to carry this momentum into Russia, a track where I’ve done well in the past.

Another mixed afternoon for us. On the one hand, Valtteri did an incredible job coming from P20 and getting a podium for the Team. He has been on top form this weekend and P3 from the back of the grid is thoroughly deserved after his performance all weekend. On the other hand, the incident with Max was really unfortunate for Lewis, as he seemed to be in a great position after his stop. If you compare it to Lewis at turn four on lap one, where he backed out, I think it was clear for Max that his positioning would end in a crash. The stewards have made their decision but it is clear that without the halo this could have been much worse.

It was a great drive by Valtteri today to get back to the podium; it was such a shame that we had to take a penalty with him as a weekend like the one he put together would normally be rewarded with a win. It’s sad that Lewis’s race had to end the way it did but it is a relief that he had the extra protection of the Halo today otherwise it would have been very nasty. Max was never going to make the corner but it seems like he will always choose to force the issue rather than concede a position to Lewis. It’s frustrating to have had a car that was so quick and leave here with so few points but the reality is that there are many areas where we need to perform better. Valtteri can be proud of what he did but as a team, we’ve got to be critical of ourselves in a number of areas of performance and reliability, we’ve not been at the level we need so fixing that has to be our priority right now. 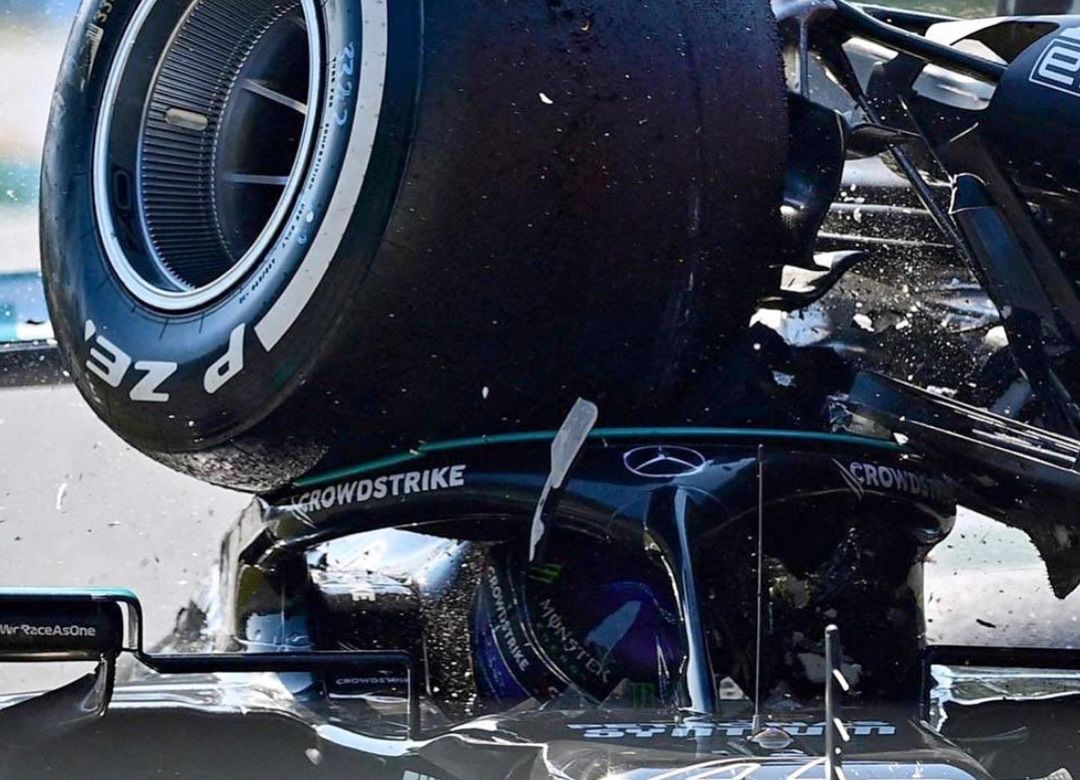 Verified The Halo saved Lewis’ life today. 🙏 Thank you again to the FIA and to everyone who works to make our sport a safer place. ❤️ 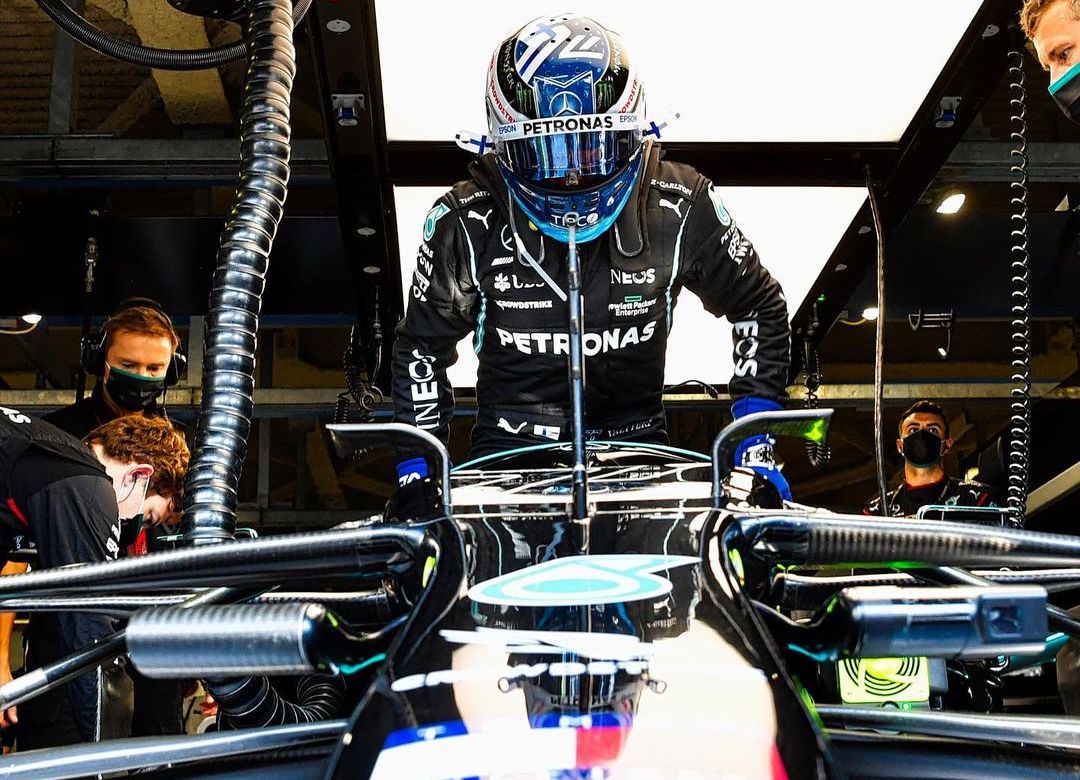 Race day 🇮🇹🏁 Will be a challenge today but will keep fighting to get up the grid! 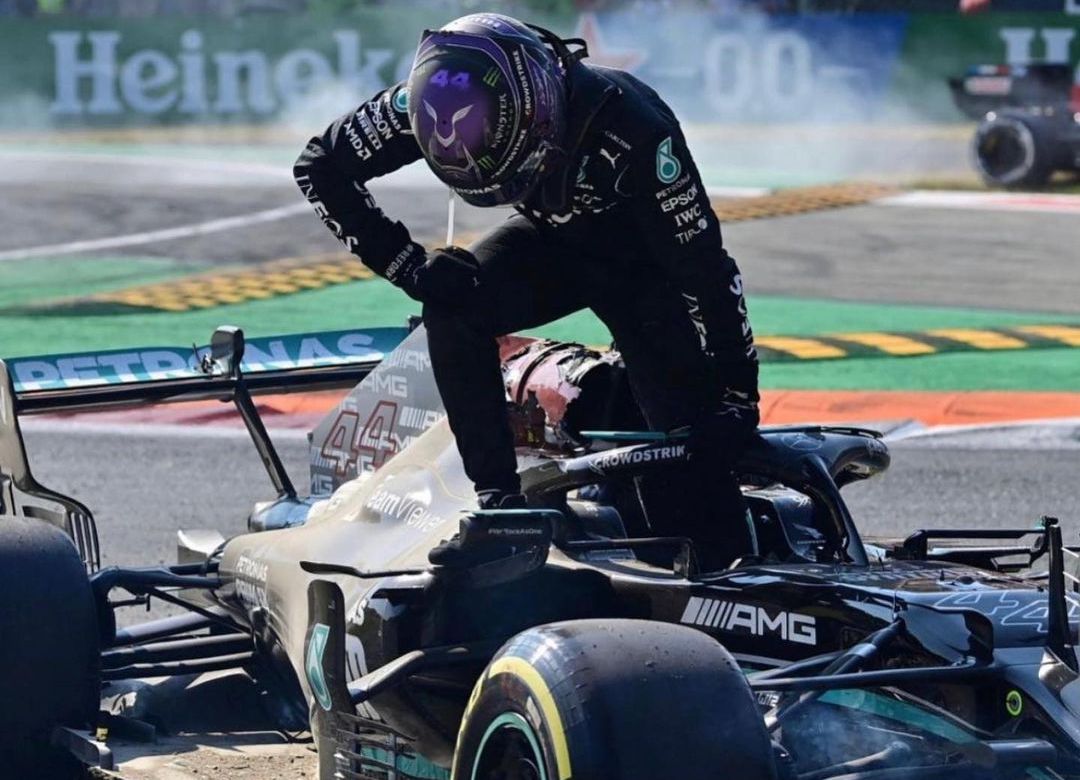 It’s days like today, I am reminded of how lucky I am. It takes a millisecond to go from racing to a very scary situation. 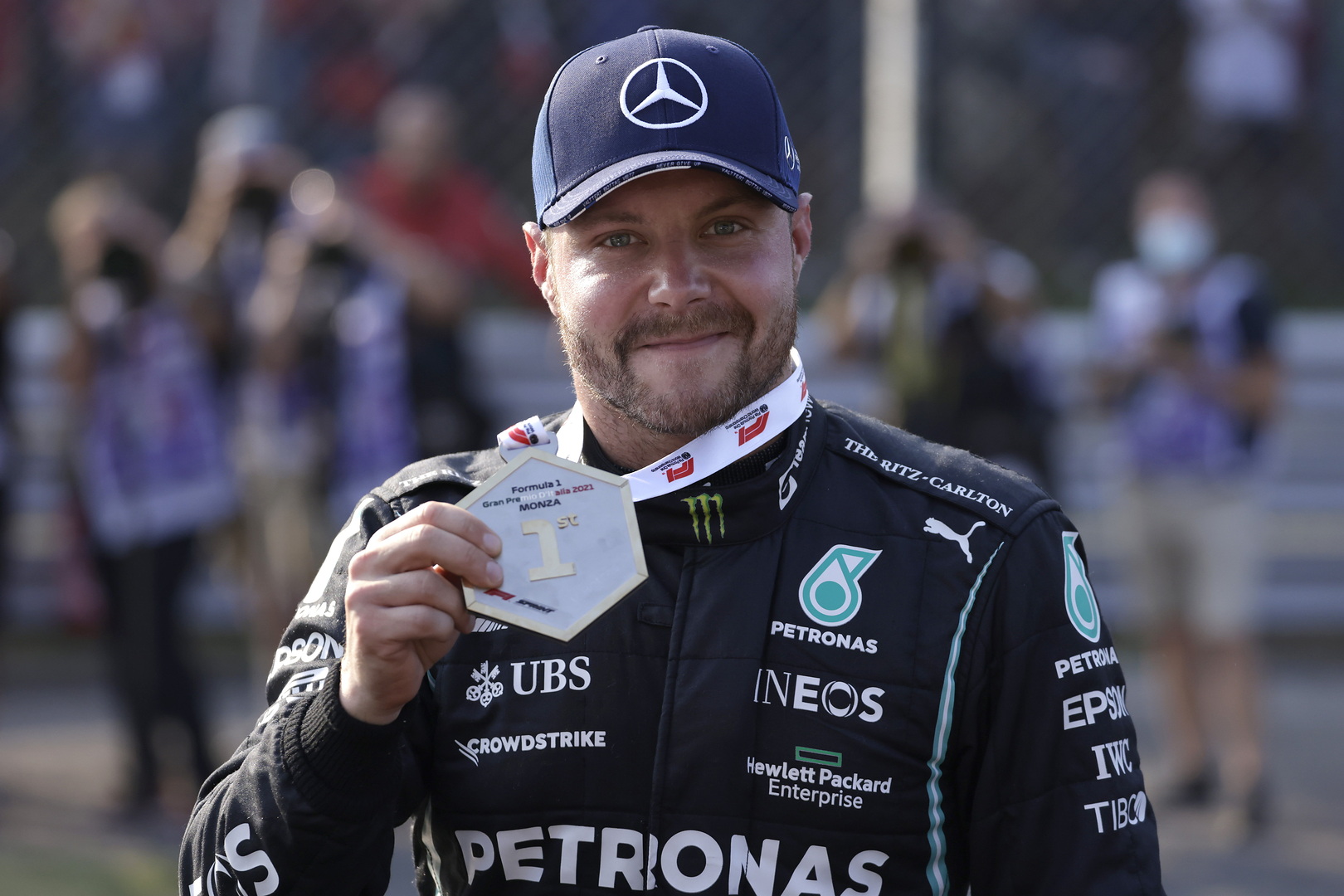 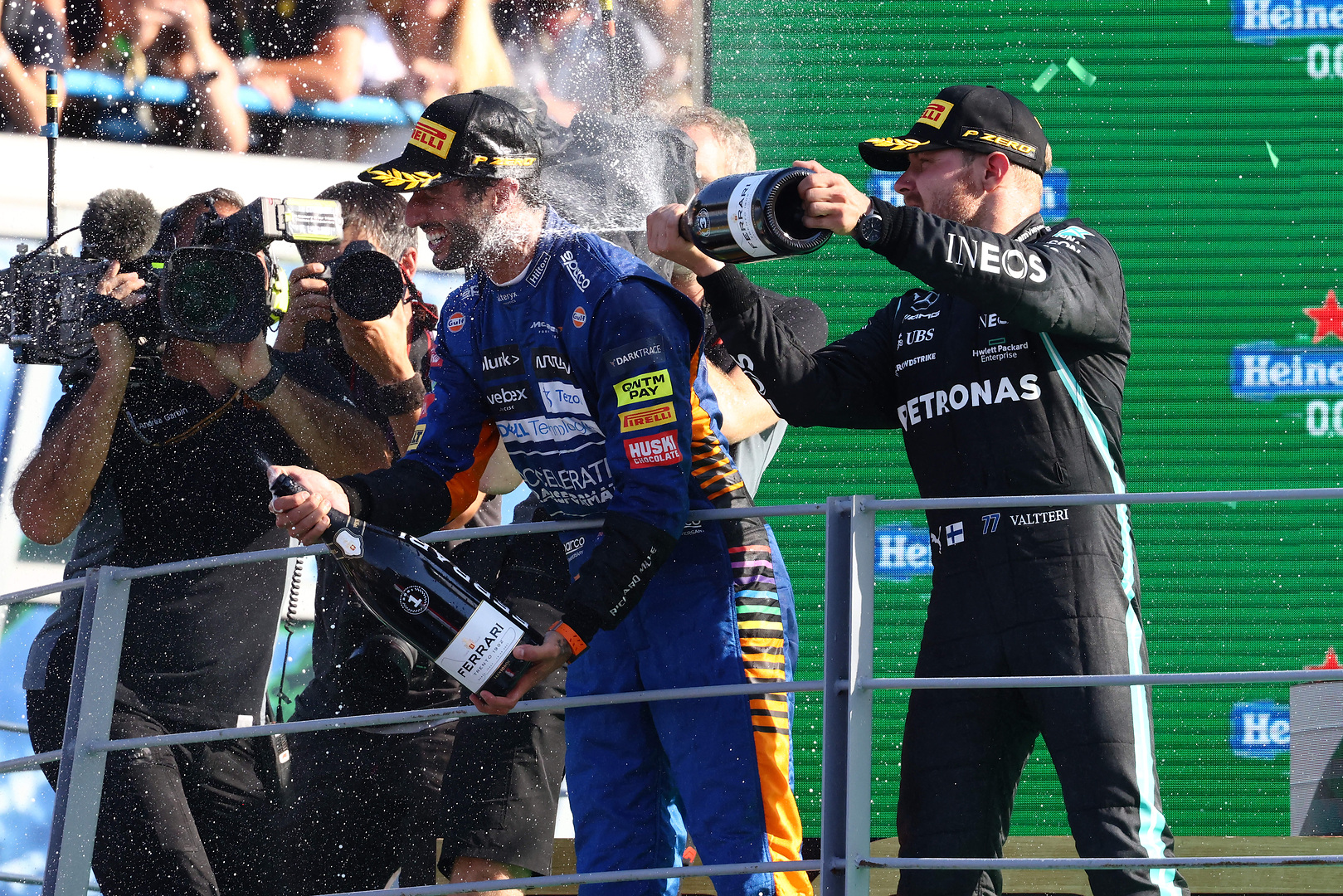 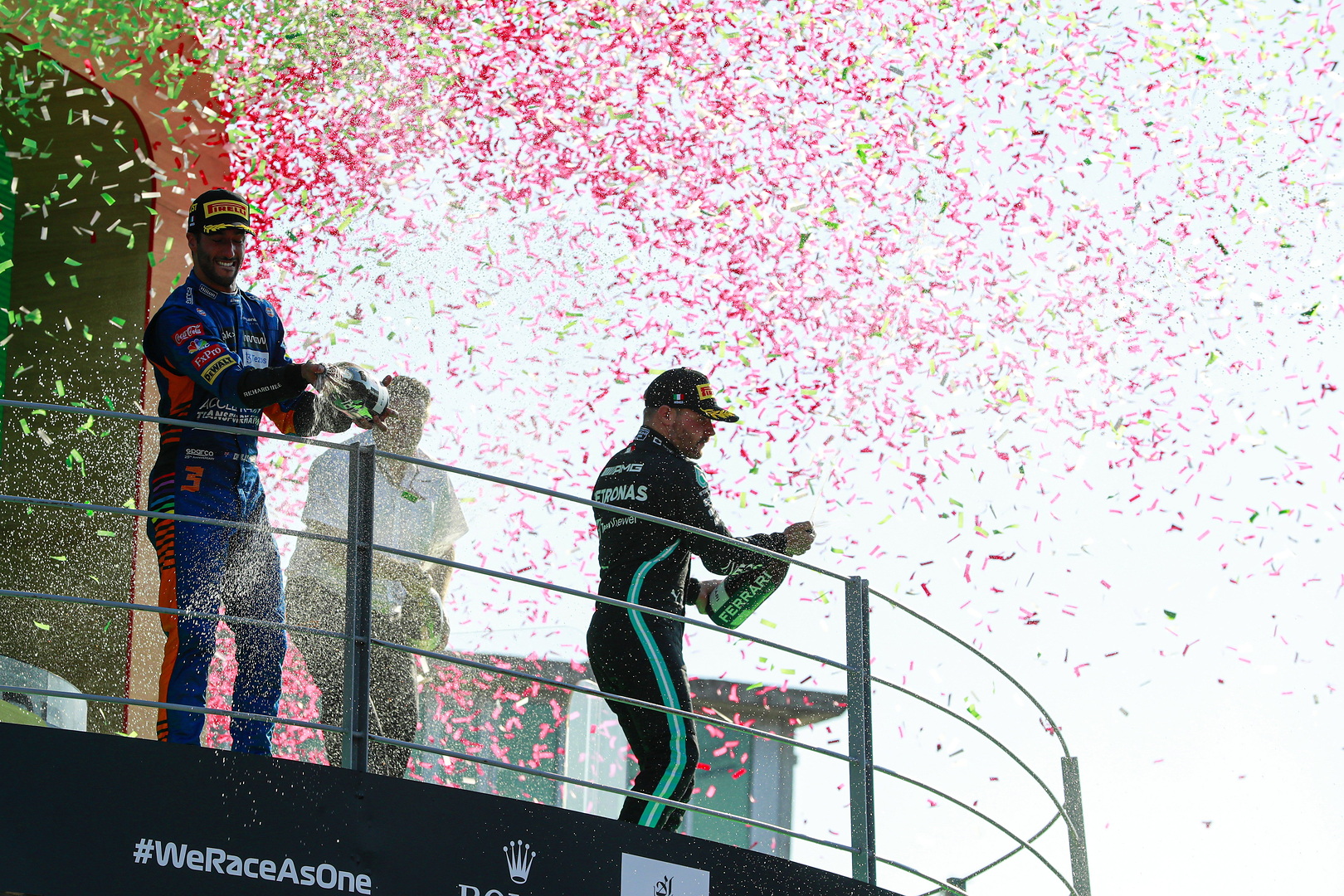